Could you elaborate a bit on the design of the Phono Enhancer?
Tying into the last page, I can say that the crucial point was to create a topology which allowed me to control the corner frequencies of the de-emphasis characteristics independently of each other by means of varying resistor values. The favorable control range of each dial was determined and optimized by ear through evaluating hundreds of vinyl records with my laboratory sample just as it behooves a practitioner and music lover like me. 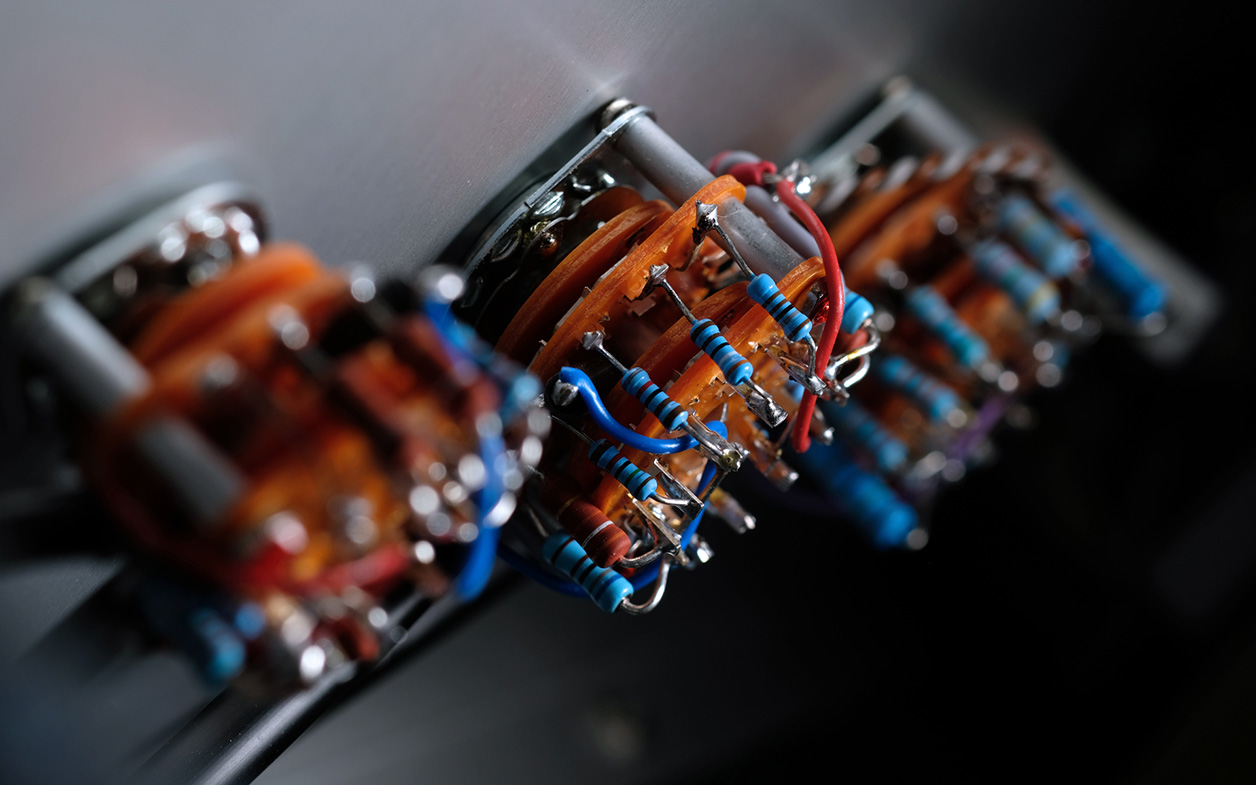 I know that over the years you introduced some upgrades or enhancements to the phonostage. Could you elaborate on those, especially on the current version I have on review?
The main concern was not so much to improve sonics but to simplify the circuit without sacrificing sound quality or compromising S/NR. I wanted to determine the infimum of the concept so to speak. It's a mathematical term for the greatest lowermost limit. The MkI units still relied on 8 triodes distributed over 5 glass envelopes, 1 x PCC88, 2 x 12SN7GT and 2 x PC86. The MkIII Enhancer you have features only 4 triodes in 3 glass envelopes, 1 x PCC88 and 2 x 6J5GT. That's pure active MC phono gain with excellent signal to noise from a modest two triodes per channel operated class A at high idle current. It's a good example for a how an already minimalist circuit can be further condensed down to its bones. Why should one pass the signal through three operational amplifier ICs each of which is composed of an army of at least 30 individual on-chip transistors driven at piddly idle currents as it is done in numerous phono devices claiming to be high end? Moreover, after reconsidering the implementation of the tone dials I found a way to completely abandon residual switching noise which was still present in the MkI and earlier MkII units.

Could you tell us your favorite music, maybe name some artists and/or albums you particularly value?
I like all kinds of music – classical, Jazz, Rock, Blues, Metal, Fusion, Funk and I'm always keen to broaden my horizon in this or that direction. My latest discoveries were The Funky Knuckles (neo funk), Leopold Silvius Weiss (a lute virtuoso and composer during the times of J. S. Bach), Moon Child (neo soul from California), Electrodeluxe (acid Jazz from France with their first 3 albums, the later albums are much weaker), R3 Special Big Band (fantastic easy-listening big band Jazz with a Latin touch). Considering the variety of musical styles mentioned, a very unique band comes to my mind: Gentle Giant. It's a legendary progressive rock band from the 1970s I truly adore. The band members themselves are true musical giants who have managed to integrate all kinds of styles into their own musical language; seamlessly. Hard to believe but true. Please check them out. The center of gravity of my musical interest however is J.S Bach and things like his C-minor Passacaglia and Fugue, the six Trio Sonatas for organ, the Saint Mathew's Passion, the Mass in b-minor, the Suites for harpsichord to mention just a few well-known examples from his extensive catalogue of masterworks. These are pieces I've heard hundreds of times and still they never fail to excite me like a child. Hardly a day passes by when I haven't occupied myself with Bach's music in one way or the other; listening, studying, playing.

This concludes our interview to segue directly into my review. I felt honored to do it because, whilst to market already for a few years, it's not been reviewed yet as far as I know. I've been a vinyl fan since I was a kid. My parents had just a simple console with built-in phonostage, amplifier and one (!) speaker plus a bunch of heavily worn mostly singles and so-called musical postcards. In hindsight it must have sounded terrible but 40+ years ago I was delighted to get sucked into the wonderful world of black (at least some were black) records. As a teenager, saving money for quite a long time bought my first real turntable. My dad added an amplifier and speakers and my life-long LP adventure began in earnest. Buying records in Poland back then was quite a challenge and most available releases weren't particularly good quality but that didn't stop me. I just knew that this was the way I wanted to listen to music. It affected or touched me far more intensely than the polycarbonate silver discs.