This review and interview first appeared on HifiKnights.com. By request of the manufacturer and permission of the author, it is hereby syndicated to reach a broader audience. All images contained in this piece are the property of Marek Dyba or Thöress – Ed. 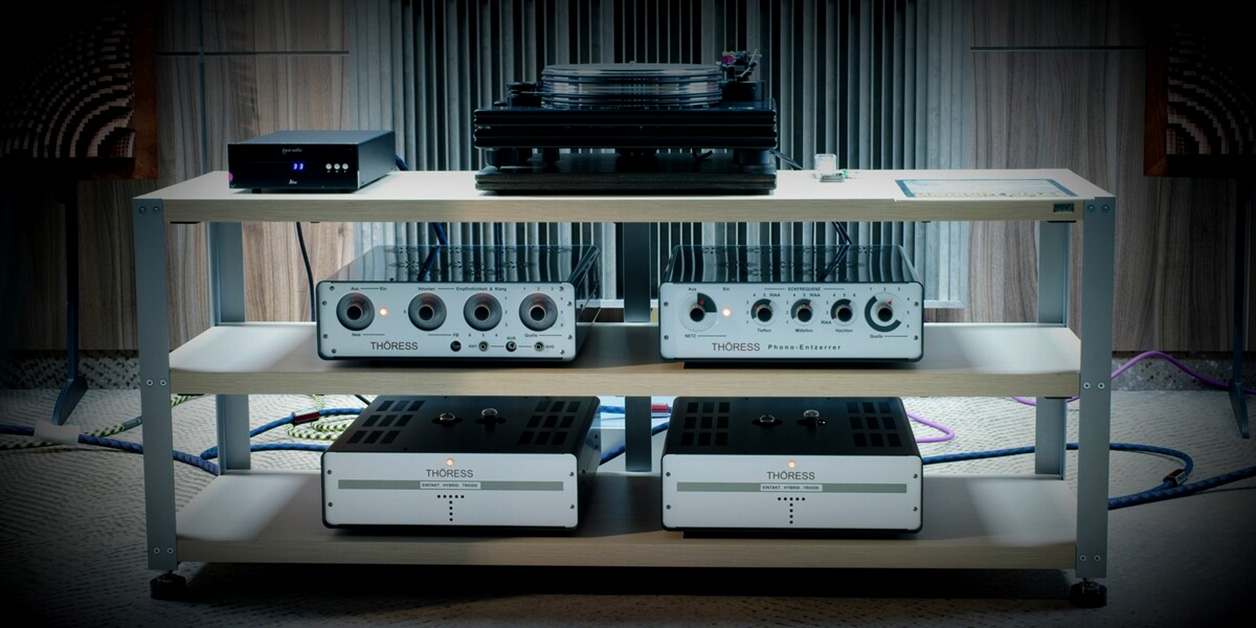 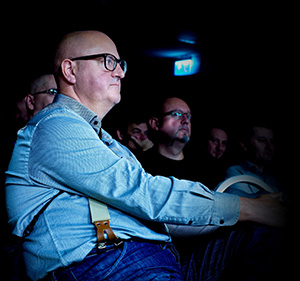 To augment this review of the Thöress Phono Enhancer—a stunning phono stage from Germany which looks a bit vintage and offers unique features—I thought it good to use the occasion and talk to the designer. Hence this interview with Reinhard Thöress, the man behind this particular product and currently nine more that are equally as unique. Consider it an introduction and chance to get to know Reinhard a little before the review kicks off.

Marek: I'm sure that a lot of readers are already familiar with your brand but for those who aren't, let's start with some history. Tell us how and when did it all begin for you. What got you into the audio industry?
Reinhard: Since childhood, music always played an important role in my life. To me, attending concerts, playing the piano, collecting and listening to records and researching good music all were and continue to be a big source of joy. I remember vividly that as a teenager, I frequently used to travel to Düsseldorf after school. I'd spend a couple of hours in various record stores until closing time only to move on to the Tonhalle's Schumann Saal or some church to attend a good concert. On other opportunities I traveled to Cologne to go to their opera or the broadcast venue of the Westdeutsche Rundfunk to listen to their big band or some avantgarde music.

Such a trip was often preceded by a visit to Saturn which at that time was the biggest record store in Europe. I usually left with a big heap of vinyl under my arm. In view of such a lifestyle, it was only a question of time until hifi would become a point of concern in my professional life. My interest in vacuum tube electronics awakened as I enjoyed music on a vintage tube amplifier I'd rescued from a flea market. That old-timer completely blew away my Cyrus One amplifier, a solid-state device which at the time enjoyed the reputation of being a highly musical component. After this memorable experience I instantly grew aware that it was worth to more closely explore hifi, particularly vintage components and tube amplifiers. 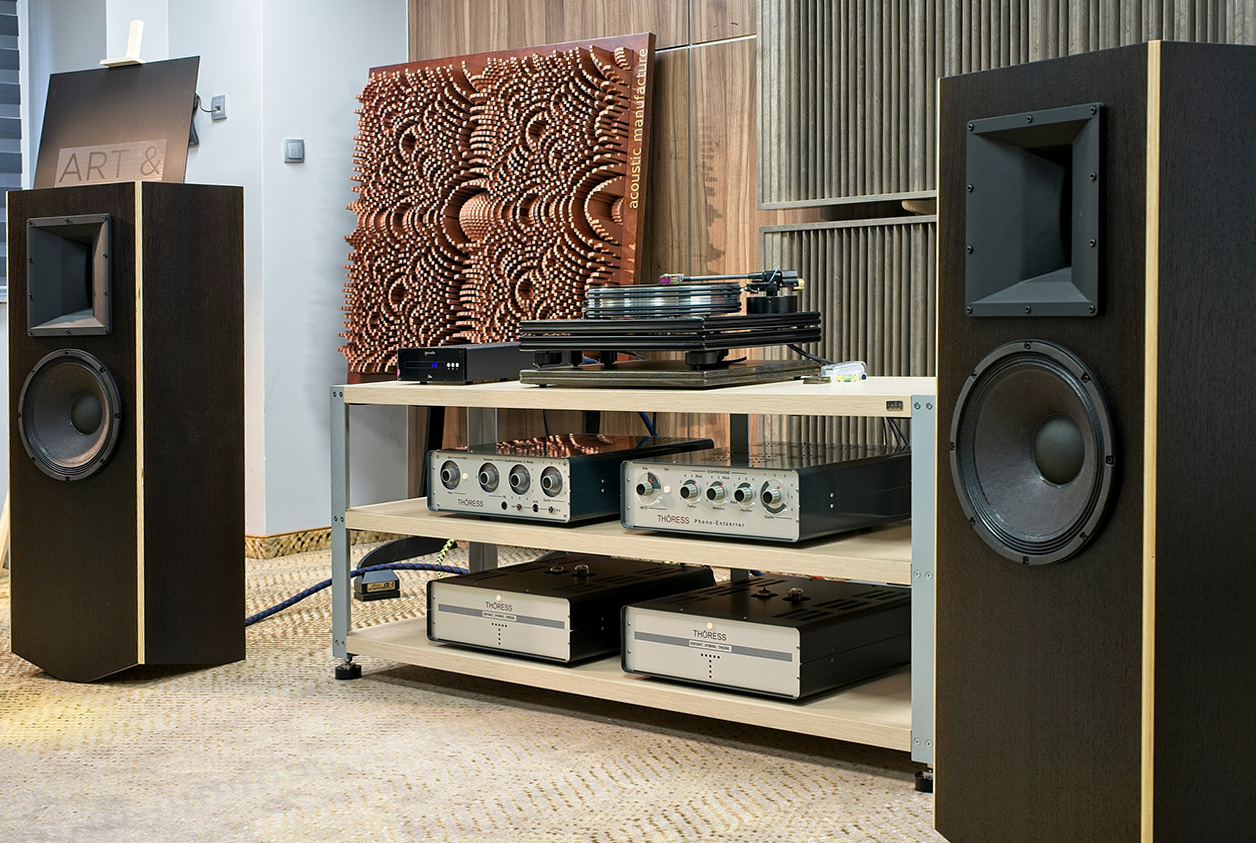 Do you remember your first  system?
Of course, vividly. It was a Linn Axis transcription motor table, Linn Akito tone arm, Shure V15-III  MM cartridge with that Cyrus One integrated, Celestion Concertino speakers and a Philips CD160, a 2nd-gen 16-bit CD player with TDA1541 chip. I payed for it with my first regular salary as university tutor. The gear I owned before acquiring this fairly decent system was cheap crap not worth mentioning but for one truly spectacular exception – the old Philips tube radiogram I had in my childhood. As I learnt decades later, it was a fantastic and pretty outstanding if not avantgarde piece of kit with an 800Ω (!) oval wideband paper cone driven by an output-transformer-less (OTL) tube output stage invented by Philips in the late 1950s.

What was the first component you ever built?
Mono amplifiers tailored around the legendary AD1 direct-heated triode inspired by Jean Hiraga's paper published in the French DIY magazine L'audiophile during the 1980s. It had paper-in-oil caps in the power supply, 6SJ7 pentode drivers and output transformers of questionable origin and quality I'd purchased in an electronic surplus shop for little money. Getting hold of decent output transformers was a big and bank-breaking deal at the time. Such parts had to be imported from Japan where much in contrast to Europe then, SET amplifiers enjoyed vivid popularity among audiophiles. So I was literally condemned to study audio transformer design and make my own to realize my projects. Over the years I designed and manufactured almost all kinds of inductive parts one can think of: output, interstage and MC step-up transformers, anode and filter chokes and all kinds of mains transformers partly for my own needs, partly for the German DIY market. The coils are made on the vintage winder from 1964, curiously the year of my birth [upper right below]. 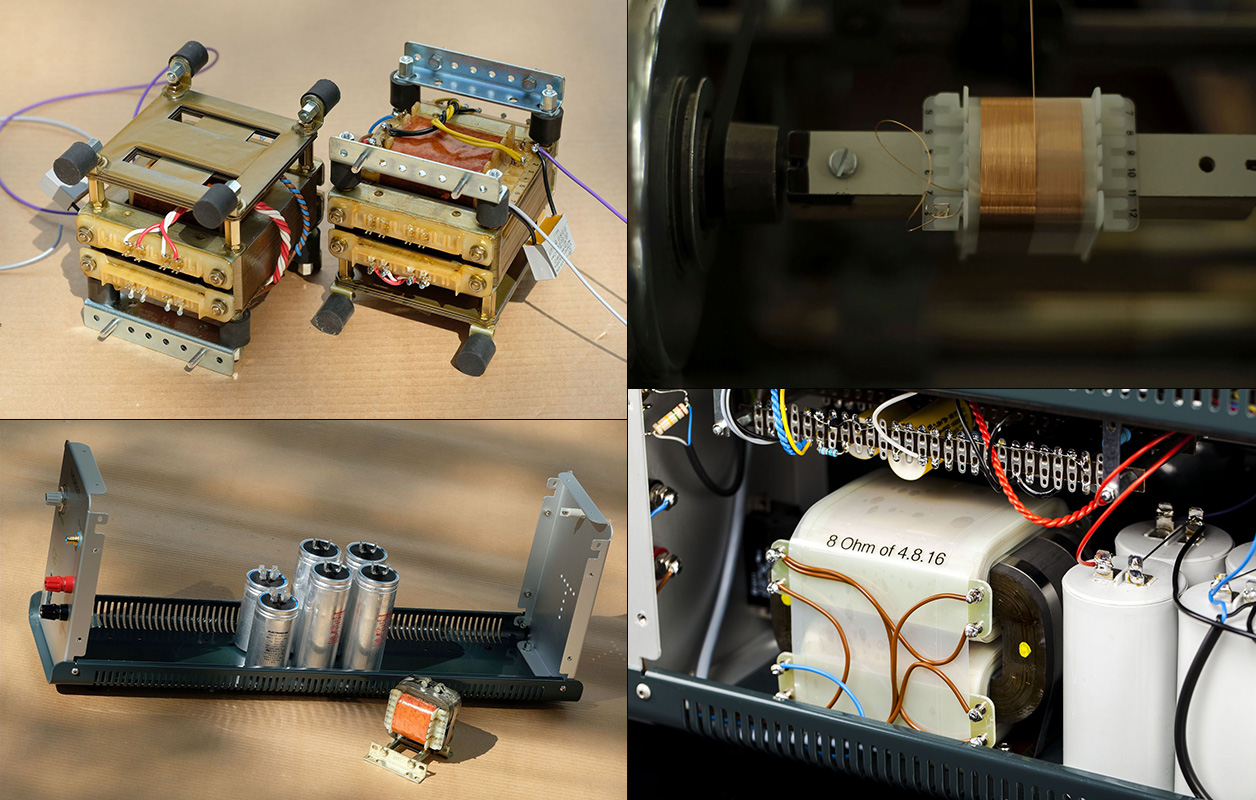 When did you start your company and what was the first Thöress product offered to the public?
My company launched about 25 years ago after I'd finished my studies in mathematics with a physics subsidiary at the RWTH University of Aachen. My laboratory is located in the center of Aachen within walking distance from the famous cathedral. Aachen is a city of about 250'000 located very close to the German border right where the territories of Germany, Belgium and Netherlands meet, about 50 miles from Cologne and Düsseldorf. The first product I built in a small production run was a preamplifier with integrated phonostage just as one would expect from a vinyl guy like me. It became the ancestral form of the later full-function preamplifier. This was followed by 300B monos with tube rectification.