Could you list products you're currently offering? I know you've been very busy so the website is not quite current.
The product line comprises 10 products in 4 groups: 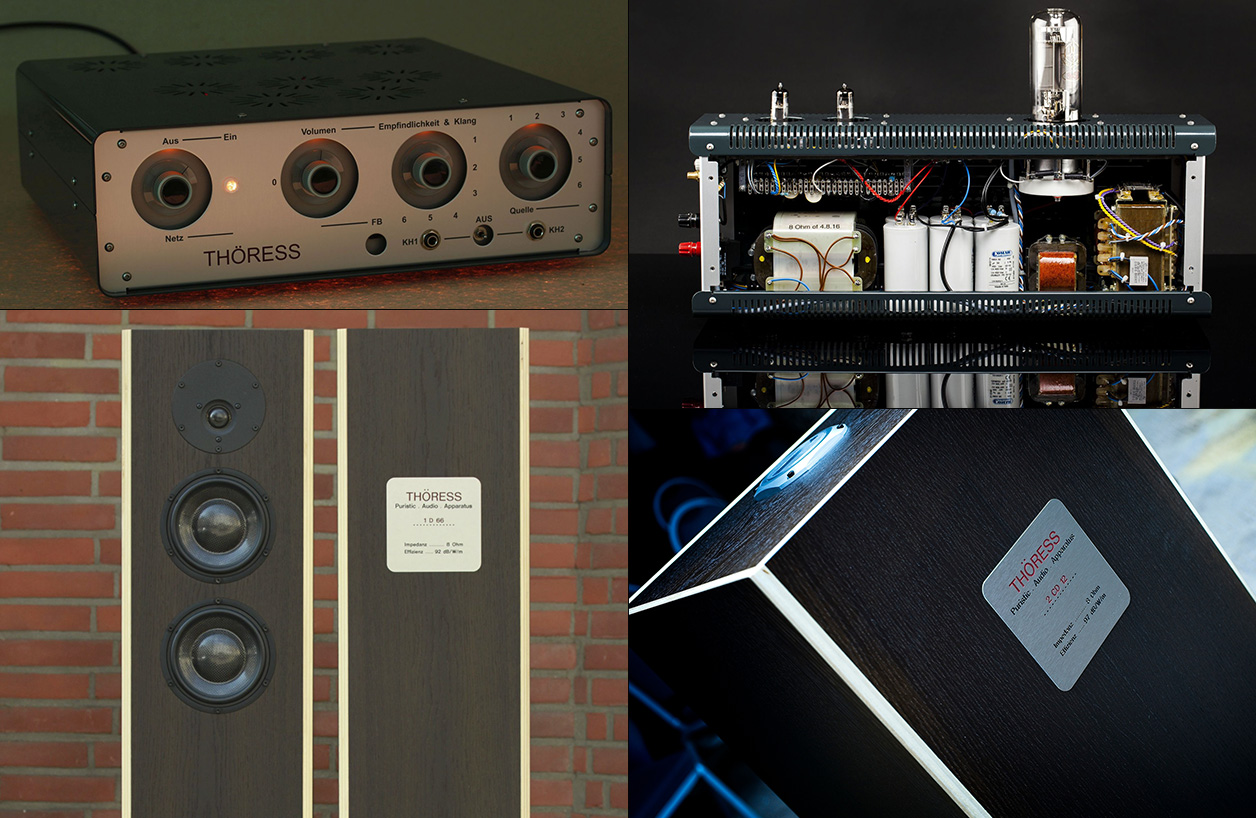 A question I ask almost every audio designer I talk to is on measurements versus listening tests. Do you use both while developing a new products and if so, do you consider one more important than the other?
I use both for both amplifier and speaker design. However, listening tests are much more important to me than measurements. The latter are a valuable tool when it comes to detecting mistakes and shortcomings to help get things right technically which is only half the battle. I once heard of an audio engineer who proudly claimed that he never evaluates his amplifiers by ear since measurements already made it evident to him that they sound fantastic. How ridiculous is that? I can assure you that I belong to a totally different guild.

At some point you started to build not only electronics but also speakers. Why? Were there no suitable speakers for your amplifiers to market?
That's exactly the point. In the early 1990s when I started exploring low-power SET, domestic highly efficient speakers weren't in production. I had no choice but employ vintage speakers. The first highly efficient speaker I acquired was a pair of Lowther Acousta horns with PM6 AlNiCo widebanders from the mid 1960s. Their foam surrounds were in immaculate condition, quite a miracle. Later I switched to Tannoy with their legendary Monitor Gold dual-concentric drivers. Both speakers had merits but also annoying shortcomings. So apart from solving the output transformer problem, I was condemned to create my own speakers to advance my single-ended triode amplifiers and let them sing. My adventures in the land of high-efficiency speakers culminated in a truly crazy project, the below snail horn project of an active 2-way dual-concentric horn. The main horn is a huge vintage Western Electric spiral with original WE field-coil compression driver. The concentric horn is a very large constant directivity horn driven by a modern 2" compression driver. The amplifier is a customized F2a11 integrated with crossover and response correction networks incorporated in its circuit. The crossover point is adjustable. The bass section has dual 12-inch cones in an open cabinet loading driven by a dedicated amplifier with built-in low pass based on my very first EHT topology amp as the ancestral form of the EHT monoblock if you want. It's a truly intricate if not wild project for a German customer. 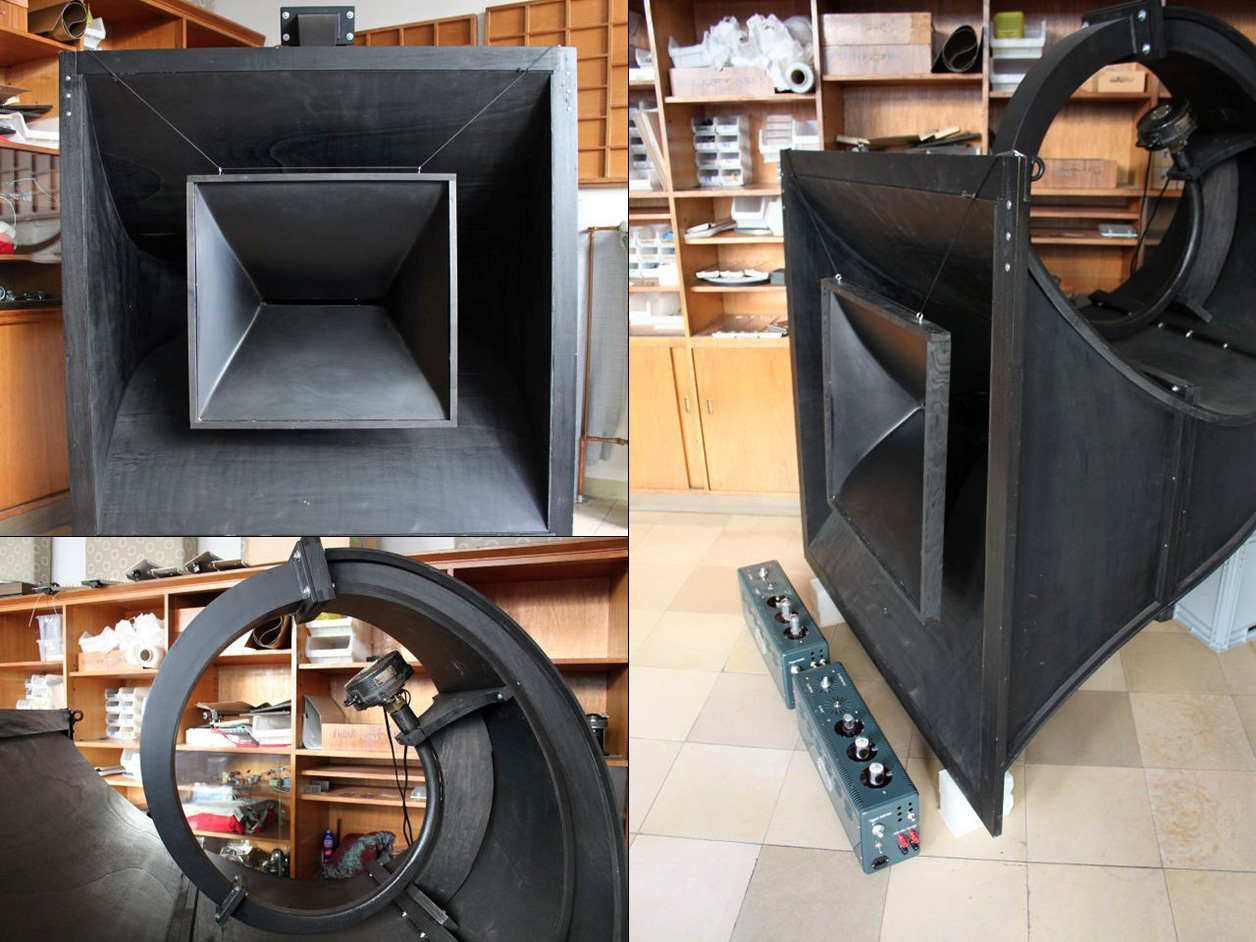 Nowadays highly effective speakers are more readily available. However, I must say that only very few of these are pleasing to my ears and eyes. Most of them suffer all kinds of shortcomings such as lack of bandwidth on either end, incoherence, colorations, uneven response or dispersion problems. Fortunately after years of development, I can offer two unique speaker models to music lovers which do full justice to the sonic capabilities of my amplifiers.