Just how low the Phono Enhancer could go in the bass became obvious when I listened to the Ray Brown Trio's Soular Energy, Stanley Clarke's School days or more recent efforts like the Oleš Brothers' Spirit of Nadir and Komeda ahead with Christopher Dell. I simply love upright bass so am pretty demanding during playback. Only when I hear proper proportions between metal and wood, fast transients, nice sustains and long decays, a full rich spectrum of tones and textures with proper weight in the deepest notes do I feel truly satisfied. And that was the case with the Thöress. I ended up searching my library for records with acoustic bass and played them all day long. I enjoyed the rich well-textured dynamic performances of many masters of this remarkable instrument. Of course I couldn't stay just with acoustic bass so eventually shifted to electric. First was Miles Davis's Tutu with the one and only Marcus Miller on electric bass guitar. While tonally acoustic bass is more colorful and rich, electric guitar is more visceral to require more speed and slam. And with the Phono Enhancer, I did feel the lowest bone-crunching notes with an immediacy and power that's often beyond tubed phonostages. While double bass sounded naturally softer, electric bass was tight, taut and fast – more attack, less decay. The Thöress had no problems keeping up. That was also the case with Chad Wackerman's impressive drum performance on Dreams, Nightmares and Improvisations. I actually played that over my 300B SET amplifier and it still sounded bloody fast, taut and with proper kick. That spoke to the Thöress' ability to convey the agility and power of truly well-recorded drums. 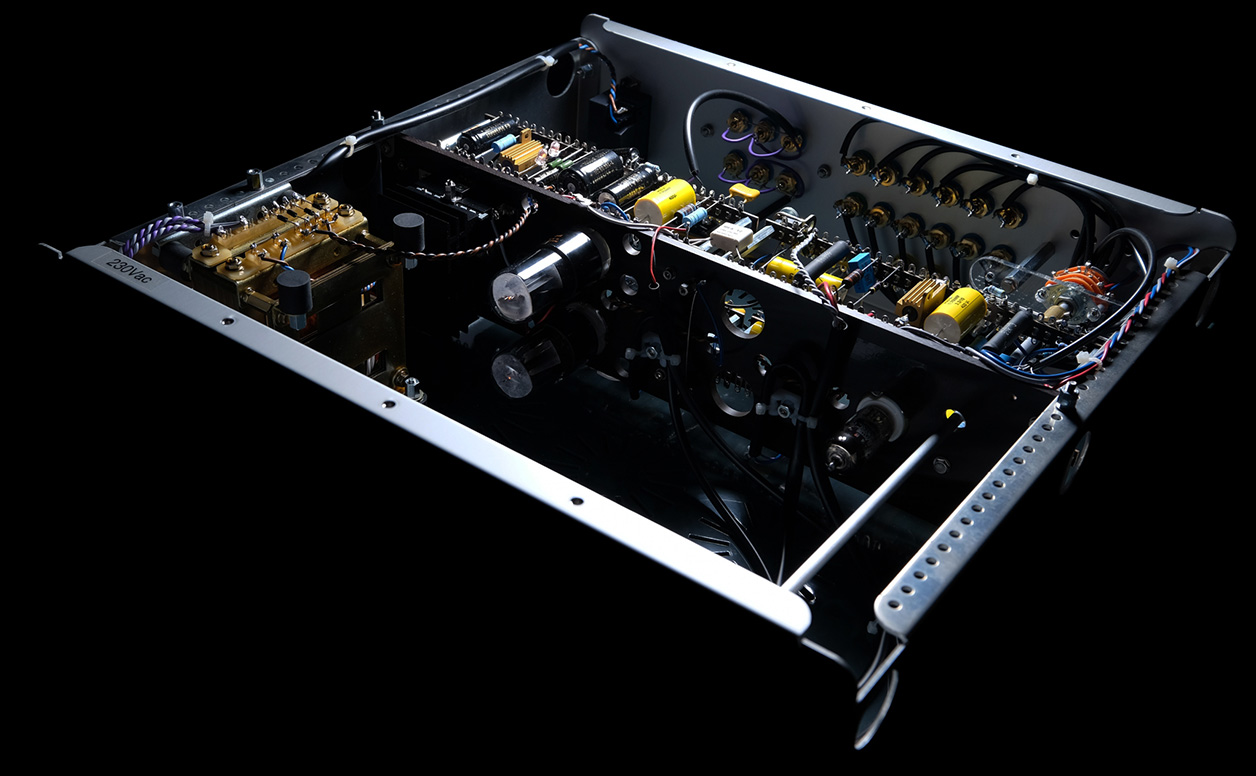 The same album highlighted another special Phono Enhancer quality in the treble/upper midrange – because it wasn't just drums which sounded fantastic but cymbals, too. With due respect to transistor designers and fans, this is one of the dominant assets of tubes. The combination of sheer power, of sticks hitting metal with vibrancy and immediacy; the spaciousness and openness of that sound followed by beautiful decays with a sort of delicacy to it all… that's an inherent feature of tubes. The Entzerrer's ability to present it all in such a realistic, convincing and again visceral fashion translated to remarkably impressive playback. It compelled me to push the volume way up and stay there because of no negative effects when playing back drums very loud yet without any compression or distortion… just pure power so loads of fun.

Generally speaking, Reinhard doesn't build soft/warm tube devices yet all of them do preserve what's best in tubes as that unmistakable naturalness of the sound, that lack of edginess, harshness or anything artificial. While there were sparks dancing on cymbals and in the air surrounding them, the sound never grew too bright or aggressive. It was never about just greased attacks or their sheer power but also about long decays with excellent differentiation. Drums sounded like real not recorded drums. That's because their intensity translated. With the Phono Enhancer, I got as close to live sound as I remember it from the very best far more expensive phonostages. Then I found another outstandingly convincing and realistic drum performance on a Blicher Hemmer Gadd album. Steve Gadd belongs to the very best drummers ever and the Phono Enhancer made sure I knew it instantly. It joined those phonostages which let you accompany a chosen performer/instrument to study the deepest layers and innermost details across each of their good recordings. If that's your objective, it won't even require much of an effort. On the other hand, it's not one of those over-analytical components that, while offering great insight into a recording, lose track of the performance and its flow. The Thöress offers you a choice. You decide whether you want to analyze a newly purchased record for its various qualities or just sit back, relax and enjoy. That choice is obligatory with the best audio components and no doubt the Phono Enhancer belongs to their elite group. I am also pretty certain that if you upgraded your phonostage with this Phono Enhancer, you'd rediscover many of your records with details you never thought were there. That's how revealing yet natural this German machine is. 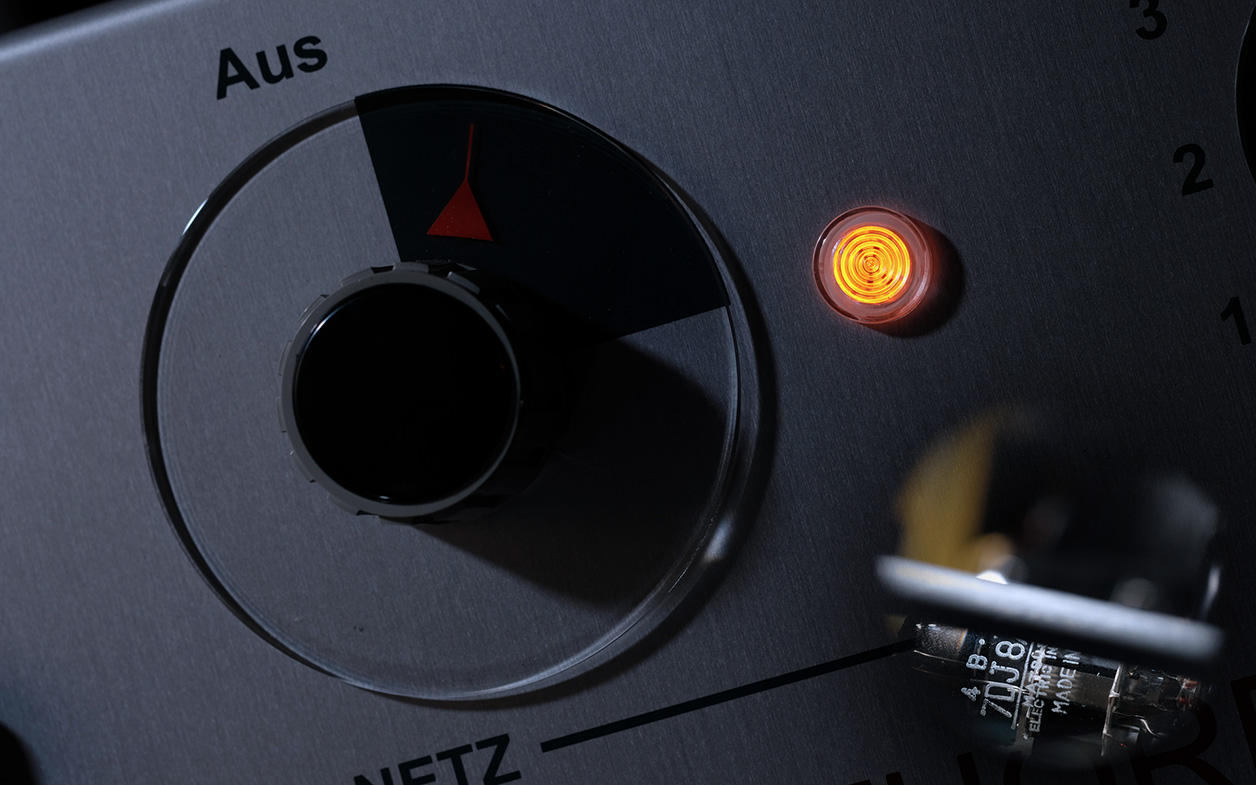 I'm not an overly analytical listener and prefer to just enjoy the music and/or performance of my favorite artists. With the Thöress, all I had to do was lower the stylus, sit back and relax. Still it kept me on the seat's edge during some particularly emotional, expressive performances or when it surprised me with new discoveries on well-known records. I would even go as far as say that this is the Phono Enhancer's forté: to grip your attention, immerse you in to the world of music and never allow for any indifference. So be ready. There's no background drizzle with the Thöress unless you bring to it some really boring music. In any other case it will grip and seduce you. That's one of the features which this music lover more than audiophile appreciated the most.