You don't often introduce new products which is quite rare in today's world where most companies feel they must keep customers excited by introducing something new every year. You don't yet from what you told me, you're quite busy filling orders. So what's your secret? You go against the grain and yet it seems to work really well.
There are still people who distinguish between an audio product made to fit a stereotypical marketing scheme of the high-end industry and one that's a labor of love and devotion. Those are the true music lovers who have the confidence to follow a path beyond mainstream fashions and who demand truly musical components with a unique touch and soul rather than high-end status objects developed by engineers who in the worst case never attended a concert in their life; and from product designers who were constrained by marketing criteria. Some people are bored stiff by bridgeable 1000-watt amplifiers, phonostages with touch screens and other excrescences of audio alchemy. That probably is the secret. 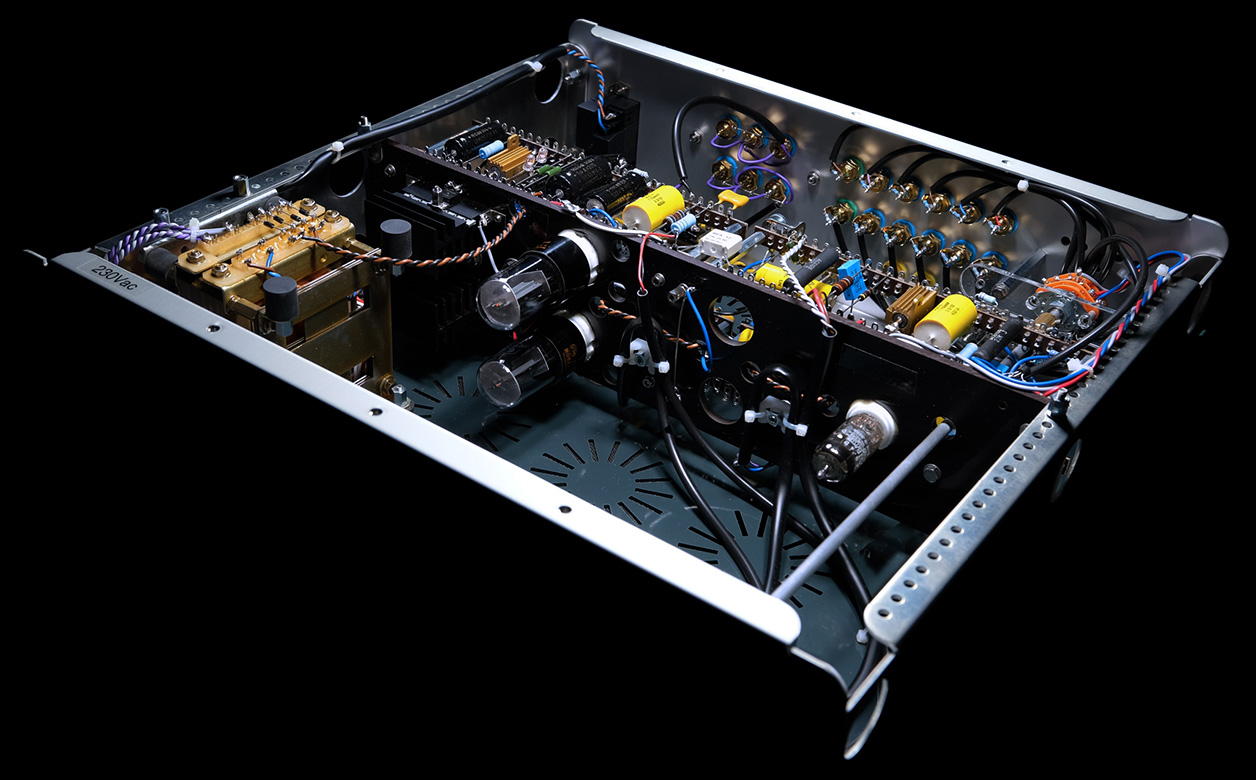 When once in a while you do start to develop new product, where does the idea for it arise? Do you listen to suggestions from distributors and/or customers or does inspiration come from elsewhere?
Actually, most of the ideas regarding the concept and product line were already more or less clear when I founded the company. This includes the idea of the EHT principle which I consider to be the purest form of a single-ended triode topology with the highest possible sonic potential. Whenever I decided to launch a new product, it's always been for the sake of filling a gap in the existing line. The last two products I launched were the EHT integrated and EHT monos. Now the line is complete and perfectly meaningful. Each model has reached its evolutionary dead end.

Still, there are more ideas rummaging through my head. One returns once in a while: dynamic expansion. Years ago I worked on a monophonic phono preamplifier with adjustable volume expander function and selectable decay and release times. Quite wild stuff and a true sound machine. A volume expander is a device meant to restore the original dynamic range of recorded music. It mirrors the effects of compression as is widely applied in recording studios. Roughly, an expander increases gain when the program gets louder and falls back to standard gain when the exuberant passage is over. In principle it's a voltage-controlled amplifier driven by a subsidiary signal derived from the dynamic envelope of the music so to speak. My circuit was rather adventuresome but the sonic results with my Phono Expander were remarkable to say the least. My respective notations and a heap of articles on the subject are still in the drawer. Perhaps one day I'll come out with a Phono Volume Expander. Did you know that in the 1940s, there were radiograms by RCA for instance which were for domestic use and featured a volume expansion function? Is that not intriguing? 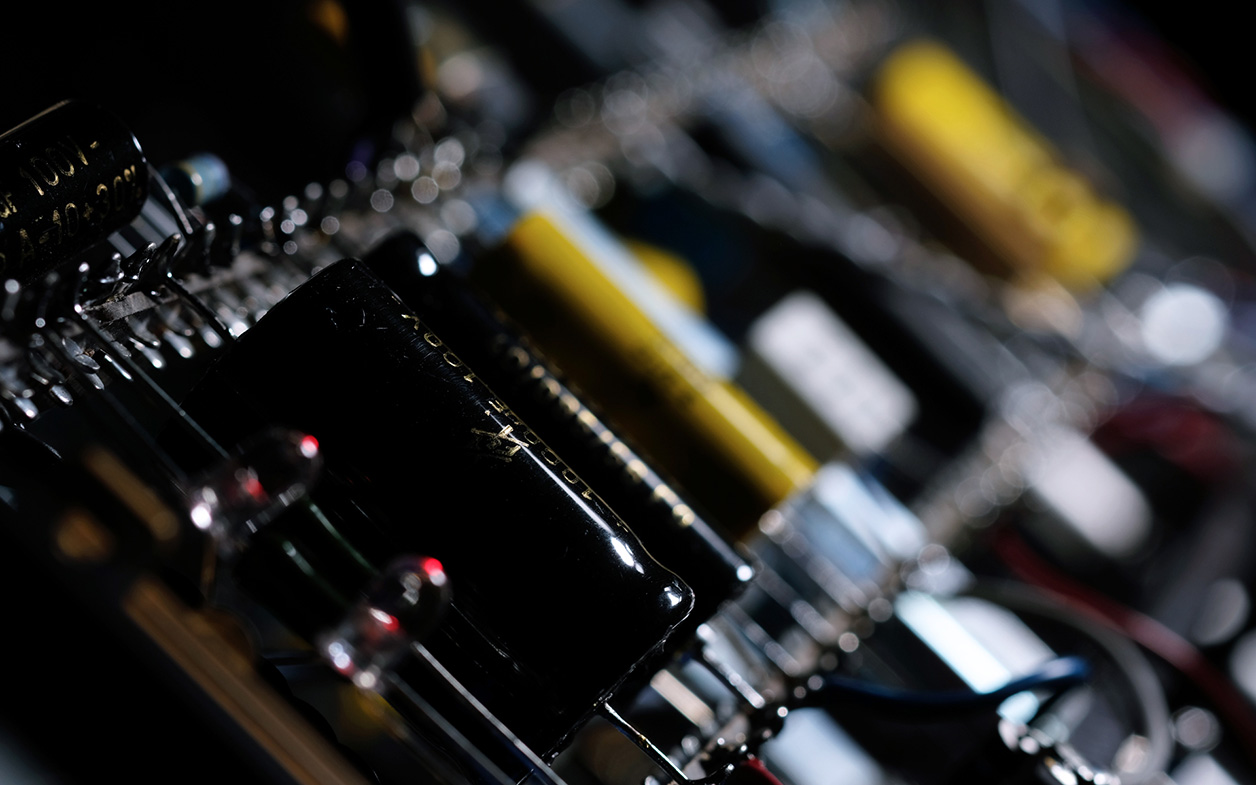 It definitely is. If some day you do realize this project, please remember me. I'll be dying to check it out. Let's get to the subject of my review, the Phono Enhancer. What makes it features special are three knobs which allow the user to change the equalization curve. There are some phonostages that allow users to choose more than the standard RIAA curve but apart from yours, I know only the AirTight ATE 3011 which offers more than a simple equalization curve selection but also the possibility to mix parameters between them. How did you come up with this and what did you want to offer your customers in particular?
I own quite a few mono records. Some sound phenomenal while others suffer tonal imperfections. My aim was to create a phono machine equipped with facilities for tonal manipulation to restore such imperfections. When I started with the design of the Phono Enhancer, it was already clear that the switchable de-emphasis curve approach was not the way. In practice, the tonal differences between individual records—even those issued by the same record company in the same period of time-—is much more pronounced than the differentiation in tonality from even the most distinctive de-emphasis characteristics established in the pre-RIAA microgroove era. In fact, the difference between these various characteristics is rather small and often negligible whereas in most cases, the bass turnover frequency as the most crucial corner frequency is 500Hz. In one of his articles, Michael Fremer pointed out that switchable de-emphasis characteristics in phono devices are not only useless but irritating and puzzling to the user. I totally agree. 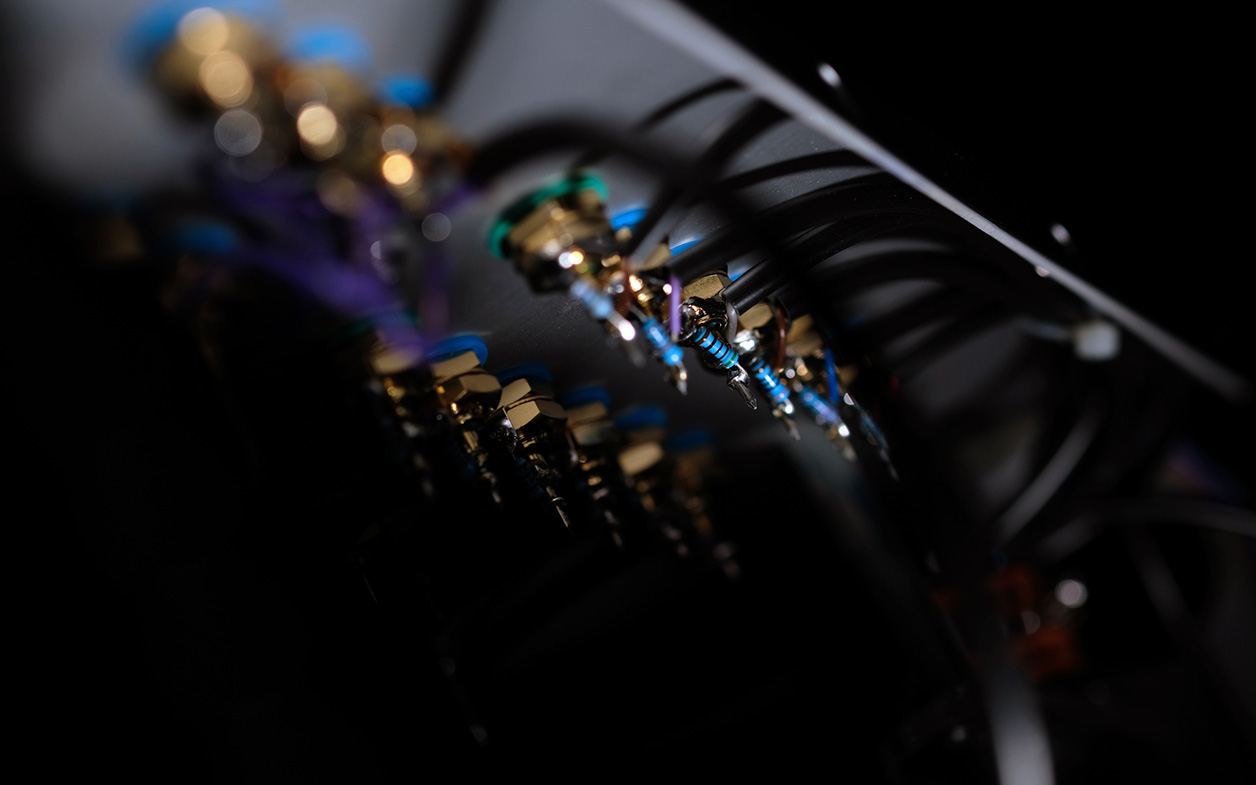 On the other hand, I found that conventional bass/treble controls are much too coarse for the kind of restoration facility I imagined apart from the fact that they're sonically destructive and come with clumsy circuitry. So I formed the concept of introducing tonal manipulation via corner-frequency shift rather than creating boost and attenuation facilities in the context of a fixed corner frequency as is the case with conventional tone controls. Here the crucial control parameters are naturally given by the three corner frequencies of bass, middle and treble in the de-emphasis characteristic. This idea readily turned out most fruitful and indicated the road to follow: tone control by shaping the de-emphasis curve itself without any additional clumsy circuitry. It's minimalist and pure, just the kind of topology which raises my blood pressure.