Home stretch? To be clear, the Pass isn't a high-dose 2nd-order machine like a no-feedback SET which amplifies the second harmonic an octave above the fundamental (the third harmonic hits the open fifth above that, the fourth the second octave.) For my ear/brain setting, it thus didn't take much at all to meet the golden mean. But the 'perfectly measuring' nCore amps certainly weren't it. I think what the big class A champ did primarily was apply a mild Quad-style tilt. This was certainly experiential as enhanced impact and mass in the bass and what to me now sounded like ideally balanced stunningly open mids and treble without emphasis or forwardness. 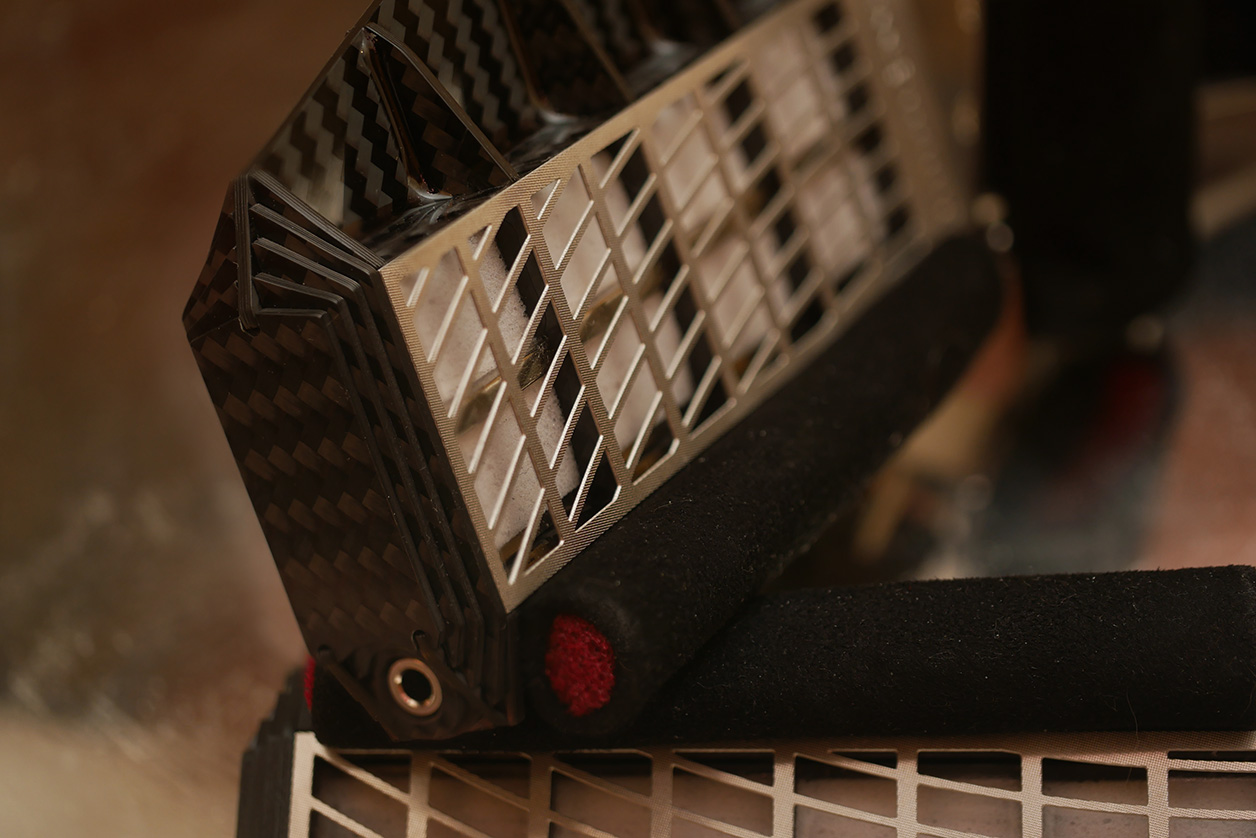 With this mild but critical course correction, I was free to explore an omnivorous music diet without selectively playing to and not against the biased personality profile of a transducer. Without curtailing its extraordinary transparency, I still heard excessive reverb rippling in triplicate echoes behind an overproduced voice. What had evaporated were the annoying hashy/hissy elements. On another rather fine Keyrouz recording, the soprano alternates between Middle-Eastern and classical Western styling and material. I momentarily felt like I watched quasi world-class slalom on close-up cameras. I was so fully inside her voice (the piste) that I could so very clearly hear and see how she navigated a challenging turn with perfect poise and control, got nearly wiped out by the next mogul rattler to make far more of an effort, recovered and so forth. Then the silliness of the image arose. Skiers never race uphill yet her voice kept changing directions at a turn of the melody. Still, you might appreciate the underlying point. The things you can hear with the SR1a if you care to focus down on them are quite revelatory. You can be as intimate with the music as is possible. 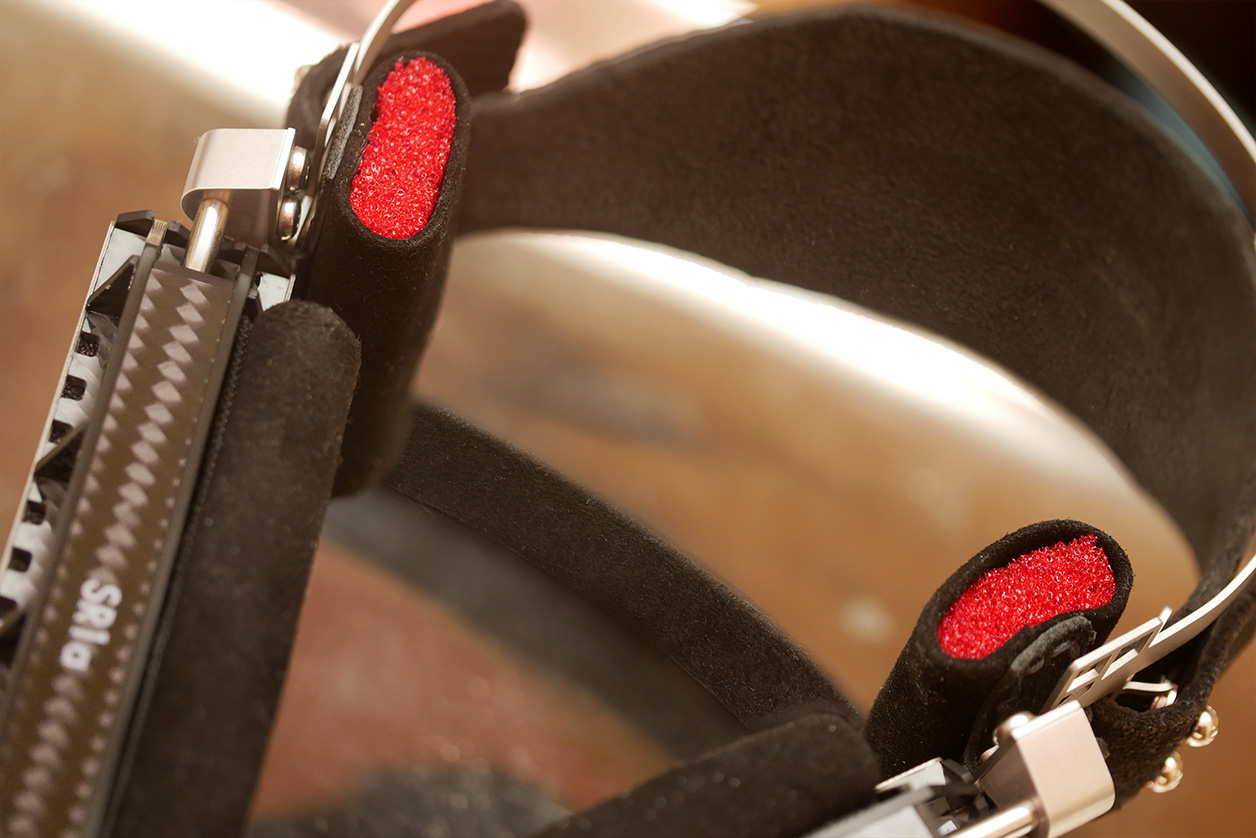 Because with these distortion seemed vanishingly low, I heard no compression around challenging vocal peaks as those telltale signs that a mechanical device is struggling to follow all the way through. That aspect of going all the way—R rating alert—was exhilarating all by itself. In the safe hands of the Pass, I now also could enjoy listening louder than one should. Wherein lies a needful warning. Once you've found your ideal hardware combination, beware this ability so you don't abuse it and protect your long-term hearing. It might be fun now but irreversible tinnitus in your later years won't be!

Another notion that cropped up during this perfect session was that designers of cables, electronics and sufficiently powerful amplifiers really ought to own a set of SR1a. These full-range ribbons will report on their wires and circuitry like none other. At this juncture, Vinnie Rossi's email arrived. It announced pending departure of my L2 preamp loaner. This is a direct-heated triode machine without input or driver tubes, without output transformer or coupling capacitors but bandwidth of 2Hz -500kHz ±0.5dB and S/NR of -120dB for proper 20-bit resolution. It can take PX4, 45, 2A3, 300B, T100, 101D, 205D and SV811 with a convenient 2.5, 4 and 5V bias selector. Instinct suggested that fronting the SR1a with this and the right amp might just become what a former Peruvian friend called hallucinante. 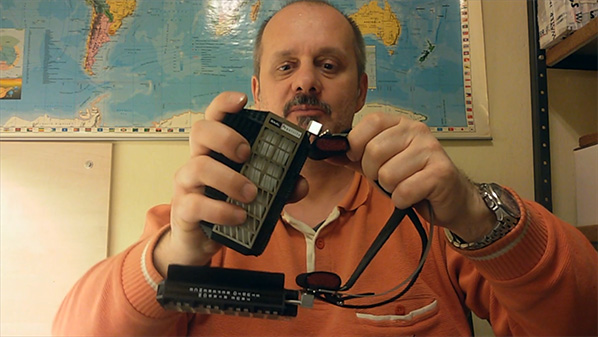 Further on that lovely 'h' word, Raal Requisite were by then working on a video to show exactly how to adjust the SR1a to any head. Having watched the rough version, these adjustments go well beyond the head-band stops and wing angles. But it's a real "oh no, he's gonna break 'em" shtick that will, guaranteed, increase your respect for the design's versatility and robustness.

By now it ought to be obvious. The SR1a must be treated like a premium loudspeaker. It is one, just an exceedingly rare extreme-proximity sort. If you could afford to and heard demonstrable benefits, you'd not hesitate throwing €6'500 amplifiers like our Pass Labs or €17'000 preamplifiers with €1'500/pr boutique direct-heated triodes like this Vinnie Rossi at your big speakers. What makes it seem perverse or excessive in today's context are two plain and simple things.

♦ the SR1a is 'just' €3'499. What full-range flagship loudspeaker is?
♦ it's so physically compact versus the usual stuff it competes against on your living-room floor.

But it'd be faulty logic to infer from this that your ancillaries ought to scale down equivalently. It's the extreme proximity of floating mere centimetres off your ears which allows the SR1a to shrink. It's that nearness which only needs two small 2 x 9.5cm corrugated membranes in a skeletal lightweight frame to do what it takes speakers of such bandwidth, linearity, dynamics and resolution many drive units, filter networks and heroic heavy-duty cabinet construction to equal. And this doesn't yet factor in the perfect room which allows said speakers to perform to the max in the first place.

All it takes to click is to understand the SR1a as a big flagship speaker of (insert matching high 5-figure price tag) stature which just happens to cost lower-mid four figures. With that mental shift in place, treating the ancillaries of the Raal Requisite ribbons exactly like those of a statement speaker makes inevitable if perfect sense. But something like our older $1'200 April Music Stello S100MkII is fully adequate already. And, there's still life beyond it because the SR1a is so exceptionally responsive to what elsewhere could be differences too small to bother with. Ideally of course, the electronics of your main speaker system will be the very same you'll use for these earfield monitors. Then there's no additional expense whatsoever. 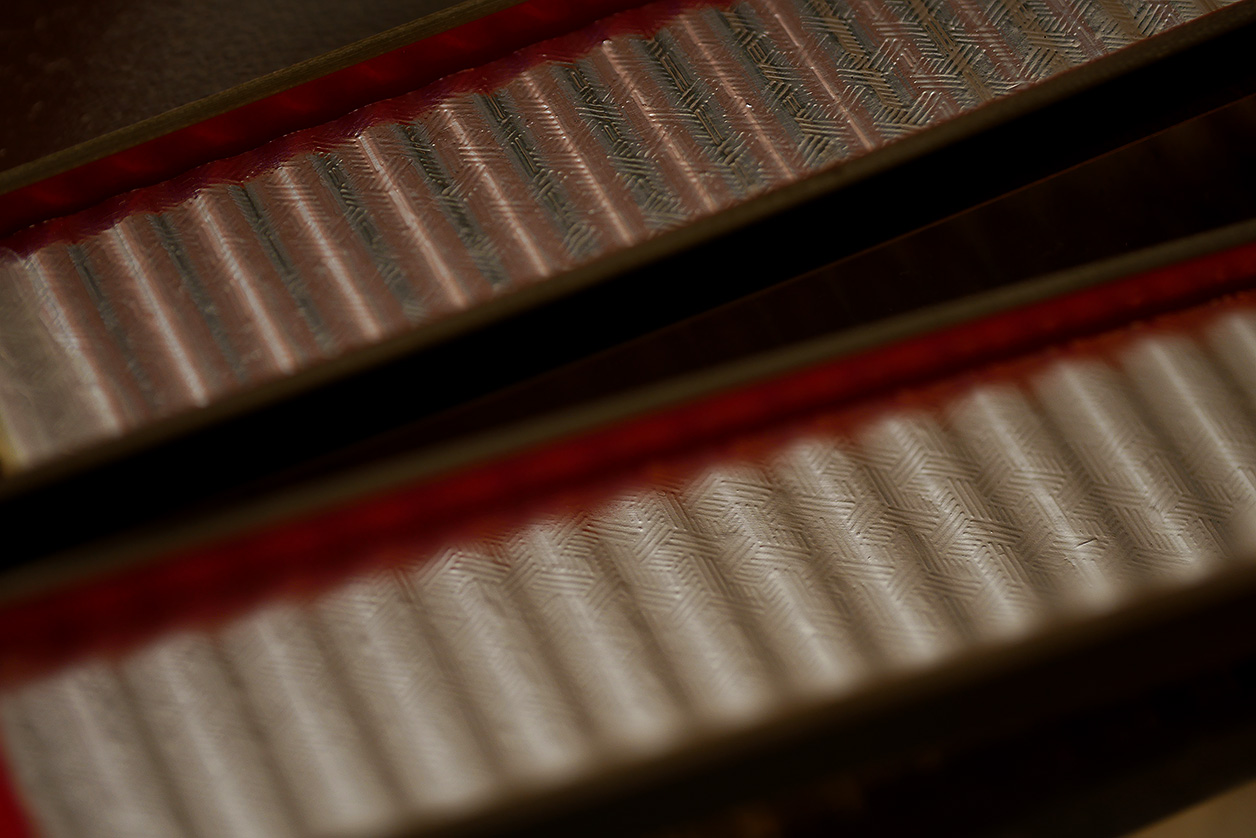 Metal surface texturing on either side of a ribbon.

Now Alex wrote in. "I've just read it all and am still getting goose bumps. I knew you would see it all. I just knew. Reading how you experienced listening to Sister Keyrouz is exactly what I was chasing for all these long years working on this." It points at my own 'grokking-it' process which should be the case for most. The SR1a are genuinely different. As such, they're at first a bit like that bucking bronco in Kevin Costner's Yellowstone series. Everyone comments on its beauty, nobody can stay on it very long except for the youngest son who lassoed and trained it. The Raal Requisite takes its own period of adjustment to train us, to allow its difference to stabilize and integrate with our ingrained hearing habits. 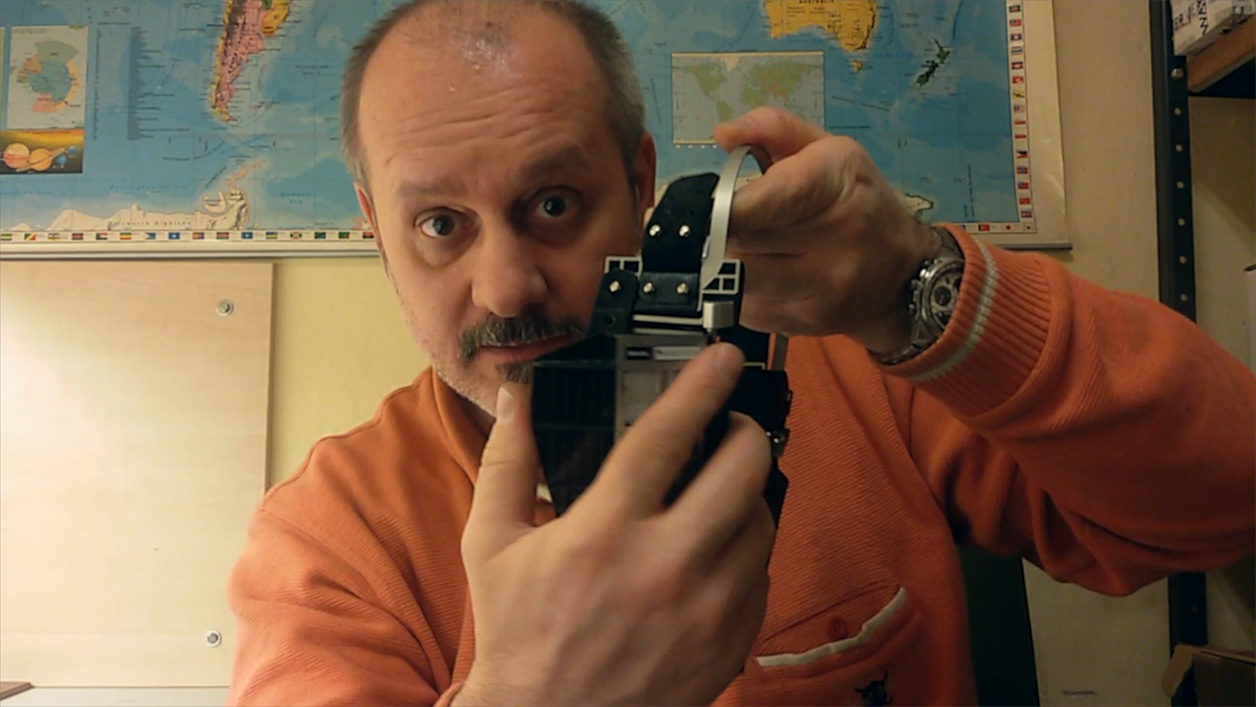 One must also learn the right mechanical adjustments to get the most linear response at one's ears (minor turn-out of the wings equalizes the presence region). One must find just the right amplifier to align the ribbons' otherness with one's particular hold on the familiar. Hence the SR1a will polarize well beyond its Mad Max looks and drive requirements. You either come over to see things its way in which case everything else devolves into less. Or you appreciate certain of its performance features but on balance determine that what you're used to is where you wish to remain. Personally, I already knew that if I could keep just one headphone, the SR1a it would be. But what with the Vinnie Rossi preamp inbound and perhaps even Bakoon's AMP-13R in just the nick of time, I suspected that things would evolve yet beyond what I'd heard already. Which, frankly, was a bit scary. Why? From that day's CNN headlines: "Addicted parrots raid poppy farms". Getting intoxicated can make even birds do some very strange things.