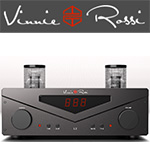 DHT. The enzyme 5α-reductase converts some of a male's testosterone into dihydrotestosterone aka DHT. Amongst other biological actions like developing genitalia, it can eventually bind to hair-follicle receptors and cause baldness. Drugs like Finasteride promote hair-loss prevention by acting as DHT blocker; if you're a pharmaceutical pamphlet aimed at male vanity which is serenely untroubled by sundry side effects.

If you're an audiophile with your first hair loss, you're probably old enough to read DHT as direct-heated triode instead. In it, the three structural triode elements of grid, cathode and plate/anode exploit the cathode also as the filament. Indirectly-heated types use a separate filament so that heating the cathode doesn't affect it. Ingesting audio DHT then too has its side effects. In hifi amplifiers, the biggest of those are

Traditionally, high internal resistance gets converted by an output transformer (Berning's ZOTL circuit accomplishes the same with puny RF transformers). Low power can be compensated by loudspeakers of sufficient sensitivity. Think widebanders and horns. What microphonics a given design can't exorcise remains something DHT fanciers just agree to live with. What's a bit of noise between friends? It's where our hair loss enters. Willingness to test these waters tends to come later in an audiophile's career. Now fascination with high power, complex circuits and shiny specifications has worn thin. So has the belief that 'perfect' measurements automatically correlate with pleasing sound.

If DHT amplifiers are a shadowy niche within the niche of exotic audiophilia, DHT preamplifiers are its positively endangered species. I knew of models by Allnic, Coincident, Manley, Supratek, Thomas Mayer, custom Trafomatic and Vinnie Rossi. Other readers may add to this short list. If we specify standard production not DIY or one-up custom, it'll probably not eclipse ten regardless. 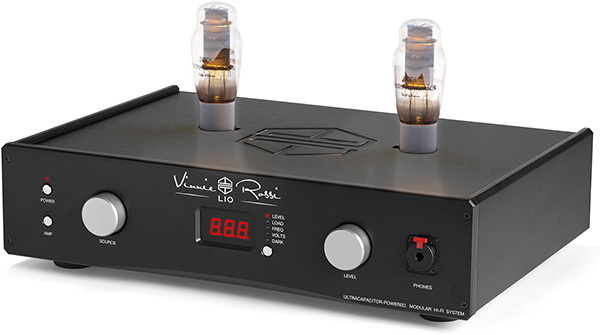 Amongst this outré bunch, Vinnie's DHT option for his multi-awarded LIO platform [left] and today's dedicated more upscale L2 line stage with optional DAC/phono still stand out by going spud. That's not potatoes but an ultra minimalist circuit with just one tube per channel – no input tube, no driver tube, just a single direct-heated output bottle which couples to your amp without interceding magnetics or coupling cap. In the L2, that tube can be a 300B or 2A3, 45, PX4, 101D, 205D or SV811. A 2.5/4/5V bias toggle on the back accommodates the lot.

"A few personal favorites in the L2 are the Takatsuki TA-300B and those big KR Audio T100 but it all depends on the rest of the system. I started listening to the Elrog 300B before the NYAS show last month but delivered that L2 system with the Elrogs to Michael Lavorgna of Twittering Machines. He has that in his barn running DeVore Gibbon X. At  NYAS, the Takatsuki were a better match for our Harbeth 40.2. The KR T100 is similar to their PX4 but with better top-end extension and lower microphonics (it uses thicker glass which I believe helps with this). The KR PX4 has more density and weight than their 300B. The TAK is very transparent and 'fast', delicate and has amazing extension; but when you load it down with a loudspeaker and output transformer in-between, it's a different story. So far, I've rolled 300B from Elrog, Takatsuki, KR, Electro-Harmonix Gold Grid, Genelec Gold Lion and Emission Labs. The TAK is the one to beat but maybe the new Western Electric coming soon will top it?"

The hair-raising not fall-out thing about the L2 are its specs. S/N ratio of -120dB with stock ElectroHarmonix Gold 300B. Bandwidth of 2Hz-500kHz ±0.5dB. 0.5Hz-950kHz ±3dB. Output impedance sub 100Ω. Contrast that to your typical transformer-coupled 300B SET. Think signal-to-noise of -80dB, bandwidth that's already 0.5dB down at 20kHz. Of course a sub 100Ω figure would still be far too high for speaker drive. Hence the need for our classic impedance converter, that critical output transformer. Yet for a preamp which must only drive the stable and high input impedance of an amplifier—47kΩ is a typical value—that's no issue. Neither is power when most of today's sources output more voltage than is required to drive amplifiers to full output. 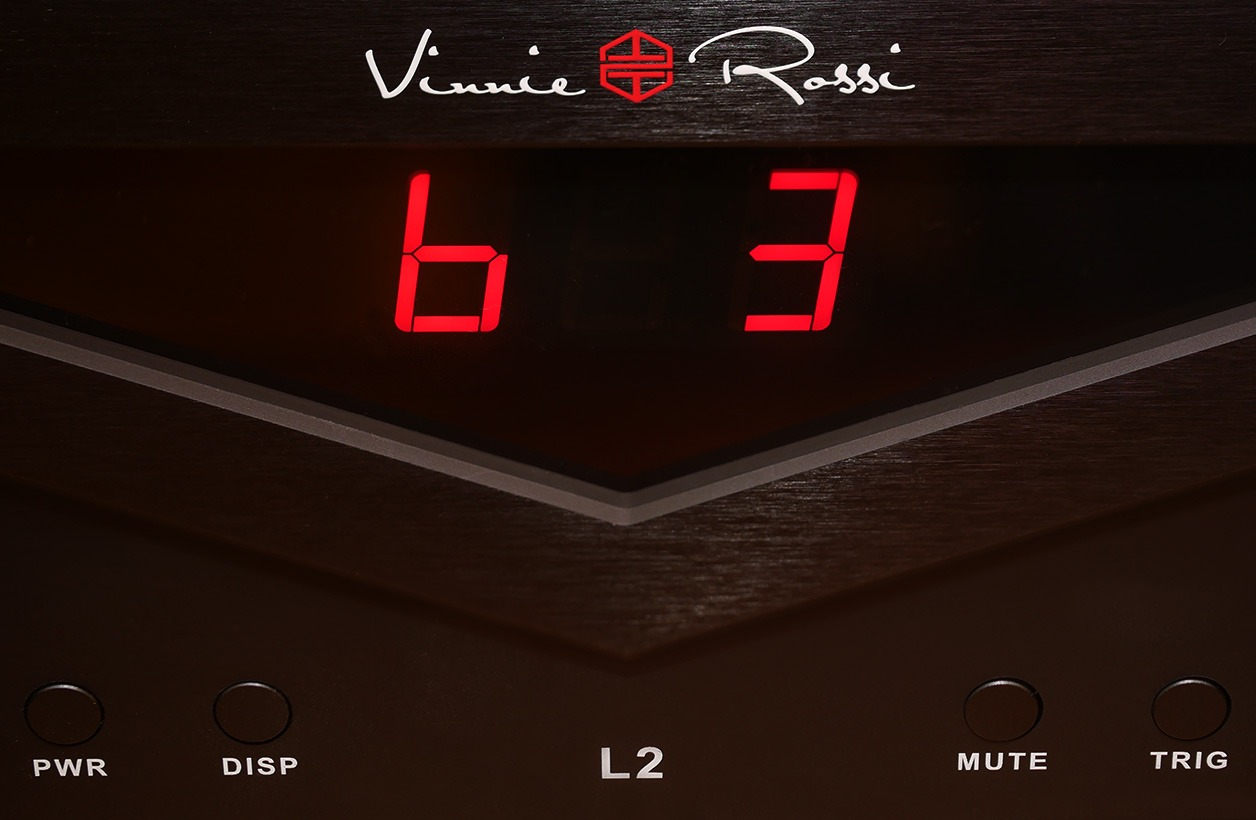 Anyone who digests these specs in the proper frame of mind must realize that Vinnie had to "mint his own Finasteride" to become such as potent blocker of usual DHT side effects. 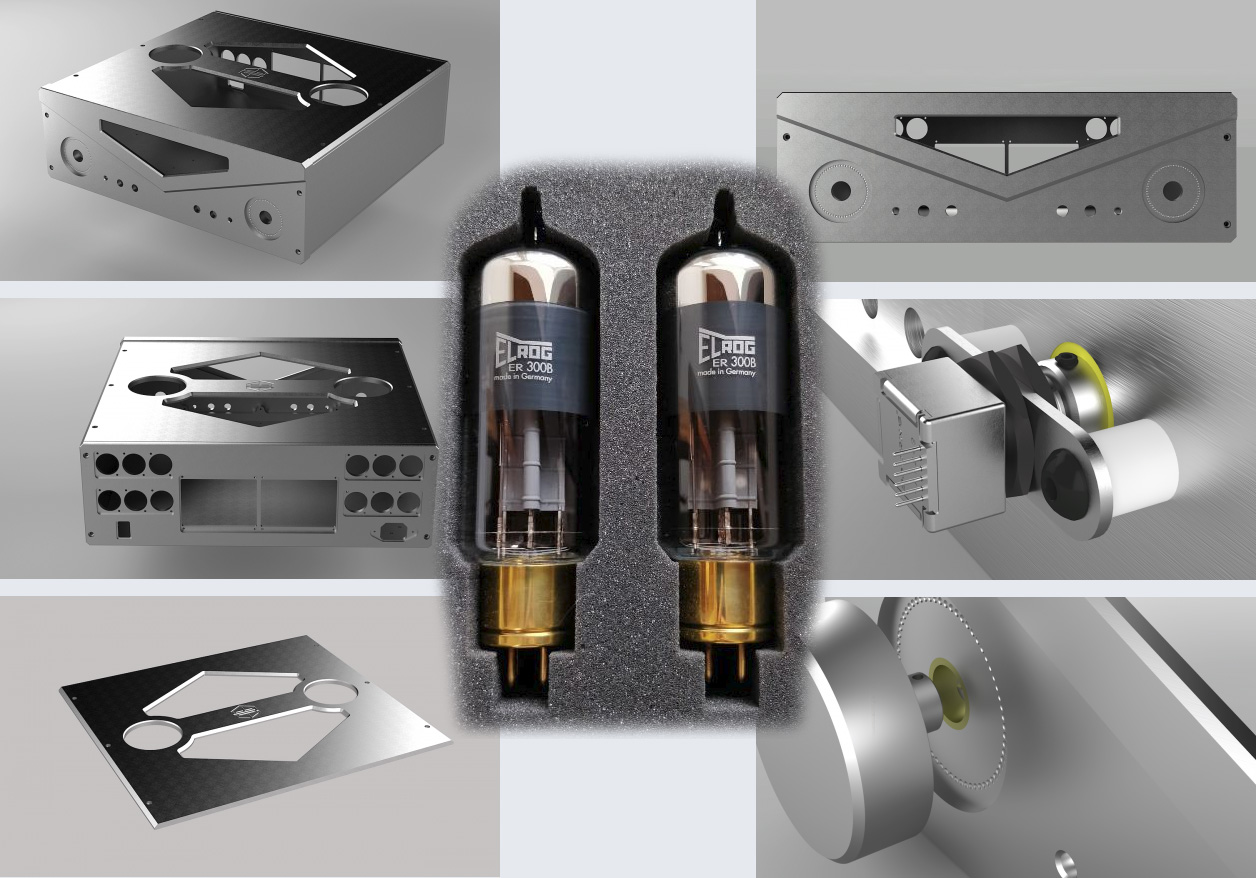 The volume control runs on ball bearings where each step/click jumps one ball dimple for precisely tuned tactile feedback.

"I learnt with LIO's DHT option that to render any picked-up 50/60Hz AC hum essentially inaudible, my enclosure had to tie to AC ground. So did other parts of the circuit – LIO's ulta-capacitor supply floats like a battery. Even the tube shields had to tie to AC ground. I also needed my power-supply output paths as short as possible. Hence the L2's shielded power supplies are internal and their shield enclosures tie to AC ground. I now also use different voltage regulation with new OEM dedicated Belleson super regulators for heating the cathodes of each tube and for the plates of each tube; plus an all-new biasing approach."