I second that. Whilst reading about classic SET's notoriously high 2nd-order harmonic distortion, you may have thought exactly that without understanding what it means. After all, distortion sounds like such a dirty old word. It's gotta be bad. But the second harmonic is just the first overtone above a fundamental. When you blow an empty wine bottle at sufficient speed to make sound, you hear its fundamental. When you blow faster, you do what woodwinds call overblowing. You hit the first overtone. That's an octave higher. 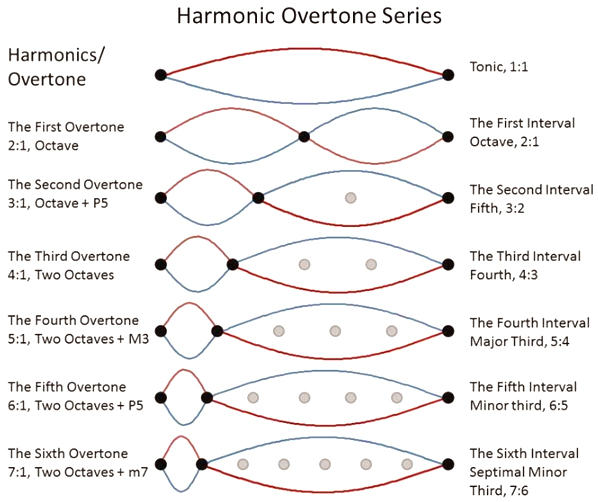 As you can see, the 2nd and 4th harmonics are equivalent to octave doubling and tripling. That's why they're considered benign or musically harmonious. They hide perfectly behind or inside the base notes. The amount of second-order THD a hifi component contributes simply determines how loud that higher backup singer is. Octave doubling or tripling enriches. At coarser doses, it also shifts the timbres of instruments or singers which are naturally 3rd-order dominant.

The 3rd harmonic on the open fifth of the next octave is perfectly benign in isolation. After all, it's one of the notes a backup singer will chose to harmonize with the lead singer. On a C-major cord of c – e – g – c, a singer either picks the third (e) or fifth (g).

But what happens when a 3rd-order dominant component plays back our two singers doing a 'c' and 'g' together whilst a piano plays a C-major chord in the background? The lead singer's 'c' will include a 'g' an octave-plus above. That neatly octave-doubles the harmonizing singer's 'g' which itself adds a 'd'. But a 'd' doesn't belong in a pure C-major chord. It's only a full tone apart from both the chord's fundamental 'c' and the third 'e' to rub twice (c – d – e) like so-called blue notes in Jazz.

It gets worse when our harmonizing singer picks the 'e' whose 3rd harmonic is the major seventh. That's a mere half tone apart from the chord's fundamental to now rub maximally. It' why 3rd-order harmonic distortion at doses high enough to intrude into audibility is considered less benign than the even-order 2nd and 4th. As soon as music gets more complex, opportunities for 'rubbing tones' multiply with the lower odd-order harmonics. That can have your sound turn into not exactly rubb-ish but will inject a certain bluesy bite. It's why 3rd-order THD dominant gear is perceived as focusing more sharply and separating out better. That minor bite does it. Once we get to the 5th harmonic at two octaves plus a major third and the 6th at two octaves plus a minor seventh, things depart further from harmonic 'purity'. 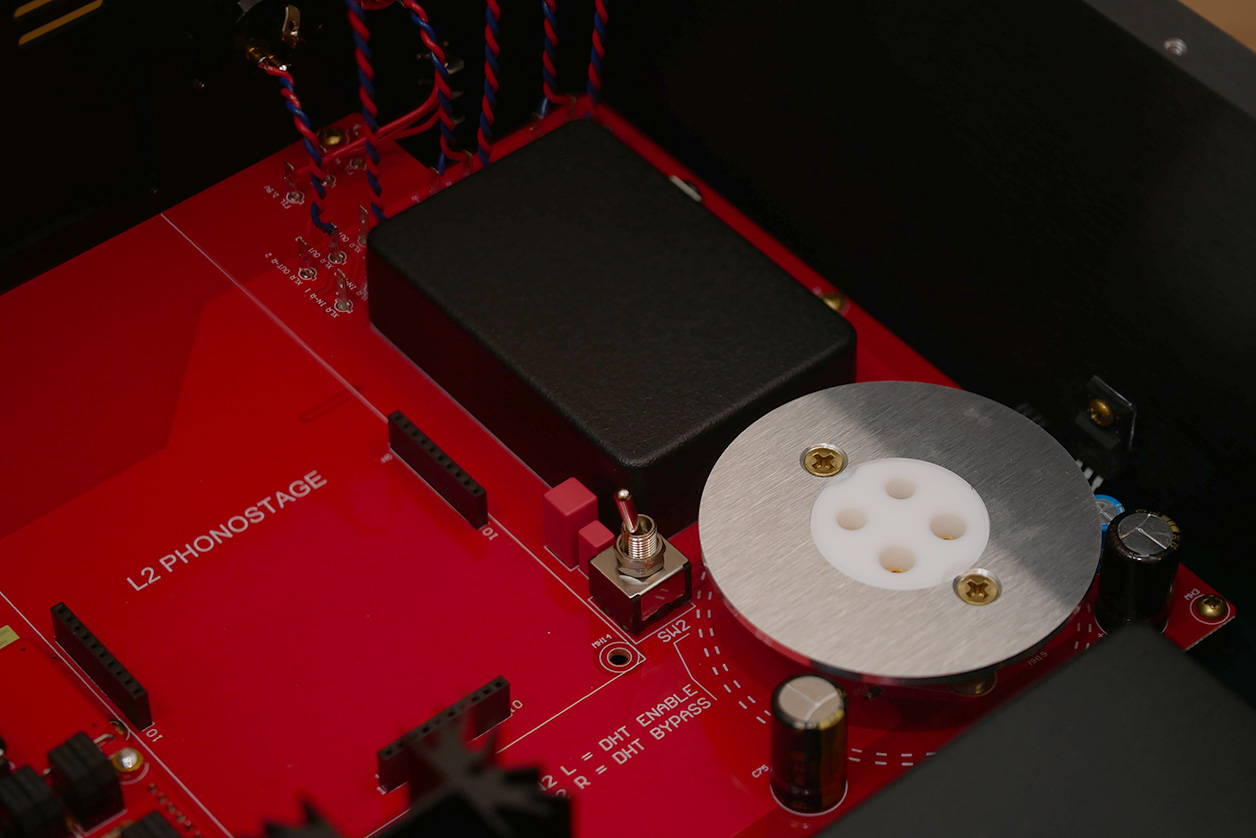 Here's the point. If you prefer the L2 with its DHT engaged not bypassed, you listen to sub 0.5% harmonic distortion of predominantly the 2nd harmonic. If you bypass the tubes, that figure shrinks to 0.0006%. Now you understand what that means. It means that your backup signer an octave above the lead is actually loud enough to matter just a bit. Without the power triodes, he/she would just be lip-syncing it. When Vinnie explained that his circuit's single-endedness put the 2nd harmonic right where he wanted it, he meant that this octave-doubling backup singer is just loud enough to contribute a tad of richness without dominating the lead fundamental. It's how 2nd-order distortion at an optimal dose can improve your sound to make 'distortion' a good not bad thing.

Now you can second that bit properly.

This is how Vinnie thinks about it: "With the L2, the signal hits the SE-to-BAL stage past the DHT circuit so the balanced signal already contains the desired 2nd-order attributes. The conversion from SE-to-BAL does not cancel this out. If we were dealing with a balanced input signal fed to a true balanced DHT linestage with two theoretically identical DHT per channel and precisely matched in-line impedances and matched impedances to ground, then harmonic distortion could be reduced. It would of course be very easily reduced in even a single-ended circuit with negative feedback which the L2 purposely excludes. If one's goal were to obtain exceptionally low THD, a tube preamp should factor very low on the list. Fairly inexpensive simple opamp circuits can deliver vanishingly low THD+N. The price to pay with a circuit that uses high negative feedback is akin to an overly self-conscious person. They can be too tense, serious, edgy and mechanical like a dancer whose every step is technically perfect but whose performance lacks the feeling of genuine ease and flow. 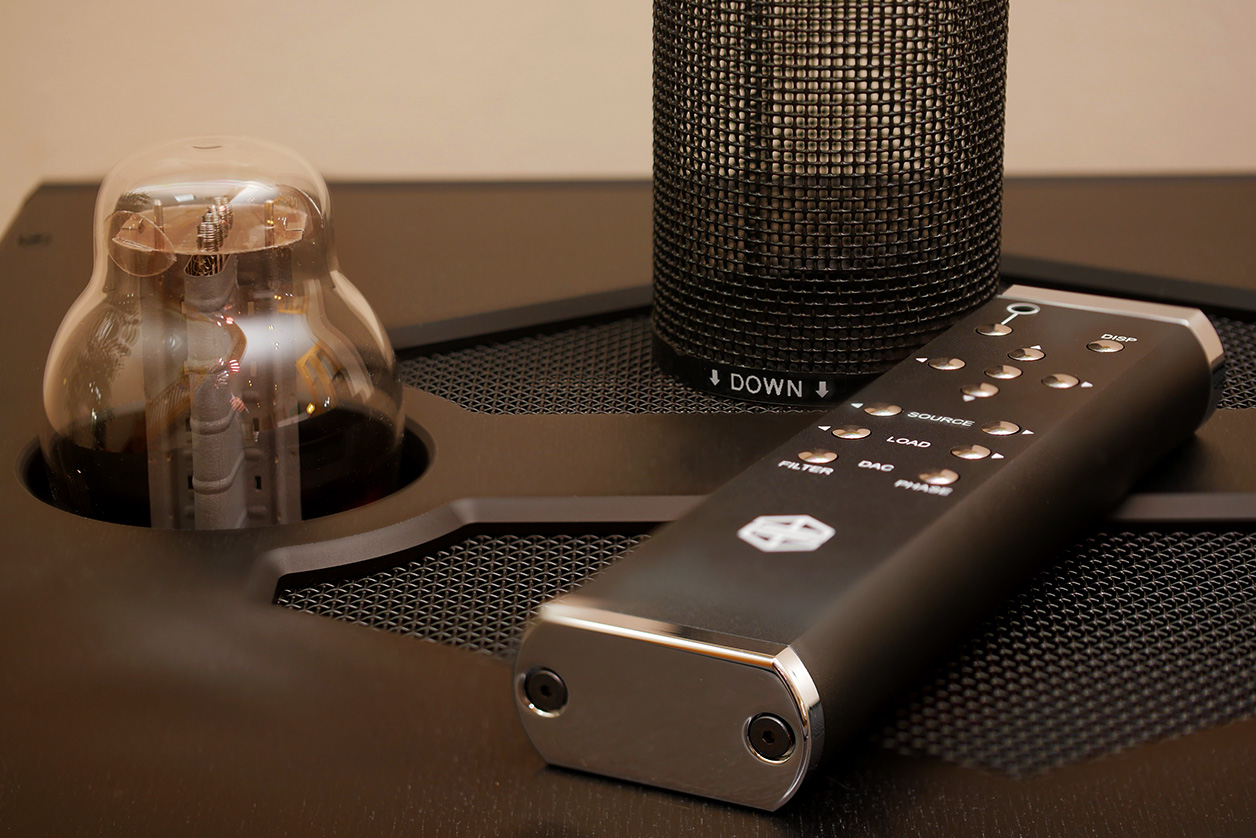 "Using negative feedback in an audio circuit makes the circuit more 'self-conscious' in a way. It continuously tries to correct itself via its feedback loop. For seeking more perfect objective measurements and to compete in specsmanship games, it is a tremendous advantage of course. But when playing subjective listening games, using no feedback in the preamp tends to sound a lot more natural to me. There is more body, more soul, more spaciousness and ease. Here DHT are like no other  As long as we treat both approaches as games instead of taking them too serious, it is fun either way. Right now I'm at a place where I find the preamp to be at the heart and soul of the electronics chain and using a Class A no-feedback DHT design sets the stage they way I like it. In the amplifier stage that follows, I want to ideally copy the sound signature of the preamp but with the voltage and current gain to drive a wide variety of speakers. This is where a high-bandwidth solid-stage design with feedback can provide the perfect partnership. One partner leads, the other one follows and they don't step on each other's toes during the performance."