Variation #7. To establish a clean base line, I started in true bypass – Jfet buffer engaged, triodes disabled. Then I powered down, tripped the toggles, powered back up and repeated the same track and so forth. What spontaneously suggested itself as term for the difference was glistening. With the Takatsuki in the circuit, all sounds were covered in virtual dew drops from which the sunlight sparkled to heighten contrast and 'wetness'. Dynamic verve too ratcheted up and space grew. This was unmistakable and switchable at will. 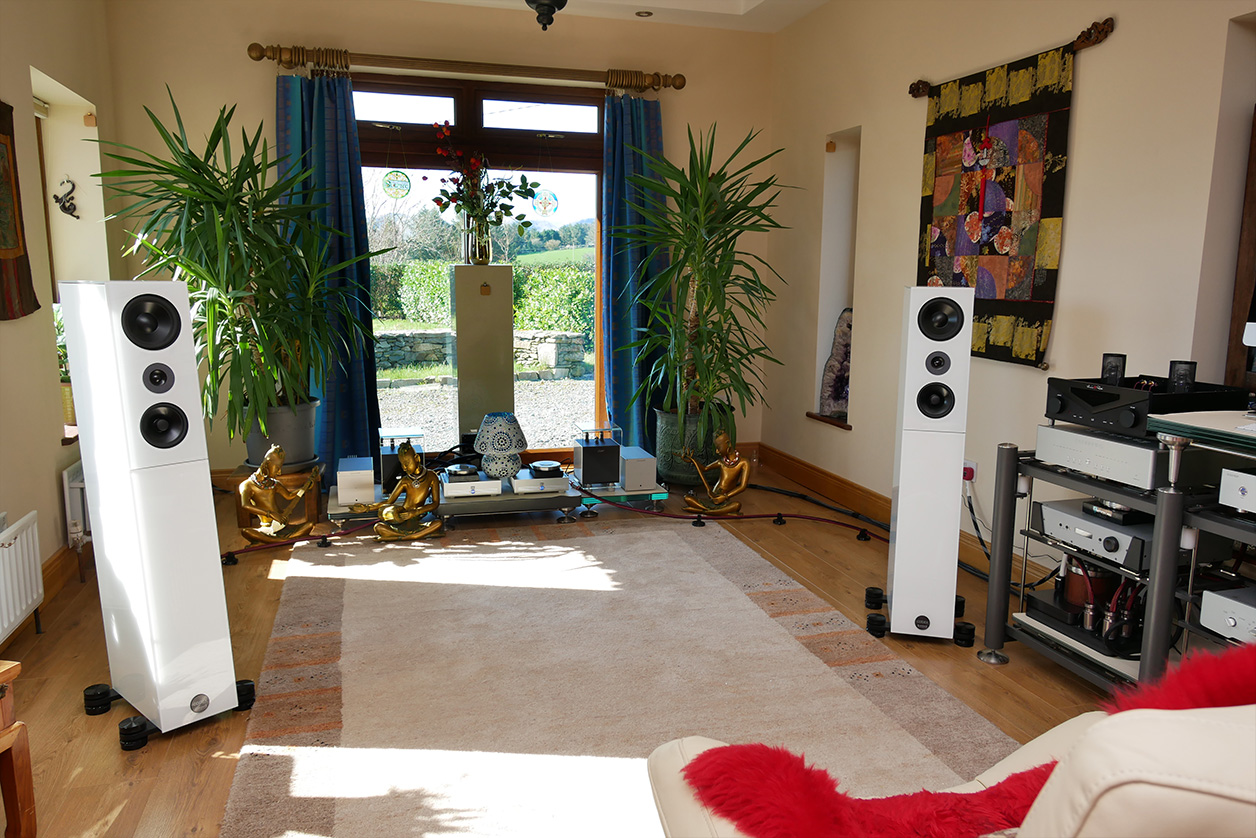 Compared to the LinnenberG sessions, the class D amps sounded more massive and immutable like the Rock of Gibraltar or what original pre-Chinese hulking Krell amps did. That total control from full-bandwidth very low impedance, that unwavering firmness and slam stayed put. These aspects weren't overridden. The triode contributions were as just outlined. What on an earlier page I'd called music's 'gait' or 'attitude' was thus unmistakably that of big powerful ultra-grip transistors. The 'fragility' of the Japanese bottles was nowhere in sight. Behind that particular curtain was no one. In many ways, this novel interpretation on Devialet's class A/D concept—their 1-watt class A module strapped to a potent class D current buffer—was the most spectacular in bridging these two worlds. 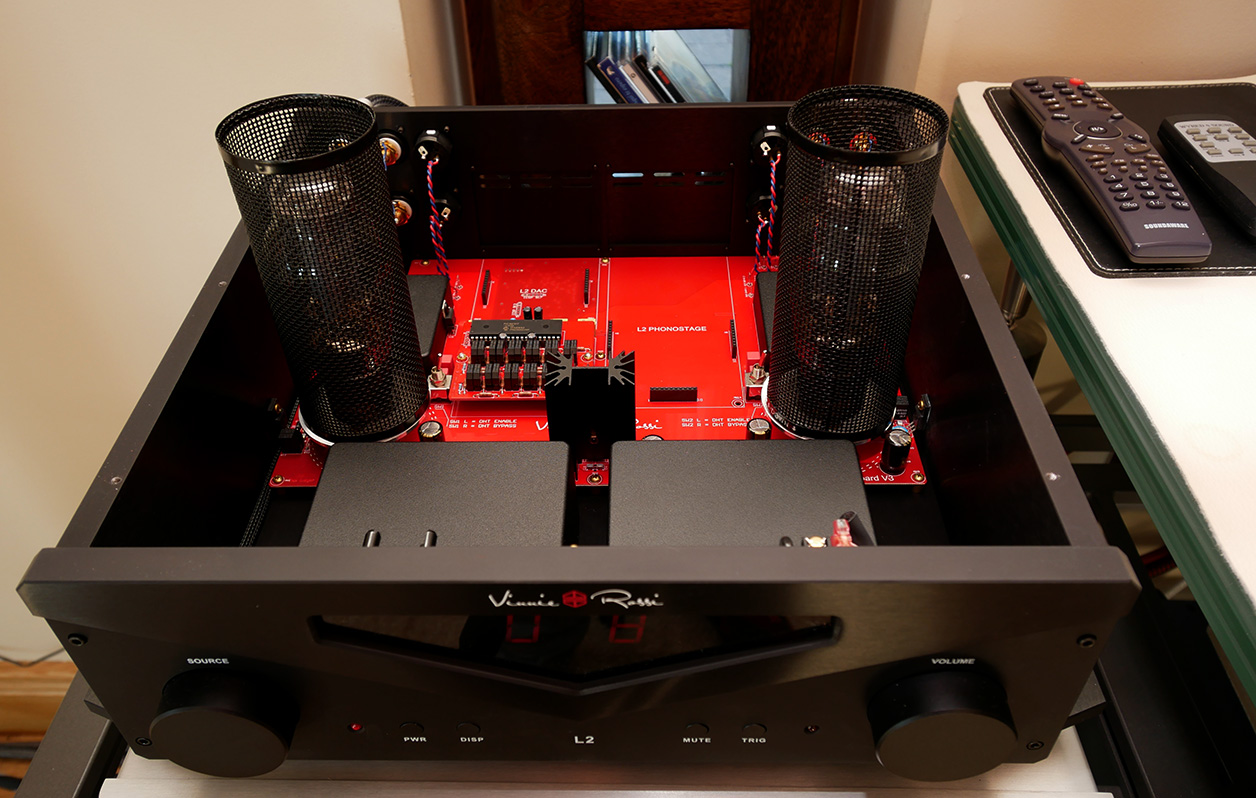 By themselves, the class D monos sounded perfectly respectable and in this most current Rev D revision, far superior to our originals. But the dynamic vitality, color pop and glistening additives which the direct-heated triodes injected like perfectly judged collagen enhancements moved them into an entirely different class. At less than £2K/pr for the 'D' half of our class A+D proposition, these Nord monos proved to be a very winning and frankly quite silly-grin proposition. That I had not expected. But hearing was believing. My takeaway from these sessions? L2's undeniably hefty ask can be elegantly offset by these amplifiers costing less than 1/8th yet which drive any speaker conceivable. That day's bumper sticker now read L2: Be DHT. Travel anywhere.

Incidentally, the balance control was perfectly intuitive by increasing the numbers of the channel you're making louder. Afterwards the display defaults to the standard volume readout and the dialed-in offset is locked in.

A theme with many variations. A solution as elegantly simple as Vinnie Rossi's L2 preamp we might have expected from one of the big established tube houses like Audio Research, conrad johnson, VTL; or a newer specialty boutique known for unusual designs like Trafomatic. Yet none of them—not one!—managed. The global market has nothing at all like it. L2 is the first and only one of its kind. As the closest alternative, we learned of Allnic's L-10000. But how close really is an 8-tube balanced three-stage circuit with 6AN8 inputs, 12AU7 drivers, push/pull 300B and a vintage -80dB S/NR? L2 stands alone. It also does in offering that very practical alternate tube-less path of Jfet buffer for when your glass may be down awaiting replacement, or for when you need a bypass. It does so with its 2.5V, 4V and 5V toggles which take tube specimens from all three voltage families. It does so with its optional DAC and phono boards, with its special-order headphone amp module. To anyone who's been in hifi long enough to know that invariably, you can find something very similar behind a different face plate, the Vinnie Rossi L2 is a major stumper. With it, there just isn't, period. In my book, the consequence then was inevitable: 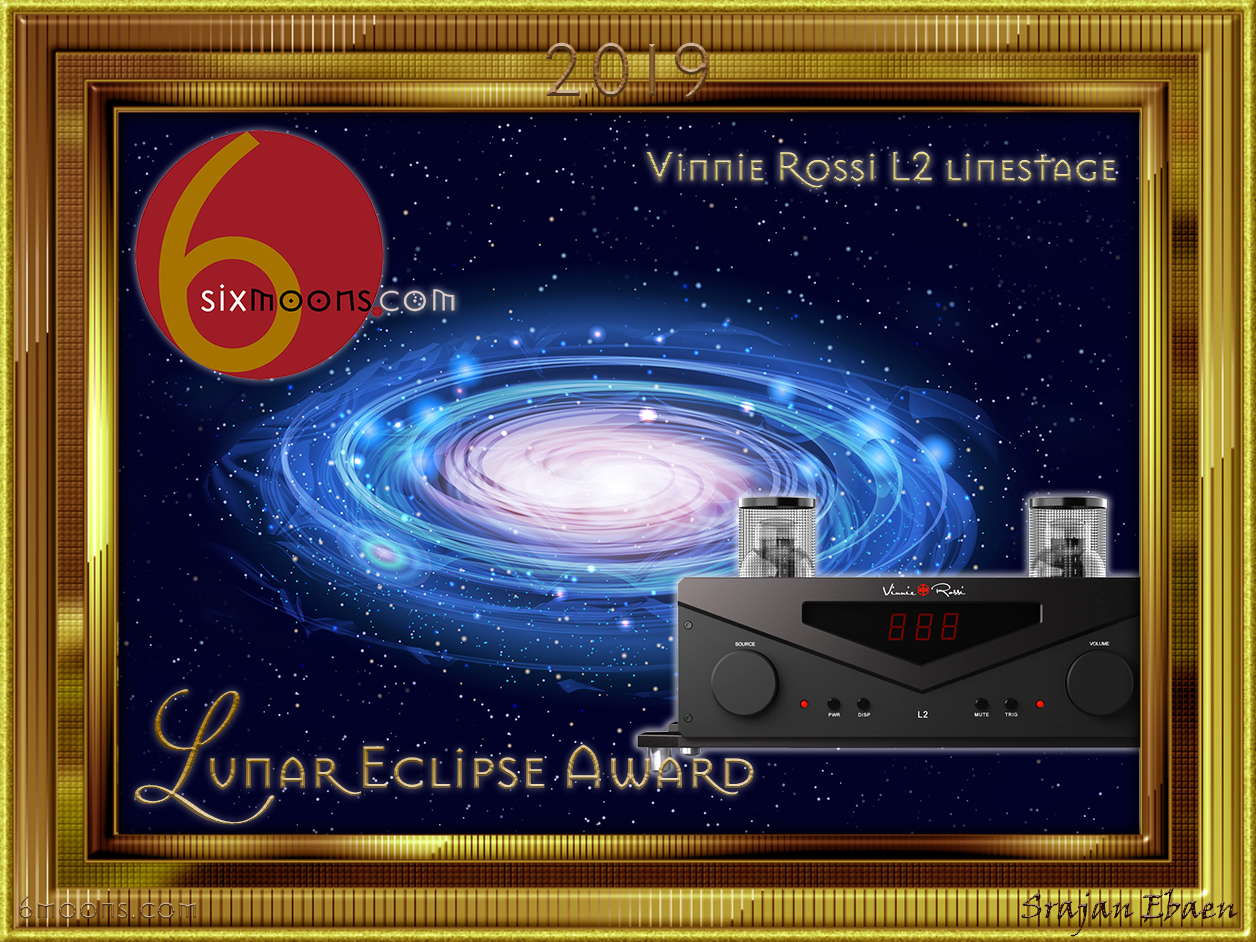 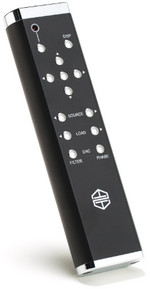 Enter the many sonic variables. Having listened to only two 300B specimens from ElectroHarmonix and Takatsuki, I wasn't exactly glued to the spot. But I barely rolled. To learn about the true breadth of possible flavors Baskin Robbins style shall hinge on owner feedback. Voilà, Vinnie's forum. My open call there in mid March was simply too early. In due time, L2 owners will certainly start sharing their impressions and assist new owners to hit very specific sonic targets with strategic tube choices. That's where you should log on then to learn more. With Anthony Kershaw of Audiophilia and Michael Lavorgna of Twittering Machines working on their own L2 review loaners, those sites too will have more on this fabulous hifi invention soon.

To conclude, with the Vinnie Rossi L2 line stage, that well-trodden claim—of direct-heated triodes being the most linear low-distortion audio gain devices ever made—has finally grown legs to stand on and not just walk but sprint like a racer. Until now, bandwidth- and power-limited SET amplifiers with insufficient speaker control, high distortion plus self noise to hit a measly 14-bit resolution had not represented the claim with any true conviction. With the L2 linestage, these ancient gain devices which enjoy quite the renaissance including Western Electric's new production line plus current production in China, Czechia, Germany, Japan, Russia and the Slovak Republic are finally liberated from coupling capacitors, output transformers and driver tubes. As now truly themselves without the traditional crutches or interpreters, they finally step into the bright light of day with genuine purity and speed. And that equals bandwidth, noise and resolution figures which are on par with the best of transistors. The resultant sonics are very special!

Postscript: For this to happen, only 99 years had to pass since RCA made the first commercial vacuum tubes available; and for one guy in Massachusetts to be mad and stubborn enough to pursue it until all the related challenges and issues which had defeated competitors were finally resolved…