Variation #6. This married 1MHz DHT to 1MHz Mosfet, a blessed affair which had me see my very own Wizard of Oz. Lighter and more filigreed than the German SET, with deeper more separated soundstage layering, more venue ambiance, more microdynamic acceleration, superior control of the low bass and better extension in the treble, this really did fulfill a personal notion of what's best in the valve and transistor camps. To understand to just what degree the triodes 'dominated' or 'registered through' the LinnenberG monos, I had to roll glass. With my comments thus far based exclusively on Vinnie's favourite TAK 300B…

… it had become time to sample the ElectroHarmonix Gold. Those were instantly bassier, chunkier, plumper and limbed more heavily. They switched right back to Rike's Romy 20SE, albeit with higher resolution. Such a degree of 'give' I hadn't expected. Without seeing it beforehand, Vinnie had deliberately supplied vanilla/chocolate options. Knowing me as a transistors-for-speakers guy, he'd rightly suspected that I'd appreciate the quicker lither airier Takatsuki. Meanwhile another Rike client with our type 4-way—complex filter network, reactive high-pressure hidden woofer—and the funds would prefer the Russians. They'd be far closer overlaps whilst still sharing billing with the extra bandwidth, speed and current/control advantages which our low-impedance solid-state amps contributed over transformer-coupled valves with minor self noise. Especially if one plays rhythmically complex fare with serious low-end beats, the advantages of high-power transistors on such loads are undeniable. 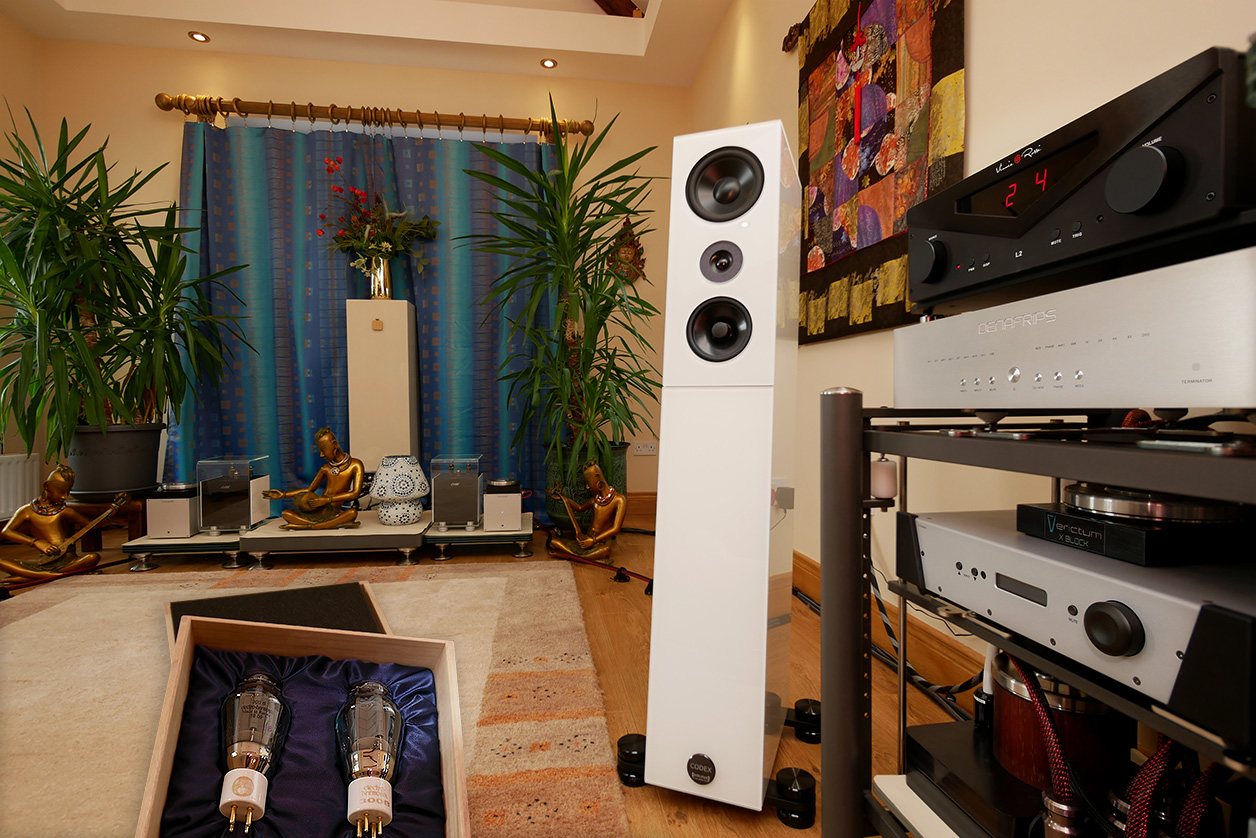 However, my biggest takeaway from this session was that similar to how the late Eduardo de Lima of Audiopax had attempted cloning, of KT88 as triodes, Vinnie's L2 now allowed one to clone advanced SET attributes from properly spec'd transistor amps. De facto it meant, 1/ hitching that type sound to SET-unfriendly 'normal' speakers and 2/, doing so with no impact on musical choices. As Ivette's favourite TV chefs The Hairy Bikers would say, this was mega. This was the third gender: no longer just this, no longer just that but the best of each, simultaneously. 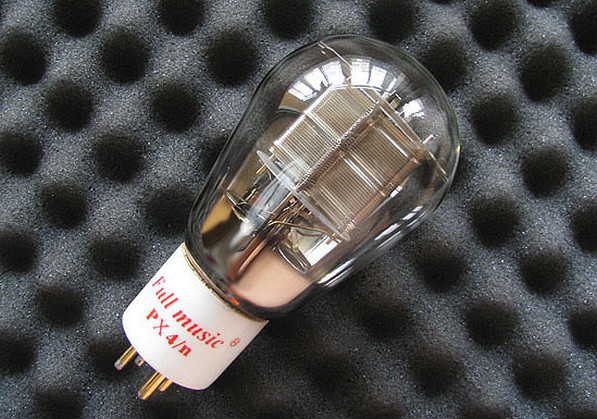 Asking Vinnie about a headphone module—one could simply run L2 into a headfi amp—"I've already done this custom for someone who just wanted to use this machine as a headphone amp. I used one 12V trigger jack as 6.35mm stereo jack and swapped in a 4-pin XLR for the other trigger. Now you have the L2 Signature preamp as headphone amp. This should drive all your headphones except for e-stats and doesn't get too loud too soon on the volume control. So there is nice range between 0 and 63."

To be sure, this won't become a standard feature but remain a special-order option. Vinnie explained:

"Both ¼" and XLR outputs are really fantastic off the DHT and very low in noise. In Jfet mode without tubes, there's zero noise to speak of. I could still install a hi-gain stage if special headphones required it. For the L2 preamp, I simply meant to do away with all the many LIO options because some folks have a really hard time deciding. I wanted L2 to be more streamlined. So I'm offering the L2 preamp with just the DAC and phono options. All else is 'standard' and already maxed out on performance.

"I didn't want to add a headphone port as space on the rear is tight and I didn't want a hole in the front. But in cases like yours, I'd assume you need no trigger ports so could customize a unit with 6.3mm and XLR headphone outputs. By the way, voltage gain of the SE output equals DHT gain (~8dB) and BAL adds 6dB with twice the signal swing for ~14dB."

Pushing our collective luck, I then just had to ask Vinnie if eventually he'd consider combining L2 preamp and L2 monos into a one-box integrated solution. Combining into a shared enclosure usually saves on cost and for many customers one box is a cleaner simpler solution than three. Ask and ye shall receive?

"While I have not formally announced it yet, an L2i (L2 integrated amp) is already in the works. There will actually be two versions:

♥ The L2i standard which will use two 6SN7 octal tubes in the linestage circuit inside the enclosure
♥ The L2i-SE Signature Edition which will use two DHT like the L2 Preamp as well as the filament selector switch to roll different DHT families.

"For both models I'll use a similar Class AB Mosfet amplifier topology as in the L2 monos. Bandwidth will be -3dB at ~450kHz instead of at 900kHz like for the monos but I aim to deliver more output power: >100wpc into 8Ω and closer to 200wpc into 4Ω. The overall aesthetics of both L2i versions will be similar to the L2 preamplifier but grow in width due to added heat sinking on both side panels. The feature set will be very similar (tube bypass switches, SE/BAL line inputs and outputs, optional L2 DAC or L2 phono) as well as the optional L2 headphone amplifier stage I already mentioned. L2i will hopefully be in production late summer 2019 and exhibit at the fall audio shows in the US."

Which gets us at DHT + Dutch class D by way of nCore 500 as packaged and customized by Nord Acoustics of the UK. Would those high-power switching transistors be as transparent to the preceding direct-heated triodes as the class A/B equivalents had been?