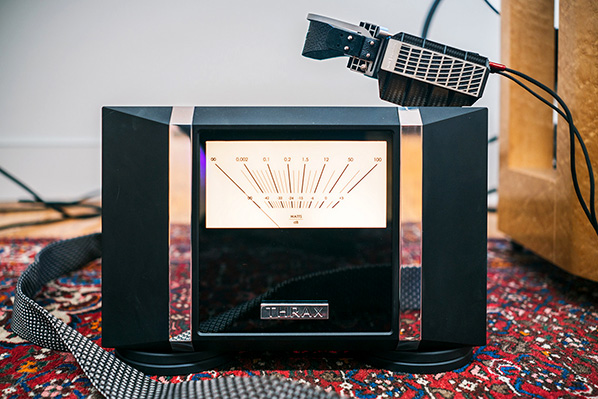 Before serving up the dish—signing off on the final mix for posterity and mass consumption—it is inspected and corrected against critical standards. Those parameters Alex encapsulated in 'the correct way'. They could be intonation (pitch accuracy), phrasing, timing, precedence (about which sounds are loudest at any given moment), placement (where exactly in the soundstage do they occur), texture (reverb), general/particular dynamics and a lot more.

To perform such a complex multi-layered inspection particularly on massively multi-tracked productions obviously relies on maximum resolution, maximum clarity and maximum neutrality. Now a headphone for monitor/mastering purposes becomes a precision tool of ultimate magnification powers like a jeweler's loupe or chemist's microscope.

Anyone who fails to apply these exact expectations to the SR1a or expresses subsequent surprise or bewilderment when an audition confirms it all hasn't paid attention. This is a very different proposition from consumer headphones voiced to make the broadest variety of music sound nice off an iPhone.

Could one use tubes?

As poster Zhanming057 reports and documents with his photo, the 55kg 50wpc Thrax Spartacus 300B from Bulgaria got it up fine. Alas, this wasn't his grandpa's weak-kneed SET but a push/pull affair with 300B driver, 300B shunt regulator, a quad of costly Emission Labs 300B outputs per side, transformer-based phase splitter, step-up transformer voltage gain, nano-crystal-core output iron and matching power-supply chokes – not the most practical or cost-effective approach. "And yes, the combination had a damn magical midrange" we're told without any comments on the remainder of the bandwidth, on noise or general resolution. 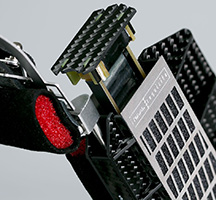 Could one use powerful affordable class D instead? I had a pair of Nord Acoustic nCore 500 monos with hot-swappable discrete opamps to find out. How about a €1'200 50/100wpc into 8/4Ω little class A/B Mosfet amp? Our Stello S100MkII would tell.

Being a modular field-serviceable design, how about replacement parts cost and warranty coverage particularly for the critical ribbon cartridge? And given Danny's most excellent ear supervision, what had been his favourite mastering-work headphones prior to the arrival of the Raal Requisite for a bit of extra context?

With a 1-minute self install, replacing a single SR1a ribbon will cost you $199 outside the warranty period; or $349/pr. To refresh all four foam pads is $99. Should you travel rough, a new Pelican hard case is $299, a spare ribbon/amp interface box $499. A 7' cable harness gets $399, a 14' version $649. Intermediate lengths exist. 4-pin XLR to 4-pin XLR extension cables are available, too. Warranty is a reassuring five years.

Given intended pro use where the going can get far rougher than at home, domesticated users should find the SR1a unusually rugged and hard wearing and working. Here we remember "450mW RMS power handling on bass-heavy tracks to generate 111dB". From a generic comparative loudness chart, we see that 110dB is the human pain threshold equivalent to a steel mill, an automotive horn at 1 metre, a riveting machine or a turbo-fan aircraft taking off at 200ft. Live rock music too can get up to 114dB. Let's get real. If you do that with a headphone floating one centimetre off your ear, you'll be deaf in no time. But given that the SR1a was designed to take such abuse, ribbon failures during home use should be most rare indeed. 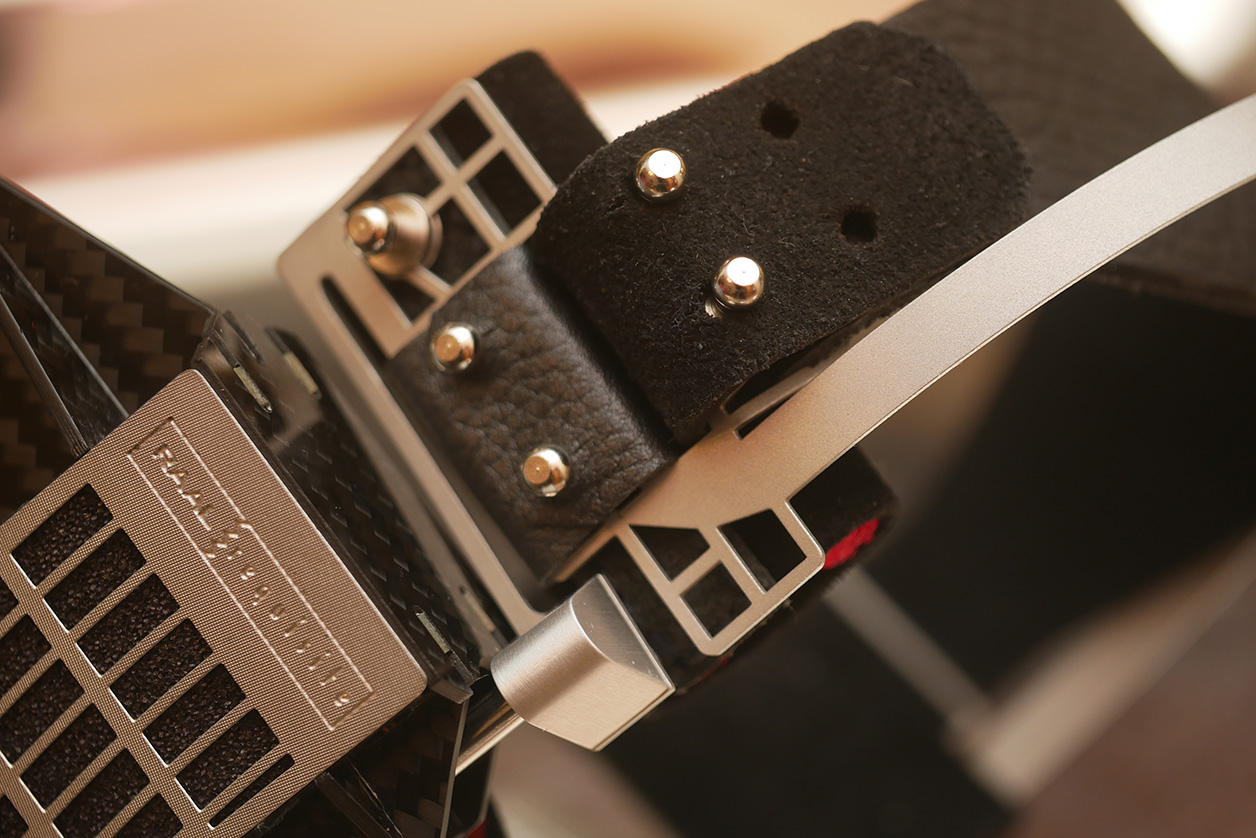 Or as Alex put it, "like any other moving diaphragm, one is mindful to not exceed safe excursion parameters where elastic deformation becomes plastic deformation. Until that point you can have billions of cycles but if you overdrive, you can overstretch in an instant. Follow our 100w@8Ω power recommendation and excursions will remain below that point. I have like-new ribbons with more than 1'000 hours on them. I also have a few which sag because I seriously overdrove them during R&D. With more than 12'000 of our ribbon tweeters in the field, we replace no more than 7-8 pairs/yr. As an engineer, I do my best to design for reliability. That's why our very first headphone to market is the only one that's user repairable. It's not because we expect failures. It's because I dislike things which I can't fix myself. I hate built-in obsolescence. I hate having to send things back for repair which always consumes more time than it should."

Now a reader checked in. "I've followed your unfolding review with great interest. As of this morning I counted four pages. Given your long intro, do you expect these to be the new king of the headphone jungle? It's hard to imagine they wouldn't be…" To which I replied that "I expect that to an unusually acute extent, king making shall depend on the qualities of recording and mastering. With good stuff, I'd expect to hear even more goodness. With badly compressed over-EQ'd stuff, I'd expect to hear more obvious badness laid out. How could it be otherwise if we apply the same high degree of magnification?

"I've heard open-baffle bass in my rooms to know how it differs from ported/sealed versions. Removing that distortion and overlay onto the midrange alone opens things up. Few have opportunity by contrast to know just how used to or brainwashed we are about cabinet colorations to consider them right and normal. When you first remove them, certain things fall away, others come into play. How one reacts depends. Obviously home listening is (ought to be) for pleasure whereas monitoring/mastering is about finding faults and correcting them way deep in a mix. How will a rigorous truth teller apply itself to pleasure across a wide swath of recording quality? That remains to be seen. From the standpoint of dissecting complex mixes down to their individual strands, I do expect that these could set new strandards." 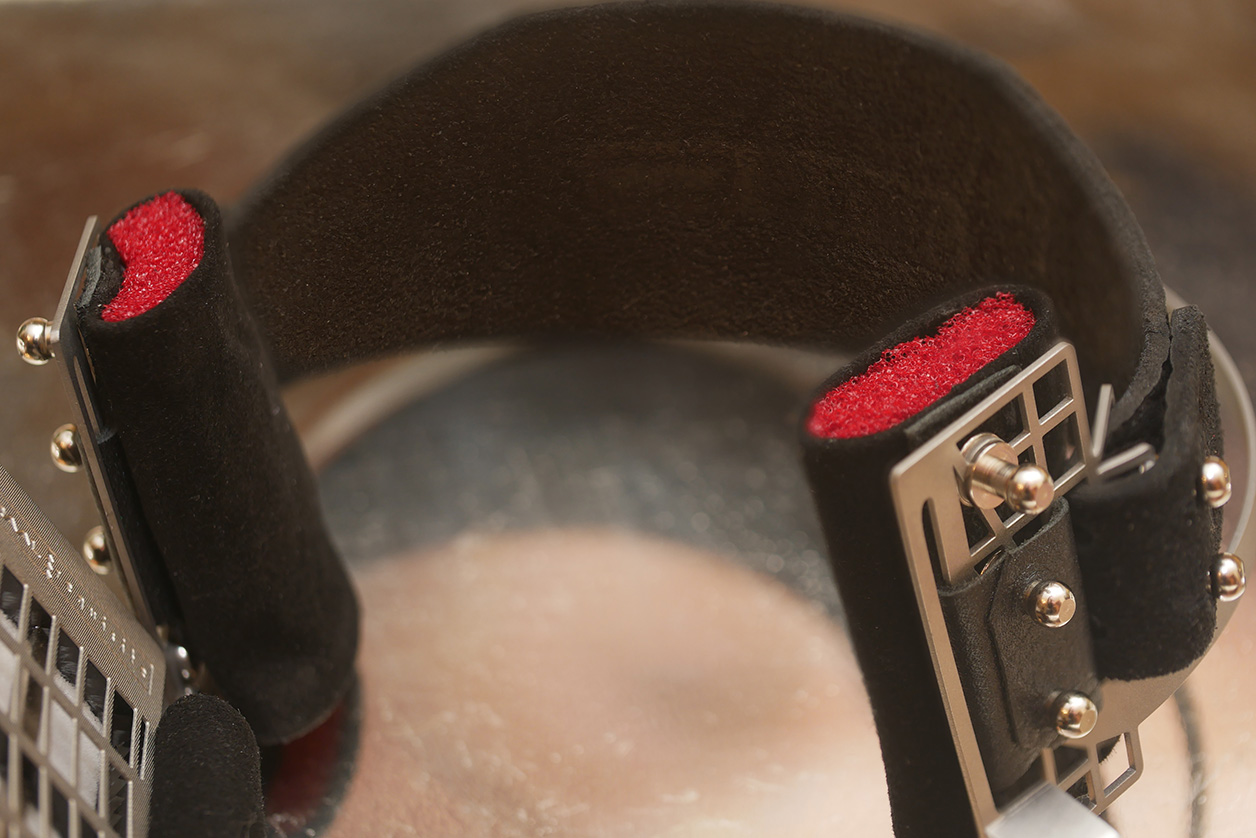 Danny McKinney: "I was never much of a headphone user – a bit here and there where circumstances required but in no sense of using headphones as reliable references, mostly as just secondary sources to consider too. This was largely due to the problems Alex and I write about in a white paper to be published on our site. But to answer your question: AKG, Audio Technica, Sennheiser and Beyer were fairly common brands in studio environments. However, these were more workhorse models and not as refined as the upper-end models they offer today. More recently, I had seven Audeze LCD2, LCD3 and LCD4 on extended loan. Nice headphones but due to typical limitations of sealed ear cups and acoustic resistance, they were not appropriate for reference. Also, four of the Audeze were the LCD3. It was interesting how different each of them sounded. 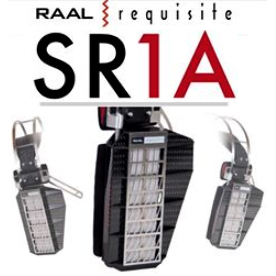 "Another problem with using headphones in a working environment is ear fatigue. I may be a little more sensitive than most but I find about 15-20 minutes to be my working range due to the pressure and heat of sealed cups. I joined up with Alex on this project a few years after he already had a pretty good proof-of-concept working model. This was around 2010.  It took about 10 minutes of Alex explaining it before I was 100% convinced that this was the path forward if we were to make a true reference monitor. In fact, as a reference monitor, I don't think of the SR1a as a headphone at all. It works on entirely different principles which is why we trade-marked the phrase 'Earfield Monitor'. It's much more like a speaker than a headphone and since near-field is a dominant monitoring method in studios, the phrase 'earfield' seemed to be the best way to describe the true nature of the SR1a. Every one is shipped to us in Ventura/California where we make the cables, mate them to their flight case and where I personally test and listen to each set for about an hour before shipping. So far, I have never detected a sonic difference in any of the sets Alex has delivered. They are as consistent as can be."

FedEx had picked up my loaners in Oxnard/California north of LA at 16:46 on a Friday afternoon. By the following Tuesday at 6:21 bright and early, they'd already cleared customs in Shannnon/Ireland. Because the local FedEx delivery contractor is headquartered in Sligo 2.5 hours north from our digs whilst Shannon is 2.5 hours south (cough), it took one more day for delivery to our rural outpost. Hundreds of sheep. Three loyal jack rabbits. One set of Serbian ribbons with Yankee cabling. What a mash-up.

About publishing measurements, Alex explained that he'd "developed some which were informative during R&D but I'm still trying to devise a proper method for publishable performance graphs because what an artificial head and ears produce does not represent what is actually heard. When I measure them hanging in mid-air from very close up, I get exactly what is heard but there are still issues when measuring a line source with a point-source microphone. I'm working on a line mike that will capture the area which the ear captures but without the ear-related nonlinearity. Artificial ears have an advantage over microphones in that they capture sound over a much larger surface area than a mike capsule which is basically a point. With headphones there are different arrival times from the middle of the diaphragm to the capsule and from the edges of the diaphragm to the capsule as the listening distance is very small. I would rather solve that problem with a flat flush-mounted microphone diaphragm the size and shape of the ear than use an actual 3D ear shell and stick a point mike to where the ear canal should be. That way I could capture the wave over the surface area of the ear just like the ear does but not contaminate the measurement with ear-shell-related nonlinearities only to try to subtract those from the measurements later." Which now wraps up the genesis story, the collaboration story and the technical background.