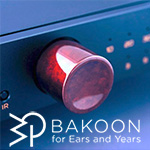 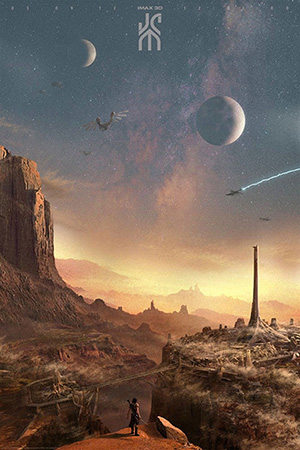 Barsoom. It was Edgar Rice Burroughs' name for the planet Mars in his John Carter pulp fiction novels of the mid last century. His first Barsoom novel made it to the big screen in Disney's 2009 movie. Alternative poster from here.

Today's Bakoon is very much of this earth even though reviews here and elsewhere report that their sonics leap as easily and high as John Carter could on Barsoom's lower gravity.

Founder Akira Nagai's gain circuit has been refined over many subsequent iterations. Its original realization seems to have occurred in a moment of pure seeing.

Hence Akira-san calls it the Satri IC. That's an obvious contraction of Zen's satori for momentary enlightenment. Based on a discrete operational amplifier without feedback whose input and output resistors set its gain factor in the current domain, implementing the input resistor as a variable type creates a quasi integrated amplifier. It has no fixed gain which is subsequently trimmed by a conventional attenuator but true variable gain with exceptional speed.

At first an exclusively Japanese brand without real export activities, Bakoon International came to be when Soo-In Chae of South Korea joined the company to use his mechanical engineering skills to modernize Nagai-san's industrial design and manufacturing processes. That's when Bakoon went global. My review of their breakout AMP-11R in July 2012 told that story.

Since then, former Sony engineer Keng Koe Ho joined the team and Bakoon built their new R&D centre in Japan's Kagoshima plus launched a local corporation in California's Silicon Valley. The engineering alliance between Akira, Soo-In and Keng Koe and the associated geographical team work between Japan, California and South Korea led to the launch of Bakoon's flagship 100-watt AMP-51R and its subsequent AMP-41 half-power version. At $20'000 and $9'000 respectively, they leave room below should one need less power and have less discretionary hifi funds.

At 15 watts, the AMP-12R, successor of the 10wpc AMP-11R, had already filled that slot and with it, a power/speaker terrain of parallel 300B SETs though executed with Exicon lateral Mosfets for far lower noise and extreme bandwidth. Now discontinued, it already numerically stood to reason that an amp of perhaps 25wpc for greater utility would eventually replace it.

With its ¼" port, our personal 12R unit is far from retired of course. In fact, it's very much active as a superlative headphone amp and our very best driver for HifiMan's inefficient Susvara planars. When Soo-In contacted me in mid September 2018 to review a new amp which would make its debut at the Denver RMAF show, I assumed that it'd reincarnate the AMP-31 of my header image into a younger more powerful body with an 'R' suffix to signify 'reference'.

Long since filed away in their archives, the original AMP-31 was described as containing "the most essential technological expertise from Bakoon Products". Shelved in December 2011, I thought that it looked set to rise again as the latest baby Bakoon or black Mars bar given my intro. It would distill the most current essence of their proprietary gain circuitry, bias tech and advanced power supplies.

The flagship AMP-51R and its downscaled 41 sibling were bound to trickle down their innovations to a less exclusive audience. Bakoon's FaceBook page had already teased images of a compact new controller display board; and hinted at a shipment of knobs bound to Japan for the traditional Urushi lacquer treatment. The newcomer would be small; and sport a chunky knob on its front.

And that had been my presumptive preview of Bakoon's newest amplifier well ahead of first production or loaner delivery. Visitors to the 2018 Denver fall show's soundkaos exhibit were first to see and hear it in action. As in years past, the Swiss tone-wood speakers showed again with Bakoon.

To restate Akira-san's design philosophy from our many prior reviews, he'd observed how additional mass on turntables sounded better to speculate that this tracked lower and lower speed errors. His conclusion became that for music to sound real, correct timing was of the essence. That eliminated tubes due to the time lag of their material makeup. For the same reason, it also eliminated feedback. Learning how to achieve the minuscule distortion he was after without feedback led him to current-mode signal processing and ultra-high speed aka bandwidth. Voilà, Bakoon's concept of no feedback, exploded bandwidth, ultra-short signal paths, a precision bias controller and a gain stage that operates as a transconductance amplifier. Now a differential input voltage produces an output current as a voltage-controlled current source, making it easy to create a variable-gain amplifier by switching the resistor value at the output of the circuit.