Soo-In: "With three separate MPU each with its own software, the AMP-13R's brain is more complex than our prior models. But such separation of control software across three different processors made the boards smaller because now we needed fewer parts and fewer traces. This really was our in-house study platform on how to make something complex as simple as possible." To hint at some of the late tasks this presented to their in-house code writer Ho-San, Soo-In mentioned items like identifying just the right sensitivity for their DC protection mode so that a turn-on transient in a source wouldn't trigger their amp into protection; like proofing their code against interference from non-Bakoon remotes; like setting the perfect balance between physically rotating the encoder knob and how fast it ramps up their circuit in different system-gain scenarios. Hard-coding such behaviour to software without unwanted responses from associated hardware is a time-intense enterprise. Final tweaking can happen only after first production is minted. It's only during actual usage at shows or dealers that unexpected interactions with various ancillaries not at hand in the factory can possibly reveal themselves. Now the software team kicks into overdrive to minimize delays of first shipments where the hardware and packaging are ready but the firmware is still being tweaked.

Soo-In kept apologizing for delays but working out final firmware kinks simply does take time. But all good things come to those who wait. Dawid's review on HifiKnights simply skipped the line. Having snapped up one of the early AMP-13R Warsaw samples, his award for the baby Bakoon broke the ice. By now I was really itching to hear one for myself. From his review we learn that the AMP-13R was of sonically similar flavour to his 200wpc Kinki Studio EX-M1 but in an overall very much higher class except for (on his inefficient Boenicke W8, not 96dB Libération) ultimate bass wallop and SPL; and just as fast as his NuForce STA200 which is based on the famous Goldmund/Job 225 but "denser, wetter and substantially superior on detail retrieval, decays, subtlety and tangibility."

This makes a good juncture to paint you my basic picture of amplifier land. Whether framed in 2nd/3rd-order dominant or triode/pentode THD terms; or instead in the musical equivalents of legato and staccato – experience points at two basic classes of sound. In musical notation, legato is represented by a slur or arc across a group of notes which instruct the performer to play them without any breaks, continuous. The most extreme example of legato is a piano with its damper pedal disengaged. Now notes blur one into the other as though in a big echo chamber. In hifi terms, the upshot of legato are softer transitions and extended decays which overhang to wrap themselves around subsequent notes. Think connective tissue as that spiderweb stuff between/around the notes.

Most anything percussive is staccato. Ditto strings which are plucked pizzicato or attacked by a 'hacking' bow. This leaves clear spaces between sounds to separate them; and the sounds themselves are very well damped to stop as quickly as they start. Think morse code or a jack hammer. Notation adds dot accents to signify staccato. Because music consists of both staccato and legato elements, a hifi is expected to represent them both. In practice, a softer no-feedback low-power single-ended triode amp with high 2nd-order THD but practically nothing above the 3rd harmonic will emphasize legato. A very high-feedback high-power class D amp with minimal low-order THD but some above the 4th is far more likely to champion staccato with sharper transients, shorter decays and exceptional separation. This strips out the connective tissue which SET fans admire as well as classical concert goers with balcony seats. Such seats hear 70% or more reflected sound whose transitions are far blurrier due to the large venue's lengthy acoustic reverb. Audio lingo calls that a wet reverberant sound. It's heavier, denser, softer and slower. An anechoic chamber without any reflections would be the epitome of dry and ultra damped. It's where decays go to die.

For an amplifier to separate out maximally and register the beginnings of each sound with very steep leading edges yet not, to varying degrees, seem dry and damped is a real trick. DC-coupled circuits with wide bandwidth tend to excel at staccato, separation, clarity and overall intelligibility. But compare a budget Job 225 to an upscale Crayon and you'll note that the former will be brighter, coarser and drier. Once we move up within this same class past the Kinki EX-M1 then our Crayon CFA-1.2 to a Bakoon, we retain the speed and lucidity of the Job 225's starting point but pile on as many of the heavier legato virtues as a staccato-centric maximally fast circuit can without relinquishing anything on the opposite front. 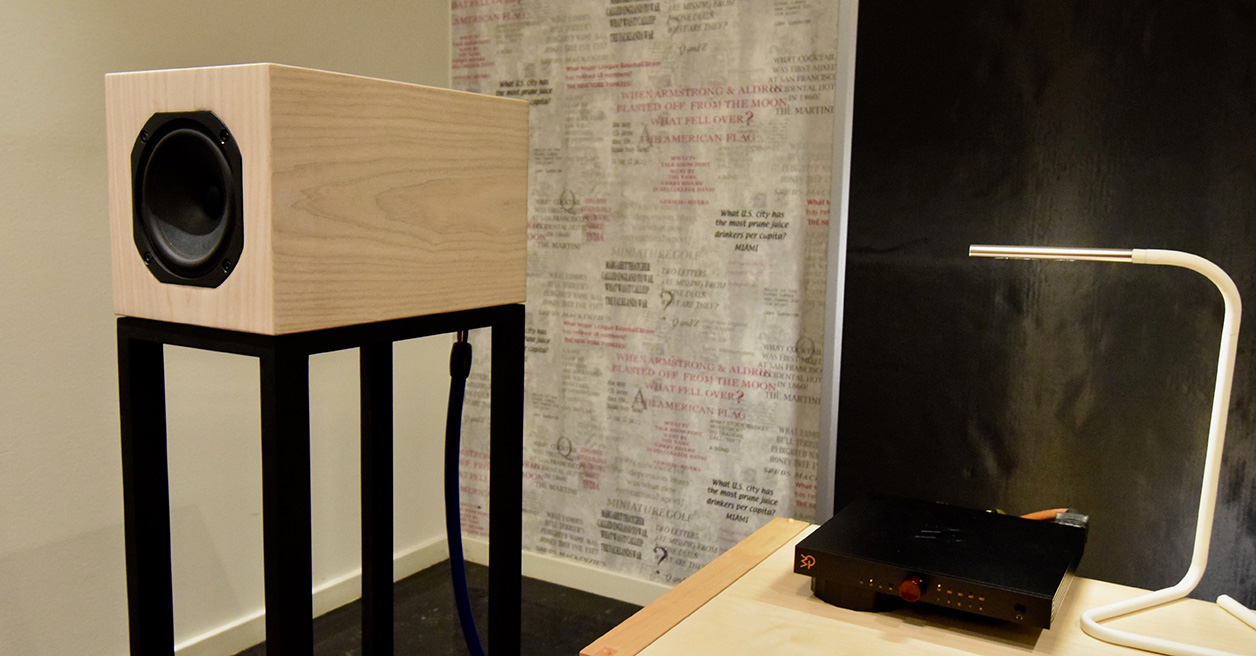 By February 19th, AMP-13R waves had landed in Stockholm where Hagto Audio's Torry had shown it at High End Mässan with his Trym speakers. "It is a wonderful amp" he gushed. Word was spreading.

Dawid's review is filled with terminology from that camp and expressed surprise how it could coexist with the same speed and clarity as his coarser lesser examples by NuForce and Kinki. In our hardware collection, the LinnenberG Liszt monos are the premium 200w/8Ω stunt performers of that trick which I could afford. Our Bakoon AMP-12R is an even superior specimen thereof if 15wpc will do a proper job. Aside from more power and remote control, what would the AMP-13R bring to the party over its predecessor with that groundbreaking JET SATRI circuit?