In the interim, the Raal Requisite world's first of a true-ribbon headphone which floats freely before your ears like AKG's bygone K-1000 had landed only to clean house on our resident best headphones and crown itself new king of flagship headfi.

As a 0.0018Ω load, the SR1a ribbon would present a standard ¼" jack with a virtual dead short were it not for that passive impedance adapter box with input inductors and 73 wire-wound resistors. That instead connects to a speaker amp's terminals to present as perfectly benign unwavering 6Ω load. By design, that also burns off most the amp's output in series resistance to feed the ribbons the much lower power they need plus the requisite 5 amperes of current envelope.

For this math to equal out, the maker recommends a 50wpc amplifier minimum. Being a daft reviewer, I naturally just had to try that with our AMP-12R. On pure loudness for my SPL needs, it was perfectly sufficient. But on challenging low bass transients, it caused a fluttering type of distortion to signal that it was suddenly starving the ribbons of the much higher instantaneous current they needed to deliver the loud perfectly damped low 30 cycles they're shockingly capable of.

Would the AMP-13R's 50wpc into 4Ω remain unperturbed seeing I don't listen remotely as loud as the SR1a's 111dB max spec?

If so, the ribbons would take the place of the departed Meze Empyrean. 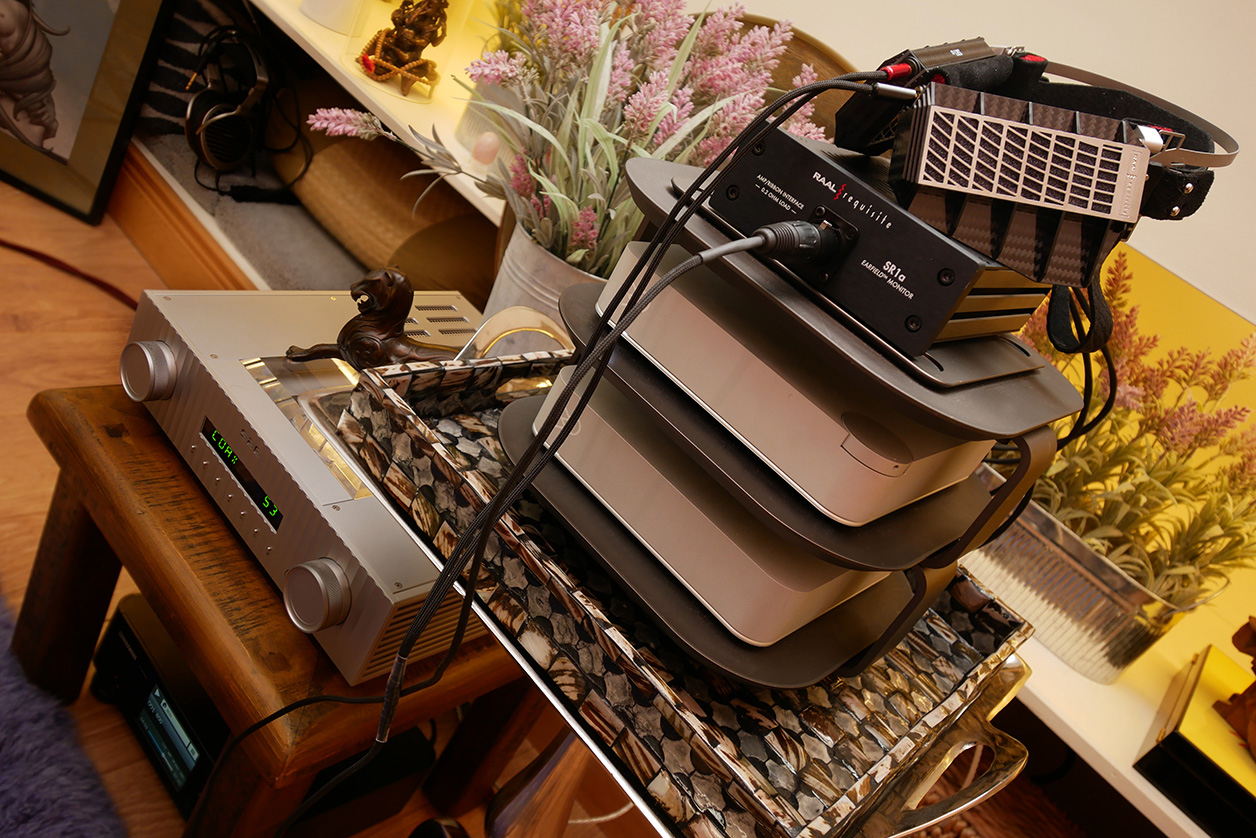 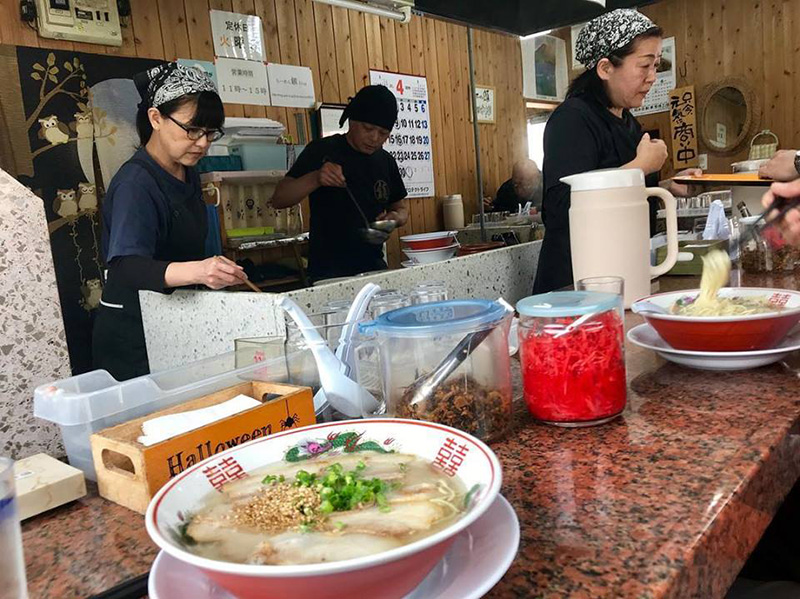 12th, Bakoon's FaceBook page had this photo from Japan. It was accompanied by a terse "Ramen lunch in Kagoshima, just about to finalize the AMP-13R software."

Such delayed optimization indicated how the final firmware code proved trickier to lock in than Bakoon had anticipated. Or as Soo In explained: "The three MPU circuits over the single MPU in the other models make for maximum efficiency but also mean that the JET bias, power + control + protection, then volume must first be controlled separately, then sync'd together to communicate with each other seamlessly. That was a far more complex job."

"I've followed your Raal headphone articles and am very interested in hearing an SR1a with our amplifiers for myself. I believe the results will be very special. I certainly look forward to your opinion."

So my own 13R ear adventures were about to begin. Martin of Swiss speaker house soundkaos was visiting the UK for an Easter wedding and bringing my unit with him to ship across the Irish sea together with his new Vox 3 mini speakers.

Then Richard James of 8th Dimension Audio wrote in with a surprise offer.

"As of yesterday, my 8DA boutique is now officially a Meze retailer. That means I have a set of Empyrean on the way. I saw from your preview that you would have liked to run them on the new Bakoon so I should be able to facilitate that with a loan."

To document the true size of the new baby Bakoon, I commissioned the props department aka kitchen for a mango; and the main system for a CD, here a compilation of well-recorded show-off tracks that  celebrate Audio Physic's 25 years in biz. It takes no brains to see that the LEDs show voltage input 1 and a gain setting of 14. 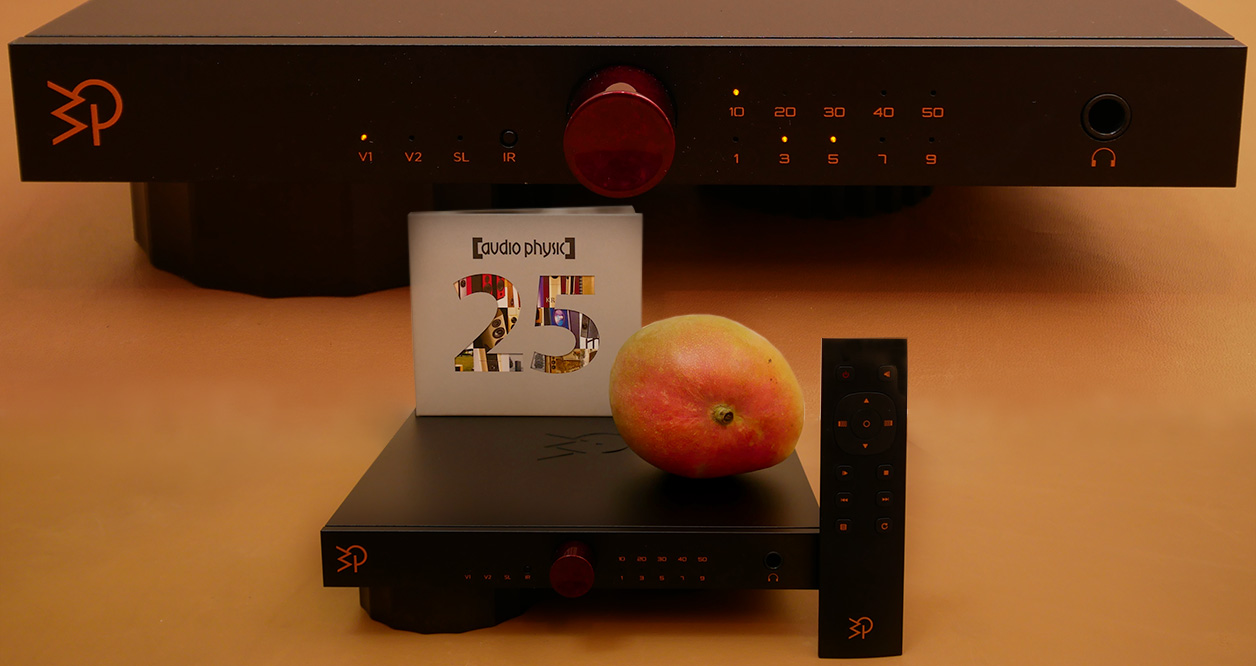 Meanwhile the action under the cover… 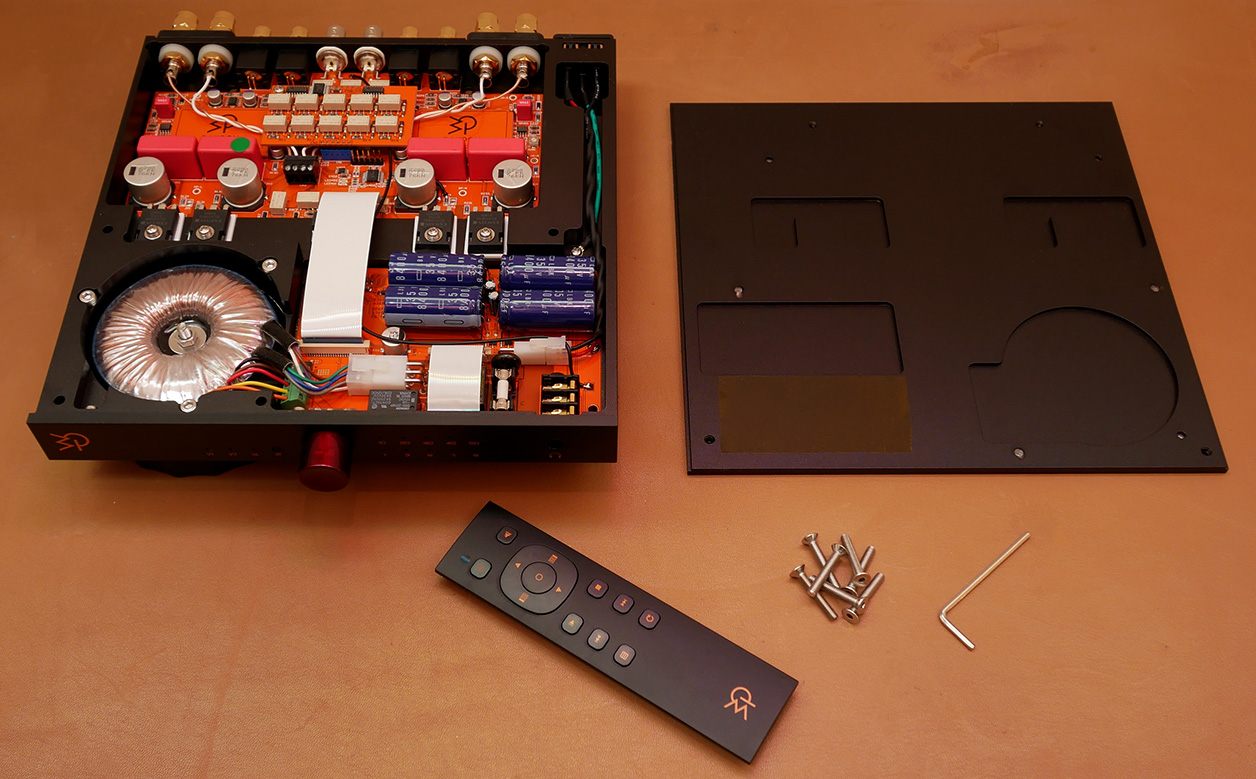 … shows that even the lid sports recesses to close properly. When small is the aim, each millimeter gained counts.