Doing the math. With Martin Gateley's direct sales, the artisanal nature of his small Swiss sound|kaos atelier became more competitive with mainstream brands a few years ago. Unlike many of those, with sound|kaos one never drives MDF and very rarely off-the-shelf drivers. For today's Vox 3f, there's just a stock TangBand. Even so, it remains a rare sight. The Raal ribbon is custom as are the high-performance Armin Galm woofers. Rather than hard-couple the stand, it links up to the integral T mount which itself decouples via rubber grommets and a squishy half sphere to isolate the wooden cab. The bronze ribbon mount, terminal plate and woofer grills all are a few cuts above and the potted filter PCB too go the extra mile. All that is just materialistic stuff; technical bits and bobs. Where the equation transcends 1+1=2 is on performance.

That includes cosmetics. If a product is ugly or same-old same-old, its engineering overlooks a discipline where it doesn't perform. Regardless of sound, it can never hit 100. Particularly speakers are furniture. We see them more than hear them. Looks can eat up 10-50% depending on shopper. I'd still argue that anyone who lets poor industrial design off the hook by according it just 10% does neither the industry at large nor that brand's lazy engineers any favors. Whilst looks are always in the eye of the beholder, the Vox 3f particularly in the less figured cherry should sit pretty with a broad audience. And its compactness and ease of being walked about—it doesn't weigh much, securely attaches to its stand and the flat disc footers beneath the base will never mar any flooring—go places where sarcophagi do not. With its integral brace, it's tailor-made also for the desktop, a credenza or lowboy. And it doesn't need much power to belt. 25 watts per side are sufficient even in a larger room.

Which left the best for last. 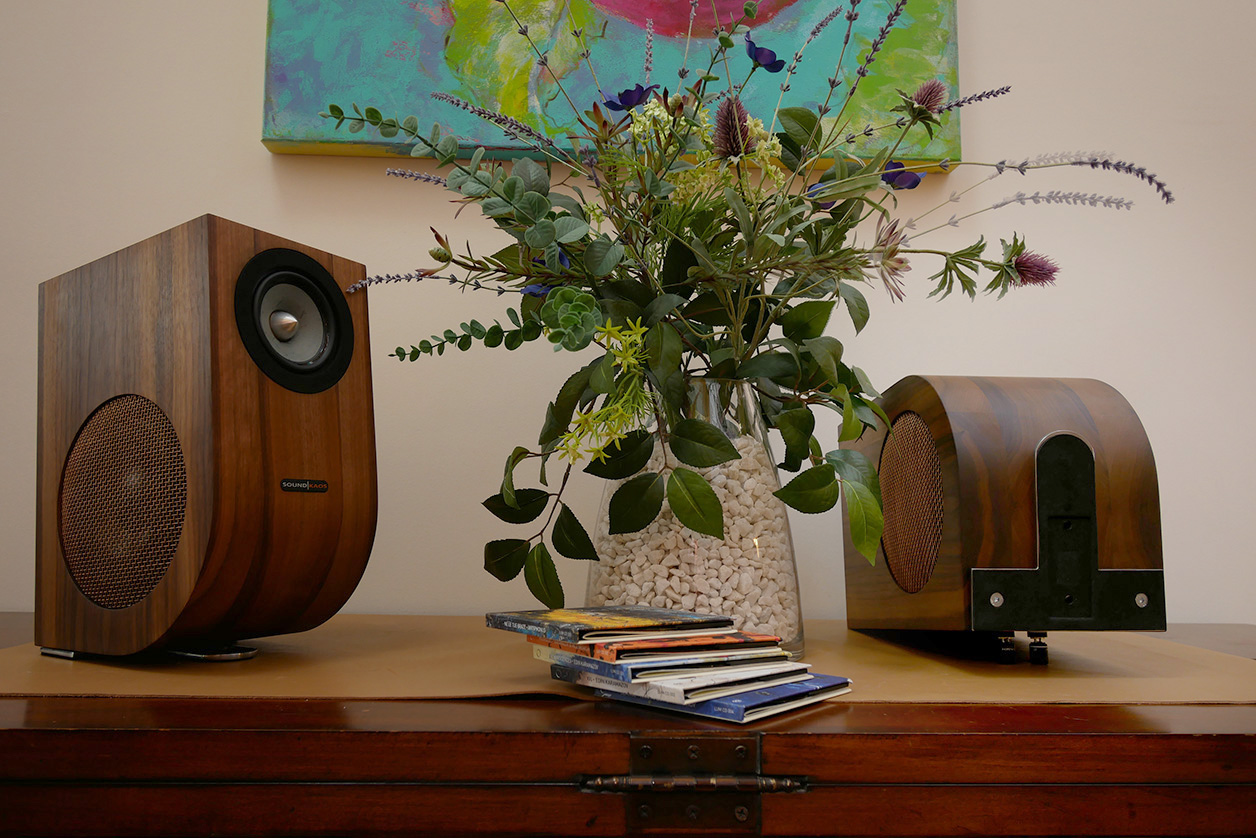 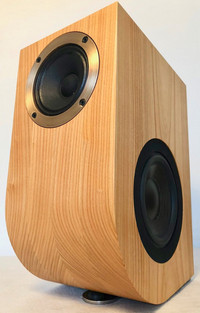 Sonically, the passive Vox 3f from Switzerland joins the active Fram Midi 150 from Poland as my most impressive compact speaker discovery in recent memory. It manages to combine intrinsically big tone with the type vocal expressivity and emotional intelligibility one often chases with single-driver widebanders but without their built-in presence rise to require no taming with bandwidth-limited phase-shifting SET amps. In fact, this notch-filtered smaller version adores 1MHz DC-coupled transistors. In tandem with Bakoon's AMP-13, it suffered no tonal bleaching or sacrificed substance. Its Joachim Gerhard style bass array for force canceling is loaded by rear-aiming slot port tuned to 35Hz. Top-quality carbon-fibre woofers with 4-layer voice coils breach the 40Hz barrier. This requires no subwoofer assist for proper fleshiness and tracks e-bass descents and kick drums beats.

The combination of 4" 'tweeter' which at 10kHz blends out whilst the upfiring premium Raal ribbon comes in on a single cap's 1st-order slope makes for a very dynamic and open treble without bite or added sheen in the brilliance region. Good off-axis response of the 200-10'000Hz main driver and very compact overall enclosure dimensions mean that like a rock dropped into a pond, the speaker sinks below the audible surface to leave behind only the ripples and waves.

Most all small speakers stage enormously. The Vox 3f's driver orientation and single-driverness across the majority bandwidth add some cream on top of that cake. For many listeners, it will mean that they get to have and eat their cake without marital discord, trading up to a kilowatt amp, victimizing their living space cosmetically or sonically by overloading it with raw bass displacement. Looking back over three prior sound|kaos reviews, to my eyes and ears as well as Ivette's, Martin Gateley's Vox 3f is his most universal thus most accomplished and attractive yet.

Which can't be the final word yet. There's still the Vox 3a. Building a bridge to that, here's a monster Carpatian swing number from Romanian accordion maestro Roberto de Brasov who also—wait for it at 3:00—belts out and wails some outrageously chromatic scatting addressed at…