Vox resolvo. To him, 3-inch to 4-inch midrange diameters were ideal. That's what Anthony Gallo once declared during a phone call. Even his magnum opus, the lanky 5LS line source, didn't exceed his core mandate. Paralleling eight of his small spherically loaded units did of course compound cone surface. But his point was that for the key bandwidth which a dedicated midrange driver is tasked with, anything bigger becomes detrimental to resolution and dispersion. If we consider Martin's small bamboo TangBand, it obeys the same belief. The expected and delivered results are extra speed and resolving power. But it also doubles as primary tweeter whose majority action occurs sub 8kHz. Now it becomes unusually big for the job. From that we expect and get extra air motion. That translates to unusual top-end dynamics like a superior ATM – except that wouldn't reach anywhere near as low to meet the woofers. Add a 1.5x7cm Raal ribbon which propagates omni for more freely dispersing HF. On the compressed EthnoPop track "Sev" from Uzbek queen Yulduz Usmonva's Sen Unchun album played at club levels, that HF artillery could mean mild intermittent steeliness. It clearly was due from poor production values which overemphasize a singer's teeth, breathiness, spittle and sibilant elements. A darkish headphone like Meze's 99 Neo doesn't unmask those. Our Raal Requisite SR1a ribbons do. They tell the truth, not a prettier lie. The Vox 3f's resolution was closer to the SR1a than 99 Neo but not as ruthless as the floating ribbons. 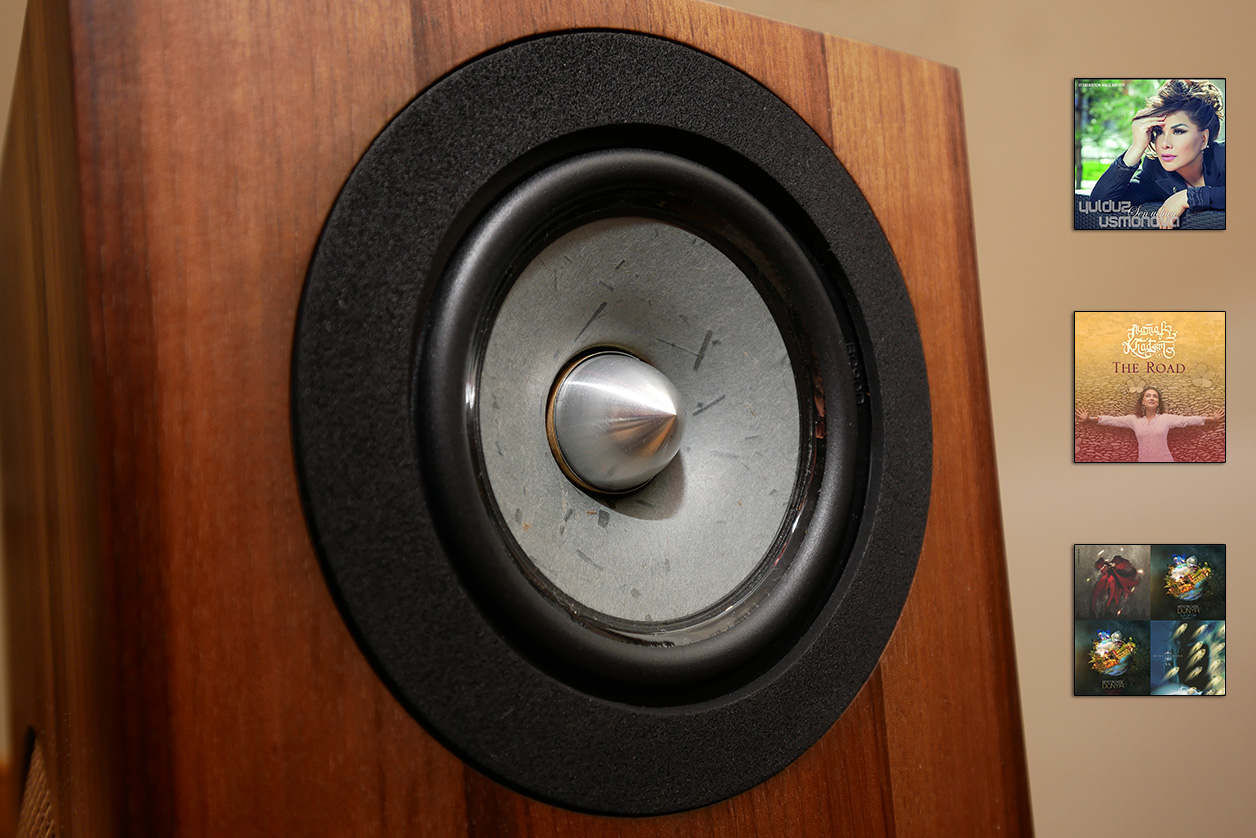 On the opposite end of the bandwidth, the small V-twin bass artillery had zero issue hitting the same tune's lowest opening bass beats in all their fat Pop glory. Unless you're a teen, disregard the visuals of the videos. This first one is an example for radio-ready mindless Pop which represents about 80% of typically compressed recording quality.

The next is a superior but still not audiophile production of the famous Serbian folk tune "Ajde Jano" which here was given a more heroic makeover plus Persian lyrics by Rumi. The Swiss monitors had no trouble with the big pounding drums on "A Thousand Strings" from the album The Road. (Jorge Strunz of Strunz & Farah fame handles the multi-tracked guitars in the bridge section. You might remember lead vocalist Mamak Khadem from her tenure at Axiom of Choice). The one area where the eerily diminutive Vox 3f couldn't follow was to transcribe those big drum skins into fully equivalent displacement at pressurized room volumes. To drop appropriately big rocks into that pond requires at minimum the high-excursion 10" woofers in our Audio Physic Codex. The 18" dipole woofers of Martin's Libération would be the most ideal for all such heroics and big symphonica. Adding Zu's big Submission subwoofer with downfiring 12-incher could have added requisite cone surface to the sound|kaos. But because they didn't really need help on extension for these particular purposes, sneaking in the sub truly seamlessly would have required a steeper low-pass filter than Zu include.

The obvious upshot is that the Vox 3f does small-woofer bass on how much air it can move. That preface keeps it real to write in the very next sentence that on actual reach, the same speaker does what a superior 8-inch woofer will in a good modern floorstander. It's shockingly mature, packed, big-boned performance from a visual munchkin. In street magic terms, it's a classic misdirect. In simple buyer's terms, it doesn't need a subwoofer to sound properly mature and tonally rich.

With the hot-running Bakoon AMP-13 in the tiny driver's seat, the aspects of speed, resolution, separation and peeled-onion layering all clicked up a notch or two. Robust tonefulness took no real hit yet resolution clearly eclipsed the Grandinote. That tonefulness even held up across distance. Perhaps due to a more even power response and/or solid-wood cabinetry, the Vox 3f could project down the room's long 10-metre axis and—at compensated SPL of course—still sound convincingly meaty at my work desk in the adjoining large entry hall. That was rather unexpected. 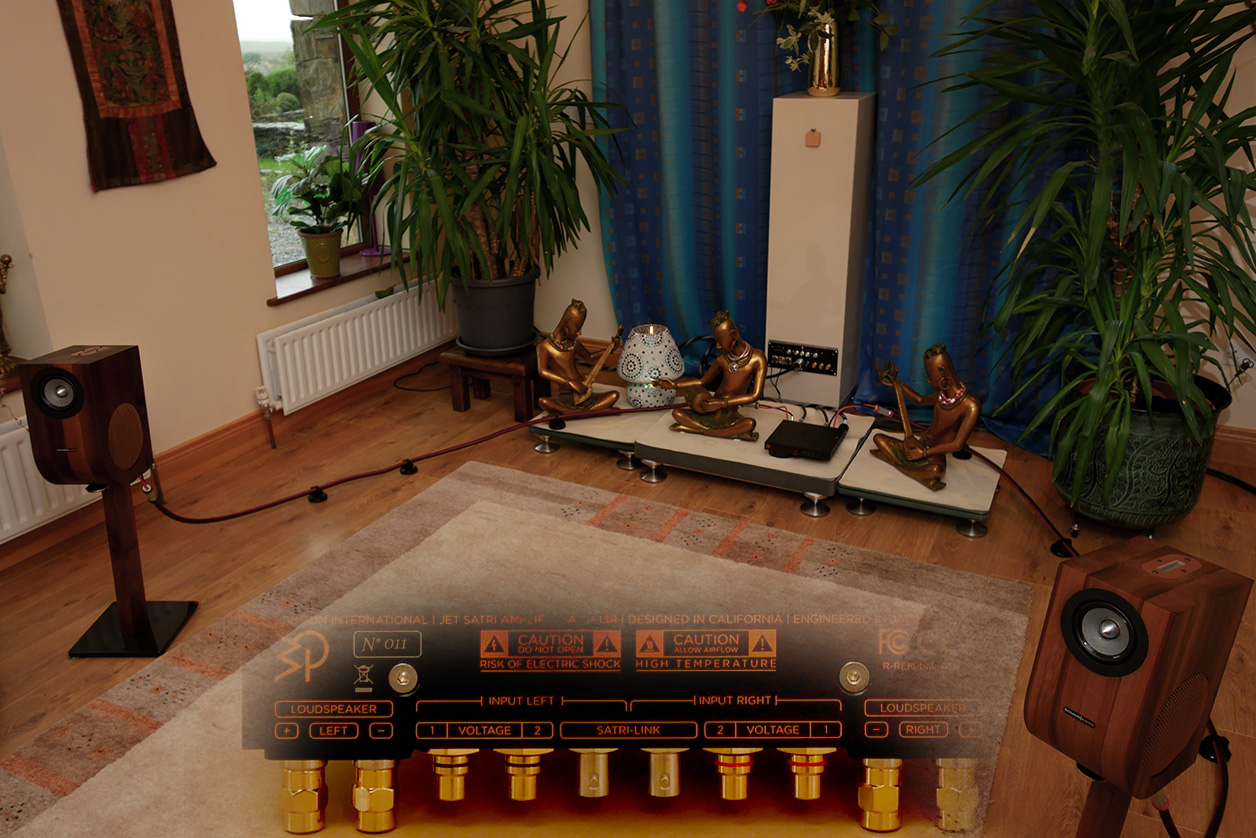 Likewise for chunkiness and broad-shouldered not pinched/narrow tonality. This quality dominated even on a 0.5MHz DC-coupled amp of maximized reflexes. Their type tends to play up speed, transient articulation and supreme sorting. On the Vox 3f, those attributes factored but did so coincident with properly developed timbres. Given that those rely on fully worked-up harmonics, it's likely that the extra resolution of the small midrange driver plus auxiliary lighter-than-air ribbon tweeter worked hard in that realm. When I asked Ivette whether I ought to borrow her Boenicke W5 for a duel of Swiss neutrality, she said not to bother. "They can't do what these do" she stated simply. I had to agree. No need for blood spills. Though a similar concept, the Vox 3f live in the next league up. Whilst still downstairs, they next moved into a small 2.0 video system to displace our usual German Physik HRS 120 full-bandwidth omnis.