Whilst Mimí is a compact and well smallest in the Kroma catalogue, the Vox 3f was even more so. The photo shows how. Spinning up Gönüldün, a lovely album by Eda Karaytug, I put the 5th track on repeat, swapped speaker cables and moved my chair left and right to toggle sweet spots. 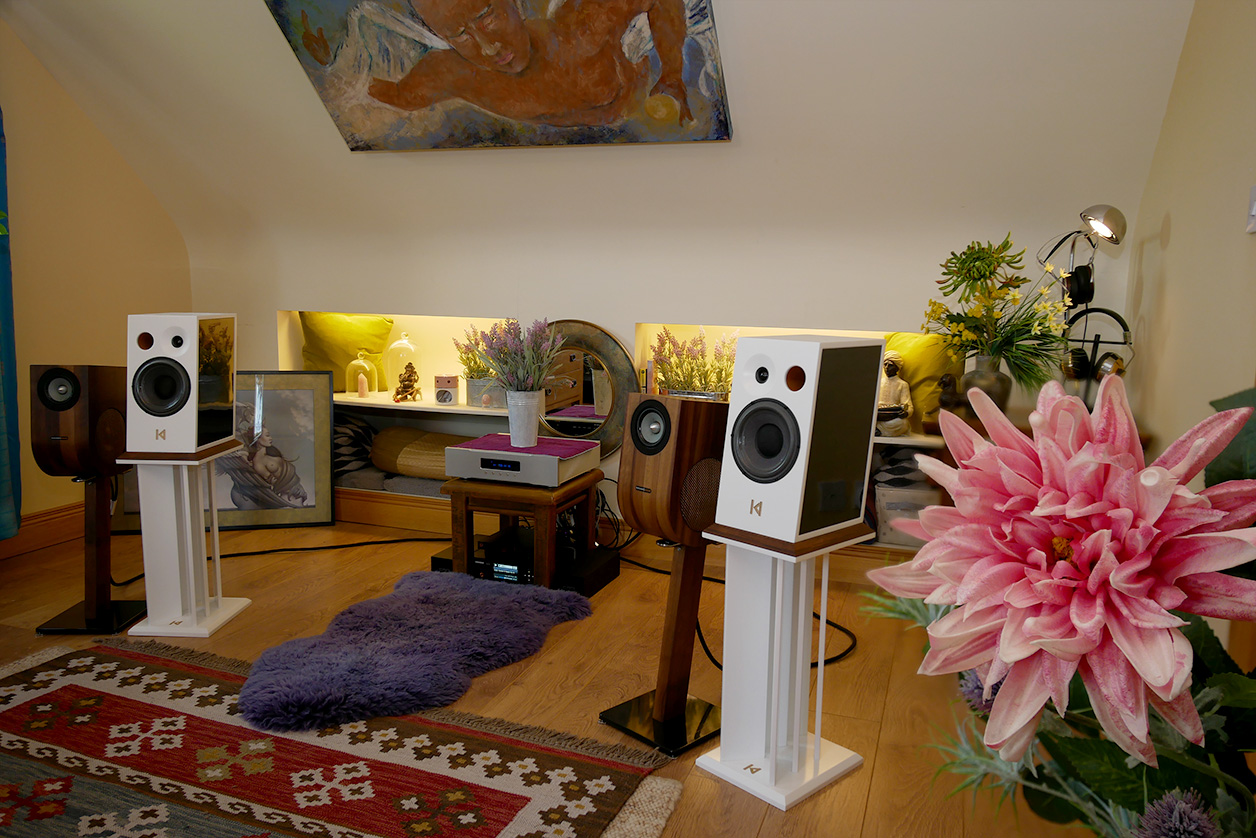 On timbre, Eda's sinuous vocalizing in the old arabesque style is deliberately tailored to the accompanying qanun and violin to evoke a courtly Ottoman/Byzantine setting. These stringed instruments and how they're played radiate a lot of upper harmonics. Her voice mimics them. It took just a few bars to understand that by comparison, the Kroma was decidedly darker and, on this particular overtone score, rather dull, matte and reticent. What Jacob George of Indian speaker house Rethm calls breath of life fell squarely to the Vox 3f. At the same volume setting, it also played a bit louder than the 90dB rated Spaniard. With its type bass and marginal cubic volume, one would usually pay a heavy sensitivity price. Our Albedo is 85dB. Achieving sub 40Hz extension from the Vox 3f's petite cabinet plus in-room sensitivity higher than a competitor's anechoic spec (!) was unexpected.

Comparing concepts, Mimí is a traditional two-driver 2-way, Vox 3f a less conventional four-driver 3-way. Its extra 'way' gave it the undeniable advantage of a dedicated small midrange liberated both from hard labor in the bass and—very important—a typical high-pass. During musical chairs, that gave the Swiss superior open-throatedness, greater expressivity via more pronounced tone modulations and microdynamic gradations of inflection and emphasis so higher intelligibility of artistic intention. Otherwise the two designs were comparable on -3dB bass and overall tone density but the sound|kaos was quite superior in the other extreme. On a practical note, Mimí doesn't bolt to its radically more expensive stand like the Vox 3f does to its perch. For the Kroma I use BluTac. Finally, Kroma champion synthetic stone panels bonded chemically to avoid screws, sound|kaos solid wood glued up like butcher block before machining it.

Which calls out another Swiss wrinkle. The Vox 3f behaves not so far removed from the ideal of a pulsating sphere. Given its narrow baffle, the output of its woofers wraps around the cabinet across their entire coverage to meet a frontal driver with excellent off-axis response which hands over to an omni treble. The upshot is a closely clustered omni-ish driver array to lead to my next experiment. I call it nearfield extreme width or n.e.w. Approximating a giant headphone, such a setup produces a more immersive soundstage than the typical audiophile midfield layout. At this spacing it only works if a speaker doesn't collapse in the center to turn into left/right dual mono. Sitting so close maximally cuts out your room and reduces distance losses. You can listen more quietly yet still feel engaged and immersed. And that equates to more listening opportunities at odd hours. The Vox 3f was unusually gymnastic with so wide a split. It focused dead center even overstretched to create an enormous soundfield bubble. For that one doesn't need a big room at all, just a speaker with a tight driver grouping that comes together at close proximity. 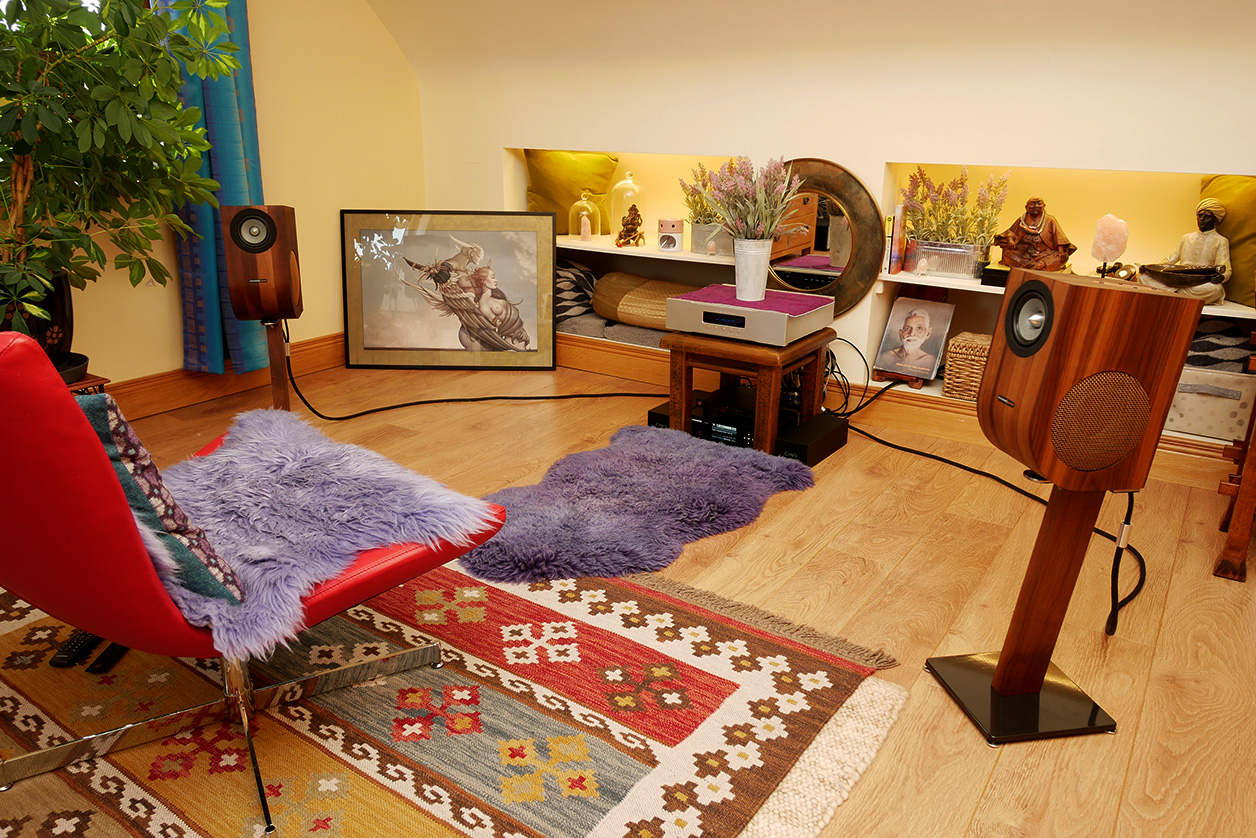 Then there's the very effective decision to bring in the mechanically joined woofers at 200Hz. It gives the vital upper bass aka power zone a lot more kick and grunt than allocating it to a 4-inch driver. Speakers with bigger widebanders augmented by woofers often push that transition down to 100Hz or lower. That's not where widebanders are at their best. Dedicated woofers with heavier cones and higher Xmas are more suitable.