SET, meet the big boys. Unlike Acapella's two-way Harlekin of the Hamburg show, our Codex by Audio Physic are 4-ways with hidden transverse woofers operating out of very small internal boxes for high pressurization. That and more involved filters present as complex reactive loads. Just so, Romy 20SE proved perfectly equal to the task, no fuss, gain to spare. It refused to play to weak-knee'd narrow-chested preconceptions about low-power SET on 'real' speakers. Having 200-watt 1MHz DC-coupled transistor monos plugged in on either side, those naturally became referees. As anyone with even marginal experience in these matters expects, the transistors had the extremes advantages—superior bass control without overhang, more brilliant treble—whilst our unique 8-pin bottles took the lead on midrange juiciness and glow vitality. Due to fuller richer texturing, their soundstage depth wasn't as unfurled or 'mind walkable'. The quicker/leaner transparency of the transistors also was the more informative on recorded venue data. Romy instead densified and intensified matters to make foreground performers more physical and important. That and inside-out glow are precisely what draws many admirers to this type amplifier. Voilà, Romy resurrected their sonic archetype into speakers which one wouldn't ordinarily suspect as ideal targets if not entirely beyond the pale. 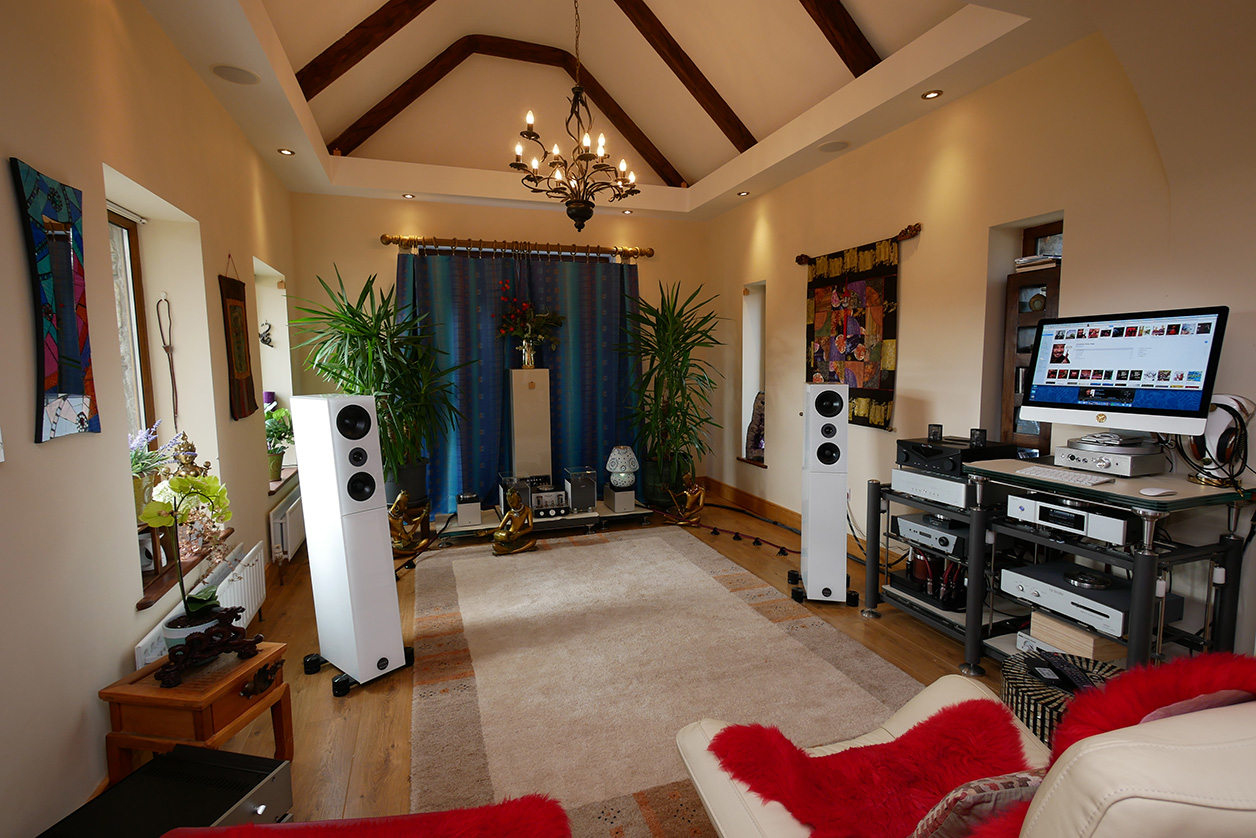 What's more, Romy pulled it off without betraying limitations. Unless one juxtaposed superior transistor specimens for a direct A/B, one wouldn't point out specific performance aspects as being less than 100%. As had the A/B against the Polish push/pull monos, this match illustrated how Rike's design team had adjusted their circuit's performance parameters for carefully dosed valve contributions, then grafted unusual drive and power at the tail end of the low-power SET recipe. This benefits grown-up speakers which weren't particularly or at all designed with SET in mind.

To eclipse Romy's modern vacuum tube makeover in this particular hardware context, I'd need that black $17'000 Vinnie Rossi L2 preamp on the rack to direct-drive the same LinnenberG Liszt monos with a solitary Takatsuki 300B per side yet no output transformer or coupling cap. That confers on the transistor amps advanced single-ended no-feedback triode aroma plus 900kHz bandwidth and 120dB S/NR for superior microdynamic acceleration and resolution. On the flip side, those married to lusher creamier shinier valve attributes would notice that the wide-band DHT + Mosfet recipe goes lighter on those counts with the TAK 300B.

This brings to mind the German cardiac follow-up clinic my wife spent three weeks in after her open-heart surgery 10 years ago. Their cafeteria-style dining room had three food groupings of full, normal and low fat. Aged patients with clearly poor lifestyles who'd just undergone bypass surgery for clogged arteries gorged themselves on full-fat items with shockingly casual justification. "If I need my pipes cleaned out again, I come back in a few years." Romy was that clinic's normal menu. The Mosfets with those costly very quick and airy Japanese DHT were the low-fat version. A traditional 300B SET would have been the full-fat variation. Horses for courses. 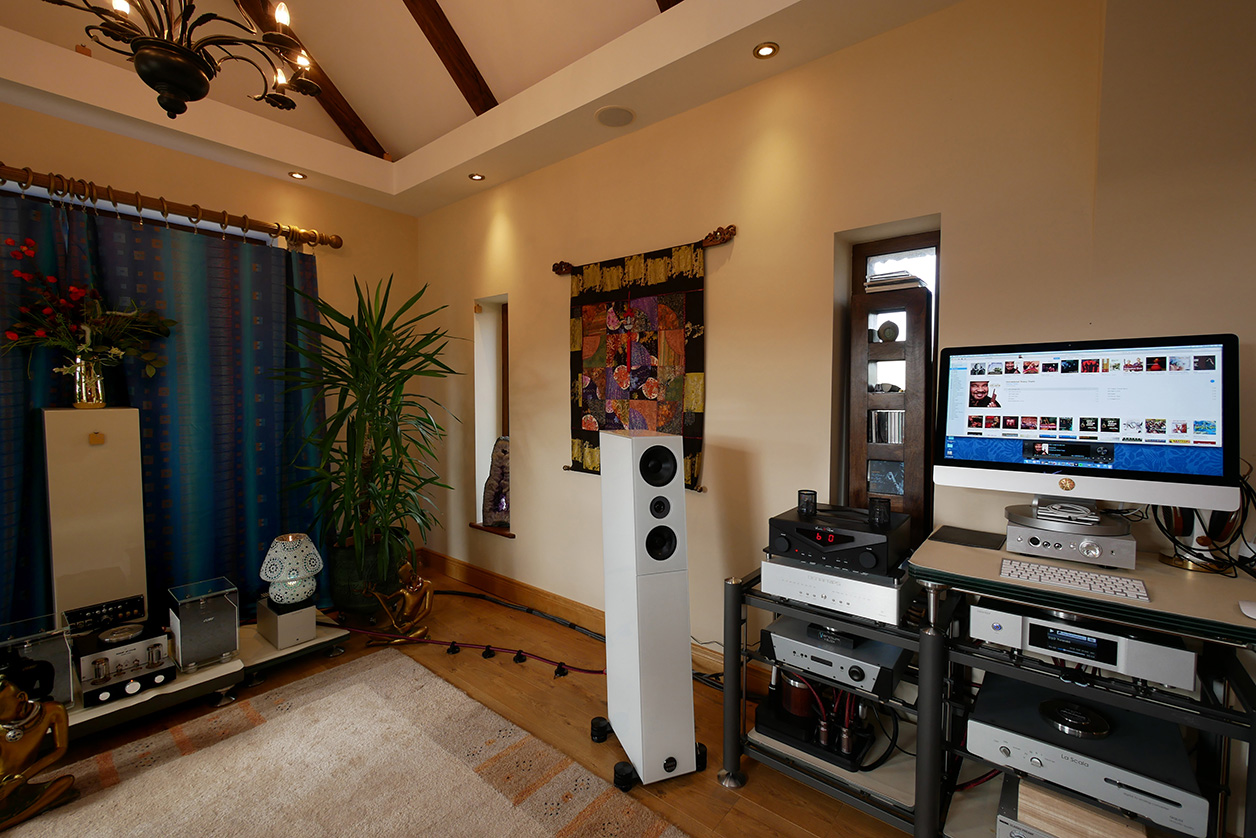 Wrap. One of Germany's boutique firms for exotic hifi capacitors have seriously expanded their scope of operations into valve electronics, with loudspeakers and cables still to come. After debuting two tubed phono stages already, we now face a 20-watt single-ended amp with rarely seen 8-pin transmitter pentodes strapped for triode, then driven class A2 mode to maximize useful power. With 4 x RCA inputs plus manual volume control in a compact hot-running chassis, Rike Audio's Romy 20SE goes places that are sadly off limits to equivalent 300B efforts with high output impedance. Unlike those filament-driven types, Romy's NOS pentodes were also engineered and certified for 10'000-hour medical use which this circuit's particular draw claims to extend to possibly twice that.

Despite the Masonic seal on the transformer cage, Romy 20SE knows no secret handshakes. More complex speakers of 88dB sensitivity still fall right within its purview of gain and control. It's easy to agree that the good book on this class of amplifiers has just gained an interesting new chapter. And there we thought its final pages had long since been written. Rike Audio beg to differ…