"Using an A2 circuit with the RS1003 along with circuit tricks made it possible to produce a 20wpc SET amp without creating a huge amount of heat; without being unduly large and heavy; without using a mechanically fairly sensitive filament-heated tube; but with a low-impedance transformer much easier to wind or—if one knows advanced winding techniques—with unusually wide bandwidth not only for a SET but any transformer-coupled tube amp. As mentioned, Siemens and later RFT invested a huge amount of R&D to make this tube reliable and long lasting. It had to compete with the transistor which could theoretically last 'forever'. That's how it could certify for medical use. It implies a tube life of a minimum of 10'000 hours. 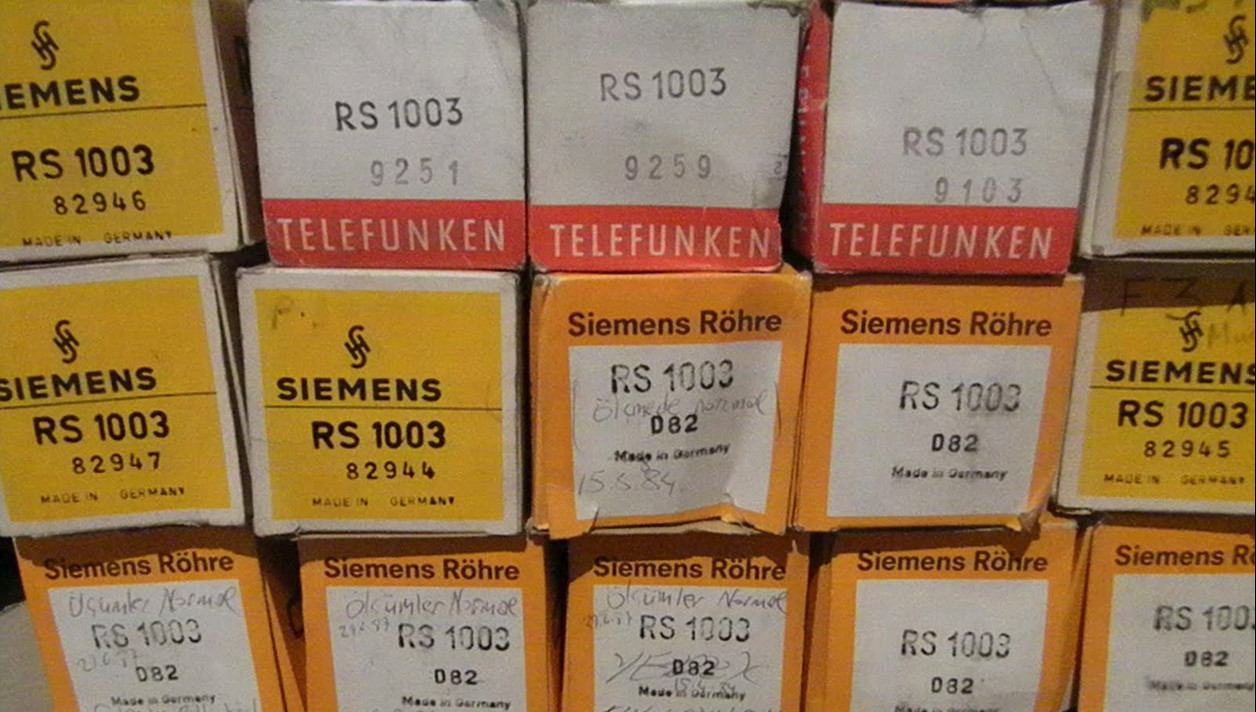 "All of these advantages could be leveraged independently. While class A2 could in theory net nearly 24 watts, we chose not to push the tube to its limits. Losing 0.8dB of max power gets us a very nice 20 watts but also increases life expectancy to over 25'000 hours! That's approximately 3 years of 24/7 operation before the tubes need replacing to restore full output power. Because we decided on an uncommon tube, it was important that users have no worries with re-tubing. Long life and consistent performance across time were key goals which the RS1003 satisfied to perfection. 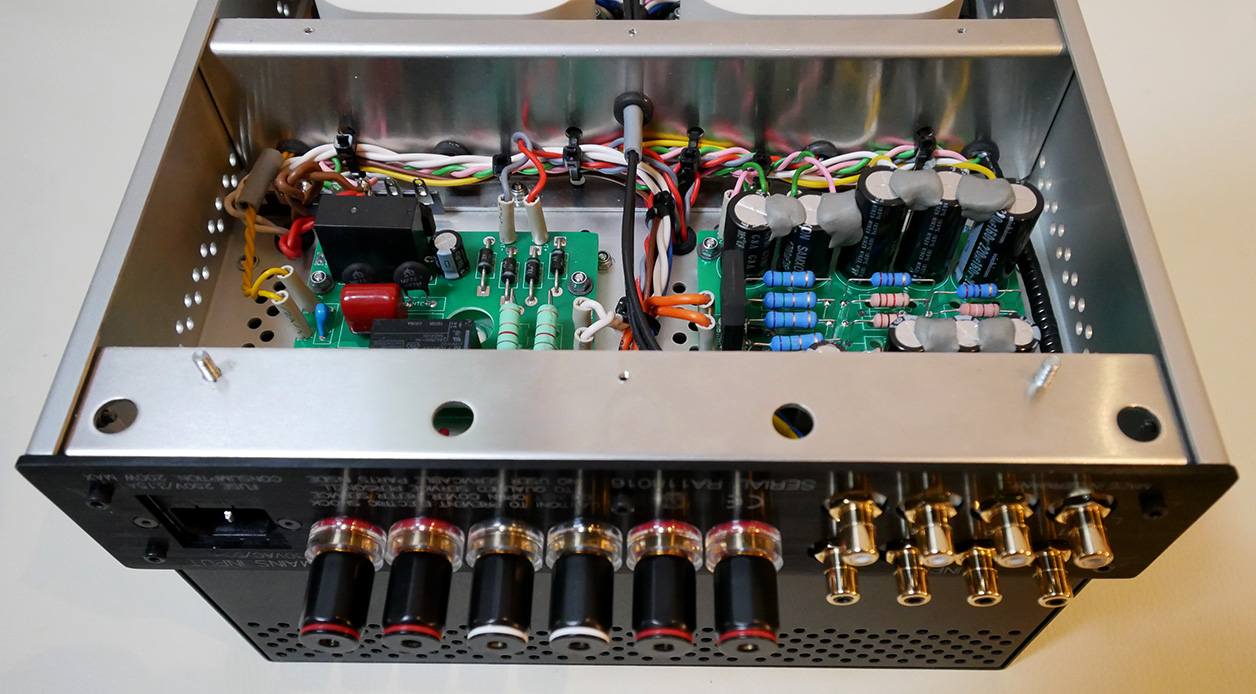 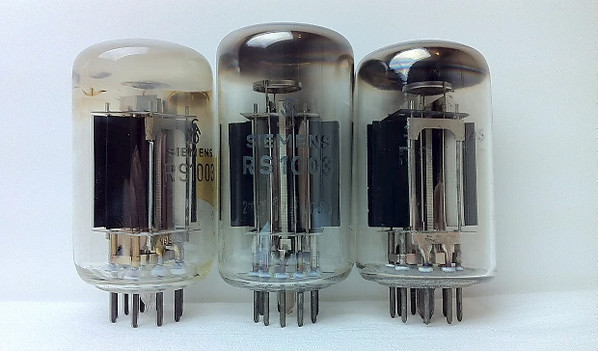 "Inside the amplifier a lot of care was taken to keep its circuit as simple and clean as possible as is tradition for good reason. The fewer parts the signal clears, the fewer the chances of any degradation in SET amps. Class A2 however does have its own requirements. So the amplifier has no fewer than three power sources for audio, all of them mirrored for each channel and well over-spec'd. There's an extra DC supply for auxiliary functions such as the input selector and input tube heating. While the circuit only has one obvious audio coupling cap, the non-obvious problem that power supply caps too conduct audio currents was carefully addressed with a large audio-grade foil capacitor in the last stage of the power supply's filtering, one per channel. Those parts are custom made by us like the coupling caps. Because high-power SET amps generate heat—even though Romy is unusually efficient, it still concentrates heat in a quite compact chassis for this type/power—great care was taken that all temperature-sensitive parts like electrolytic filter caps would locate in areas shielded from heat.

"Because we wanted the amp to be fairly light and compact, most of its case is from aluminium. But to produce good anti-vibration/resonance behavior, not only has the case multiple braces and is partially sandwiched with steel which doubles as magnetic shield between transformers, the entire audio portion of the circuit mounts to a thick bronze sub chassis to dampen any vibrations. Finally, with 20 watts of power, speakers likely to be used may not have been especially designed with SET amps in mind to be of moderate sensitivity with often wildly fluctuating impedance curves. SET amps have some inherent limitations there if one aims for the most power from a given tube. That can interact adversely with standard speakers. The ability to use simple A2 drive and get relatively high power with relatively low supply voltages offered us a chance to use certain transformer coupling techniques which let the amplifier control speakers better than the average SET while being very forgiving of overdrive conditions. 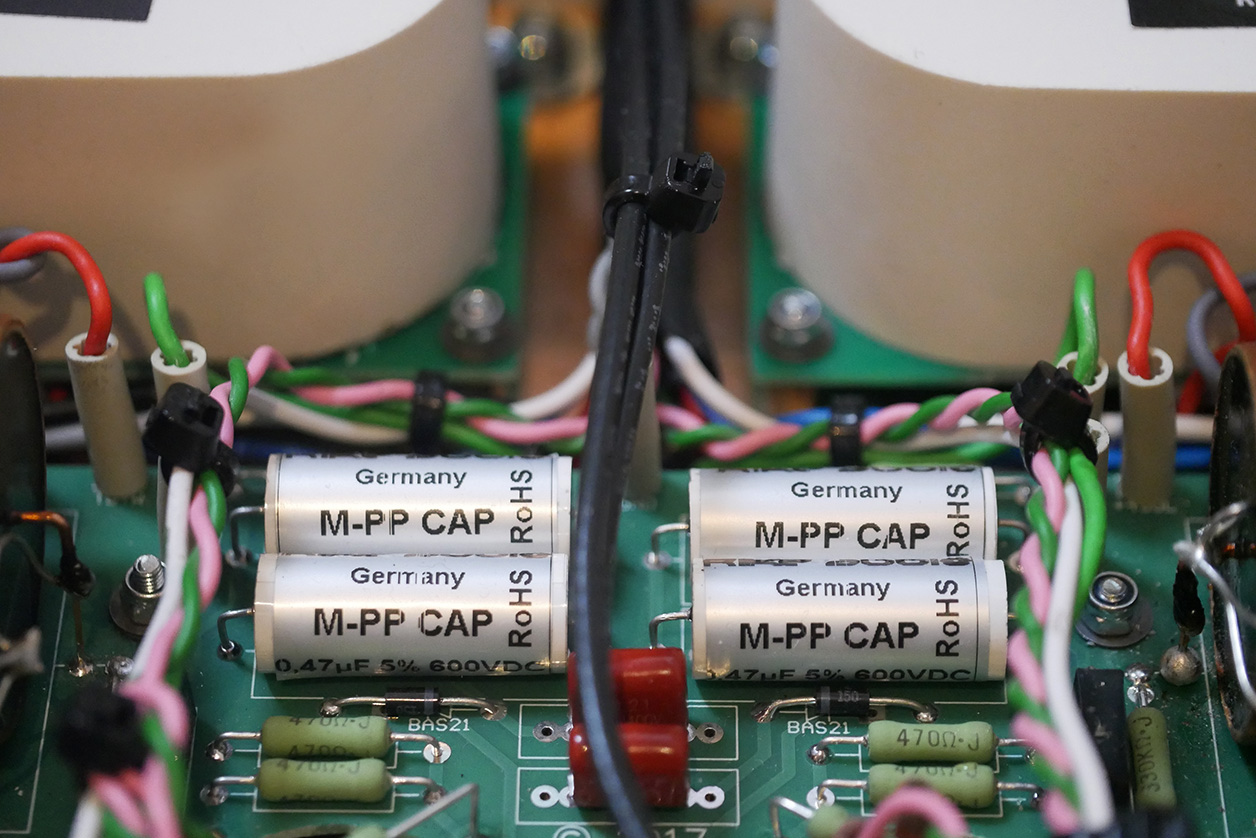 "To conclude, it took a lot of time to carefully balance all of these technical aspects from using an operational mode beyond the norm. We think we ended up with something new without compromising on the quality of the old but rather, adding at least a bit of our own improvement. At this point it would be prudent to share some thoughts on products announced for the future which are still being developed. It is fair to say that work on the Romy 20SE was a learning curve because we opted for some uncommon unconventional circuits. In doing so we gained valuable experience which will inform future offerings. A smaller SET amplifier is in the works already, using much of the same design philosophy with a slight twist on how to make a pentode into a triode since it seems that we're 'stuck' with pentodes. The circuits are simplified and streamlined as is the packaging and we hope that even with its lower power it will offer users a great listening experience. And then we'll have a completely different and exciting take on the same pentode-as-triode challenge in a hybrid amplifier which as far as we know has a different and unique topology – but of course we can't give away all of our plans at once."