The secret handshake according to Rike. "In our capacitors, we exploit a lot of materials from the food industry which is unique. The core focus of our R&D is on how to reduce parasitic resonances. We continuously explore better ways to calm yet not damp our caps. The same thinking informs our amplifiers though the means obviously differ. Still, we apply our insights of specialty capacitor design and manufacture to our electronics, cables and loudspeakers in ways which are recognizably Rike. This involves far more technical details but those are our proprietary IP. 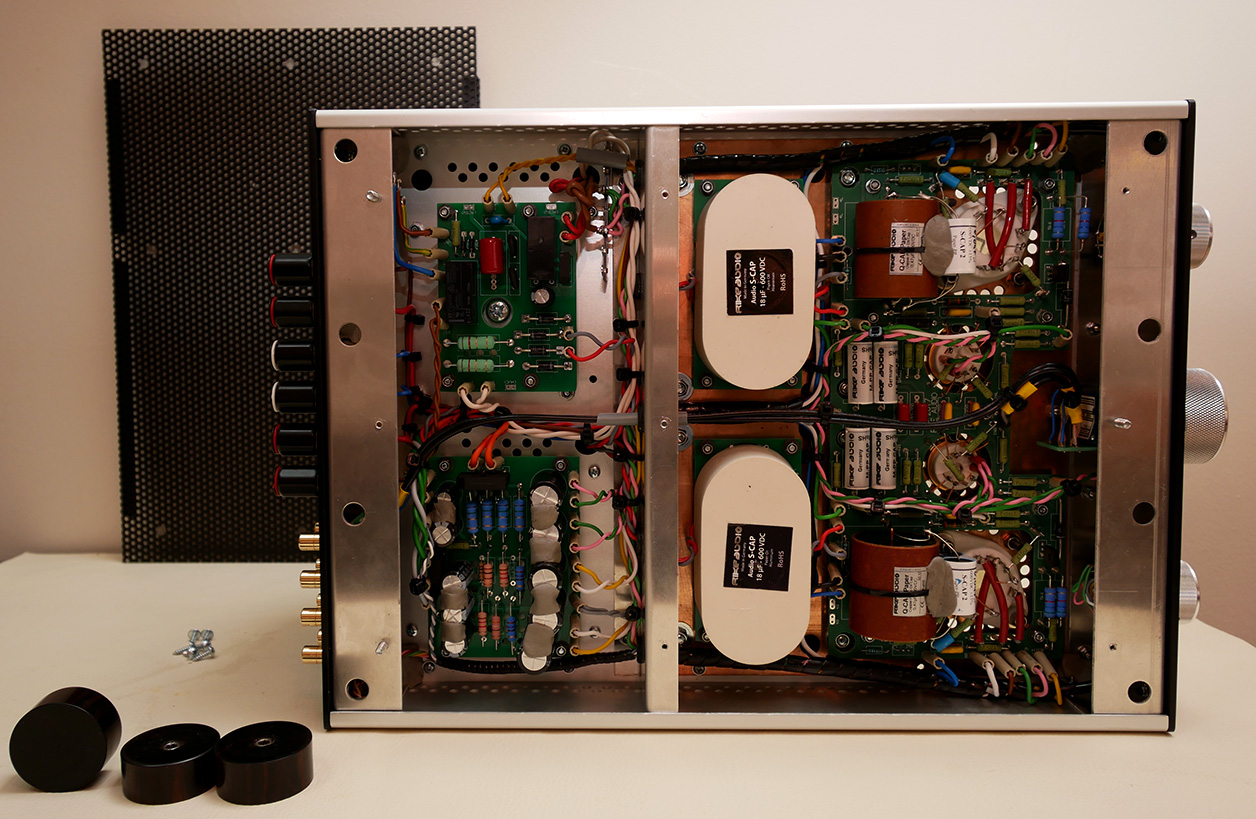 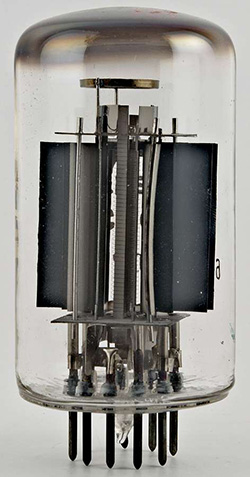 "Onto the Romy 20SE. Once power requirements for a SET amp exceed 10-15 watts, the number of tube types which can be used gets very limited. While many could potentially work, almost all are HF transmitters. As that technology progressed, tubes started to look less and less like traditional glass bulbs to require elaborate driving and cooling arrangements. Those are very difficult to adapt to audio amplifiers and run the risk of inadvertently creating a transmitter, needing fans for cooling and even endangering the user with exposed high-voltage parts. This limits us then to older type short-wave tubes especially if direct heating is required or desired. This means very high voltages and high anode impedances, requiring extremely elaborate transformer winding techniques and materials to the point that it may be barely possible to make them work properly even at unreasonable prices.

"Another option are triode-connected pentodes or beam power tubes but that's no great help either. Most of the development has gone into tubes optimized for push-pull audio amplification which almost as a rule compromises single-ended performance; or HF tubes with the same problems as the above-mentioned HF triodes. To make matters worse, looking at newer tubes shows that their numbers seriously shrunk as transistor technology encroached into areas where tubes were used previously. To widen our options, we also looked at alternative circuit topologies and modes of driving tubes that would get more power perhaps even from commonly used tubes, certainly tubes still available in sufficient numbers. This meant that most of the tubes in the end had to be either pentodes or beam tetrodes though always operated as triodes.

"Trying to balance out these requirements, at some point a relatively rare but very interesting tube caught our attention: the Siemens F3A/RS1003 and its RFT equivalent, the SRS551. This tube was last to be developed in this category of a 'tube set' for VHF transmitter applications. Its main selling points were longevity and that only two types of tubes would be used to make even very powerful transmitters. The RS1003 operated with an extra output tube when its own rated power was not enough; and it worked as the audio modulator. Yes, you read right. The tube is designed for audio since a modulator for a transmitter is in fact an audio amplifier.

"Because it was used in FM transmitters, it was engineered for high power, easy drive (high sensitivity) and very low distortion. So if you listened to FM radio at any point after the mid 60s into the early years of this century especially from a smaller local transmitter, you were likely listening to these tubes in most of Western and central Europe. As an aside, Siemens certified them also for medical applications. They were unwilling to put all their eggs in one basket, counting on the transistor not replacing tubes everywhere at once. A fringe benefit is a very long operating life where a medical certification implies it can't fail or lives could be lost.

"That said, the data published for these tubes only considered pentode push-pull audio amplifiers of rather high power until 2007 when a clever German by the name of Tom Schlangen noticed that the tube had parameters eminently suitable for triode operation. He published those data but because it was such an unfamiliar tube, few people recognized its potential and it remains almost unknown. As it turned out, not even Tom saw its full potential where the original data shows it able to work in class A2, which is to say with positive grid voltage. While this mode of operation is well-know in transmitters, it's not often used in audio because the drive requirements are very difficult and demanding. In this mode the grid of the tube is driven positive and at that point it draws considerable current. Often you need a driver tube which itself is difficult to find due to the drive power now required. 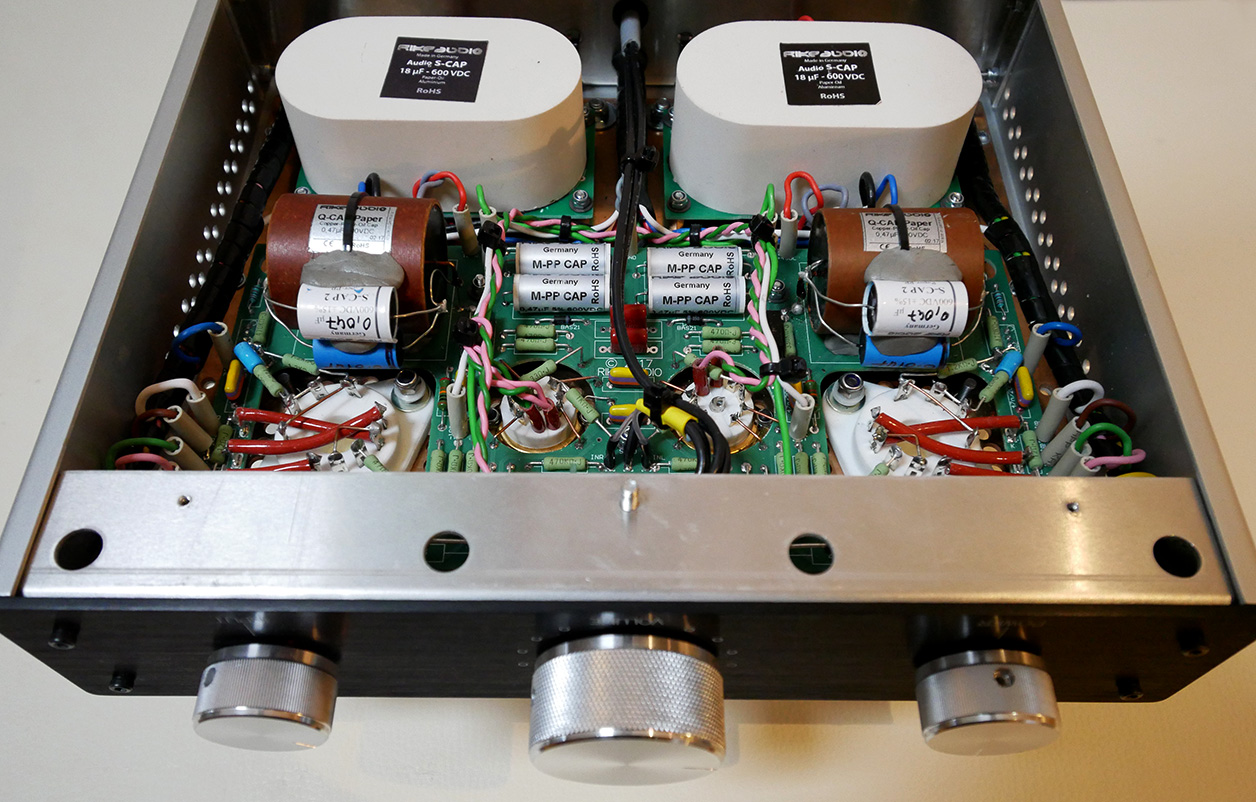 "The main advantage of this mode of operation however is the ability to get near pentode power from a triode if you pay with complications in the previous stages. But the RS1003 is special. Its gain is so high that A2 mode only needs a little positive voltage for full output. With this low voltage comes a low grid current requirement which can be managed with regular driver circuits. It took quite a lot of work and some special instrumentation to measure if/how it would work in A2, then many subsequent experiments with optimal loads, power supplies and auditions. The advantages of A2 mode with this tube are great because the potential increase in power output is over 50%. That's where the idea for the Romy 20SE was born.