High output impedance; triode curves; Y factor. With the Nelson Pass SIT-1 monos and Cube Audio Nenuphar, I had a legitimate SET/widebander scenario to drive Romy on ideal road conditions. Snow, hail, ice and sleet were all left outdoors to the Irish winter. Of course the capital three letters now meant single-ended transistor of the static induction type. In this now discontinued FirstWatt circuit, those critters run single stage, zero feedback and zero degeneration. It's a rather simpler affair than the Rike where those who equate simplicity with purity would view the SIT-1 as more pure. With high output impedance and bona fide triode curves, the SIT-1 are virtual stand-ins for the breed Romy 20SE represents; except for using any actual thermionic valves. Enter my Y factor. It just asks 'why'. Whilst on paper these Pass-exclusive transistors measure like tubes including their typical total harmonic distortion, team Rike's glass bottles still acted different. In the upstairs system with Kroma Mimí monitors, Romy had dueled the 15wpc Bakoon AMP-12R. That didn't yet make its (best-scenario) case. It's because the Spanish speakers in their synthetic white marble are voiced in the Harbeth vein. That had tubular contributions compound their denser thicker richer aspects which the ultra-bandwidth DC-coupled Bakoon instead dovetailed with opposites-attract artfulness of maximum speed and lucidity. It didn't play more primitive pile-on. 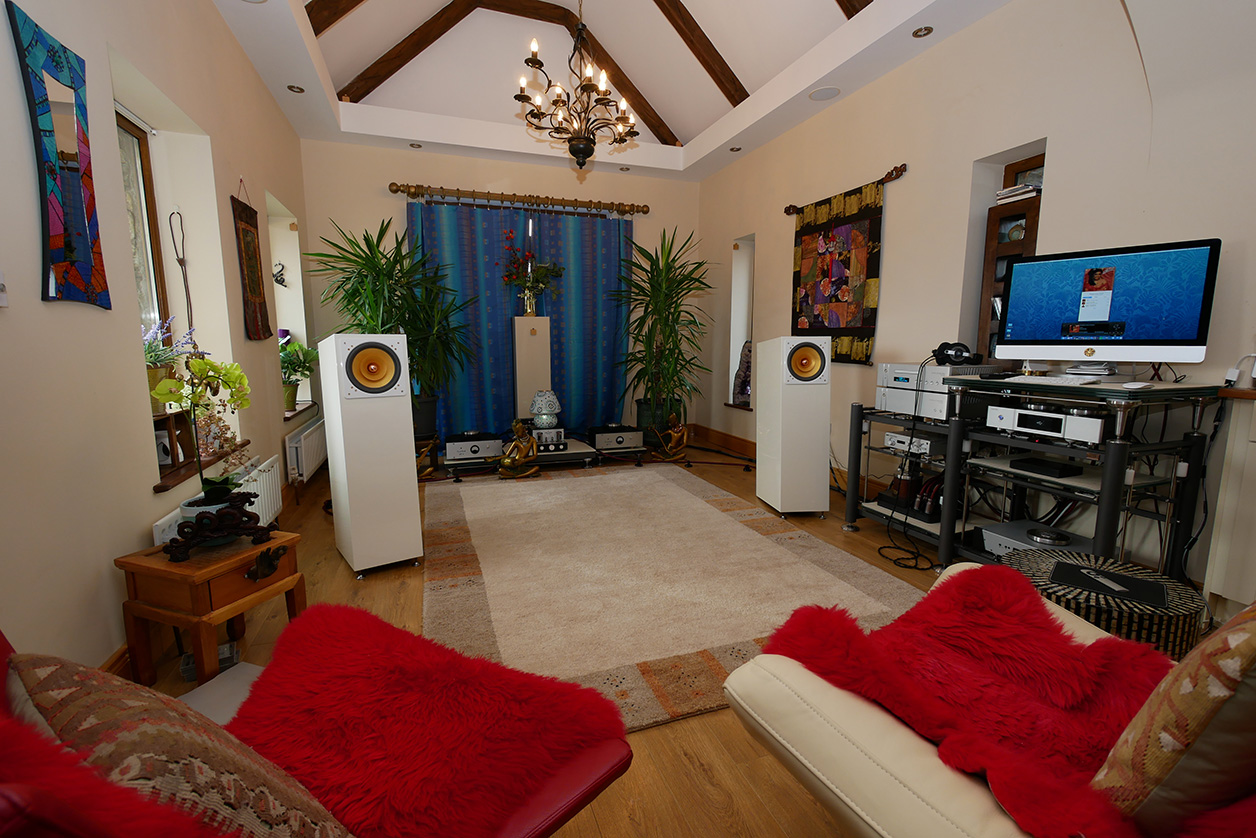 As 93dB sensitive 10" widebanders with zero filter parts, all amps which precede Nenuphar couple directly to these Neodymium-powered drivers through a quality 3-metre stretch of Allnic Audio ZL-5000 speaker cable. Of all our resident speakers, this Polish single-driver flagship is the most direct, lucid, point source, seamless, resolved and fast. As such it's ideally complemented by a harmonically developed amp of high output impedance which won't over-damp these drivers. In our arsenal, the SIT-1 monos are the very best at that. The Bakoon with its ~2Ω output impedance still works well but in this combination emphasizes speed over body.

What Romy 20SE now added above and beyond the SIT-1 was a specific inside-out pressurization or glow. It had the presentation ripen into further juiciness. It built out what I call gush factor. It's when music doesn't trickle but rushes forward like a force of nature. And I didn't just play simple fare at low volumes to kowtow to well-known 2nd-order THD effects. I cranked up Alcione in her prime fronting a big Samba band with massive percussion ensemble and brasses; George Dalaras with guest singers belting it out against unusually populous backups; some Swiss Yello; and select Govinda electronica. Nothing faltered, frazzled, drifted or compressed.

Leaving 'why' to the engineers, there are no tech-sanctioned terms I've come across to describe what these tubes contributed extra. For me the most fitting example is really looking at my wife's complex layered photos professionally framed behind non-glare glass; then to the same Photoshop files on my 27" Retina-display iMac. The latter's screen is back-lit. No matter how well lit her frames might be in a gallery, they cannot compete against a computer's back-lighting. That goes through the image from behind where no physical light can ever illuminate a framed image on a wall. On the computer screen, images pop harder, colors are wetter, fine transitions between multiple semi-transparent overlaid image layers clearer. It's a bit how a film director wets down a street before a shoot for that slick Film Noire look. In any event, these broad-shouldered RS1003 fired up virtual back lights inside the music for illumination just like—head slap alert—a tube's innards glow outward. To get technical again and explain this effect in audio terms, one might invoke increased contrast ratio but that still misses. The Bakoon's and SIT-1's S/NR were superior to Romy's yet neither does this thing. It's not about raw measurable resolution. This effect isn't represented by any conventional measurements I know of. 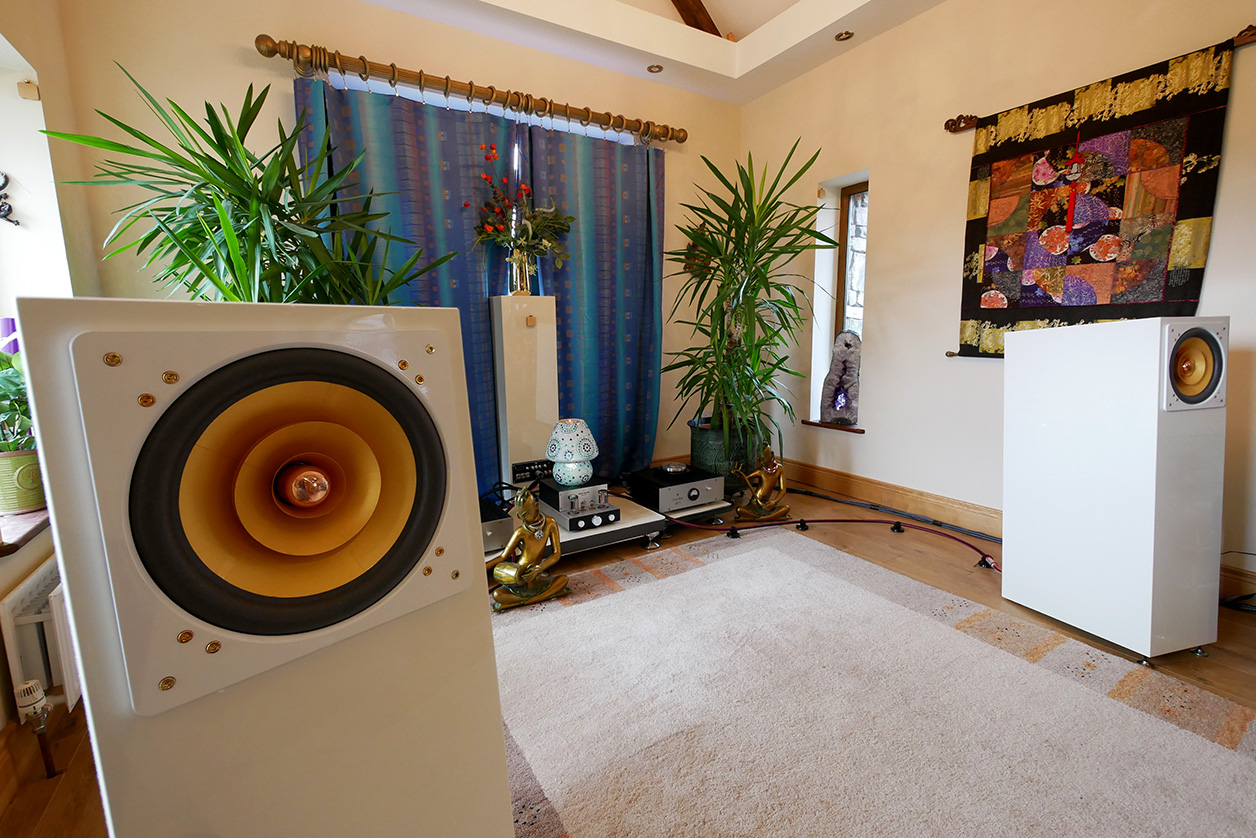 Day-time tube emissions looks like this – slim orange threads in the middle of the bottles whose colour is duplicated by the power indicator.

Simultaneously—hence very much unlike PX-25 monos from a few weeks prior—Romy didn't sound slower, softer, fuzzier, less distinct, dynamically tamer, spatially smaller or less potent down low than the single-ended solid state. Basically, it just grafted atop our best transistors for the job a back-light illuminator. Nothing was taken away, nothing added like suddenly hearing musical information which was previously veiled. On these scores, the tubes had no advantages I could latch on to. What they did have was this peculiar Y factor. I'll call that simply but most significantly an enhanced radiance which in people we'd probably think of as vitality or perhaps charisma. Needless to say, I thought that on our Nenuphar widebanders, this extra quality was quite the bomb!