Sun spots. After playing for a day, Romy's chassis will be toasty enough that your hand won't stay on longer than three seconds. Though Rike call their amp "unusually efficient", they also explain that "it still concentrates heat in a quite compact chassis for class A2 and its power rating". That choice for a compact form factor without ugly heat sinks put dissipation burdens on thinner chassis steel which now turns into a radiator. If that undermines your comfort level, you'll have to make friends with the heat. Even the volume knob gets warm.

Likewise if your notions on a 21st century amp include perfect silence. Unlike the amps by FirstWatt and Bakoon which Nenuphar's driver can't hear at all without signal, Romy sent out a very low-level hum whose amplitude was independent of its own attenuator setting. Different from most all tube amps I've reviewed, this contained no upper harmonics at all to be just dull power supply hum. It was admirably low in intensity – just not completely absent and only noted to not mislead unrealistic expectations.

When the right channel stopped working, I swapped power tubes. The right side was still mute. Georg immediately suspected that a dirty tube socket sleeve had created a bad contact.

When he received the amp back, his remote diagnostic proved spot on. Liquid contact cleaner and a fine steel brush fixed it. A week later, the amp was on its way back to Ireland.

During our phone call, I learned that with numerous Romy amps already out in the field playing to happy owners and dealers, I was the only one (isn't Uncle Murphy Irish?) to have encountered a dirty socket. Obviously this wasn't a part Rike make in-house but must procure from a vendor. I also learned that they have prototype amp specimens with already—gulp!—20'000 hours on the same pair of SRS551. Not only are these very hardy bottles, how Rike drive them extends their life expectancy well beyond the already stout medical minimum of 10'000 hours. Having sacrificed a few more obtainable watts for stress-free operation and longer valve life is a choice customers should really appreciate.

For owners who want to occasionally check their output tube bias, there's no built-in meter à la Rogue or indicator LED like Octave. So with a multi meter set to DCV, one pin should connect to the '-' speaker terminal, the other to the matching RCA's collar. Using the little trim pot behind the power tube, the reading wants to be 140mV. [Rike Audio Natalija phono stage in photo.] I learnt that in the very rare event of a tube shorting itself, Rike, like most valve electronics makers, use safety resistors not fuses like PrimaLuna do. Finally I learned that by the time Rike will release a high-power SET, it'll likely have a full four years of R&D behind it. This reminds us that their designs aren't quick minor wrinkles on pre-existing circuits. They're lengthily plotted extensively prototyped affairs. For Romy, the design team went through at least eight different iterations of the output transformers before settling on the final winding schematic.

Next I came across this Hamburg show sighting from our syndication partners fairaudio.de: "Anyone interested in valve amps simply had to stop by Georg Arsin's Rike room. Driving still compact but heavyweight German Acapella Harlekin speakers, his visually demure Romy 20SE produced pressurized bass which really had untoward grip and articulation for a valve amplifier yet sacrificed nothing of the saturated tone colors or emotional aesthetics one expects of single-ended circuits. Naturally Arsin's €6'000 Sabine reference phono preamplifier fed by a Feickert Volare turntable must have contributed significantly to these noble results. Impressive."

That 55kg German two-way floorstander in the loud lacquers lists at 90dB/8Ω. It's a useful reference on what Rike Audio themselves considered appropriate for show conditions where certain visitors might ask for rather elevated SPL. Clearly Romy didn't need to be mollycoddled by high-efficiency exotics to make an impression. I'd put that to the test with our 89dB Audio Physic. 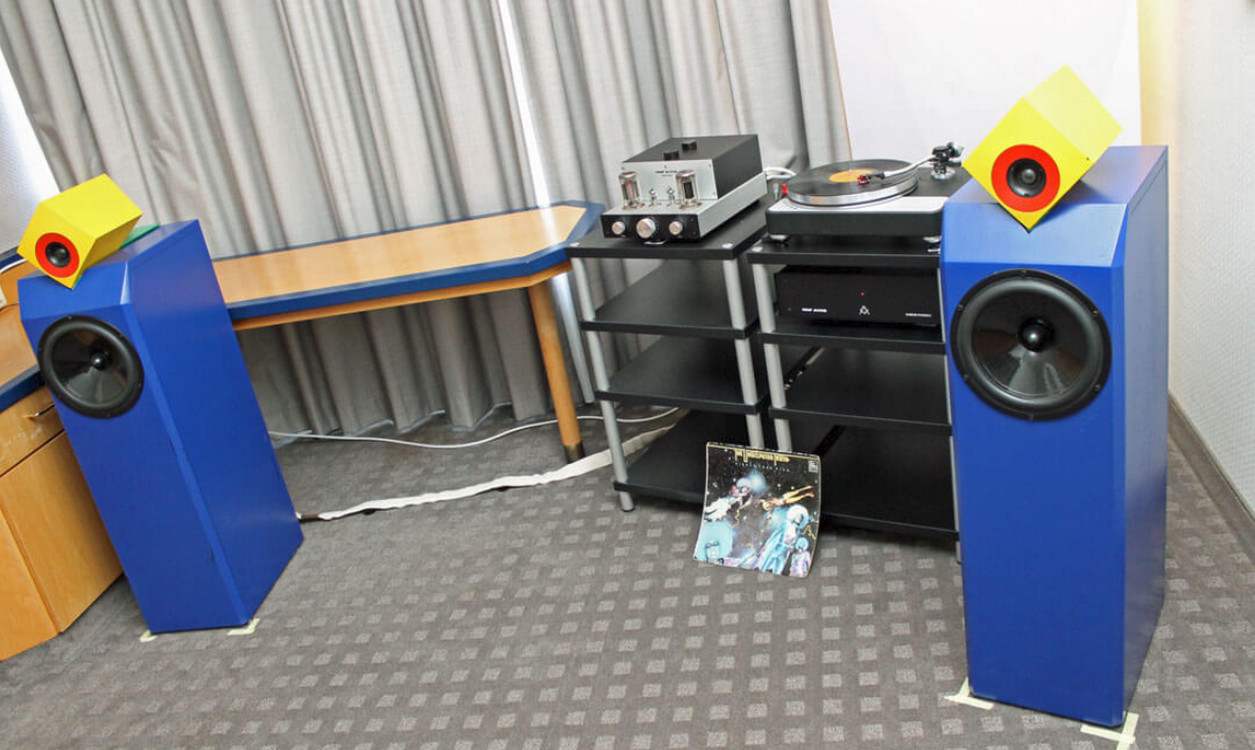 But first, this reviewer's endless FIFO—fly in, fly out—had created an opportunity to compare Romy against Cube, a pair of EL84 monos from Polish brand MySound. At 12 watts per side, those amps with amorphous-core output iron were most appropriate for Nenuphar. There both amps would sing well within their lowest distortion window to properly comment on single-ended vs. push/pull attributes under ideal conditions. With the Poles needing a preamp for volume, I lassoed in Wyred4Sound's STP-SE II which, until 63 on the dial, operates as an actively buffered passive with zero voltage gain. 63 = unity gain was identical to connecting our Denafrips Terminator DAC Rike direct. That's how I ran the latter to then use its volume control as per usual. The MySound cubes were remotely controlled off the Wyred for repeat easy A/B which just involved reseating our Allnic ZL-5000 speaker cables and matching interconnects. 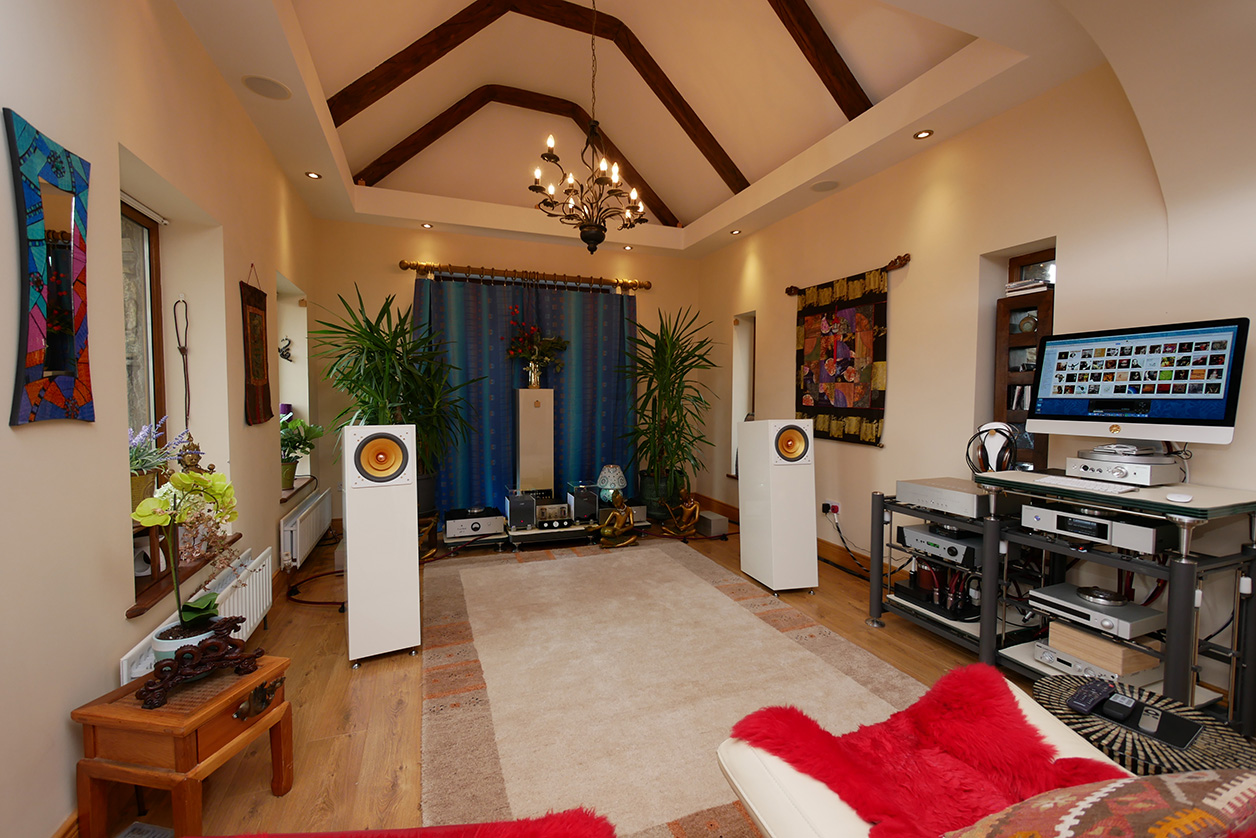 This was a far closer call than expected but these monos do only run a single output tube per phase to be as minimalist/purist as push-pull gets. MySound's cubes were 100% silent to book a small advantage on that count. Spread over two bigger chassis and running smaller bottles, they also ran cooler. Only in relative terms did they play it slightly drier when they were anything but in absolutes. Romy was just a touch fruitier and texturally looser. And that really clocked as the main distinction between them. On powerful bass, the monos were more vigorous and dynamically liberated. Whilst on that score being somewhat leaner, the Rike actually exercised a bit more control though like in the top end, neither matched transistors. But the attraction of this type sound really isn't being maximally lit up and twitchy, airy and mega detailed. It's being robust, color strong, moist and dynamically exciting. And that both were undeniably. 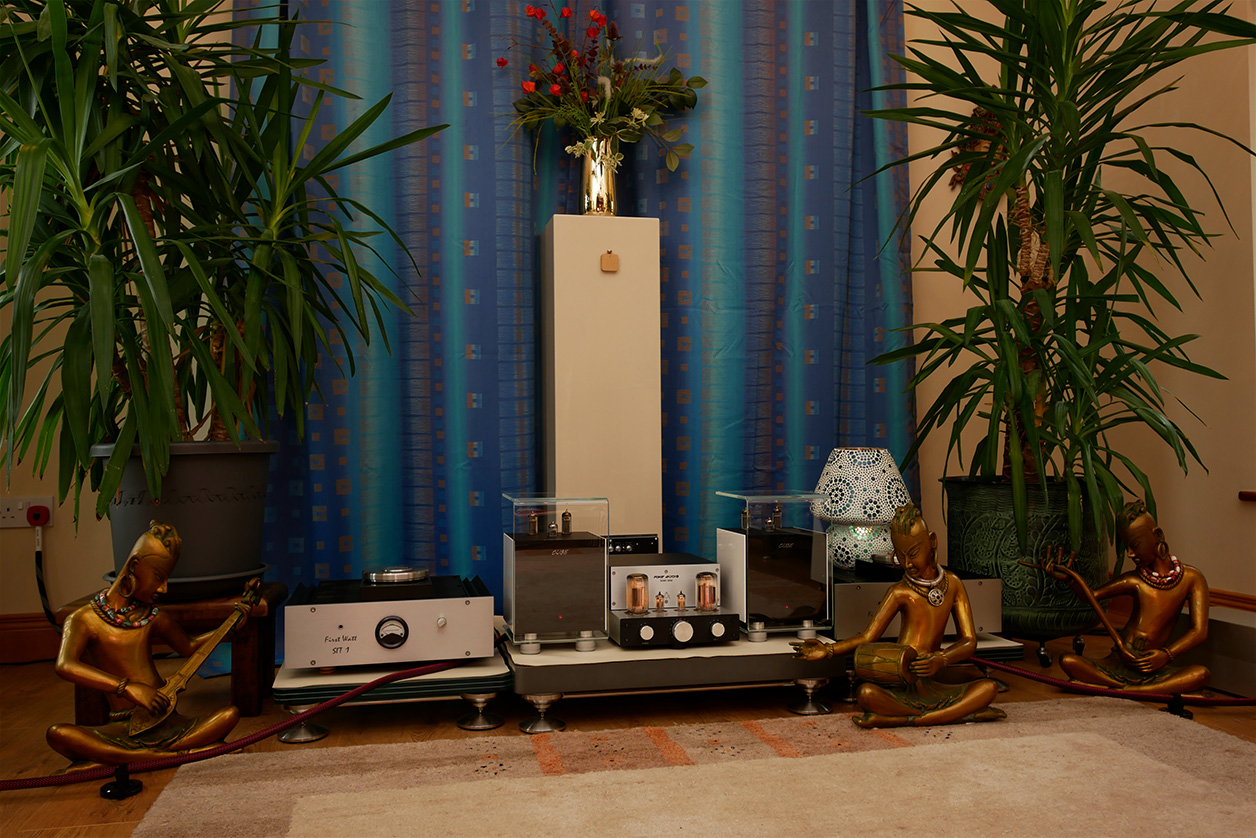 Another multi-exposed trick shot to show the SRS551 night show during daylight.

My own takeaway from this encounter? With these particular executions on these particular speakers, single-ended and push-pull class A modes sat closer together than anticipated from prior encounters of either breed. Presumably both shared low but some negative feedback whilst on the THD board, Romy scored a bit higher on 2nd order, the Cubes a bit higher on 3rd. On subjective bandwidth, resolution and speed, both were equivalent.