Britchat not Brexit. In the context of a £100'000 system, Martin Colloms had found his Allegri+ slightly superior to an icOn 4. He'd then surmised that in a lesser hardware context, the two might be impossible to tell apart. In my lesser context—probably three quarters less—that indeed was so. If there was a sonic difference, it was too elusive to nail. After spending about an hour trying to with sundry tracks, my attitude soured. I couldn't bother. I'd hit upon the limits of my hearing. By contrast, it was easy to see that the icOn 4Pro's functionality was far superior. As delivered, even its price was lower. In my book, that made it the clear winner. Case closed. Next? 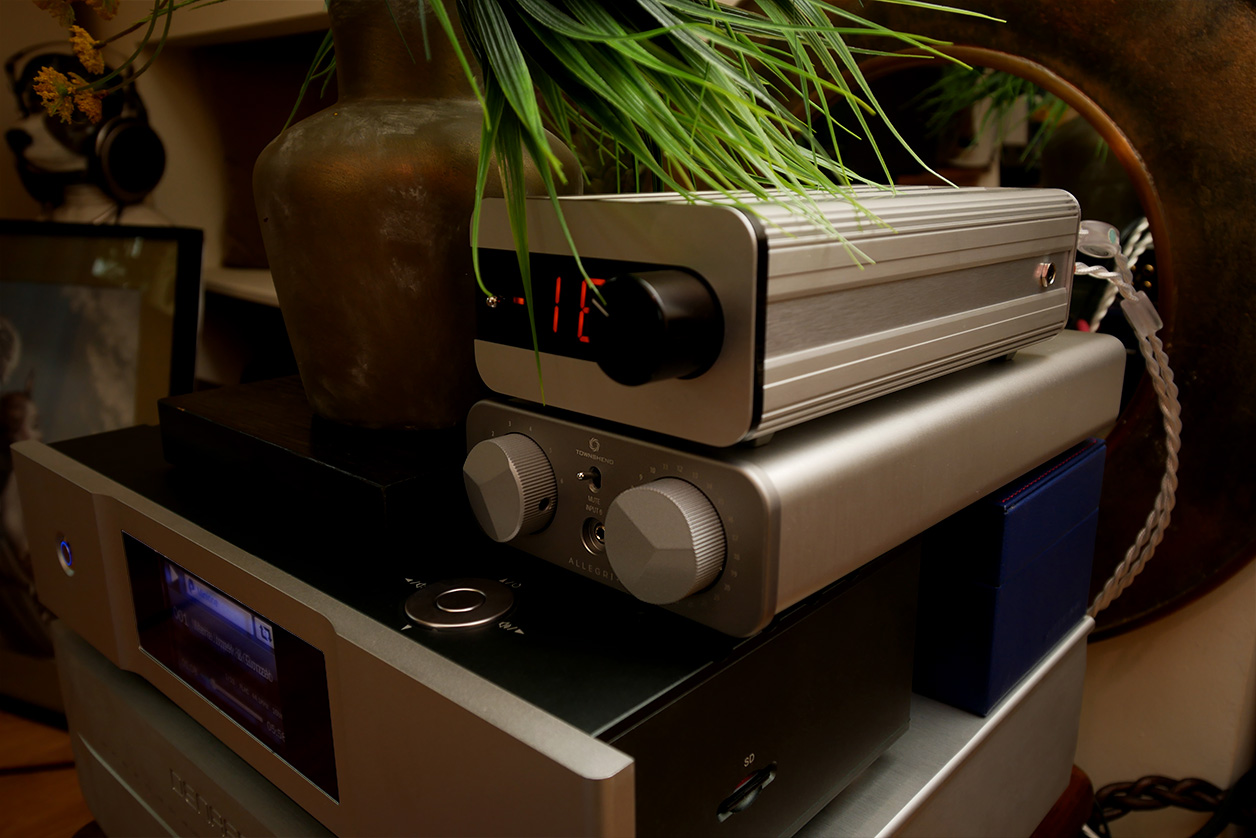 The full-length Nagra made for an odd couple atop a very shallow D300Ref. Just so, all ended up on deck for a photo op. Sonically I was back in the difference biz. Despite negative feedback and more so in the zero-gain setting, the Swiss dialed in extra reverb. This injected what might be called connective tissue between notes. Think spider webs in an attic. They connect solid objects with fine taffy to visualize the space between them as not being entirely empty. Sonically it meant fluffier textures with slight watercolor edging. Bass in particular grew a bit bloomier. Energetically, the music felt a tad lazier and thick. +12dB gain pushed things further in that direction so away from the icOn's quicker more contrast-high and snappy demeanor. In this particular rig, the tube contributions didn't add but subtracted persuasiveness. Going tube-less also subtracted €13'000. That was some mightily aggressive passivity. 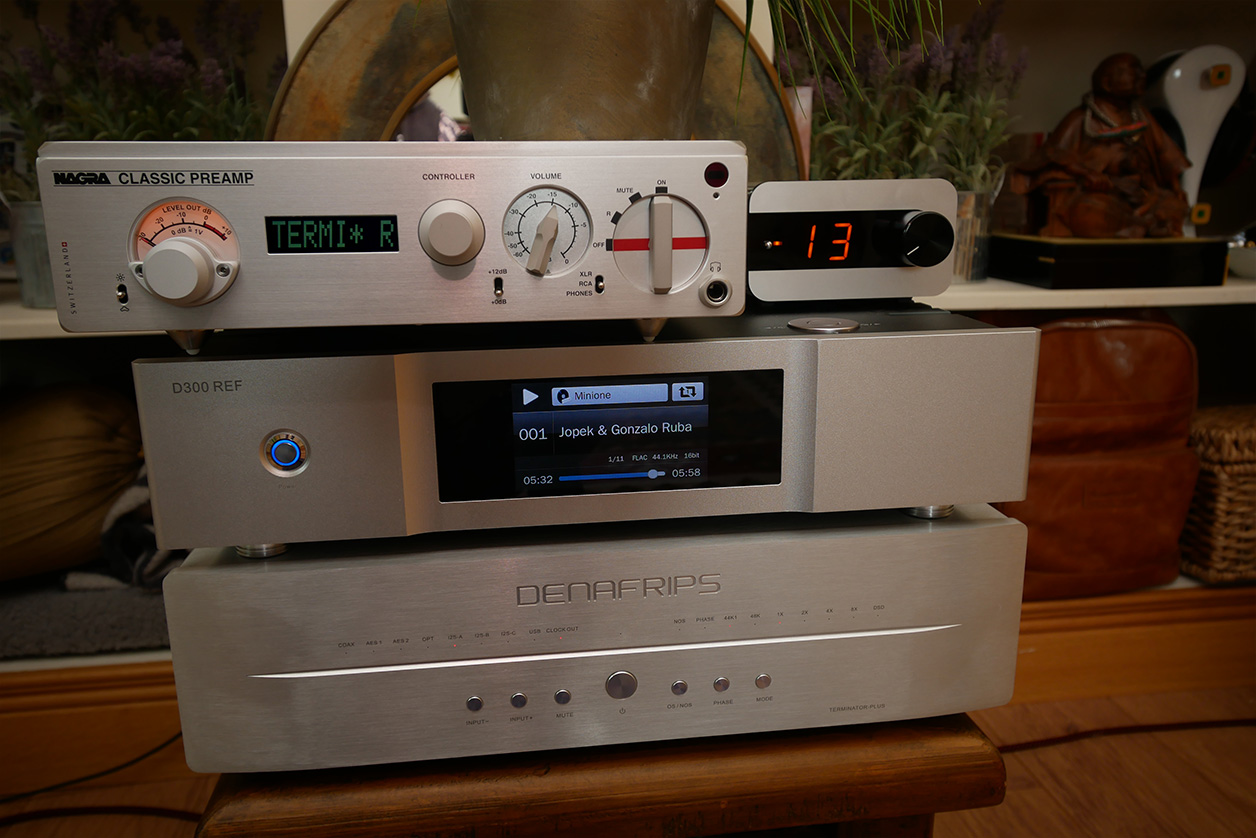 It was time to move downstairs. Here direct-coupled Elrog ER50 direct-heated triodes in a grounded-grid circuit inject very deliberate valve aroma. Here the amps are high-power solid statesmen of the DC-coupled ultra bandwidth persuasion like super Bakoons. They pair with the preamp like salmon does with mild horse radish. Personal bias sensed that doing away with the tubes would be missed. It's why our prior Wyred4Sound preamp had made onward tracks into the video system. Sometimes the mild additive gains of active preamps are simply irresistible.