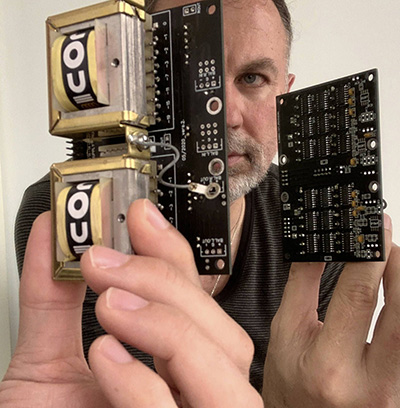 "Enter miniature relays. They're much better, have a far longer life and solve the remote control challenge except… there are 'machine gun' clicks of mechanical noise amplified by the box. Those clicks disturbed me. Still, I first settled on reed relays which are nearly perfect. They're hermetically sealed contacts of high reliability, with a switching cycle of about a billion and no loud mechanical clicks from the box. My remaining problem—many other designers seem okay with it—is their switching time of 0.25-1ms. It's why in even some very expensive high-end preamps with relay-based stepped attenuators, you will read a disclaimer of "depending on the material played, this technology can sometimes make a very small clicking noise. That's perfectly normal and not a sign that anything is wrong."

"I tried everything to improve their timing, to eliminate the break-before-make nature of relays, to switch them overlapped, use different PCB wiring and more. I finally accepted that it's impossible to make a fully silent switched volume control with reed relays. These parts are too slow. Every on/off switch generates a 0.5-1ms glitch as a small signal discontinuity. Our brains are very sensitive to this kind of glitch and detect it as a small clicking noise. Most the time you won't hear it but it depends on the music programme.

"I can reduce the level of glitch with smaller steps but it won't fix their length due to the lazy mechanical action. These clicks are very faint but having spent literally hundred of hours trying to kill them completely, I became more and more sensitive to them. What else could I try? The answer was obvious. I needed faster switches.

"Enter solid-state relays, analog or Fet switches (CMOS most of the time). Their switching times are a few thousand times shorter than reed relays, about 100ns instead of 1ms. They have practically unlimited life and near zero power consumption. All of that was perfect. What about their Ron resistance, linearity, switchable signal range, bandwidth? Were they at all used in top audio products? Two years of R&D experiments, comparisons and blind listening tests finally identified the best analog switches from several thousand types for my purposes. Finally no more clicking." 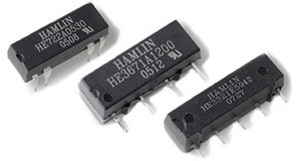 "As it turned out, analogue switches are frequently used in today's audiophile products but most the time are simply hidden inside DAC chips, high-end volume controllers like the Muses 72320 Pass Labs are fond of, streamers, digital and even high-end preamps. Very few people realize their presence because they do no harm. They conduct/cut signal without measurable distortion or noise, not just audio but video up to 10-15V. They are good enough in the €20-30K Mark Levinson and Boulder volume controllers and the PS Audio BHK Signature. Why should anybody be suspicious of them in my icOn? What's more, I use newer chips with 1/10th the on-resistance of the chips in previous preamps. In short, my Fet switches are the very best solution for any kind of stepped attenuator realized with resistors, transformers or autoformers. Which begs your question. Why offer reed relays or Fets? Though it's a bit strange to me yet a fact of life, there are many faith-driven audio customers. If they believe that reed relays are superior, they are. The customer is king. They can buy an icOn4 or 4Pro with reed relays, max attenuation -54dB. Because the availability of Pickering relays is very poor, I use the equivalent American Littlefuse/Hamlin parts."

"About the Nord TVC, it represents the best and final version of my first 3 years at tvcpreamp.co.uk with the icOn 2 project. Based on the popular good-quality SAC Thailand STA522A transformers modified for me with an additional 1dB primary tap, the Nord has 45 steps (mostly 1dB with some 2dB) instead of the standard 23x2dB specification. It has a nice 2.8" TFT display that's rock solid with zero wobble, a smooth optical encoder for manual control and tons of menu customizations with rare high-end features like automatic input level matching. It has balanced i/o and conversion to/from. Experiments with different 'ringing' correction methods led me to use only the secondary coil as an autoformer while loading the primary with the right value resistor. That's because personally I prefer the AVC sound. When a customer missed the TVC's extra "air and better resolution", I made TVC/AVC mode on-the-fly switchable with the Apple remote. In AVC mode the steps are 2dB and the balanced outputs turn pseudo aka single-ended. But it's a fun way to change the sound a bit like rolling op amps in the Nord Hypex buffers." Here is a review of the equivalent Triple M icOn from 2017.

Example of standard rotary switch (not used in the Nord!) in front of SAC transformers

"As to pricing for the Pro, with such a deep option menu that's the hardest part. I'll have to create an online configurator with automated pricing display. The icOn4 Pro will start at £1'599 with single i/o for exclusive streaming customers whose single-source numbers are growing by the day. Why charge them for an input selector and unnecessary sockets? Add £100 and it'll have 1 x XLR+RCA input and output. The standard unbalanced version with 5 freely configurable pairs of i/o plus brand-new hardware configurator to fine-tune everything you can possibly imagine (input level matching, volume limits, encoder sensitivity) will sell for £1'899. Premium socketry from WBT and Furutech adds to that. Fully balanced with 4 autoformers in a bigger chassis will need £2'600 – 3'000 depending on connector choices. The 8-channel monster for 4-way active loudspeakers (really, I already had one inquiry for it) isn't priced out yet but should end up between £4-5K." 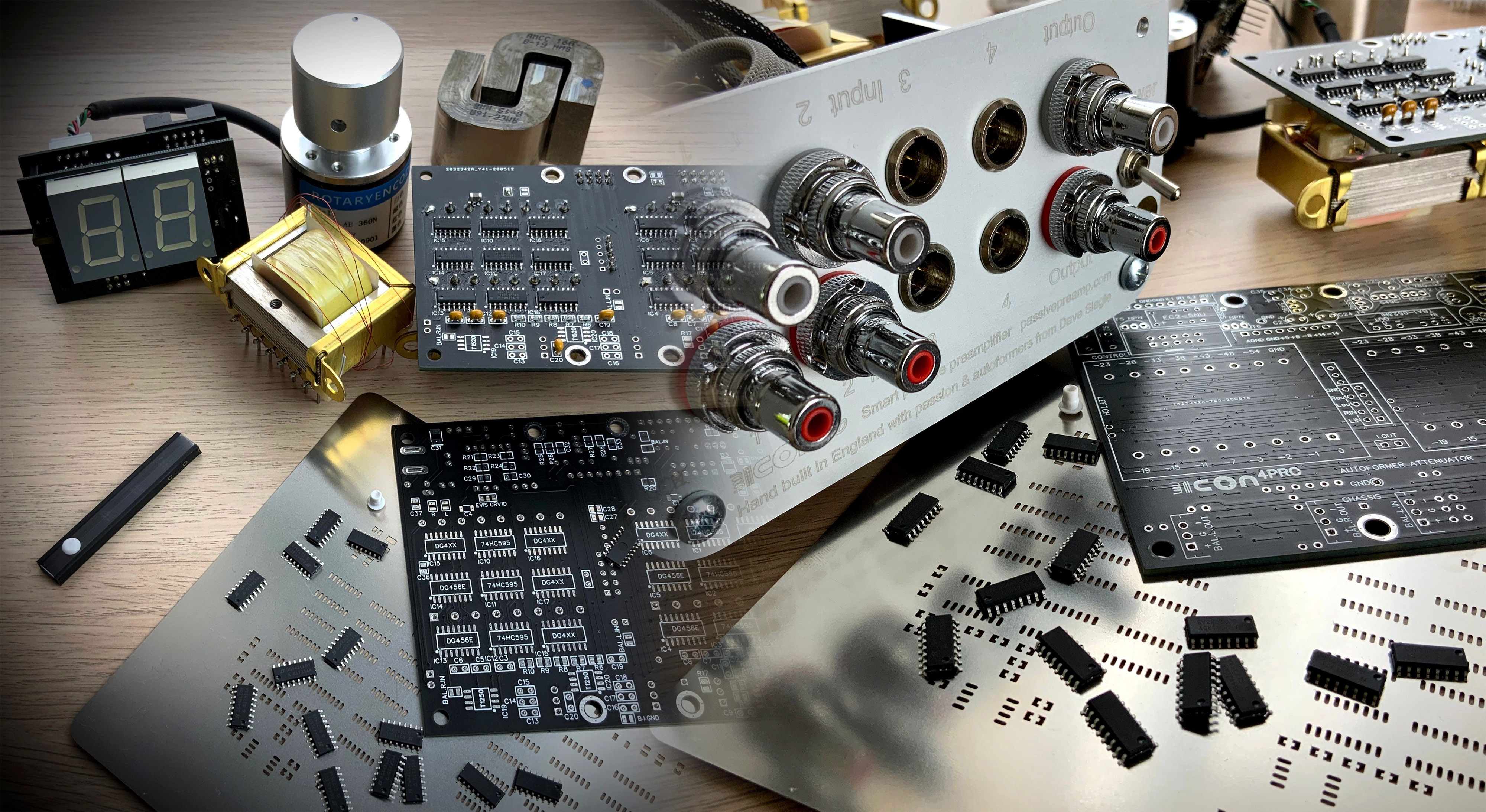 Voilà, Pál is your Paypal.