Pál. "To your question on AVC vs. TVC, there are a few points, some engineering facts, some assumptions. Autoformers have far broader bandwidth and far less ringing so less coloration and smearing. My Slageformers only show a small signal drop at 1MHz. At any attenuation setting, we're good to 200kHz. An equivalent TVC would at best be good to 50-100kHz. The ringing effect is key in their sonic differences and easily seen with a signal generator and oscilloscope. Dave's website has good explanations on that and the impedance transformation. Somehow an AVC's single coil versus the TVC's two coils offers a more transparent natural sound. It's only my guess but it could be due to smaller losses. The total wire length of a pair of icOn4 autoformers is 400m versus Bespoke's TVC of 1.6km. That's four times less. Less copper means a smaller core. Optimal core size and even more importantly, optimal core material matter a lot where we use HyMu 80 permalloy to be good for up to 12V input signal. Bigger isn't always better. Too small is a problem too when distortion-free bandwidth gets too narrow. A primary impedance as its practical inductance that's far too high is often advertised as an advantage but produces unnatural lows and issues with timing. Finding the optimum values is key. 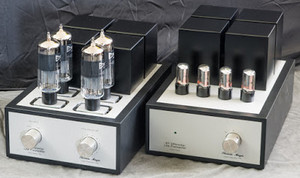 "In short, autoformers have dozens of interactive parameters. Identifying the right core balances for any given application is very difficult. Autoformers are less complicated than transformers so a designer needn't follow as many rules to get a more natural transparent sound; most of the time. The autoformer's only disadvantage is lack of galvanic separation between its inputs and outputs. It also will only handle single-ended signal and can't convert single-ended to balanced or back even if we use two pairs of AVC for the hot/cold signal. Incidentally, I'm against balanced for home audio. It's unnecessary. The continuous conversion between balanced and unbalanced creates more harm than good. The balanced connection for home audio is an artificial creation by certain brands to increase complexity and prices by suggesting that balanced is superior because it's the choice of professionals. That's plainly untrue. Home audio isn't a recording studio or concert hall with hundreds of meters of cabling. Barry Ober has a good article on that.

"On creating balanced signal electronically versus by dual AVC, electronically offers very good quality with little hassle. My engineering self always fights hard against the wastefulness of unreasonable non-economical solutions if it causes no sonic degradation. My design has no self sound by design. If someone insists on balanced i/o, my first choice is to generate those electronically. Of course some extremists will feel sick upon hearing about a chip. No problem. Pay more and I'll double all your circuity to four autoformers. Your money, your choice. Personally, there's no difference in sound quality. I conducted full days of blind listening tests without any definitive preference. Perhaps others will hear more. I'm 60 and don't have bat ears." [Above, €47'000 Thomas Mayer tube preamp with TVC.]

"For a small extra fee I can add a buffered active output next to the fully passive path. I try to offer sensible solutions for 99% of all unresolved issues. For example, someone has only one source but three different power amps and speakers for different genres. He'll want triple outputs with an output selector. Someone else needs a tape loop. Somebody else has a very sensitive tube amp with a 105dB hornspeaker and 4V-out DAC. He can't use a regular passive preamp whose coarse steps get too loud too quickly. Every other customer of mine had such special needs. I eventually tired of addressing them on a case-by-case basis. For the Pro, I built in a very broad option menu right from the start. The 75dB volume window is wide enough to compensate for any unfortunate component combination.

"About the +3dB feature, that small extra gain is sometimes useful with vintage tuners, tape recorders or low-output phono stages. Above 6dB of passive AVC gain, ringing gets very ugly. Now i/o Ω get far from optimal. Up to 3dB is just fine. It costs nothing to implement and is an automatic benefit of one of the biggest advantages of John Chapman's nonlinear switching. When I first saw it in 2016, I realized straightaway that this was the only way to make a smart passive magnetic with a high number of steps. Last year nonlinear switching came to the Allegri Reference as well. This solution has some other interesting details, too.

"About rotary switches, miniature relays, reed relays and Fet switches, I can't say anything good about rotaries. I'm their biggest enemy. I started the whole icOn adventure with

just one goal: to eliminate rotary switches from today's audio. It's like using a steam engine in a modern car. They only switch in a linear straight line from position 12 to 13 or 11. What if I want to jump to 3? It's a huge disadvantage if you want to increase step numbers at not just the output but input. In my final solution, with just one added tap on the primary or at the top of an autoformer I can double the step number, with two extra taps I can triple it. Add my microprocessor firmware and I can easily change my switching 'algorithm' to create different attenuation tapers or 'curves'. That's nonlinear switching. Try that with a rotary switch. It's not impossible but very inconvenient and even more expensive. 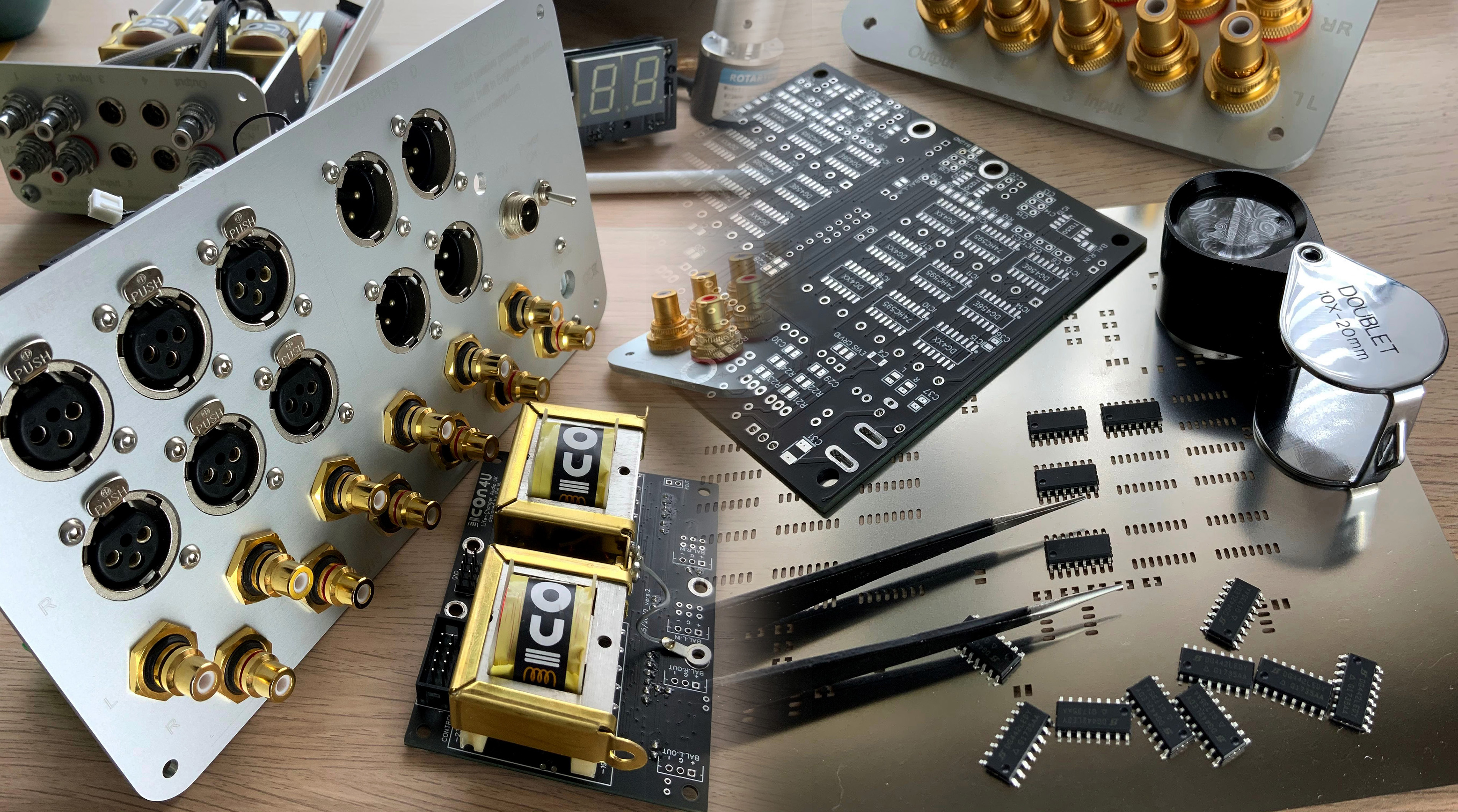 "Rotaries are limited in all respects. Their max number of positions is 48. There's no way to get to 64 or 100. What if I want 70dB attenuation over 1dB steps which is very desirable? What if I can't live with extreme 5-6dB jumps at the extremes to adjust my volume during late-night listening? With rotaries there's no real solution, just painful shortcuts. They also have a very limited lifespan with a switching cycle of ~20'000. Reed relays will switch a billion times. Fets are unlimited. After a few years, most rotary switches start to scratch and replacing them is expensive when a better Elma or Seiden will set you back £200-300. And adding remote control with a noisy stepper motor for another £450 is a sheer joke."