100% proof. Pál's inner scientist is very serious about measurements so each outgoing unit hits his bench for a workout.

"Not just my own ears but my measurements are proof for just how good these new Slagle autoformers are. Their distortion isn't really measurable because the 0.0065% distortion comes from my own FFT gear. After correcting for the straight wire measurement error, the frequency-domain deviation centered on 0.00dB/1kHz is +0.05dB at 20Hz and -0.05dB at 20kHz." 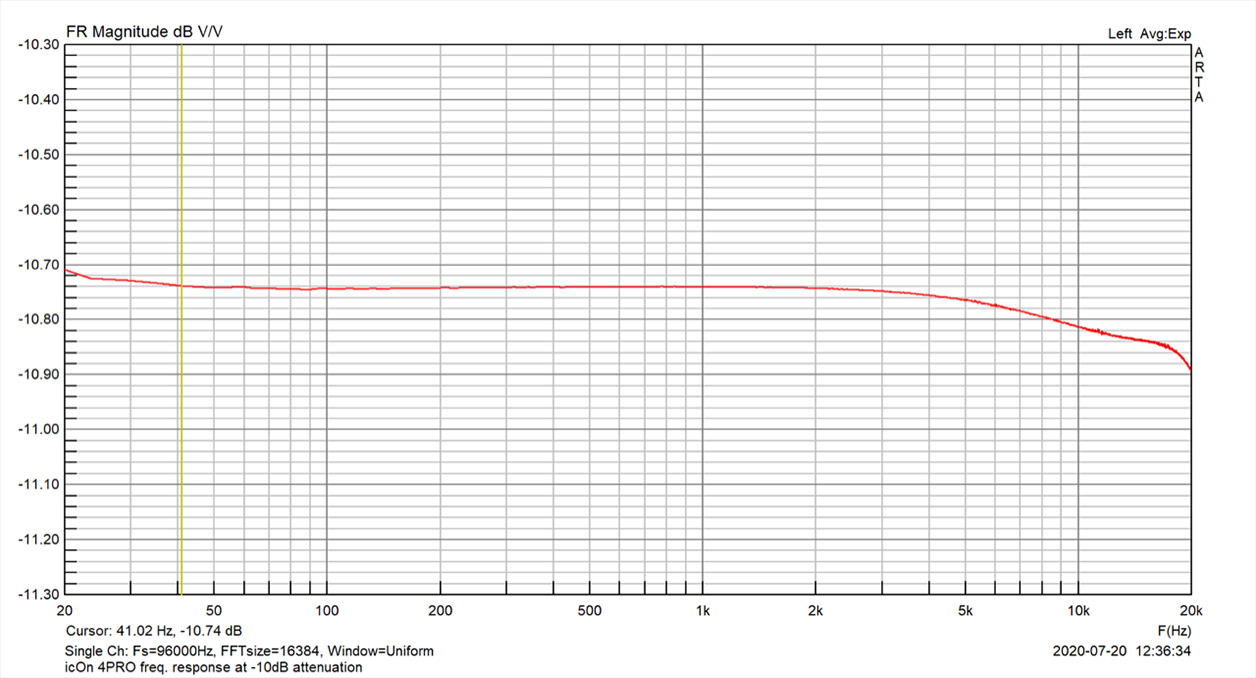 Relative to the incoming Allegri+, he explained that his "has different autoformers, better analogue switches, even better DC noise filtering and a medical-grade SMPS so shouldn't really be much worse." The British are very sporting about that kind of thing. It seems even transplants to Blighty are.

Now the game was afoot.

Bypass. Not open-heart surgery, it's still the toughest test for a passive preamp when the remit is to do nothing audible. To play doctor, I set up a hi-res system starting with our D300Ref SD transport with better-than-batteries ultra-cap power supply. Its two femto clocks slaved to the temperature-controlled master clocks which sit a mere few centimeters of circuit trace from the discrete R2R array of the new Denafrips Terminator-Plus converter. I²S over HDMI transported digital signal over an AudioQuest Coffee cable with active dielectric. The DAC's RCA outputs linked to the inputs of our Bakoon AMP-13R. Its patented fully discrete current-gain opamp sets its amplification factor with an output resistor. Switching a resistor array has the amp behave as an integrated yet only generates required gain rather than attenuate fixed gain like the vast majority do. It's an ultimate embedded volume control with remote. Its conceptual equal is Cees Ruijtenberg's variable reference voltage which sets the gain of his discrete ladder DACs for Sonnet Digital and the reborn Metrum Acoustics brand.

Speakers were Ruijtenberg's Acelec Model One. Those are aluminium-clad 2-ways with Mundorf AMT, ScanSpeak mid/woofer, stacked 1st-order filters and rear port. Mine were topped by Franck Tchang magnesium super tweeters on a 1st-order 15kHz high-pass. LessLoss Firewall-for-Loudspeakers passive filters sat at the speaker inputs. A Puritan Audio Labs AC/DC filter handled power delivery over a LessLoss C-MARC cord to the wall. HifiStay Stella60 decouplers isolated the speaker stands from the floor. This was a simple but rather tweaked setup. I had a front-row view on my patient's beating heart. Bypass!

Whilst switching wasn't instantaneous, the verdict after repeat cable swaps of identical CrystalConnect Ultra was clear. The only difference I heard—between amp direct with lower gain vs. icOn 4Pro with amp at max gain—was a rather slight softening. This behaved as though the transient/decay needle had tipped a click to the right. Amp direct was a tad crisper or defined on the leading edge. With the AVC in the loop, that forward posture leaned back a tad. Now the trailing edges felt slightly longer. At the low attenuation values this setup needs given a tiny 25wpc amp, that was the extent of sonic activity I could pin on the icOn. The applicable qualifier is exceedingly negligible. To rope in our Zu Submission subwoofer in the left front corner of this room, I'd not hesitate a second to add Pál's pal to our hardware chain and win the necessary second variable pre-out. I loved the far superior display versus Bakoon's tiny pin pricks; the ability to reduce it to a single hyphen which showed volume and selected input when triggered, then went back to sleep. In a system where source + amp + speakers + room already work to perfection to tolerate no change just extra functions, the icOn 4Pro becomes the perfectly invisible butler. It's there when you need it, entirely out of the way when you don't.