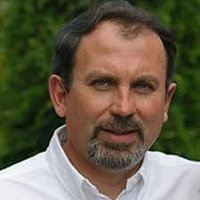 "I'm Hungarian by birth, with the great explorer spirit of our ancestors in my soul. It's why in 2013, we migrated west from Budapest. Growing hatred, threats against personal freedom and a far right political climate were further strong incentives to leave our homeland for the UK to start a new life from scratch without any set plans for the future. After two years in England I suddenly reconnected with a childhood dream from behind the Iron Curtain, about then out-of-reach hifi legends like Quad, Revox and Dual; and that one day I would design and build my own sweet-sounding amplifiers. With the exception of John Chapman's Slagleformer implementation, I was very surprised to see only the most basic realizations of the magnetic passive preamplifier concept. All were based on old-school dumb rotary switches without the least concession to 21st century conveniences. [One other exception would be today's £8'000 single-ended Townshend Allegri Reference below – Ed.]

"In the 80s and 90s I worked with COCOM-listed DSP and designed high-tech industrial and military electronics like the first digital FFT analyzer in Easter Europe. For me it was very strange to see the lack of innovation in quite expensive audio gear. I thought that after 25 years in the IT industry then selling online health/wellness products as a natural therapist, I ought to re-embrace my engineering self and make something smarter with these fancy transformers. I didn't think that in terms of work hours and time, this would become my life's biggest investment. But it's a very interesting and exciting experience to be working on fulfilling a personal childhood vision. 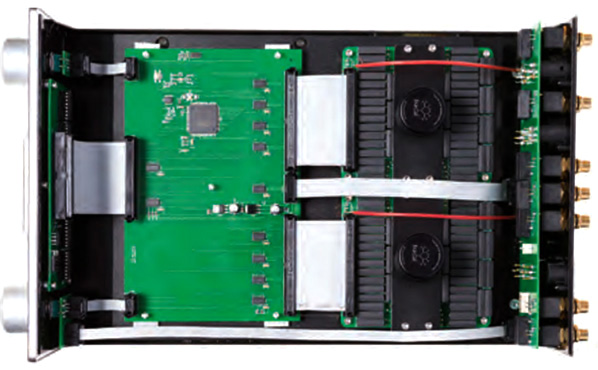 finishing final firmware modifications and expect to have a review sample by July 15th. I look forward to doing more sales & marketing because I spent the last four years mainly in product development, "striving towards full transparency with each design iteration" as Martin Colloms so kindly put it in his review." That review also has this: "I checked that the wall wart power supply had very little effect on the sound of my system and plunged into some heavy listening. The result was so close to my standard setup that I had to exchange the icOn4 with my reference Allegri + numerous times. I consider that the manually operated Allegri+ remains king of the heap but this contender was really tough competition. Without that back-to-back opportunity I consider it would be quite hard to tell them apart, noting that this test was made in a well-tuned £100'000 system."

At £2'495 for a purely manual machine vs. £1'495 for Pál's remote-controlled version, those comments suggest that the icOn4's conveniences come at no real cost to performance; nor really cost extra versus the stiffest competition. Au contraire. I was starting to feel giddy about a gig whereby an industry feature on the basic icOn4 had learnt about the pending Pro version, then was offered a review sample. Synchronicity. On a lark, just a day prior I'd replaced a Nagra Classic in my upstairs system with a Vinnie Rossi Lio in AVC mode. Rescued from the utility room's hifi-in-waiting rack, the passive had edged out the small triodes with negative feedback. I was thus back in the passifist game just in time to get acquainted with its most recent proposal. I like it when the hifi gods reshuffle my cards! 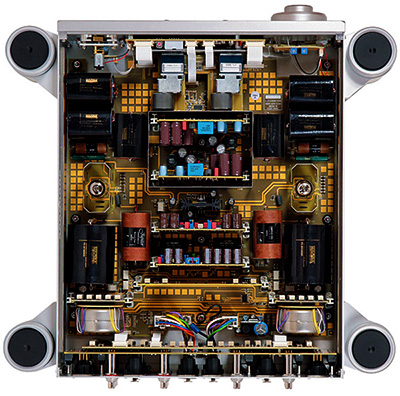 Whilst considering the ins and outs of magnetic volume controls, it's important to know that they're not exclusive to passives. They can also front or terminate active circuits. The most high-profile example in recent history must be Nagra's £49'500 HD Preamp whose twinned/clutched motorized controls actuate their own tapped step-down output transformers as those silver canisters in the two lower corners. With this company previously relying on Alps pots as our Classic preamp does and our older Jazz did, this makes for quite the Swiss endorsement of the TVC concept at the highest level of design ambition.

The €15'000 Thrax Dionysos linestage from Bulgarian designer Rumen Atarski also couples a magnetic/inductive volume control to a triode gain stage. Thomas Mayer uses silver Slagleformers in his tube preamps which sell from €6'500 to €47'000. Ypsilon's PST-100 uses a TVC. There could be more.

With the icOn4 Pro acting as a nearly straight—well, coiled—wire without gain or coupling caps, your source component shouldn't leak any stray DC to avoid magnetizing the autoformer cores. As to no gain, Pál actually offers +3dB at the very end where his autoformer step-down function transitions to that of a step-up transformer. Such passive voltage gain simply at a higher fixed rate is also exploited by certain FirstWatt amplifiers. Wherever coupling magnetics appear, the subject of bandwidth rears its head. Autoformers promise lower leakage inductance thus higher bandwidth than many a tube amp's output transformer which is often challenged to exceed 20kHz with no roll-off. For their TVC, Bespoke list 1.6km of winding length. That's a lot of wire which traditional preamps like our STP-SE from Wyred4Sound don't need. Incidentally, the Wyred invokes no voltage gain until 63 on its dial. Below that it behaves passive but runs active buffers for impedance stabilization. That presents an interesting passive/active hybrid with unconditional drive over long cables. With actual passives, the general recommendation tends to be for shorter output cables.

Other contra indications are additive needs. If your amp/speaker combo requires more meatiness or heavier bass; if you wish for

tubular elasticity, layering enhancements or particular THD infusions… you'll not add those with a passive linestage. Pro indicators could mirror those of widebander fans. Their absence of reactive filters but point-source dispersion and higher sensitivity create a certain quickening, a particular directness and immediacy. If that's the direction you want your hifi to go because your present sound seems a bit portly and ponderous, a proper passive could well be the kick up the arse it needs. And to repeat, if you listen a lot at quite low SPL to want maximum clarity and persuasiveness without that subliminal urge to go louder just for the sound to show up in full, magnetic passives tend to be rather good at that. They can become a conscientious flat dweller's quick best friend when happy neighbors coexist with plenty of late-night sessions.

As Martin Colloms explains in his Townshend review, autoformers multiply the load impedance by the square of their step-down ratio. Thus attenuation of just ten decibels already increases their input impedance by x 10. At -20dB, the reflected load is reduced by a factor of 100. At -40dB it is reduced by a factor of 10'000. The more quietly we listen, the higher that value as seen by our source. "It's thought that some of the fine dynamic expression heard with this type of control is a function of this very light-

Now we have the general picture on the breed whose most formidable allure is extreme transparency. For one more Pál Nagy take on the subject using different magnetics, there's the £1'995 PRE-TVC1 he designed for Nord Acoustics.