This version of Ivan Liu's best amp differs from the pair I reviewed in April 2018. Ken Ng as Vinshine Audio's Kinki Studio liaison had subsequently solicited us to review their EX-M7. "We released updates of our EX-M1, EX-M+ and EX-B7. We don't call them new models but over the pre-2020 precursors, they are essentially new." For the monos, it's reflected in a new display and square power button. The more important changes live beneath the covers. I asked Mr. Liu to name them. "Next to a new 750VA transformer, we now have complete segregation of the control/protection circuits to greatly minimize potential stray HF noise onto the analog circuit. The speaker protection circuitry is improved with new fault indicators; and there is a new input buffer stage to make the EX-B7 compatible with a wider range of preamps which, if they're tube units, could output some DC." This explains the absence of the DC blocker switch which the 2020 integrated and stereo amps have. The new input buffer now integrates it. 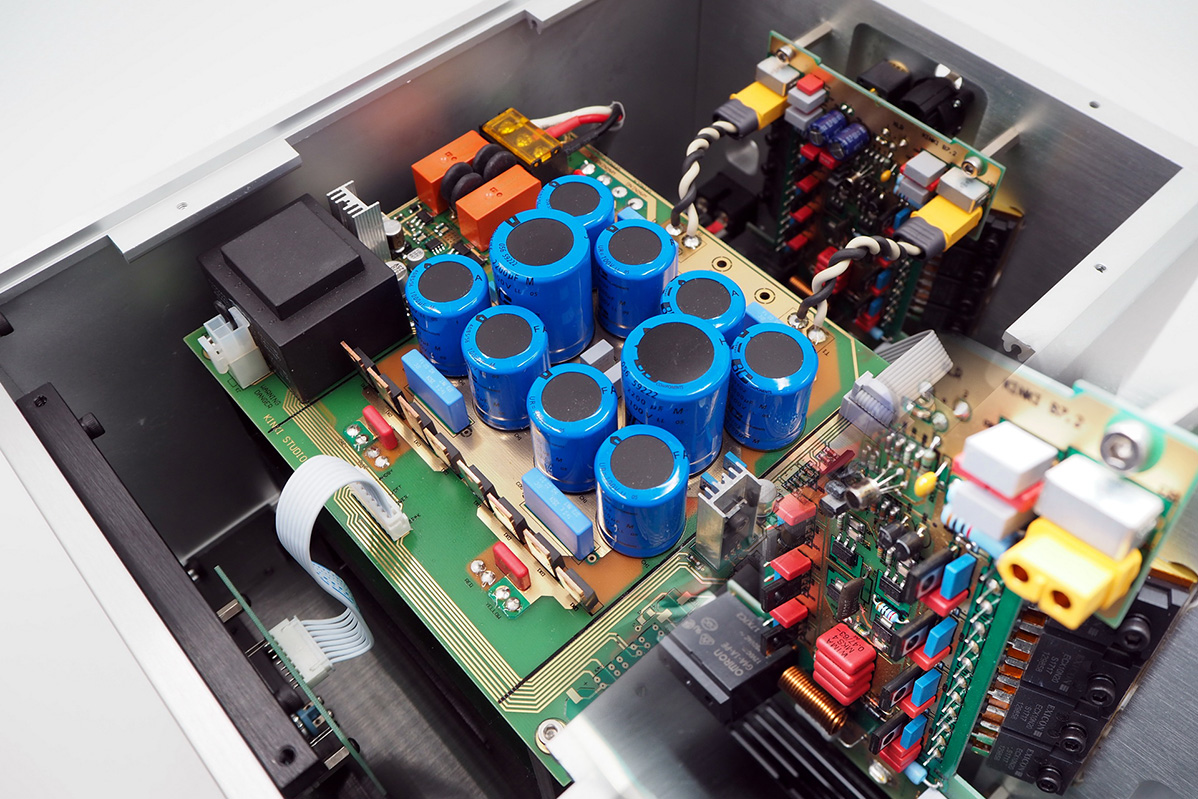 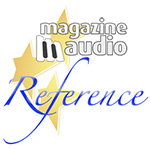 Still describing the older versions, Marc Philips of Magazine Audio had this to say in February of 2020:

"I defy you to find something as good let alone better. For myself, I'm not even looking. It just doesn't exist. You'd need to raise the budget to 5 figures to begin to meet such a challenge. We are dealing with authentic yet affordable high-end electronics. In terms of the audio industry, that's the extreme opposite of normal. A new class of components dedicated to playback is emerging for the greater benefit of its users and to the detriment of the typical markups we have known in the audio food chain for the last 30 years. I don't award the Reference label lightly to just anyone or for just anything. For what the Kinki Studio EX-B7 monoblocks deliver, it is simply amply deserved. For the consumer, things are changing for the better in the sense of respect for the music for one and all. The democratization of the high end has never been so real."

Quite. If the new age label in music wasn't so vapid, one could well call this New Age audio. If you shop hard and smart, you learn what it is. 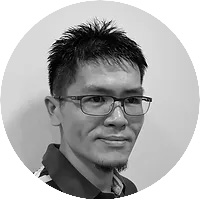 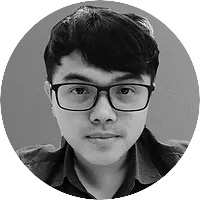 Customers buying from Kinki Studio's web shop interact with Ken Ng [left] as mentored by Vinshine Audio's Alvin Chee [right]. Alvin devised this separation of duties because he's grown too busy with just Denafrips. Assigning a dedicated brand ambassador to Kinki Studio, he wants to insure that this brand and Jay's Audio continue to enjoy the same well-regarded customer service/support he's developed for all three brands when they still were smaller and far less known.

Whilst waiting on my shipment to clear customs—it ended up taking nearly 6 months for the first package, one more week and two FedUp escalation files for the other—I read The Abso!ute Sound review of the $45K Audionet Stern preamplifier and $105K/pr Heisenberg monos. Those weigh 145lbs/ea. with 2×1'200VA iron, 200'000uF capacitance, class AB bias and DC coupling.

"I don't want to place too much emphasis on measurements because it has long been my view that specifications are merely a good jumping-off point. Measurements simply cannot predict musical performance. But what Audionet have achieved here technically deserves to be singled out. First, the listed frequency response of the Stern preamp is given as 0Hz–2.2MHz (–3dB) DC coupled, or 0.3Hz–2.2MHz (–3dB, AC coupled, with a channel separation of  >144dB! Stern's upper frequency limit is more than 36 x higher than the equivalently priced Pass Labs Xs and more than 10 x that of the $90'000 Constellation Altair II. Taking into consideration what may perhaps be the two most direct contenders, it affords more than double the high frequency limit of both the $51'500 CH Precision L1 and the $55'000 Soulution 725." 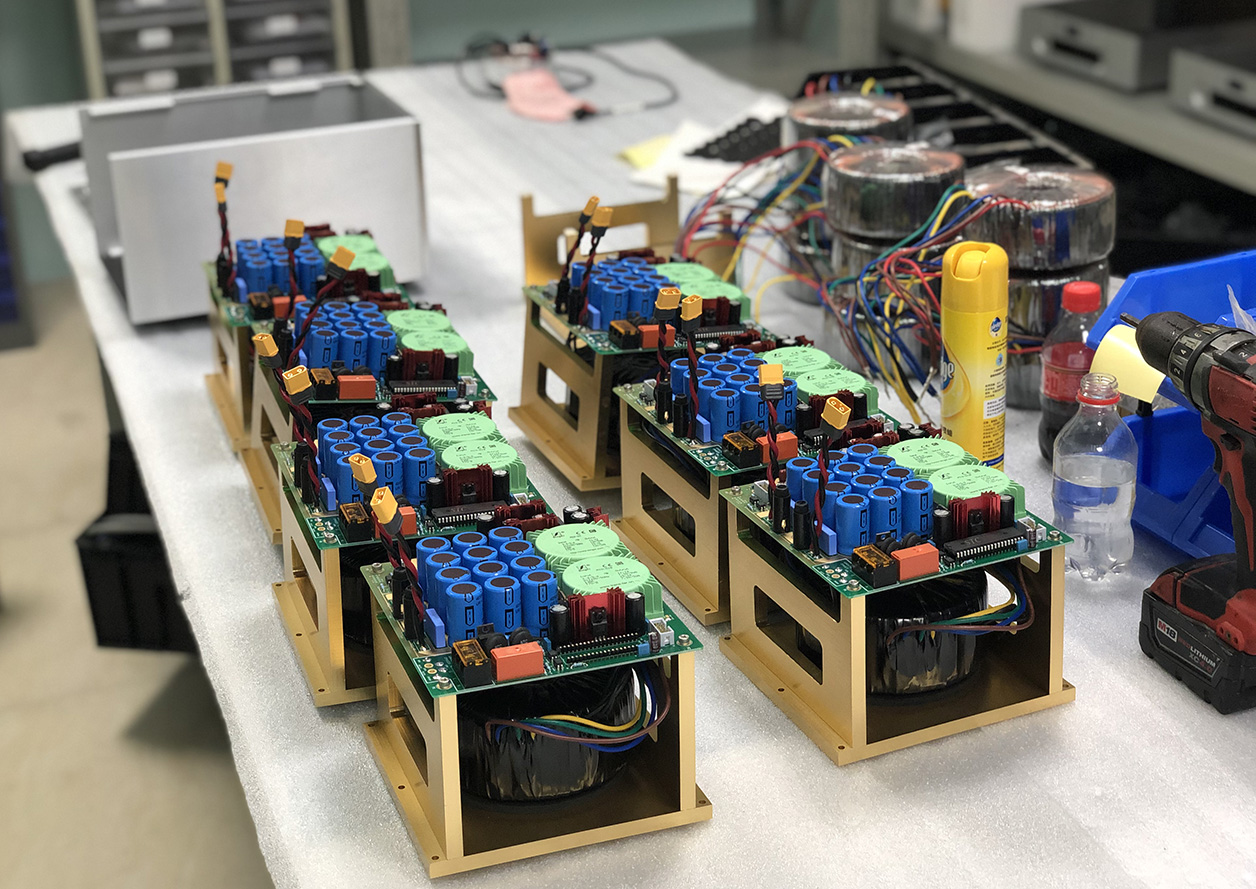 Here we see the new single 750VA transformers in now traditional upfacing mounting. Also, today's PCB on top looks quite different from the 2018 version higher up on this page.

Doing a quick Heisenberg, we realize that a pair of those would buy us exactly thirty pairs of Kinki; and that today's EX-B7 amp—for what it's worth— offers the same enormous bandwidth as that illustrious German preamplifier. It's back to looking East. This block diagram of our downstairs front end shows it. Only the preamplifier isn't from China. While the 27" iMac is ostensibly from California, it's of course made in the PRC. Now add the Kinki EX-B7. Our Aurai M1 Classic speakers from France are the only other Western outliers with the Vinnie Rossi.

You might say that my enthusiasm for this tier of Chinese hifi isn't for show. Upstairs too the source components follow suit. 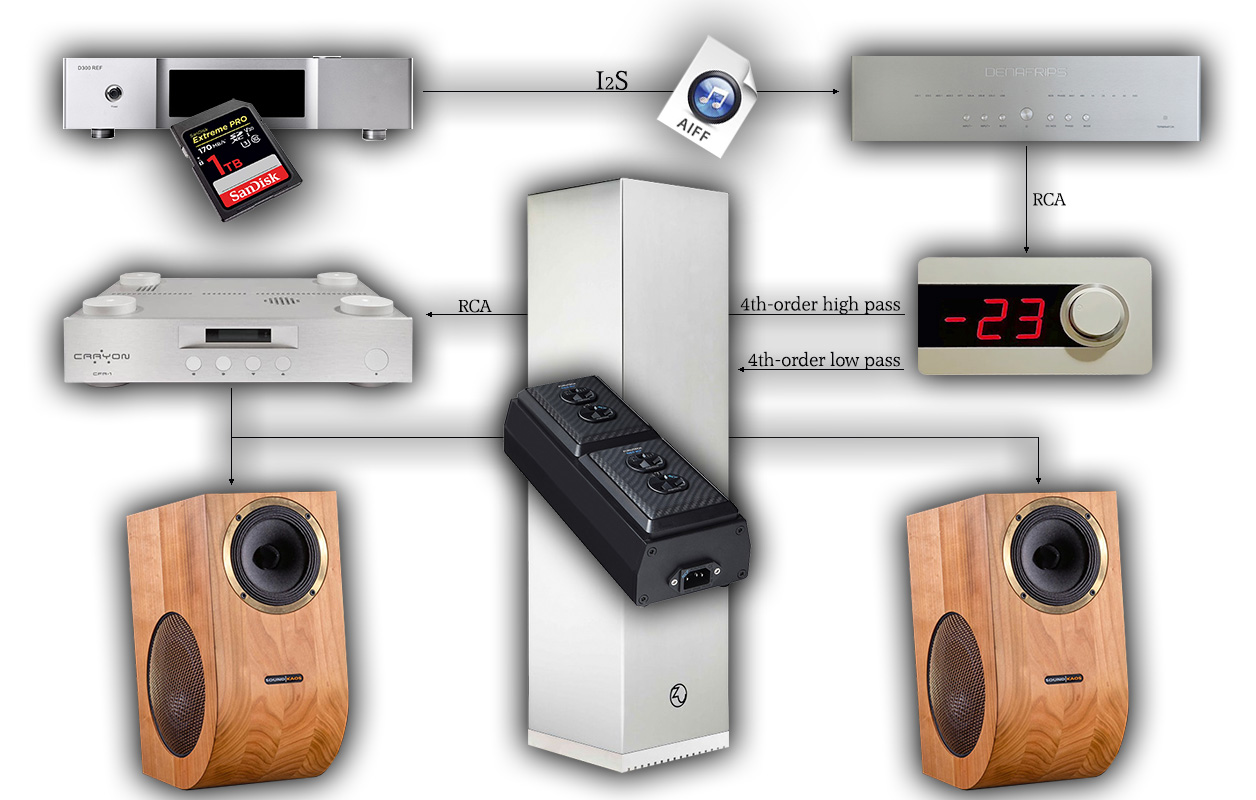