To explain what the EX-B7 isn't—at least not in the context of our system—I'll revisit my review of Boenicke's P1 amp. Here goes: For us, ultra-bandwidth class AB direct-coupled amps like Bakoon's AMP-13R and LinnenberG's Liszt followed by Crayon's CFA-1.2 represent the Autobahn's stretches of unlimited speed. They lead with transient exactitude and enormous transparency. In class D, their stand-ins are Merrill's Element and AGD's GaNTube™ amps. In the words of Simon Lee, his class AB i5 and matching big CD receiver are deliberately voiced for 'classic soft power'. They represent a ballsy bottom-up perspective of high mass and warmth. Transparency and resolution take a backseat. That gets softer and blurrier. Our Auralic modified Hypex monos, Nord nCore monos with rev. D buffer and Purifi stereo with stock buffer and Hypex PSU are far leaner. Then they go texturally dry. Their upper registers are over-damped and stingy. With its current feedback and SMPS, our Crayon slightly shifts the mature Bakoon/LinnenberG balance of lateral Exicon Mosfets. It's not quite as fast but in trade a bit weightier tonally. Like our other Autobahn amps, it's not dry. For my tastes, going nowhere fast without meat on the bones doesn't cut it. That's different from Joël Chevassus who a day prior wrote that "some prefer comfort and sweetness over ultimate transparency. I always look for the most transparent result regardless of potential listening fatigue." I too chase ultimate transparency. I just draw the line at even faint fatigue. Why pay good money to get punished? 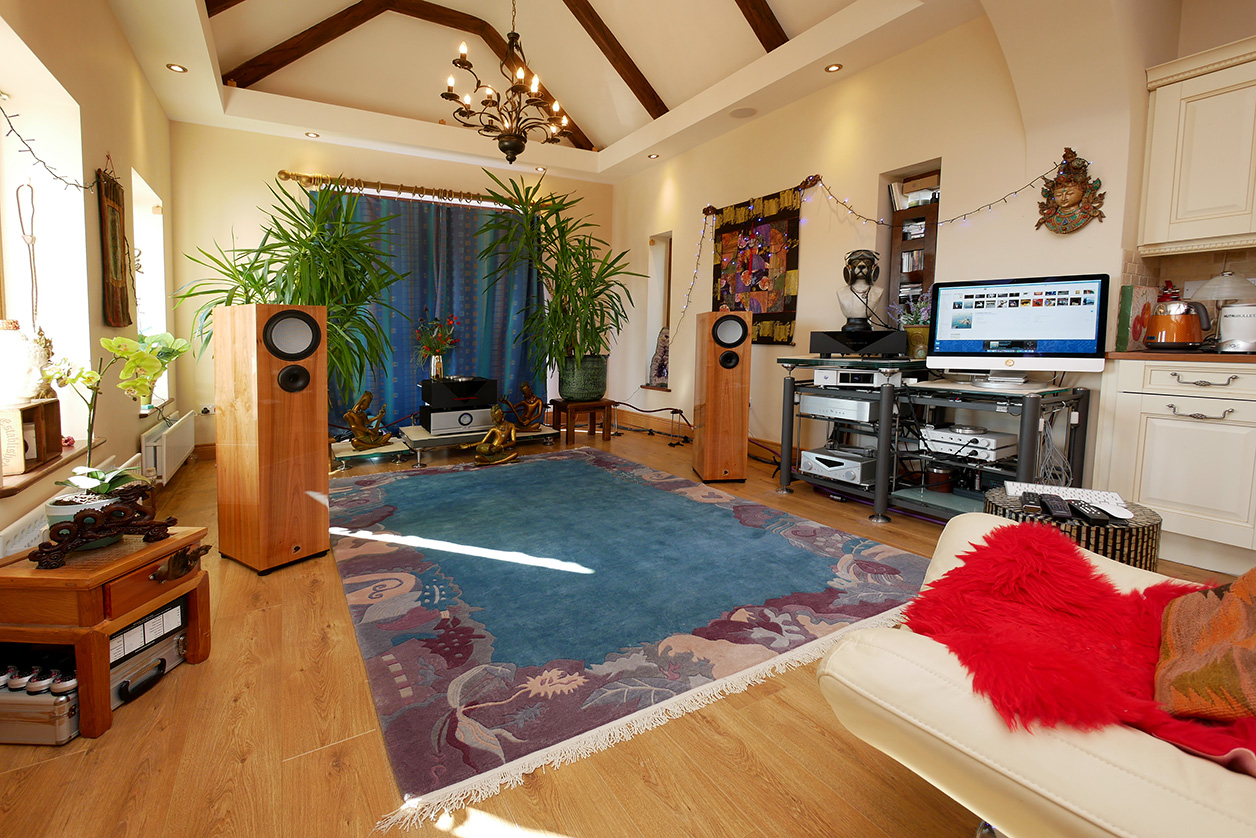 The P1 factored very much like the class A Gryphon Essence had before it. It was earthier, darker and heavier. Top-down illumination diminished to close down my depth perception. It washes a loosely knit wool shirt at 90°C then tumbles it in a dryer at max heat. It'll come out shrunk—that part doesn't translate—and with its weave tightened up like water-proof felt. A tighter weave equals less holes for the light to penetrate. As a wool shirt and sonically, a tighter weave also traps air to get warmer. Reduce my simile's severity for the correct dose and effect.

My present sonic ambition is to duplicate our open-baffle SR1a Raal ribbon headphones with our speaker systems. The P1 moved in the opposite direction. It was more earlier Audeze or current Final planarmagnetic; more late autumn than early spring. In class D, Sven's petite P1 joins the general S.P.E.C. aesthetic. Germane to my dislike of dry/overdamped class D interpretations is that his amp cancels such concerns. On textural generosity, it behaved far more like a big push/pull KT120 amp whilst running barely hand warm. 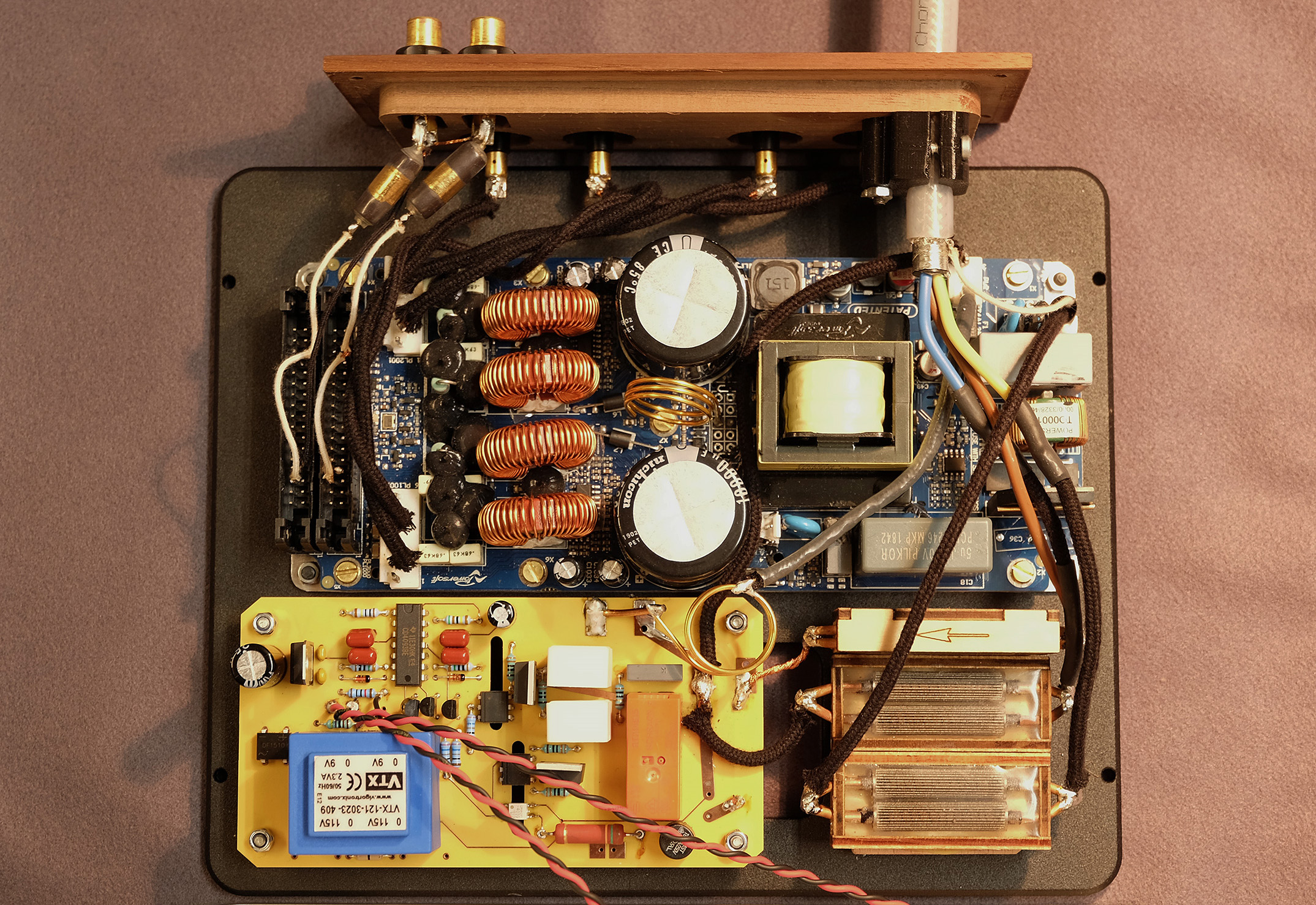 Is lots of air just a bad hair day? It's a serious question. Sven's sonic references are his own location recordings. Those aren't typical studio productions. From that thinking shoppers predict that Sven's amp probably won't be tuned for maximum air or close-up treble. To capture those at fullest power before distance dilutes them requires microphone proximity. During an acoustic live gig, only front-row listeners remain in the air zone if already at its perimeter. With an amplified gig, the entire audience can be involved. In my experience, PA-enhanced performances simply tend to the bassy. They prioritize the opposite bandwidth. Whether you're a treble- or bass-first listener should depend on your concert experience; whether your music library is weighted toward close-mic'd studio productions or Waterlily/m.a purist affairs. If you're a treble-first type who enjoys the sheen, gloss, zip and zing of nearfield HF and their influence on our perception of speed and spatial cues, the P1 will feel milder, mellower and slower.  Now the harmonic sprays around cymbal trills, violin flageolet and such get less brilliant, exposed and elongated; rhythmic incisiveness and urgency milder.