Hi-res wireless. If a picture is worth a thousand words, here are two iFi block diagrams to make that difference. It's how visitors to your digs can bring their own tunes on a smartphone, have instant sound from Aurora yet not throw away bits at digital decimation. According to iFi, switching their output stage five times faster than mass-market competitors is your second guarantee at higher resolution. Their superior output filter is the third, categorical avoidance of DSP beyond on-chip D/A conversion with their Sabre chip a fourth. Four square makes a solid foundation. 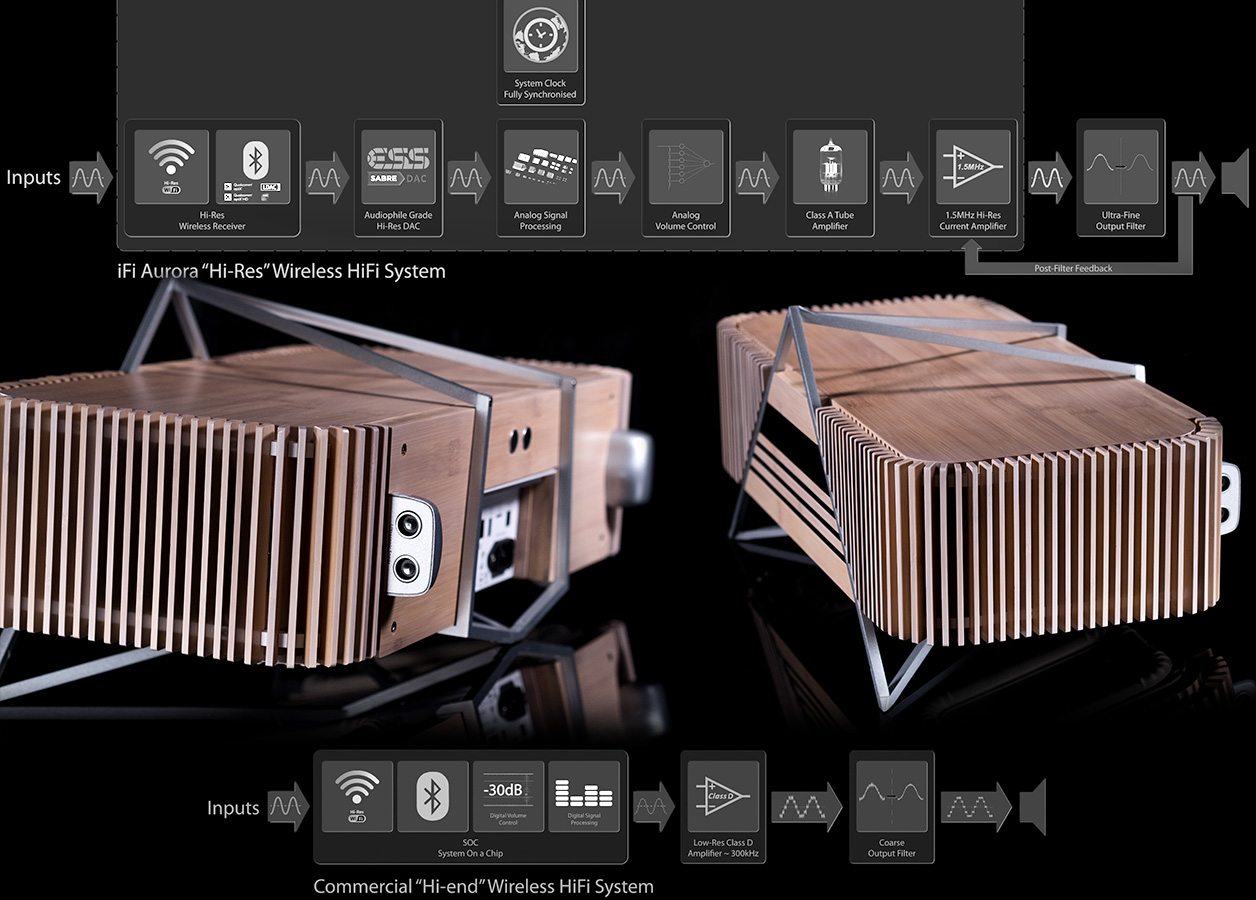 Delivery in a retail box with full external printing and professional styrofoam cradles had white UK and EU power cords, replacement plastic protectors for where the metal tripod contacts your furniture, the remote control and a quick-start guide plus longer owner's manual. 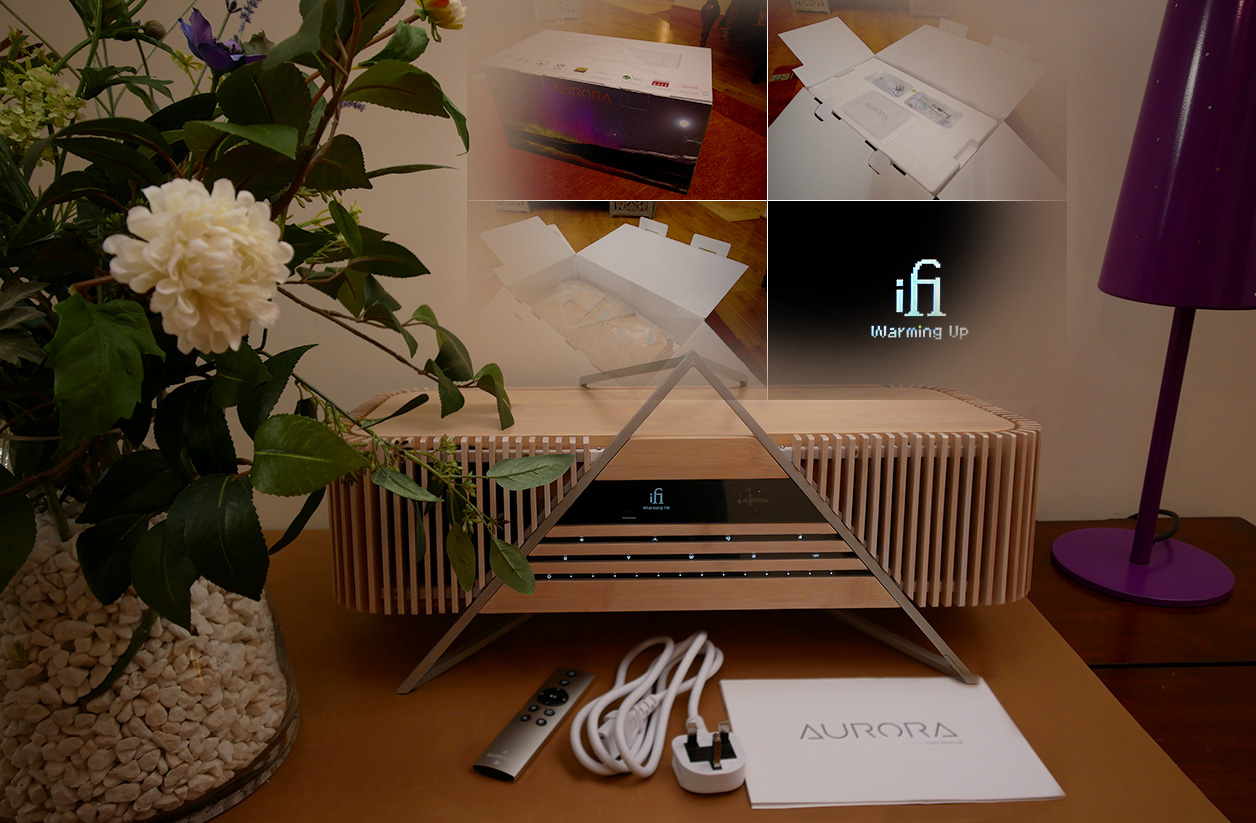 After boot-up tracked by the display, a voice prompt asked me to pair a Bluetooth device so out came my cellphone. Holding iFi's wireless button, it entered pair mode and within seconds showed up as 'iFi Hi-Res audio' on my Samsung's Bluetooth menu. I had instant sound. The strong microwave radiation simply mushifried my brain in a hurry. Think 'wet noodle' syndrome. Past checking off that Bluetooth worked as advertised, I couldn't do any wireless auditions. If that's your primary interest where you need to know how well the necessary Müzo app works, I can't tell you. Even in wired mode via RCA, Toslink or coax, "the BT module doesn't turn off until Aurora turns off". Without bidirectional engagement, I felt the radiation effects less but some. If you're very 'wifi allergic', you'll want to check on that just to insure that in your default wired mode, you can deal with Aurora's always active Bluetooth transmitter. 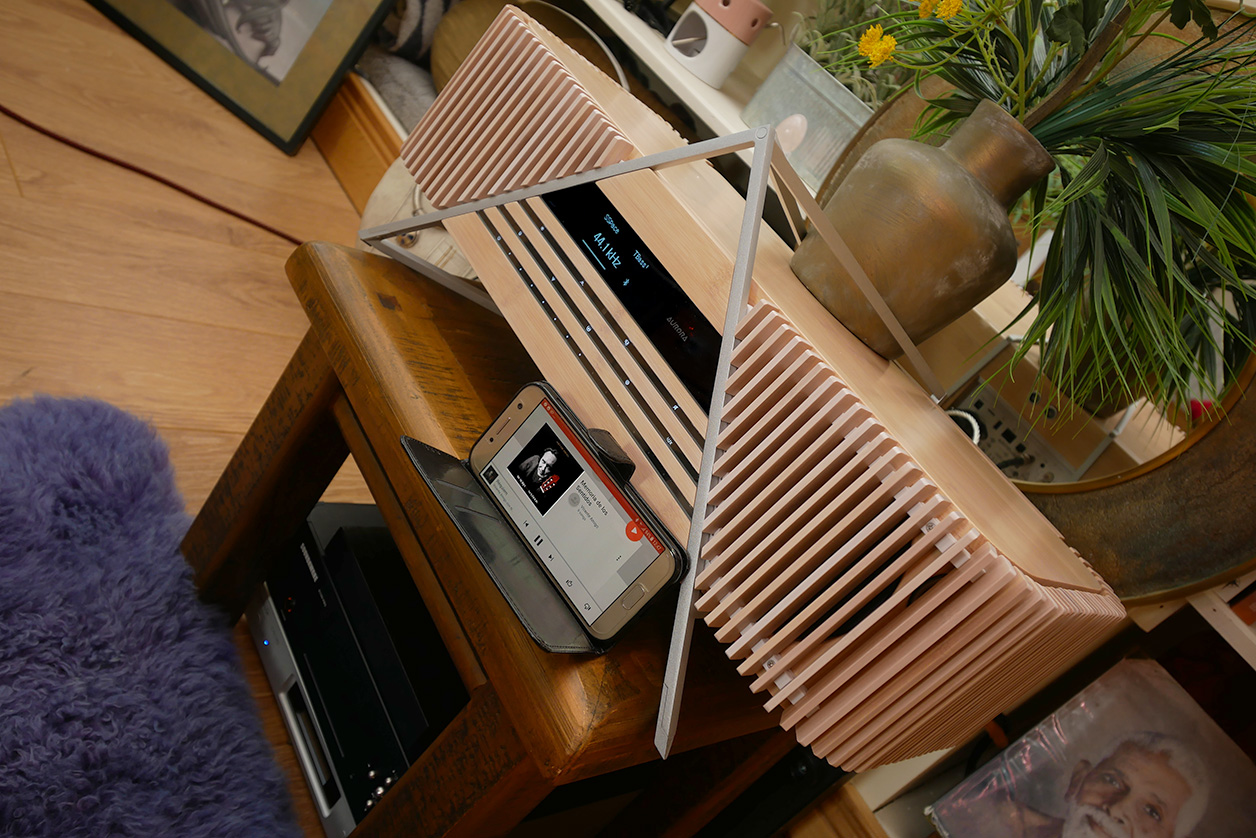 Out with the phone then, in with a Chris Sommovigo Tombo Trøn S/PDIF cable. This pedigreed link forwarded digits off a 128GB SD card as read by a Soundaware D100Ref. Its on-screen menu and IR remote meant I could navigate the many file folders on the card without an app on a wireless tablet. While I can't separate sonics from physical radiation discomfort, I did think that coax sonics trumped Bluetooth by not a small margin.