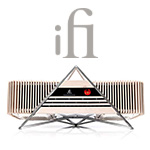 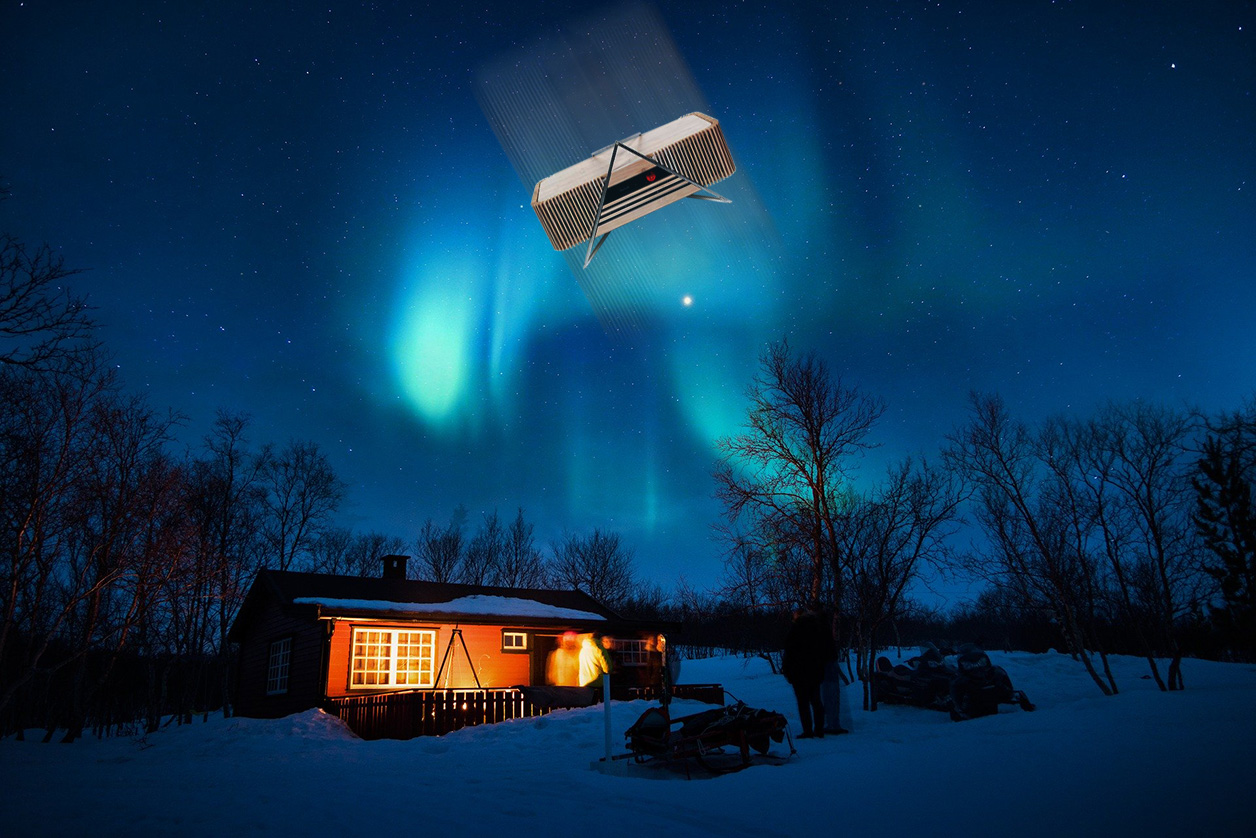 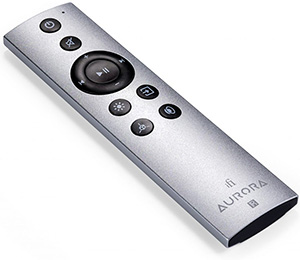 Can you see the northern lights from Glastonbury?
With iFi Audio's Aurora, you can hear them from anywhere in the world. Just aim a remote. That's what this advanced project, originally code-named Glastonbury for the popular annual music festival in the UK, is called now that it's in production.

It sits in a sustainable bamboo chassis which nattily hovers in a pyramidal aluminum frame based on a concept by French designer Julien Haziza who apprenticed with Philippe Stack and was inspired here by the architecture in Tokyo's districts of Omotesando and Harajuku.

Eight drive units including two passives are managed by a 32-bit ARM Cortex microprocessor then driven by a hybrid 6N3P-tube/class D amp of 320 watts total. The latter's 1.5MHz switching frequency is sync'd or clock-locked to the 32bit/192Hz ESS Sabre D/A converter's sample rates. The output filter's bandwidth is 300kHz, the amp's 150kHz. The suppression of switching noise is 120dB.

Grandpa's vintage class D this isn't. In fact, it's derived from an aborted AMR product. It's proprietary albeit benched tech that here finds itself revived for a more 'mass-market' product. 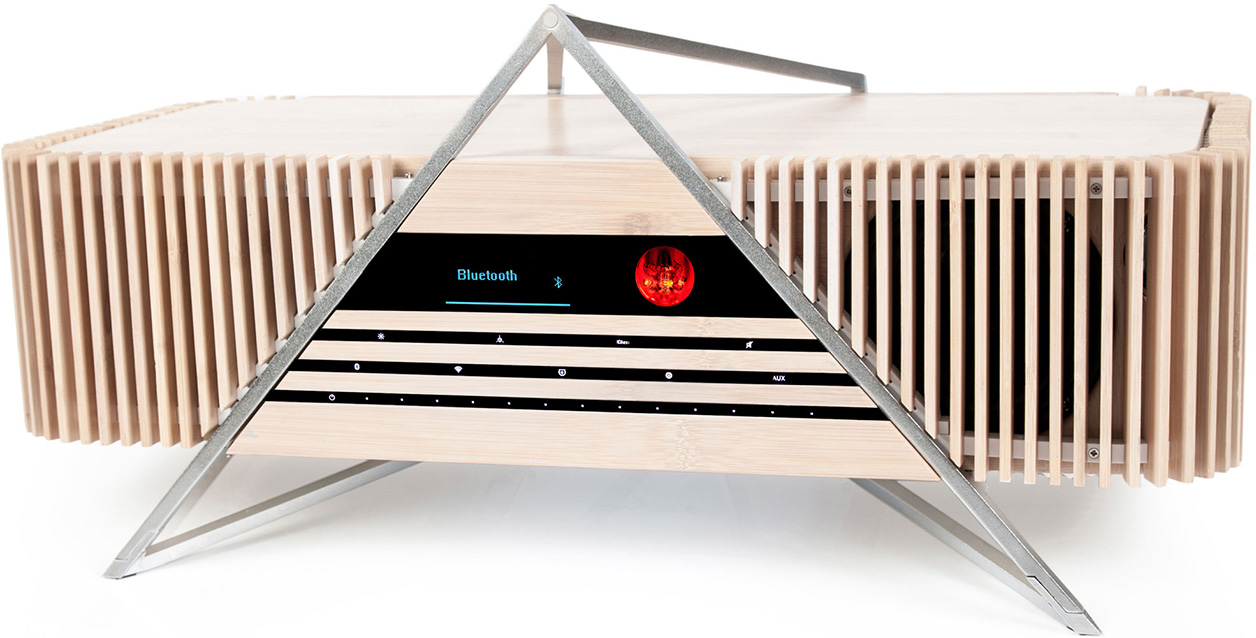 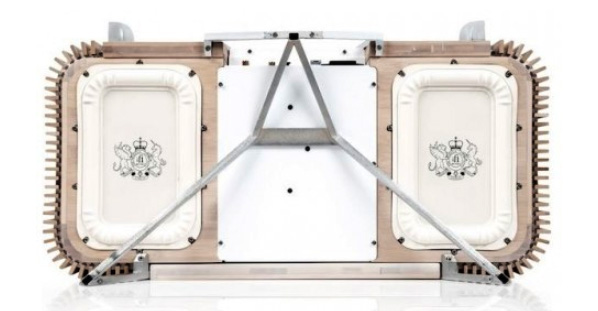 Touch-sensitive controls and an Oled display add a very modern interface. Four 12cm long-fibre coated paper widebanders previously seen in iFi's Retro system cover 60Hz-8kHz without any filter. Two fire out the front, two to the sides. They're steered by a 3D matrix for the widest possible soundstage from a compact box. These widebanders are augmented by one 28mm silk-dome tweeter per side to add 8-35kHz via a shallow 1st-order high-pass.

Upon a button push, the lot's interaction with your setup gets checked with ultrasonic distance sensors (2/ea. to each side, 2 out the back) to trigger purely analog correction. This purist approach shuns DSP and negative feedback to dial in best response linearity.

Aside from WiFi and Bluetooth, there are Toslink, coax, USB host and Ethernet to cater to hardwired digital sources. A 3.5mm stereo port plus regular RCA pair handle analog and a micro slot takes SDHC cards.

It all turns Aurora into a very hi-tech proposition for the table top. Multiple units can even be linked for whole-house distribution. These surely are northern lights you can see from anywhere on the globe. 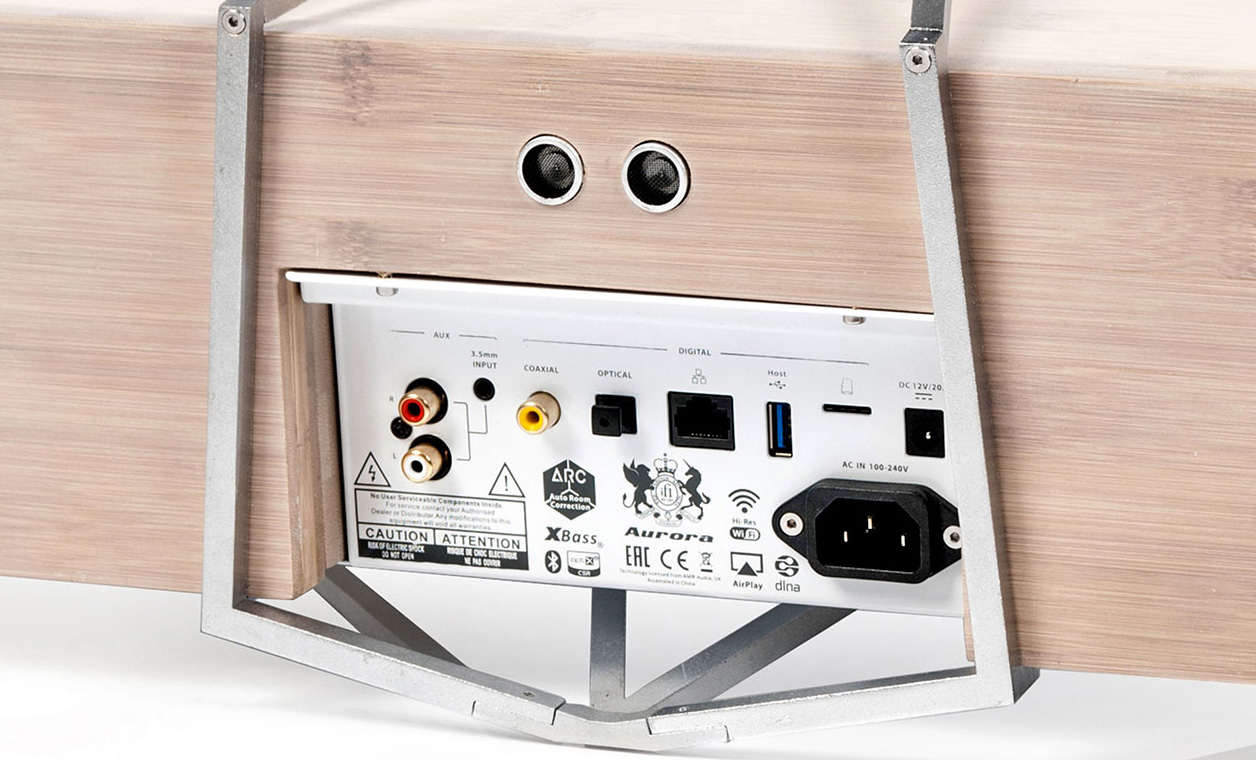 In the old days of blaxploitation flicks, this would have been a mega-futuristic ghetto blaster. If you supply 12VDC, you could still pop this one on the roof of your low rider and drive real slow to steer up trouble in the 'hood. But you'd waste those very smart analog optimizations. An anechoic chamber mocked up by playing a small or even big hifi system outdoors won't sound very good no matter how smart the design. However, a boat or log cabin with a 12V feed would work just swell.