Interview. We saw iFi's Victoria Pickles opening the launch presentation in the last video. She's very protective of their designer's time so my questions to him and his answers to me would go through her. "Thorsten, one of the more unusual aspects for Aurora is the clock-lock concept and using an output stage that switches at 1.5MHz. My understanding was that standard Mosfets weren't fast enough for that until we had the newer gallium-nitride parts. I recently heard two expensive class D amps with GaN. One of their designers was involved with Infineon when they first created these parts. He explained that while his output stage and power supply can switch at 1.5MHz, he hears no sonic benefits but faces switching losses to run the parts hotter than necessary. He finds 550kHz the ideal switching speed both sonically and operationally. This could be a good jumping-off point for your opinion and implementation on the matter, including using one clock for D/A conversion, SMPS and output stage.

"Then there's your analog-domain room compensation enabled by distance sensors. That warrants commentary since pretty much anyone else would use heavy-handed DSP for that job. Finally, I've never seen or heard of passive radiators involving iron in their membranes. Of course yours face down and are pressure-loaded by whatever surface Aurora stands on so it stands to reason they see higher deformation forces. And with limited space so smaller radiator size, yours probably need to be quite heavy to work at the intended bandwidth. Some talk on those parts could be interesting as well. Also, if you have any photos of Aurora assembly or certain parts like raw drivers, I bet readers would love them." 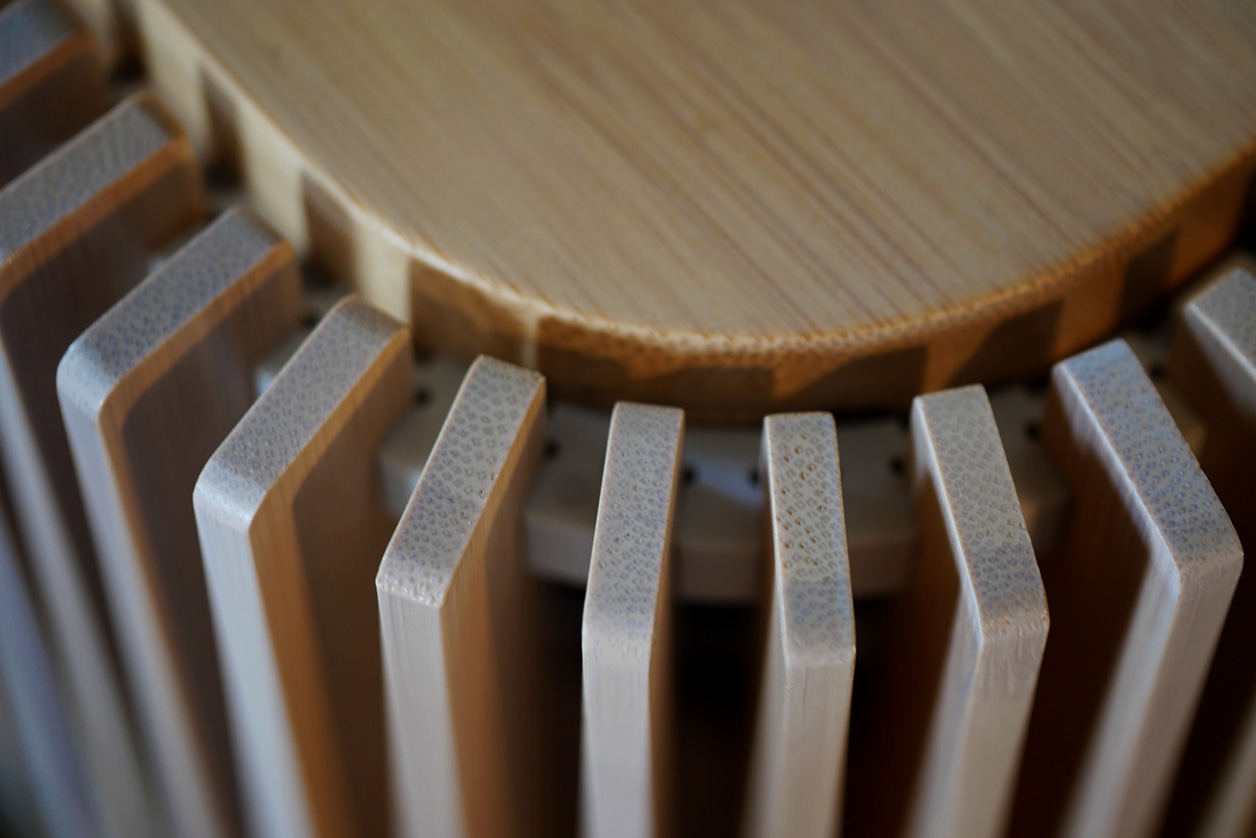 That was my simple question set to Thorsten. Even on iFi's website, Aurora pulls down from a Lifestyle tab. This could suggest fashion over substance. But this 2020 take on a fancy table radio is far too tech heavy not to call out innovation when it factors. iFi's own copywriters are old hands at buzz words. However, hiding Aurora under this tab nearly smacks of underselling seriousness of concept and execution. Thorsten should prove the perfect antidote for any misconceptions.

Thorsten: "There are many techniques to achieving a 1.5MHz switching frequency. Running a single device at said speed is only one. Aurora uses other advanced approaches to achieve it and truly runs at 1.5MHz which is no gimmick. The ultimate resolution of the amplifier depends on its operational frequency. The higher that is, the better its resolution just like DSD64 vs DSD256. The clock sync of all elements in a system significantly reduces the unwanted beat frequency and considerably reduces overall system noise floor, hence benefits clarity and sound quality.

"At iFi, we are always of the opinion that if we can use ASP, we won't use DSP. In most cases if not all, it will be costlier but the sonic benefit is justified. ASP doesn't create any undesirable artifacts which a DSP system inherently generates to often make the sound feel processed. As Aurora goes loud and low, the 25-60Hz radiators tuned to 18Hz to avoid the response loss at self resonance must withstand tremendous force so be very rigid to not deform under stress. Although a plastic membrane would have been a lot cheaper, it wouldn't have provided the rigidity we needed, hence we use alloy metal membranes."

As Victoria added, "it goes without saying that there are bits of the 'secret sauce' we like to keep to ourselves. I also wanted to add a little note about voice activation. Aurora can easily be hooked up to an Alexa product like an Echo Dot or similar via the 3.5mm input. We didn't add it because it would have limited us to 44.1/48kHz!"

Aurora's signal path is "the analog signal of an ESS Sabre 32-bit chip which feeds our analog signal processing with system clock sync. From there an analog volume control goes into a Russian 6N3P valve which adds voltage gain. Now our current multiplier multiples the valve's current several thousand times in a highly efficient 320-watt switching circuit with -86dB low-pass circuit and post-filter feedback loop. Our SoundSpace circuit combines our drive unit array with a proprietary matrix which adjusts the output from specific drivers at certain frequencies to produce an immersive room-filling performance with a soundstage that extends beyond the confines of the cabinet with expansive width, height and depth. TrueBass is another proprietary sound-tuning technology strictly in the analogue domain. Dual-level depth control means that you can adjust the bass response according to taste down to a deeply impressive 27Hz with power and poise." 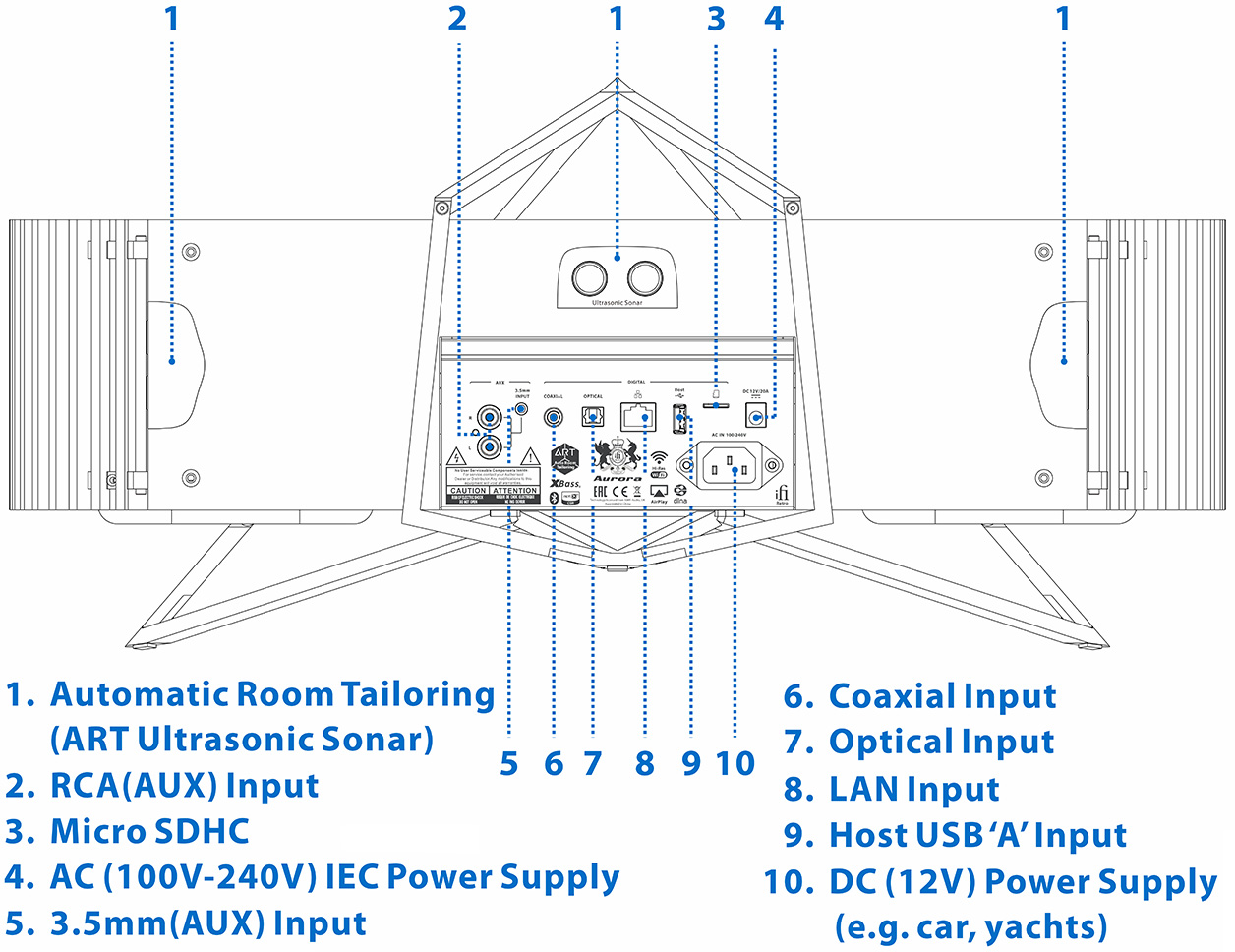