Intermission. Tube amps clone transistors. Phono emulates digital. Multi-array headphones mimic how speakers behave in a room. Don't see the point? Then ER makes your point. It sounds exactly like what it is: a thin-film planarmagnetic. It doesn't rewrite the game. It doesn't pretend to be anything other. I believe that Oleh embraced this transducer type precisely because its signature strengths match his sonic priorities to perfection. Selecting the right tool for the job isn't just common sense. It's honest. A customer understands the tool's purpose. There's no confusion. No weird hammer doubles as screwdriver. Here very short wavelengths of high frequencies come off a larger diaphragm tucked behind a slotted carbon plate. Such treble must differ from how a small dynamic dome does it; or a fully exposed aluminium ribbon which is the voice coil to require no extra mass of bonded traces. As hifi connoisseurs, we can sample dynamics, orthos, stats, even hybrids. Any journey sets with a first step. Each of these types has its own sonic profile. Designers may nip and tuck but the playground across which they can do plastic surgery is determined by the first step of transducer category. 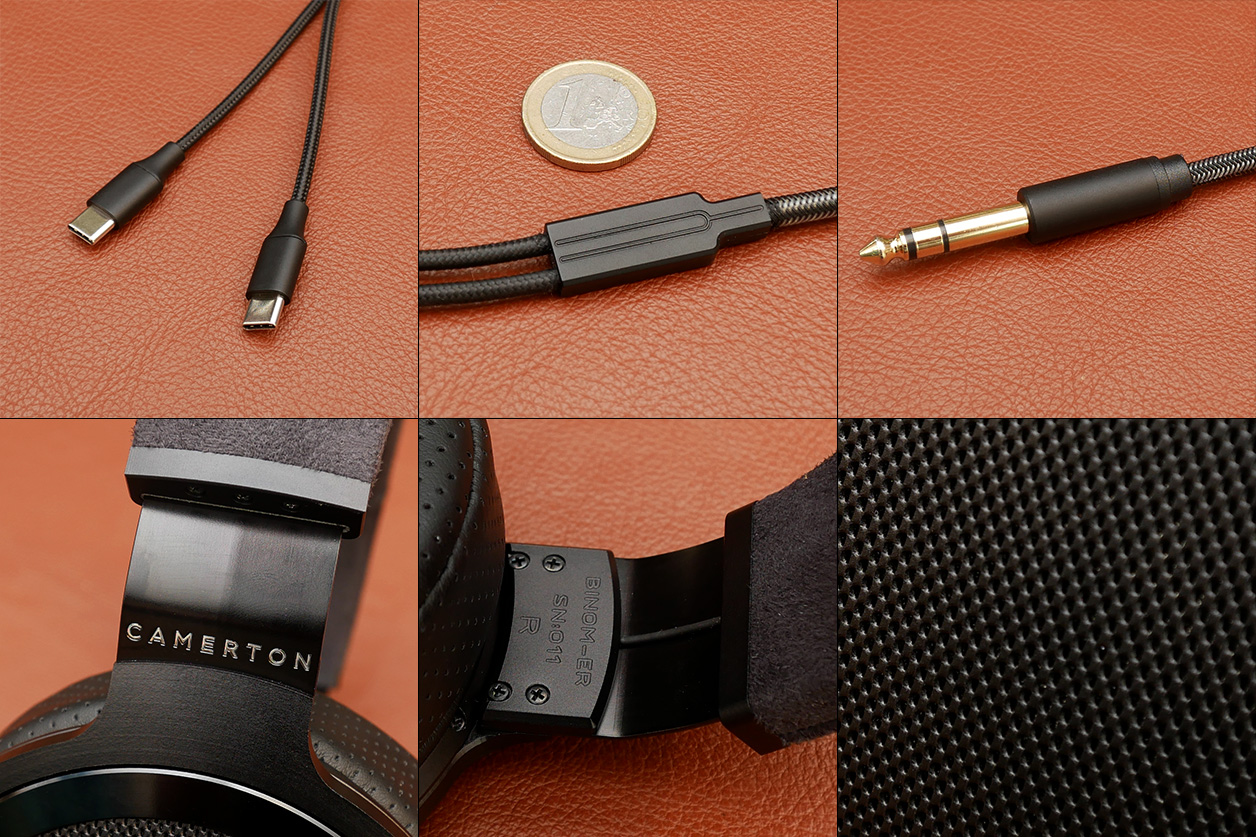 The channel identifiers hide discreetly on the inside slider ends. Right above them we see the bidirectional hidden wire.

Just because we sampled them all doesn't imply the existence of a perfect amalgam. By opting for one of them, that door opens. Others close. Now it's an academic purely abstract exercise to dream of combining all their disparate virtues by eschewing all their attendant weaknesses. Explore the options. Make a choice. Stick by it. Don't stray. Or go assemble a harem and visit a different beaut each night. Those were my ruminations whilst working on this gig's next part. Even reviewers—especially reviewers?—need a reality check. If self-administered, so much the better. As we check the reality of the mobile cable's single entry, we could struggle to catch Oleh's cup-to-cup wiring in flagranti. Looking closer, we then see that what looks like a groove in the slider is actually a small ridge. Voilà, the hidden wire. Now we appreciate how the standard cable feeds each driver twice: once via its own USB plug, then via the other channel's USB through the headband. Twice the signal for double the voltage? Extremists shall instantly bark about disparate lengths when the hidden feed is ~37cm longer than the direct one. Doesn't that incur time smear from delay like mismatched speaker cables? I'm bad at math but offer a guess. Signal propagation speed through Oleh's wire vs. less than a half meter extra length probably amounts to bupkes. Even without disassembling the ER which I'd certainly not do with loaners, clearly more goes on than is apparent to the naked eye. One could get wires crossed just speculating about the lot. Here's a personal spec. Why did the shallow pads of the original renders grow to more than twice the depth in actual production? Aside from tonal-balance reasons, surely also to increase headstage width. Directional transducers can't really stage wider than their placement sets up. With its final plushies, ER really stages admirably wide. It expands our ears' wing span by about the thickness of two fingers on each side. 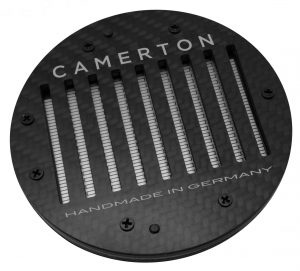 Comment #1. After a few multi-hour sessions, I found comfort very high. Though I did eventually develop skull chafe—that minor irritation from any object being in constant touch—simply moving the headband forward or back started me fresh all over. With zero slip potential, I could even wear it at the very edge of my hair line well off center.

Comment #2. Particularly on my desktop where I must hear myself think to work, I found ER's coming-on-song volume a bit higher than usual. These aren't true whisper wonders. To arrive at full fruitiness walks through paler more opaque zones before the sound arrives in full. That's true for all mechanical transducers. After all, their moving mass can't be zero. There's some inertia to be overcome. Some drivers simply hold together better as one chokes their signal voltage. On that score Final's D8000 lasted somewhat longer. The ribbons of course move rather closer to mute than either whilst remaining all present. That's back to disparate driver types.

Comment #3. Having a few months prior changed the color of two red leather chairs, I saw how successive coats of special leather paint stacked color solidity. It took three coats just to erase any trace of the prior red. After five we considered the jobs well and properly done. When it comes to tonal solidity, ER too is a similarly diligent painter. Its coverage lays it on equally thick. This color intensity is clearly a major stop on ER's scenic route and for many could be the primary deal maker. 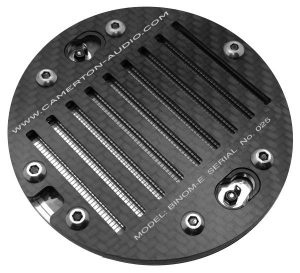 Comment #4. Directly related is how this quality continues undiluted into the bassment. Modern music relies heavily on e-/synth bass whose reach and power often exceed that of most acoustic instruments. This trend really benefits from transducers which are up to such 'unnatural' demands. Whilst ER's classic cosmetics wouldn't let on, this is a thoroughly modern design so truly brilliant on electronica, massive movie scores and other depth chargers.

Comment #5. Also relating directly, such color concentration, materialized density and bass anchoring is bound to delve less deep into overtone haloes, decay flares, cymbal zingers or the white-noise elements of a violin's flageolet. It's like dim sum on a revolving platter. It puts certain dishes closer to us than others. Those that face diners across the table from us require more of our attention to discern. To aged eyes they might even be slightly out of focus. Either way they become less important. In fact, heightened airiness, maximal treble energy and elevated see-throughness would undermine ER's matt earthiness and hung density. To the extent that those attributes are primaries, a more muted treble becomes enabling secondary. Likewise for some wall-of-sound thickness. It's intrinsic to bulk. That opposes lucidity. It's basic dualism.

Comment #6. An upshot of #5 is softened resolution particularly for separation and layering. Rather than retain much walkabout space between images, this stage action interlocks. The more complex and intertwined the musical weave, the more this compaction hinders uncoupling. Uncoupling is how our mind keeps many parallel lines discrete. For those to whom such individualized constancy equals ultimate resolution, ER will represent lesser resolution. This should mostly matter to visual listeners. They use their ears to see into the music. If you listen from a more feeling-exploratory space, you'll be mostly 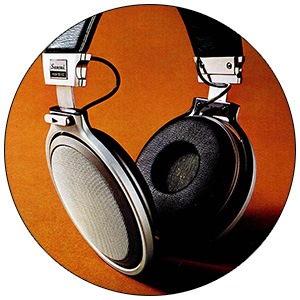 immune to higher separation powers. You won't miss them and in fact not understand their appeal.

Comment #7. An upshot of #6 is how ER's sheer mass appeals to feeling-based listening. It's not about ghosts who cast no shadows. The chunkier and fleshier playback gets, the easier our feeling can accept it as real not make believe. Pooling into the same mechanism is potent sub bass. It enhances the sense of real space and scale. It's one of the main attractors of subs for music. They render audible space and venue scale more convincing. Now our ear/brain takes less convincing. On a feeling level, that equates to a superior suspension of disbelief. [At right, classic 50-year old Sansui SS-100 set whose wiring wasn't as craftily concealed as Oleh's and had no symmetrical connection in the first place.]

Comment #8. ER's emphasis on image density, color saturation and physical heft makes poor recordings rather more palatable. They won't get as chalky, pinched or pale as they otherwise might. The same applies to overdrive screech and generally bright productions. The tamer not fully turned-on treble cuts harshness and bite. If your music library prioritizes popular rather than audiophile productions, that's an asset.

Comment #9. On ER's scenic tour, dynamic shove is surely the other prime attraction. It gives music vitality and swagger. It's another invite or means to bypass abstract distanced watching; to get involved and played by the constant ebb and flow of dynamic motion. It's mere supposition but easy to imagine that Oleh's doubled-up signal feed has a direct say in this elevated dynamic life and its grander scope of propulsion and vigor.

Comment #10. Though unadvisable certainly for long, ER will play unhealthily loud without any indicators of stress. That suggests very low distortion at normal levels which would then point at rigorous engineering not just of the exclusive driver but its mechanical connection to the overall framework. Adding up 1 through 10, once this unexpectedly compact design plays at the SPL where its windows open fully, it goes to 11 by sounding counterintuitively enormous. Except for some necessary physical pressure on ears and skull, the mechanical contraption disappears very effectively from the experience. One suspects that on the mechanical front, Oleh exploits uncommon trickery which will remain nameless while the patent process runs its course.

Comment #11. At stout levels, my desktop's iFi DAC/headamp in medium gain sat at 9:15, leaving monstrous headroom untapped. ER won't send any amp to the emergency room. How about mobile? From those pre smartphone-streaming days when a DAP was any serious sonic walkabout's savior, my Soundaware Esther sat at ~70/100 in high gain. Again I had more headroom than required for full-altitude cruising. Not that I advocate wearing luxury cans in public. But a balcony, porch, plane/train or hotel room are certainly viable destinations for when Oscar Wilde rules and only the best will do. And no, ER didn't sound as fruity and majestic as when juiced from our stationary amp contingent. To reach the highest heights, you'll want a 'big-boy' driver.