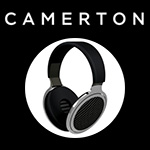 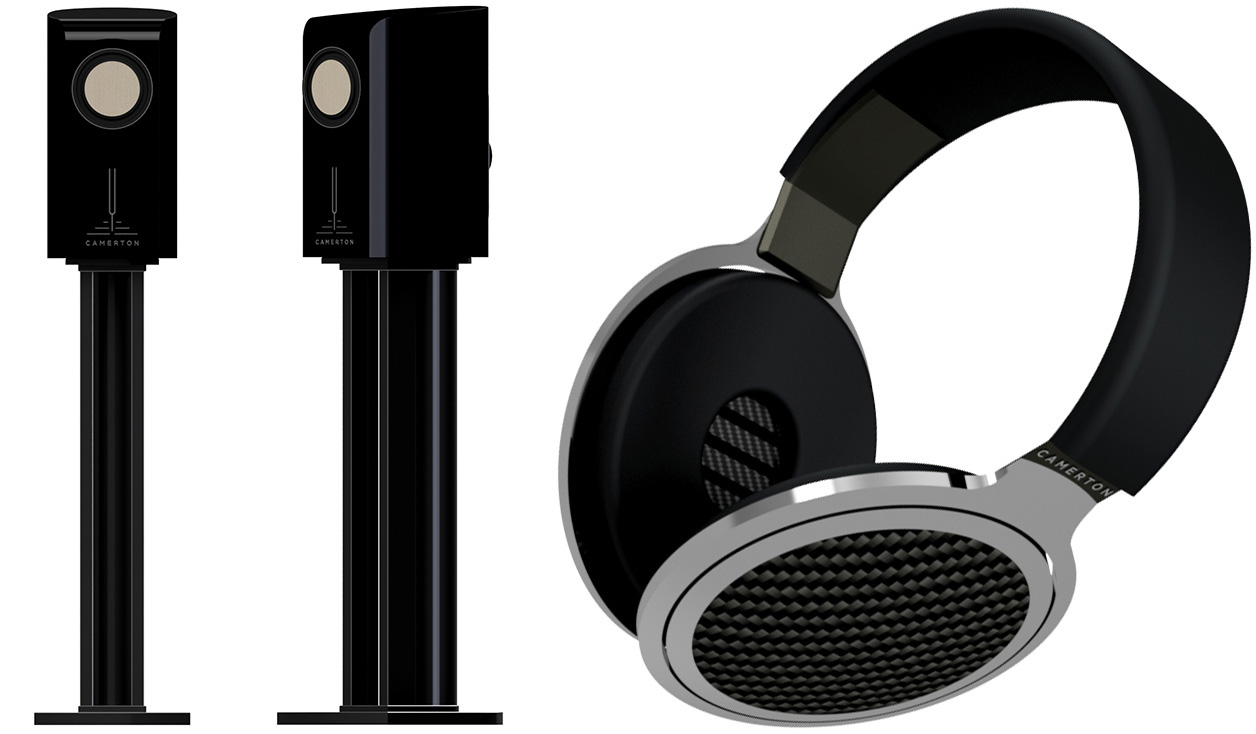 Oleh Lizohub is an expert driver engineer. Having previously worked for a well-known Berlin speaker house, his own company in the same city is Camerton. That's Cyrillic for tuning fork. I had reviewed and awarded his Binom-1 in 2019. That was a shockingly compact piano-gloss monitor with a small ported wideband driver of his own design which really (!) did the 35Hz-25kHz business as claimed. Since then, that driver underwent MkII refinements to become the Binom-A1 Rev.2 at right since reviewed by regular Polish contributor Dawid Grzyb in April 2021. When Oleh sent me a press release for this new driver, I naturally canvassed his website for potential further news. I saw that his isodynamic headphone driver had birthed a fully formed very elegant thin headphone called Binom-ER. Its driver uses a 6μm polyethelene terephthalate membrane covered nearly entirely by conductive aluminum not copper traces which would be too heavy. Those are driven by a super neodymium motor. The driver's support plates are carbon to minimize weight over aluminum. The specs for this thin driver are 8-20'000Hz bandwidth with 94dB/mW sensitivity, a ±5% impedance of 40Ω and weight of 105g.

For the resultant headphone which doubles as the driver's ideal proof of concept, "I designed its entire structure so as to provide maximum isolation of all elements from the sensitive thin diaphragm. This prevents it from reproducing ambient noise coming from the outer surfaces of the headphone. Hence the ear cushions divide into two acoustically isolated parts. The inner ring suspends on a thin rubber isolator. For this, the cable connects to the outer ring of the ear pads and then a special flexible cable connects to the driver. The rigid elements of the ear cups are anodized aluminum alloy and carbon fiber. There's also genuine leather and silicone rubber. Natural  pores in the material are used as an acoustic resistance panel on the driver's back. In addition to the acoustic function, the soft suspension of the ear cushions creates high wear comfort."

The impedance spike at 140Hz coincides with the membrane's resonant frequency.

Given the phenomenal loudspeaker preceding it, I just had to hear for myself whether Oleh had managed to follow up with equally impressive on-ear speakers. The Binom-1 had been costly but finished impeccably to look the part. For his first headphones, Oleh once again reaches deep into our wallet but also pays back with luxury finishing that's fully expected from the established majors like Focal for Bentley but surprises with a far more underground operation. "The next headphones batch will be ready in a few weeks. I'll make sure that you get one as well." That was in February 2021.