After just a few days of listening to nothing but ER, I had come fully around to its version of reality. By not straying, Raal's had become a memory of a memory. Now a memory of Final's Sonorous X came knocking to demand an actual reality check. Aside from its absurd weight hence far lower wear comfort—that's one huge aside!—it did concur with ER's primary job description of painting entire houses in five coats; then calling dynamic shove job #2. It diverged again with a shinier glossier treble and portlier bass. My own takeaway from that brief detour was four-square confirmation. Oleh had indeed married the saturated tone colors of orthos with the pugilism of top dynamic headphones; then managed both down into the bass abyss. That's the nutshell's punch line. Saluting soundstage fans is the laterally rather expansive throw. It counters the anti-headfi section's main complaint. They feel head-locked like non-EU Serbia and CH are land-locked by EU nations. As much as that can be addressed without crossfeed or AKG/mysphere/Raal-style angled open baffles, the Camerton does for its version of a holiday's beach-front getaway. After tone and pressurization, I'll call that its third trump card. Wear comfort becomes its fourth though in many ways, that comes first. After all, if you can't stand to wear a particular pair of cans, it matters naught how good they sound. They end up in a trash can of non use. 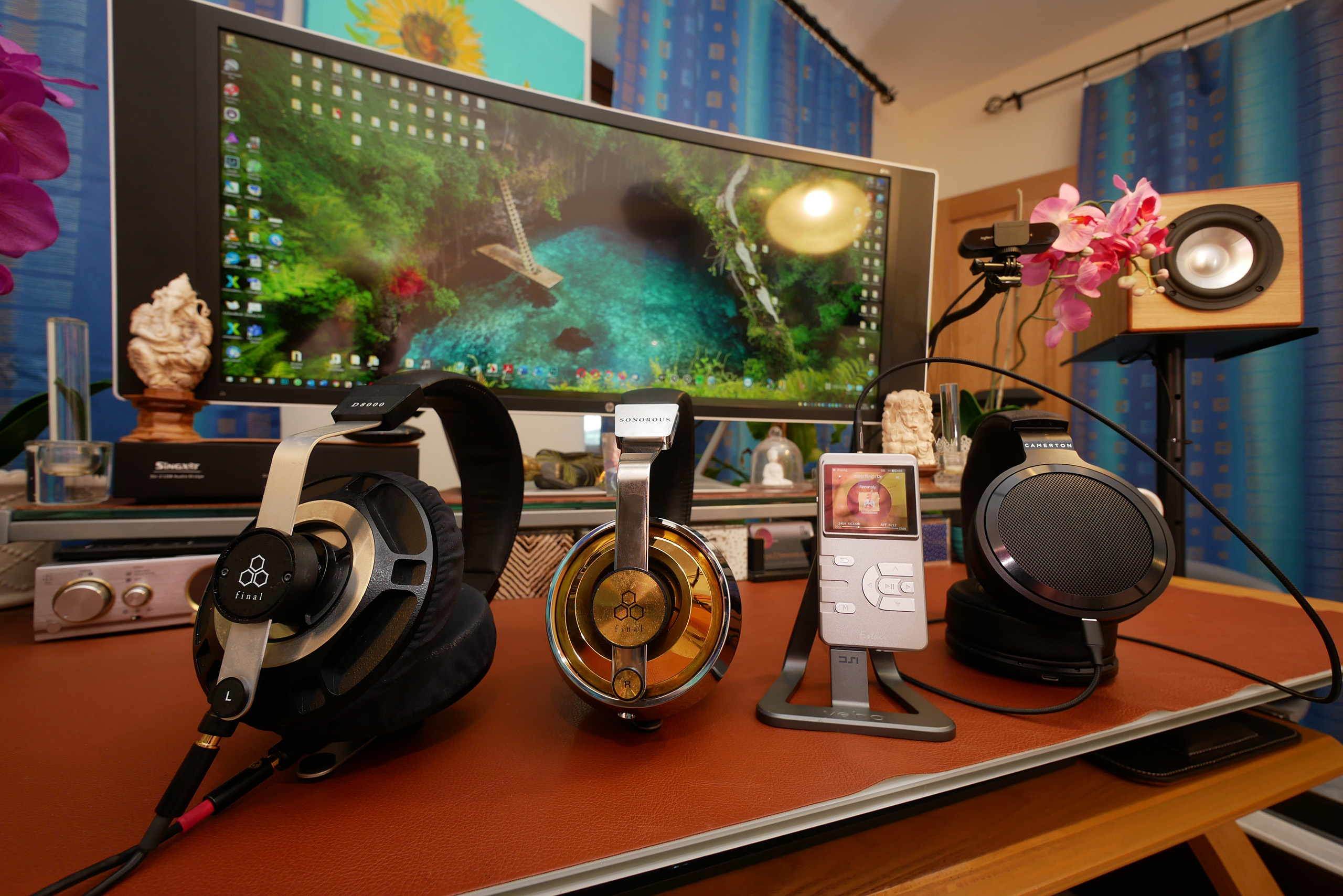 Extended use unpeeled a hidden fifth trump: absentee listening fatigue. Wearing fatigues might be cool in the jungle. On the head it's not. Why spend the long green only to suffer premature ejection from pleasure listening because a forward presence region or overly energetic low treble begins to grate? Rather than a diva-esque tuning for shorter-lived flash, Oleh's is langzeittauglich in German; suitable for extended hauls. That plays the long game. It deliberately sacrifices some short-game brilliance. It reduced the fire in Jasdeep Singh Degun's sympathic sitar strings from the Anomaly album. It downplayed the glassily incisive qanun glitter behind Eda Karaytuc's high vocals. It tamed the hoarse refractions in strained flamenco vocals à la Duquende or El Cigala. It muted the metallic on-string fire flies of nail-plucked guitar arpeggios from Rafael Cortés to Antonio Rey. It tightened the musical weave like a hot dryer shrinks the air pockets in a woolen shirt. Since now I had acclimated to ER, the natural reaction to my alter ego was, so what? Even listening somewhat louder than usual fell under that rubric since it caused zero fatigue. Put another way, ER's utterly non-grating smoothness completely sidesteps homogenized boredom because dynamic urgency and high tonal tyre pressure step into the breach. When gas stations still had pump personnel, 'fill 'er up' was a common request. That came to mind because of how the Binom-ER tops up sonic fullness. It's the same sentiment that reached for tonal tyre pressure. ER's fleshy fullness telegraphs as attractively topped up. Those aspects are so present that whatever moves somewhat into the background to make it so fades from judgment. This presentation validates itself by feeling very complete. Olé, Oleh!

It's self-explanatory that real long-term use and temporary review loaners don't live on the same page. From ownership I know that Final's D8000 steel sliders and exposed steel rims on the cups tarnish while their wrinkly cloth pads acquire the war paint of unavoidable skin oils. The Dubai-mall gold/chrome bling of the Sonorous X refreshes like new with regular cleaning. Without it finger prints and grime telegraph like mad. Oleh's sliders are a special aluminum heavily alloyed with titanium. He eschewed all steel parts to reduce weight. "My coating has very high hardness for excellent wear resistance. To avoid the 'eggshell' effect, it goes on in two stages. First I apply the softer layer. Already that is much harder than the part itself. Then comes the main coat whose hardness equals sapphire. [On the Mohs scale of hardness, sapphire aka corundum equals a 9 just below diamond's 10 – Ed.] Even deliberate scratching will be difficult to do because I paid special attention to this. In addition, this coating is absolutely insensitive to fingerprints. The logos on the sliders made of pure chrome insert into pre-engraved cradles. The finely perforated back plate is another precision element of aluminium alloy. Its ellipse-shaped cells include a horn section for very efficient driver damping. That part is coated just like the other parts to maintain a uniform one-piece appearance." 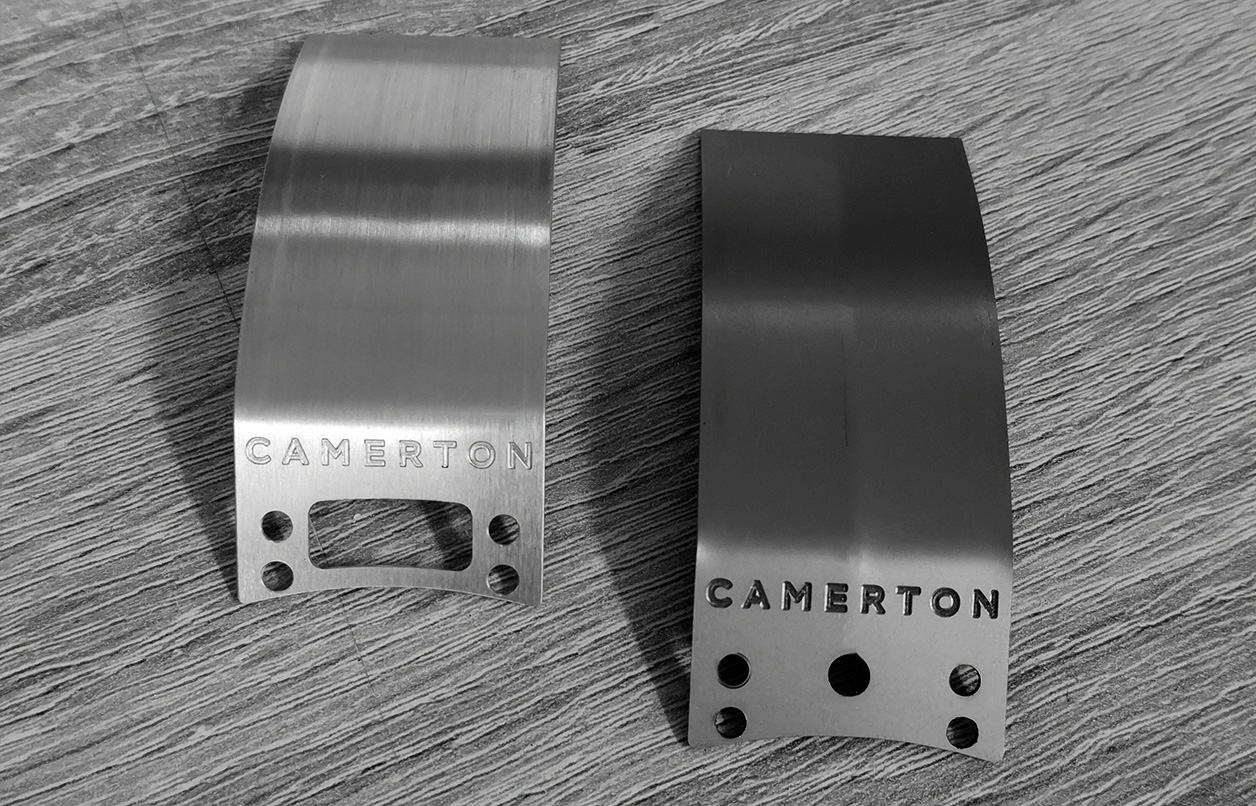 I'd also expect ER's leather ear pillows to hold up far better than the D8000's. Then they're easily swapped come replacement time. On my sample, one end of the central headband's leather unfurled twice so I folded/tucked it back into its narrow gap. Some strategic drops of production glue will secure that permanently. Because the outer headband has a very short pile, a suede brush will easily remove whatever micro detritus might eventually attach itself. Whilst Oleh clearly paid unusual attention to his cabling, inveterate tweakers will predictably want to roll. Here non-exotic USB C plugs make the lives of after-market suppliers even DIYers easy as long as they follow the correct pin assignments. I'd expect Oleh to make available XLR3 and/or XLR4 terminations and custom cable lengths upon request. 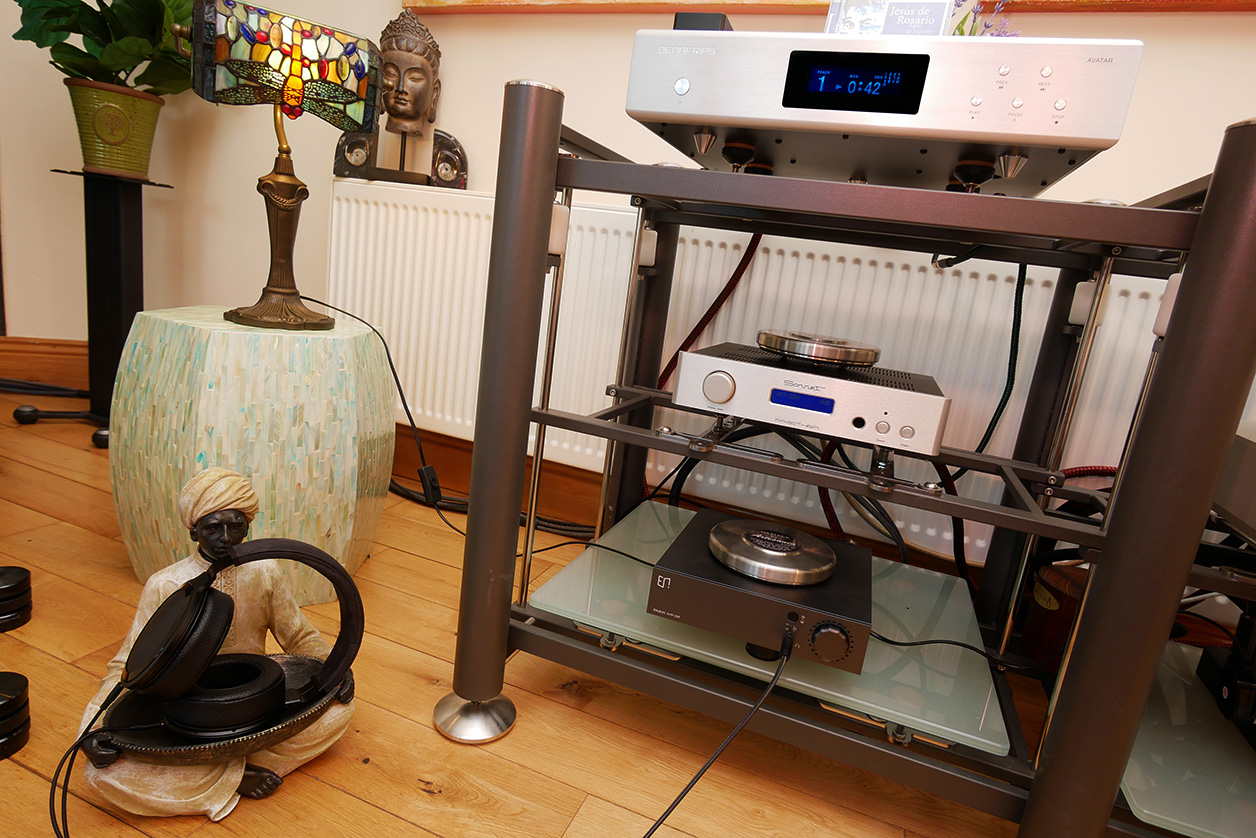 Competition. Having reviewed Meze's two orthos, I filed them away as elevating smoothness over adrenaline. Unreliable as such grey matters are, versus this memory ER's reading in the here/now felt more vibrant and exciting. I've spent no time with the two elegantly styled Abyss Dianas though shoppers canvassing ER's niche will probably consider them over Joe Skubinski's far bulkier somewhat Frankenstein AB1266. Versus my 1st-gen D8000, the Germans are more luxurious. Sonics are similar enough to cross at the same listener. For fluffier spaciousness, the Final have it; for more muscular density the Camerton. At less than half of what HifiMan ask for Susvara's lesser build quality, my favorite option for more electrostatic speed and resolution at the cost of body, saturation and dynamic shove would be Kennerton's Wodan. Given my listening biases detailed in the intro, I'd couple ER to fast wide-bandwidth amplifiers and DACs of equivalent high resolution to inject more top-down illumination into Oleh's tuning. In our digs that meant Pasithea and AMP-23R.

If ER stuck around, that's how I'd have my cake and eat it, too. At Munich HighEnd this year, Oleh Lizohoub's exhibit must have been easy to miss if one didn't specifically search for it. At least that would explain the dearth of show commentary on the new Binom-ER. Now that Camerton's cat is out of the bag, we should see many more opinions shortly to flesh out my narrative. I'll be curious to see how other listeners respond who arrive from, say a Focal Utopia, Audeze LCD-5 or the big Abyss none of which I've reviewed. Regardless, I'm certain that this new headphone from Berlin belongs into all such discussions. Well played, ER!