When direct-heated triode action proved far more dominant than any speaker differences, I looked for an alternate DAC to our COS D1. I needed one with variable outputs that would handle the intended injection of weight yet maintain transistor snappiness. As luck had it, Mario Canever's ZeroUno DAC-HPA from Venice was still on hand. As extra luck had it, that fit my bill to perfection. "Variatons sur un thème", from the Smadj album Spleen (forward to 14:53 for this track), had proper bass slam, William Sabatier's bandoneon juice, the piano felt heavy like the really big instrument it is yet the fine synth-generated stutters and flutters in the background separated out like long eye lashes without any mascara.

As inky as the Dutch speakers, the Italian DAC injected black into the color palette to increase color saturation. Simultaneously it added tone mass, then didn't bleed out timing tension. My announcer's lazy tongue was back on Monday morning briskness. With the Audion minis just arrived, this became the ground of sibling rivalry. When the CanEver had to pack up and return to its maker, our Questyle CAS192 DAC plus Nagra Classic preamp took its place. 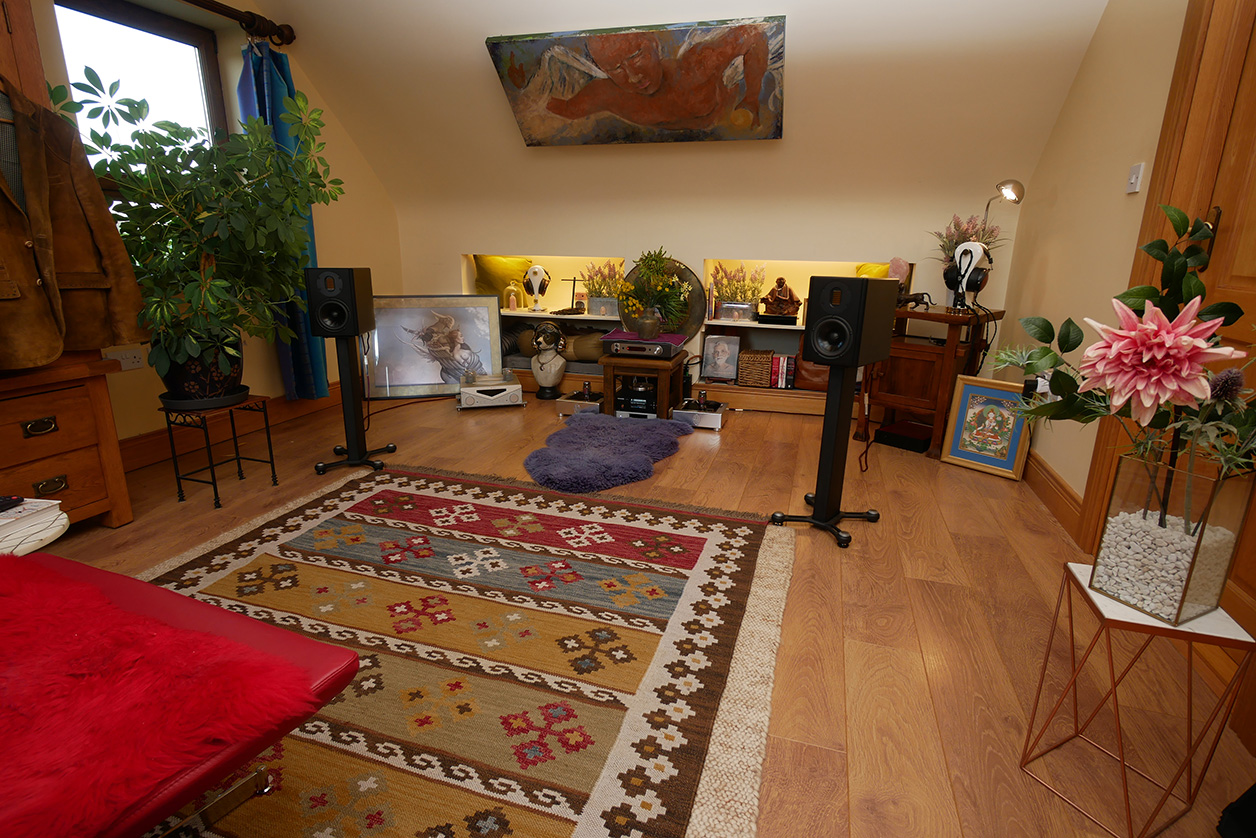 To demonstrate just how small the Audion monos are, I parked them atop one Dutch monitor, all finger prints wiped off with a chamois cloth. 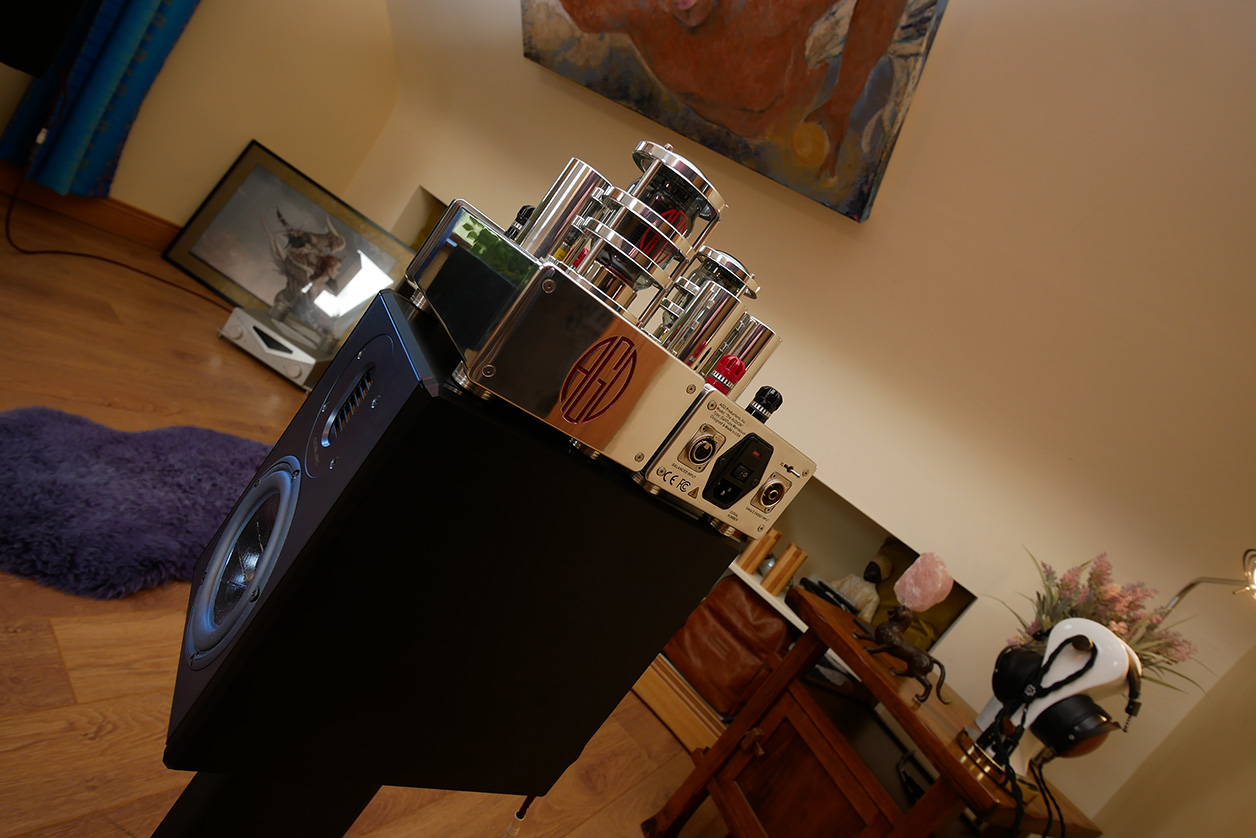 2 x 170w/4Ω amplifiers on the real estate of a monitor speaker's top plate witthout sticking out or hanging over… that's small!

Any piccolo instrument—be it a flute, clarinet or trumpet—shifts up its core pitch over the bigger brethren whilst its tonality turns brighter, shinier, sharper, possibly even glassy.

One wouldn't expect that tonal piccolo morph to hold true for the Audion despite their obvious shrinkage. On that, so crammed is the rear panel that the binding posts had to relocate top deck. The big capacitors didn't fit inside either so joined the GaNTube and terminals. It all compounds the intended valve amp look whilst the gloss finish adds luxury perception. Petite but precious is the underlying message. At €7'500/pr, that would seem key. Being twice as costly whilst using the exact same output stage meant that Vivace couldn't be twice as good. Part of its appeal, aside from different styling, is the hidden gear of its power supply's resettable voltage bus. That will take new more powerful GaNTube. Scaling up power isn't part of the Audion brief. Marketing sense predicts that once the KT150 GanTube bows, Vivace will upgrade to high-power mode to properly differentiate both models. By late 2019, Audion and Vivace were still far more alike and on power only 15/30w into 8/4Ω apart to barely make an argument. How about sonics? On loads like ours, what would twice the coin buy? Would I need to shift to more challenging speakers to give Vivace's bigger power supply room to stretch its legs? Would it be dead obvious no matter what? 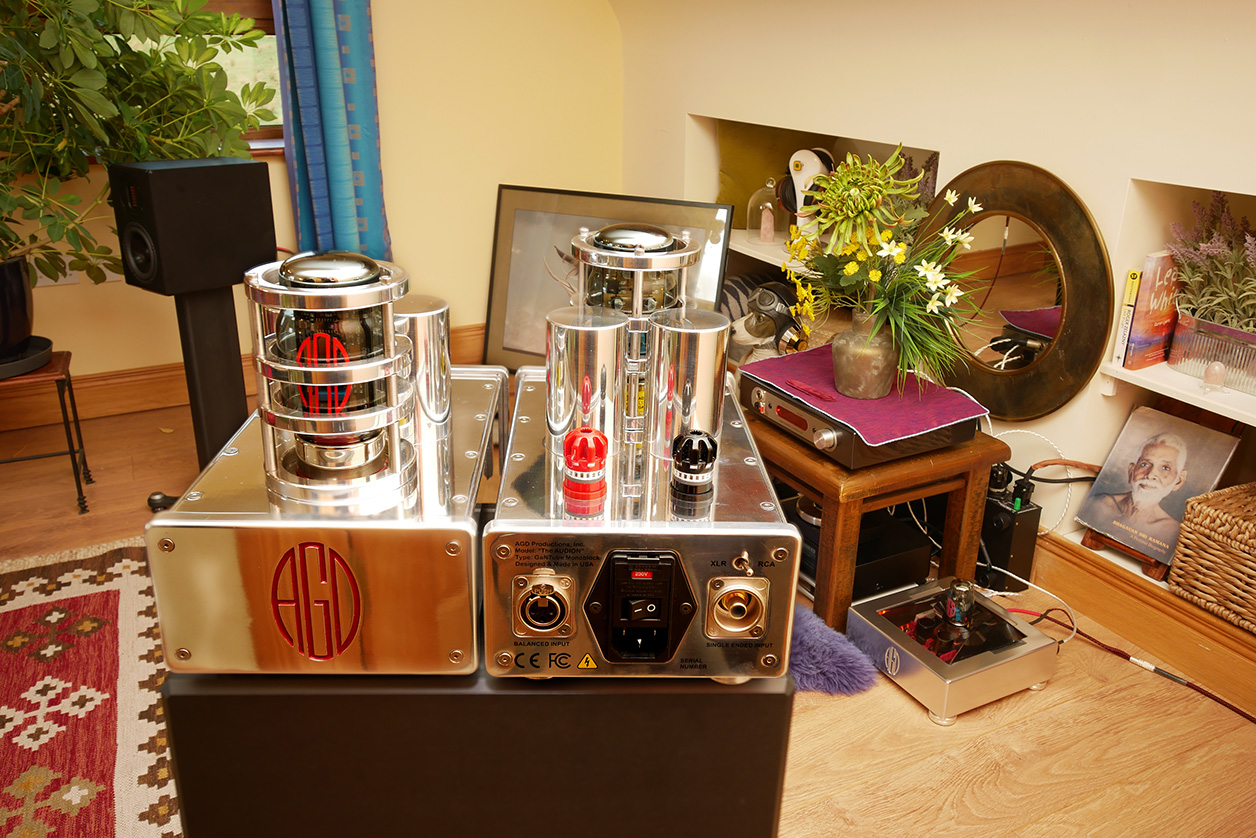 Obvious but not dead. On a short classical piece for example, of Dupin's FWV 62 arrangement of "Ave Maria" as sung by Sœur Marie Keyrouz who here crosses over into non-Arabic repertoire, it was apparent. Faint echoes of the piccolo morph did manifest. Tonally and spatially, the Audion monos played it lighter, more forward and crisp. By contrast, Vivace felt more settled, stately, set back, dark and deep. Both readings were clearly cut from the same cloth. So it fascinated how within the common ground of shared attributes, a small shift could still factor. Being the same yet different was no conflict or contradiction.

If we indulge anthropomorphizing—the attributing of human traits to inanimate objects—we'd call Audion younger, hence a bit more brash, brassy and fresh. Vivace then becomes more mature, so more confident, relaxed and easeful. The attribute of subjective ease represents music feeling more relaxed and a bit softer around the edges. That implies the younger player being more in need to impress us to betray an underlying and self-conscious effort. Obviously these are mechanical contraptions. They don't have feelings or psychology. These are mere pointers at a change in perception. 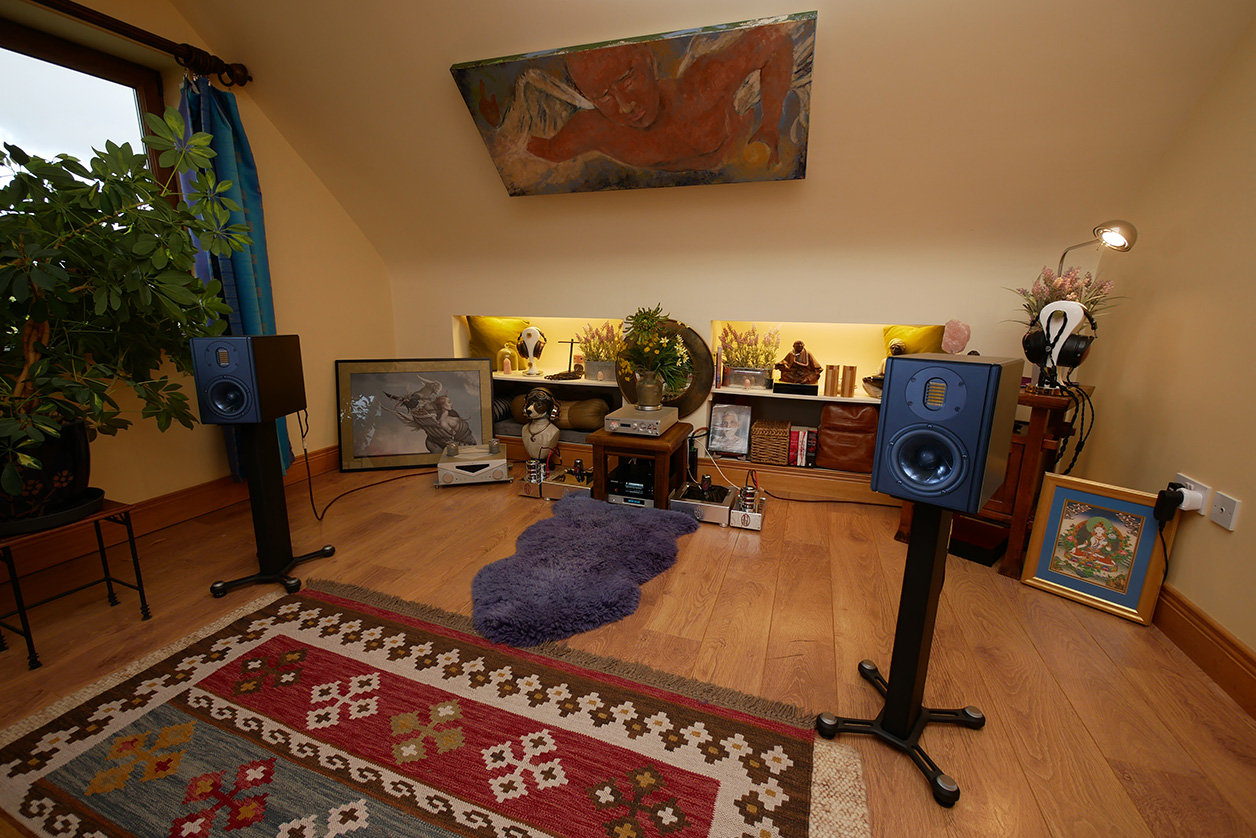 Once I had my behavioral fix on these amps, it was predictable and demonstrable. The more complex the music became, the easier the amps were told apart. Given personal SPL, speaker loads and music choices—super-complex massive symphonica doesn't factor much—upstairs I simply wouldn't describe these differences as discrete quality tiers. I saw them as two flavors on the same level. That said, I did expect that as musical complexity and demands for SPL stability escalate, Vivace could well step out and up into a higher tier. But was moving downstairs enough to separate out the siblings accordingly?