Vivace delivery was via TNT in two plastic-wrapped Pelican 1560 hard plastic cases. The inner foam liners had separate chambers for the GaNTubes which were individually protected in these natty bamboo sleeves. We clearly see the internal back-to-back circuit boards, with the right tube showing off the tiny square heat sink covering up the actual output device. 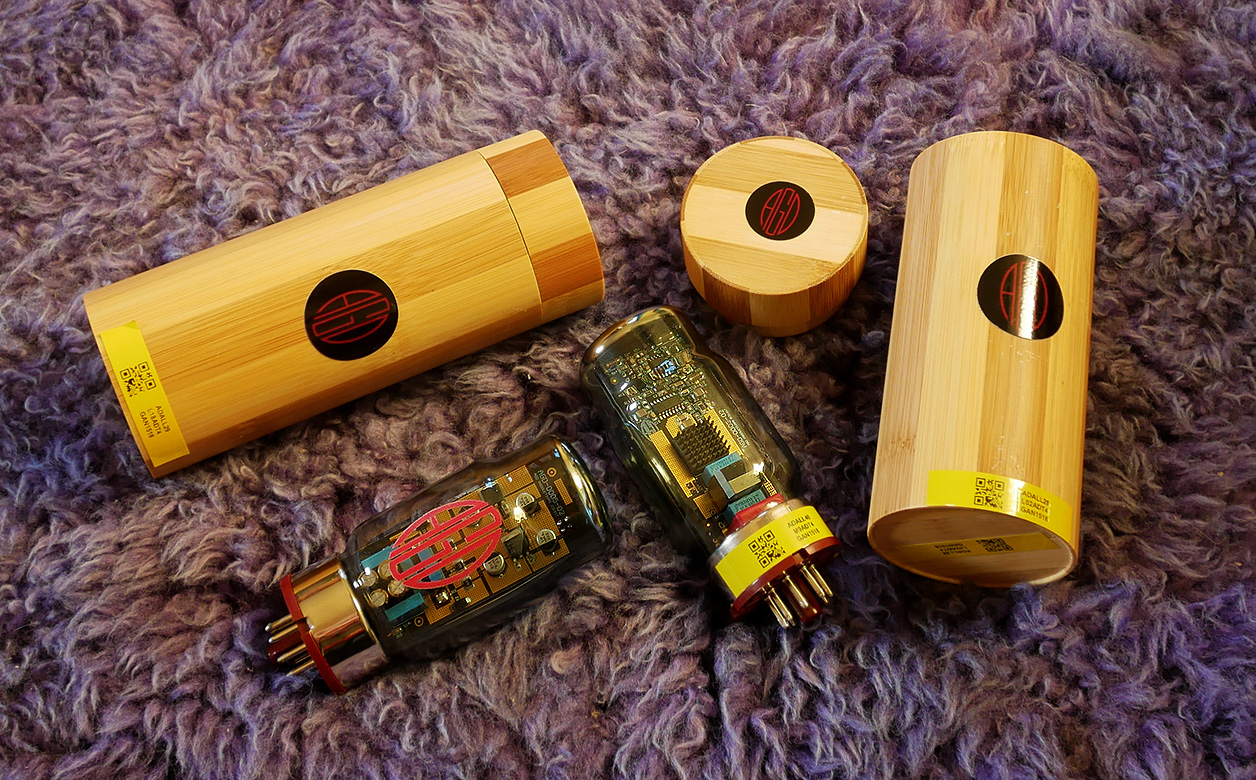 With only the engraved stylish logo on the metal chassis, it's the smoky acrylic which from below carries the inscription Vivace by Albert War. As the anglecized form of Alberto Guerra, it just doesn't conform to either company name or AGD logo. That felt slightly overplayed. "The laser-etched label is not present in the piano black acrylic option." The GaNTube obviously requires a hole in the hood "and is large enough to allow insertion of the larger tube which has the same octal socket but a larger metal ring for the larger glass". Practically speaking, that exposes the lit innards to dust. Because Vivace runs cool as a cucumber, it can be installed tightly. In certain situations, the lack of a standby switch on the front or belly will make reaching the rear-mounted mains switch fussier. "The lack of a frontal standby switch was driven by the minimalist design idea. I may add a touch sensor hidden inside the metal or on the bottom but so far nobody complained and most audiophiles I know typically use expensive multi power-plug consoles that turn on/off the entire system." Finally, the acrylic's steeply angled facets have maximum orange radiation face up. Viewed from the front as you will in the listening seat, most of the glow focuses on the faux valve. That subdues the effect for a dose which struck me as classy not gaudy. 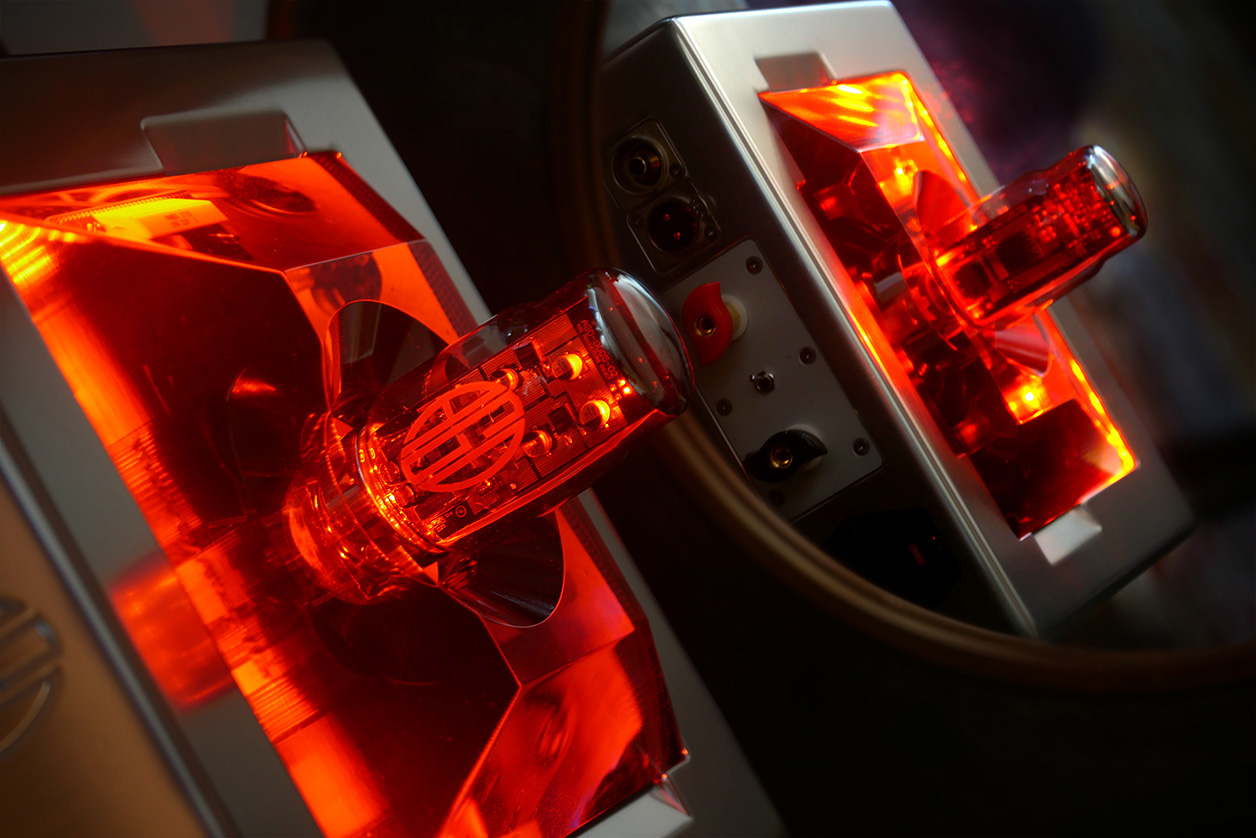 Obviously the more that your ambient light dims, the more saturated this light show gets.

Vivace proved utterly free of mechanical or electrical noise or hum and turned on/off without any burps or transients. 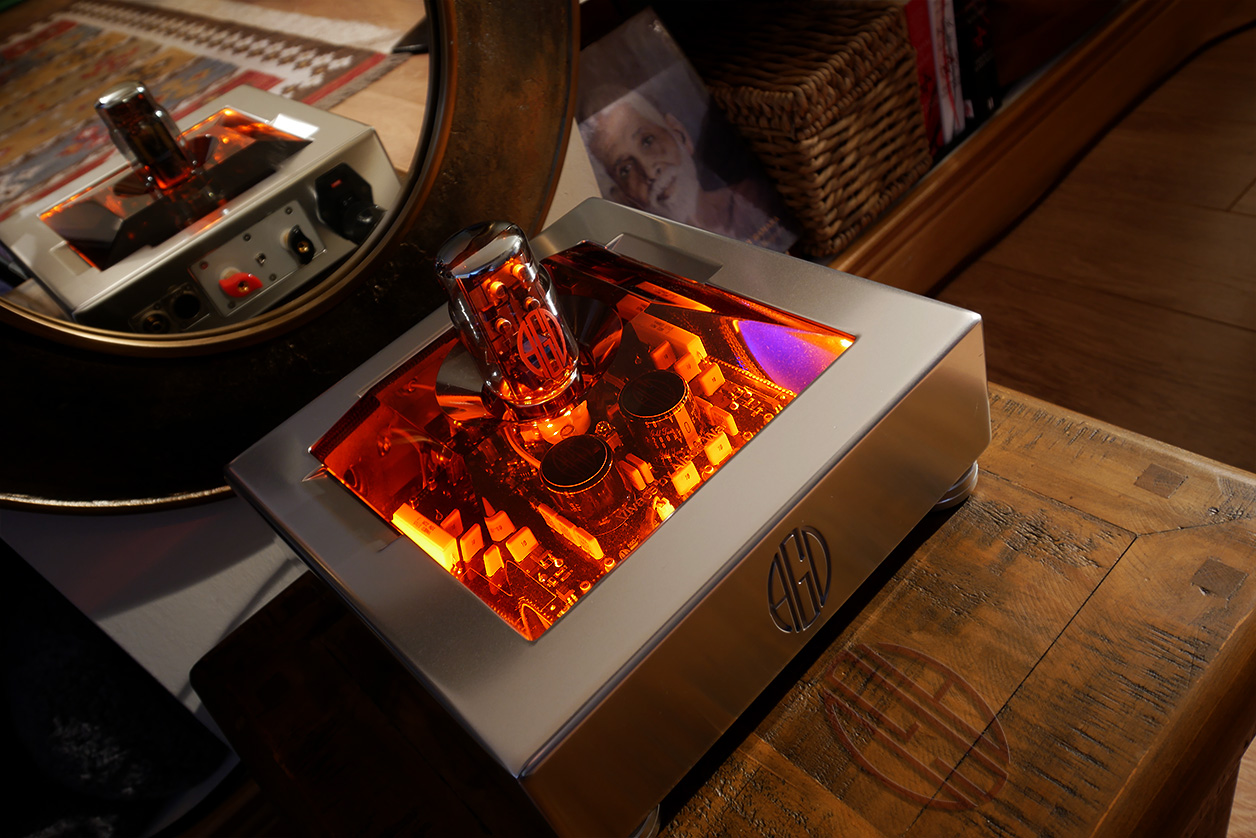 As you see in the mirror, viewed more from the side than top, the angled sides of the acrylic nearly turn black.

First proof of life were Martin Gateley's walnut monitors. From pretty much the first bar, AGD's monos preached the gospel of air, illumination, lucidity and speed. In its upper bands, most class D still isn't competitive with our best wide-bandwidth DC-coupled class AB amps. Vivace reset those markers immediately. Some words carry interesting parts. Ebullient includes the word 'bull'. One nearly sees one charge to arrive at the intended meaning of unbounded energy. Tintinnabulation suggests the fine tinkling of fairy bells—living in Ireland, that fits—and the word is descriptive of lengthy decays ringing out. I was in no doubt which of the two words belonged. This wasn't a thick, dense bottom-up voicing as S.P.E.C. champion for class D. This was a quicksilvery top-down perspective. The virtual sun roof was open and the sound maximally light filled and airy. 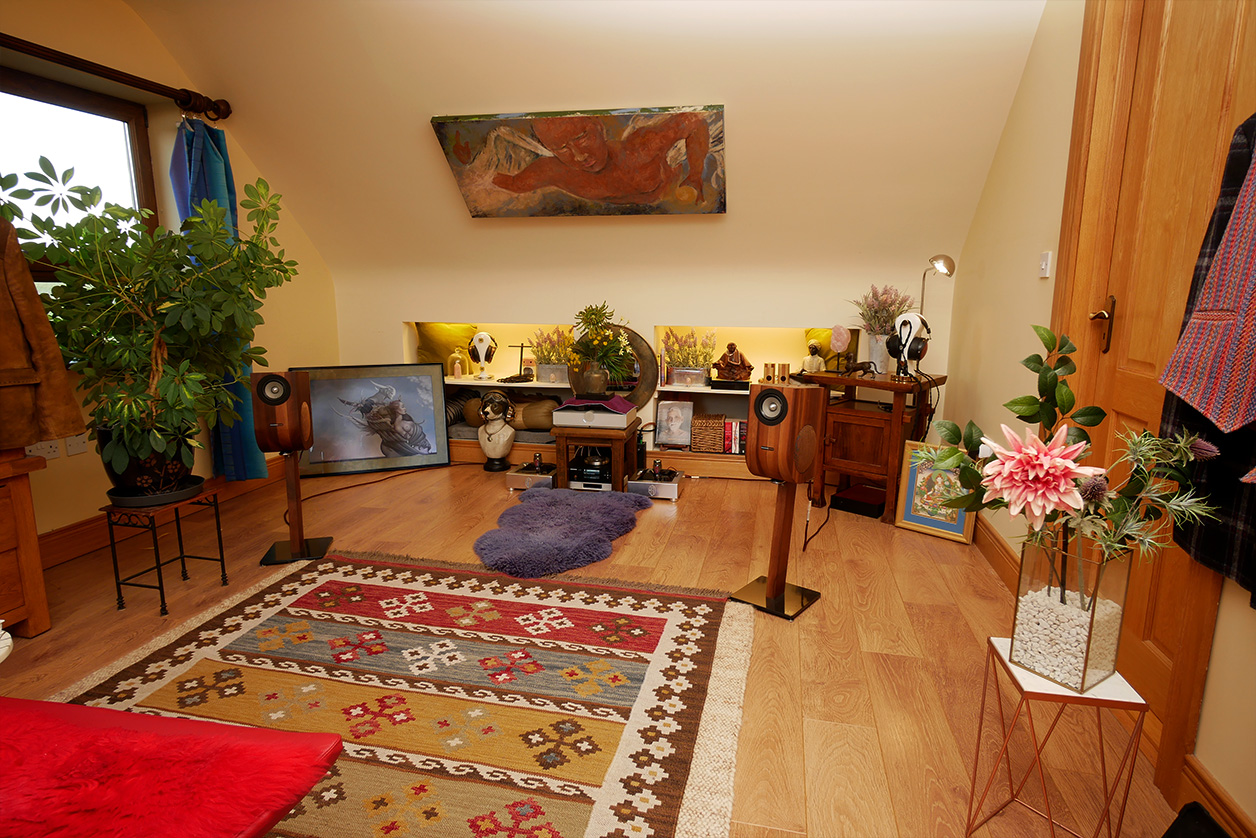 Unlike other amps in that vein which are accompanied by tendencies for harder edges—think hyper enunciation and sibilants—this sound was softer. Right from the first session then, it suggested a not so usual combination of high transparency, uncanny separation and inside-out radiance with gentler transients. Yet there definitely was no shortage of upper harmonics, making this an exciting yet non-fatiguing take on high definition/resolution.