"In audio applications for the power range of the consumer and high-end markets—PA is another story—max voltages are perhaps 200V, Rdson is in the 30-50mΩ range and frequency in the low MHz spectrum. We also want lowest possible i/o capacitance. The device I use is a dual GaN Mosfet of 150V/30mΩ with very low output and input capacitance packaged as a half bridge to keep the connection between its two GaN switches maximally short. Also, we use a depletion-mode always-on GaN type in a unique cascode configuration. And yes, I was directly involved with the team in the definition, development and commercialization of this device. By the way, in all my designs I always employ other electronic components I developed and marketed during my career. I could tell you more about how I choose my car, washing machine and air conditioning units… 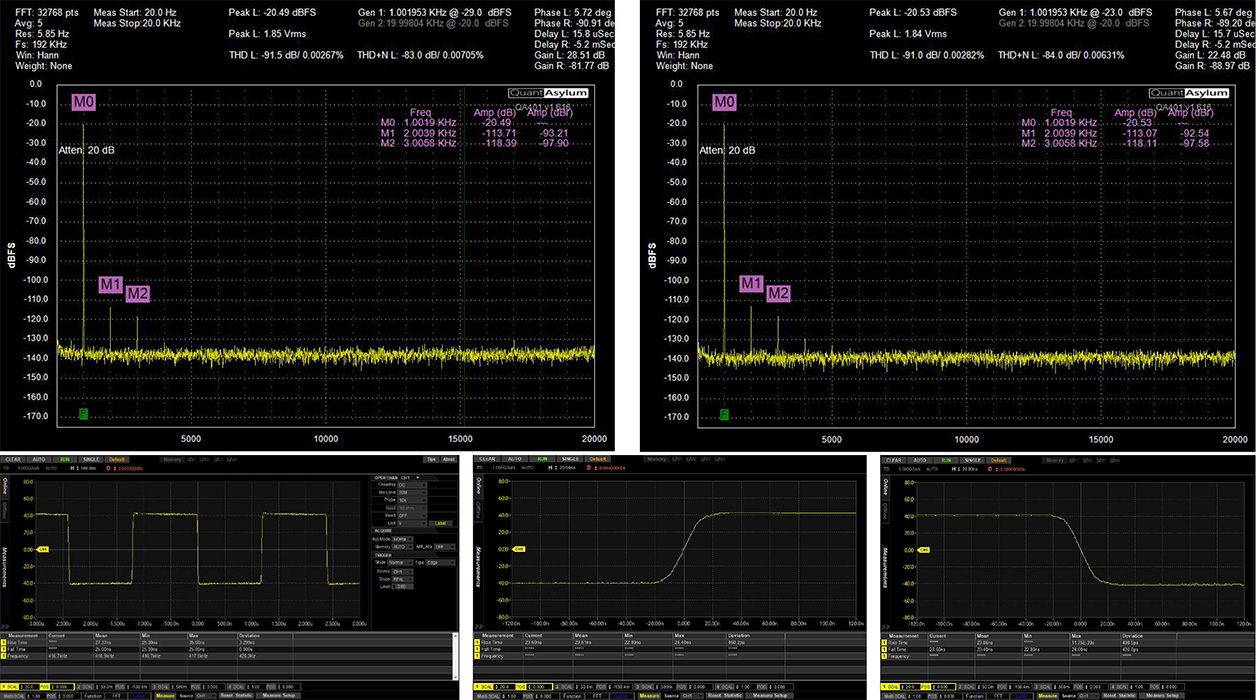 "With regard to existing designs, I have nothing but admiration and respect for what companies and people have already done in the audio business. The simple fact that I'm even considered to be associated with them and interviewed is very moving. But to your question, yes, most readers/users are familiar with Hypex, ICE, Pascal etc. boards which, as far as I know, are all based on silicon Mosfets. Moreover, they all have a specific engineering and marketing goal which is to achieve the highest power for the lowest price. This creates very big economies of scale to push their adoption across more and more of the industry. They tend to offer good performance and provide a certain level of standardization. But that wasn't my goal. My true goal really wasn't very humble. I wanted to remove the stain attached to class D for being an inferior topology that's just good enough for car audio, MidFi or DIY. The fact that I chose such a peculiar visual design should give ample indication that my product and marketing strategy are a bit 'alien' as you opened up with in good humor.

Vivace on the oscilloscope

"Going back to your more technical point about switching frequency and feedback, let's start with negative feedback. Here I am pragmatic because I am familiar with a thing or two about the physics of the components and the constrains built into every topology and design. Not a single semiconductor is perfect. Neither is any layout 100% free from parasitics nor is it thermally neutral. During actual operation not simulations, the operating conditions of any device and circuit change no matter what. Some minimum negative feedback is required to create stability across a wide range of conditions. In theory one might get away from all negative feedback, across all operating parameters of current, voltage and temperature, with feed-forward error correction by knowing exactly all the parameters of all parts under all operating conditions. In reality, that's perhaps a bit much to ask from any CPU. And what happens if there is no CPU? Theoretically such techniques can work but they all tend to be predicated upon a fundamental concept of predicting a future state for the black box they need to control. So all are based on a defined set of assumptions. The real world meanwhile is 'chaos' so a prediction is just a prediction. It may require a lot of complex digital processing that could quickly get overwhelming or cumbersome. I'm not familiar with Merrill's design so can't comment on their claim of absolutely zero feedback."

"Regarding switching frequencies, this is no trivial issue as it directly involves the characteristics of the PWM generator (with class D that's usually a Sigma-Delta circuit), the power stage switching losses, overall parasitics (how far from the ideal device/layout the real stuff is) and of course the output filter. Possible scenarios for less than ideal behavior are when power stage efficiency diminishes and excess switching losses manifest in excessive power dissipation hence increased device/amp temperature; when the PWM generator won't operate correctly; when a layout isn't able to transfer the switching current/voltage wave forms without introducing spikes or delays. When moved into the frequency domain, such spikes or delays inevitably mean distortion and/or sonic artifacts. The material makeup and construction of the output filter's inductor and capacitor, although reduced in size with higher switching frequencies, can add other limitations.

"On a simple conceptual basis, a higher switching frequency of the PWM Sigma-Delta stage is equivalent to transferring to the power stage a more defined signal. That's obvious if you imagine that stage as a 1-bit A/D converter. Now more harmonics of the original signal transfer to the output. However, if that feature is not matched by a power stage that can switch at precisely that very same frequency to deliver a transition that is perfect in rise/fall time to lack any overshoots, then perhaps so high a switching frequency is not a good choice for the actual operating conditions. So it is all about the optimization of all the elements of a design. With the components, layout and material I use, I can operate the power stage up to 768kHz although in most cases, 400-500kHz is perfectly fine. 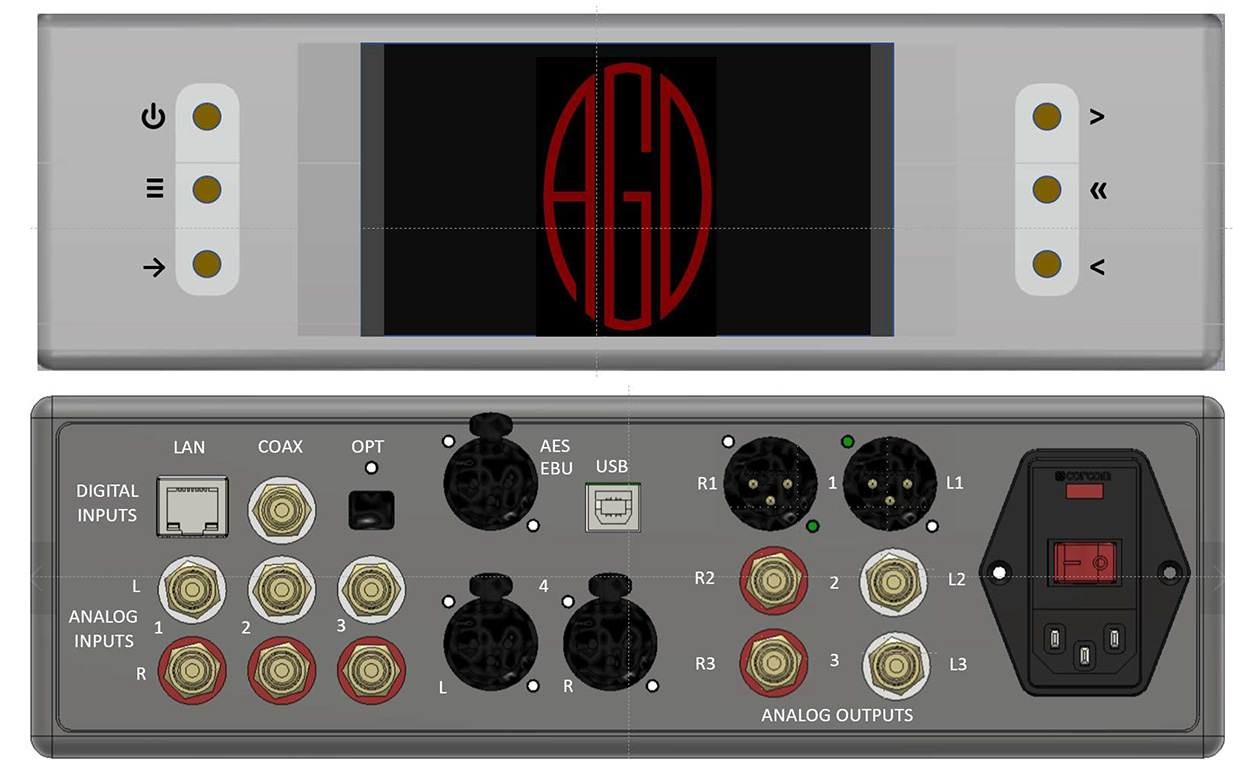 "Once you receive the demo units, you will see just how tiny the heat sink is that 've placed on top of the GaN half-bridge micro module that is my output power stage – just 12mm² x 4mm. I mounted it in a tube because I wanted to convey class D's true high-end capabilities also visually to prevent the typical audiophile reaction of quickly leaving a room at the sight of yet another class D box. I already designed a smaller EL34 GaNTube which I intend for a future small integrated headphone amp. At the next Axpona show, I should be able to introduce a >300W GaNTube in a KT150-type glass bulb. While my goal is to maintain my sonic imprint as consistent as possible, I already know that there will be subtle sonic permutations between the different GanTubes. Finally, the Audion model was conceived to deliver a more cost-effective and cosmetically less 'challenging' design that would attract more cost-conscious listeners whilst providing, as much as possible, the same superior sonics as Vivace. And I also wanted it to still look a bit different from the norm so I chose an Art Deco type design which I hope people will enjoy."