When very high low-Ω power meets low output impedance and high negative feedback, class D can present a bass signature that's maximally damped and extended. Jackhammer-dry grip and control replace elasticity also in the upper bass. That can make particularly the power region feel unnaturally metronomic and arid rather than pliant and bloomy. One might call these textures closer to synth and e-bass than acoustic uprights. Vivace's bass wasn't that. Its bass was just as light-filled and articulate as the upper bands. It didn't tack on extra weight or emphasize any 'cyborg' tuning on just the lower frequencies. Having heard this same pair on the Element 114, Vivace by contrast behaved lighter in the low end. The overriding quality was lit-up speed. Tiny percussive rises from triangles, cymbals and stick-on-rim tickles had ultra-specific localization and transient steepness. Such items stood up and out from the surrounding thicket of standing chords and their softer transitions. That greater difference stretched the gap between staccato and legato. The upshot was greater textural variety than rounder warmer amps manage. This presentation thus was the polar opposite of the CanEver Olimpico amp which just then finished up its auditions in the bigger downstairs system. 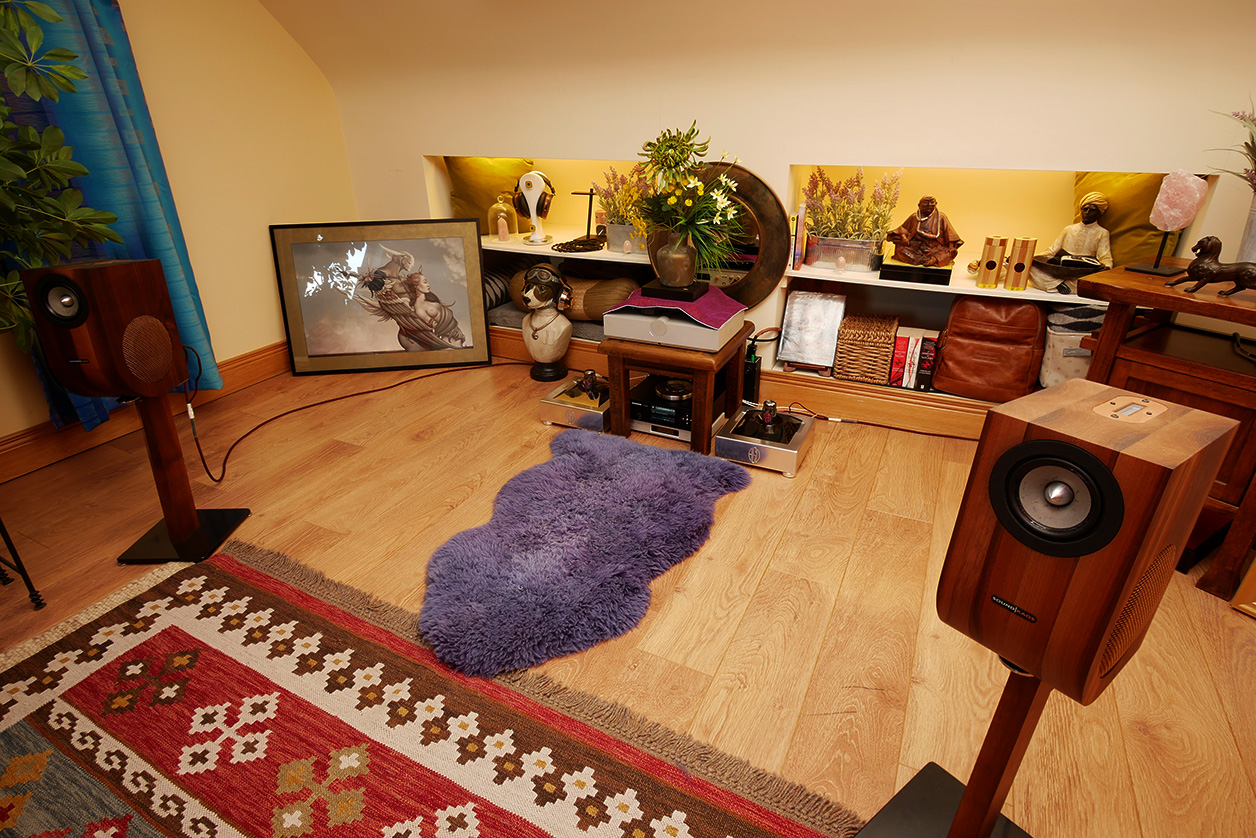 Soundstage freaks look for virtual holography. I call it walkabout virtuality. Our mind finds maximum space and air between/around all images. Effortlessly, we navigate the most set-back layers. We hone in or hold onto the smallest background stuff which hides beneath/behind bigger foreground things. It's maximum visibility. It's mental seeing which separates and sorts and encounters equal focus and articulation no matter where and what it touches. We feel no resistance or reluctance. Everything is open, clear and widely spaced. What it's not is clumped up and interlocked like a wall of sound. On that score, Vivace operated at the very top. Holographic soundstaging became another aspect of light—both as illumination and lesser weight—so an extremely well-lit easily comprehensible place. The initial price to pay until I'd picked optimal ancillaries? Particularly at lower SPL, the overall gestalt sat on the lean side. I find that to be nearly law. Weight resists speed. Want to go faster? Shed mass. Systems which excel at speed nearly invariably brush up against leanness. How far is a deliberate balancing act. We set that with the totality of our supporting hardware. I anticipated that hauling up our Vinnie Rossi L2 Signature preamp would shift that balance to perfection. To maximize freaky imaging, I still had Node Audio's Hylixa review loaners.

Despite being rare direct-coupled DHT in a grounded-grid circuit to eliminate output magnetics and coupling caps—Bruce Rosenblit's Transcendent Sound also does them—I expected some softening. To compensate, I picked our most lit-up triodes, Elrog ER50. Partner in more incisive crime was a Questyle current-mode DAC. This put two strategic compensators in place. Voilà, spooky-good imaging with a more fluid temporally elastic feel. And, I had the expected minor softening. That manifested as though a hyper-articulate BBC announcer had grown a heavier tongue from a night of heavy drink. 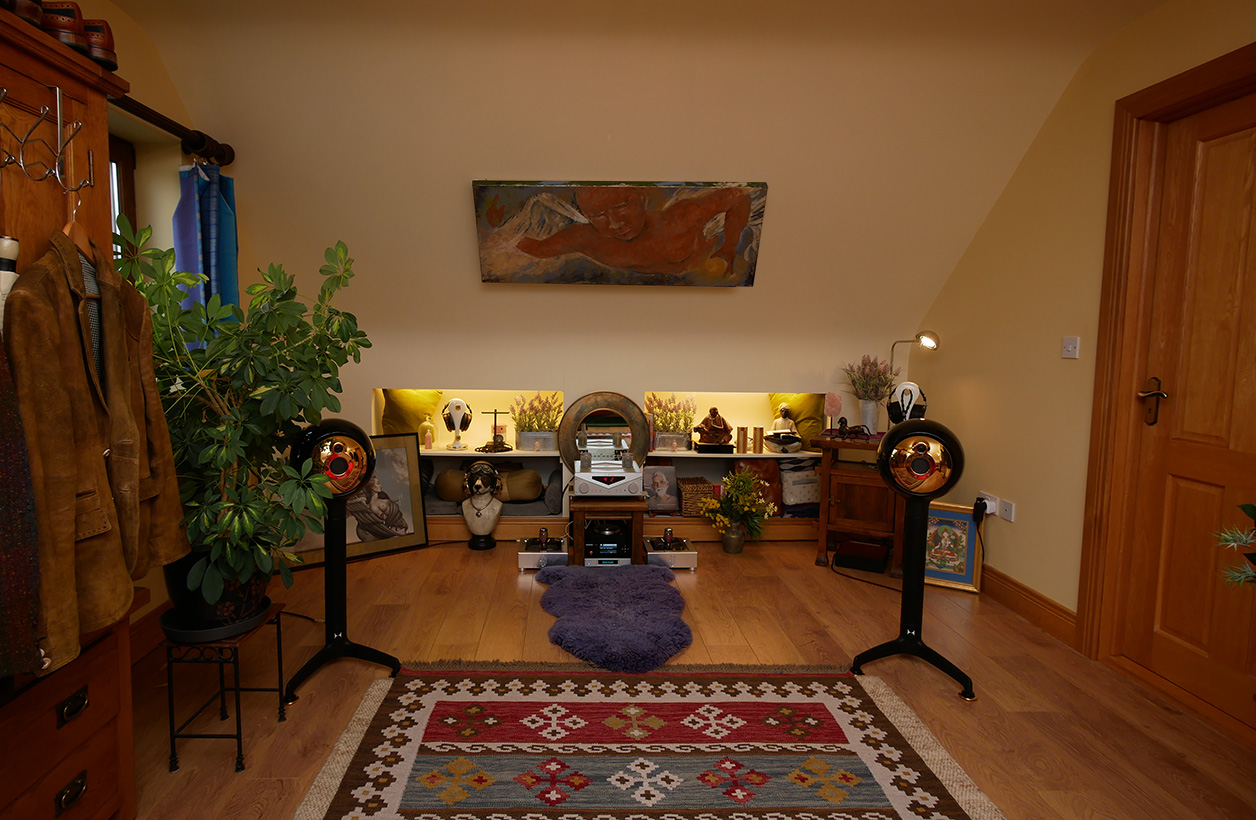 In trade, I had more tone mass far lower on the volume. Being greedy—if one can have it all, why not try for it?—I was hoping to send my announcer for a cold shower. I meant to regain more edge articulation and subtract just a bit of triode softening. I was very close to my personal ideal but wondered whether I could get closer. Reviews of course aren't about that. They're about conveying what something sounds like. Here I find it informative to document how responsive or not a given component is to being nudged in this or that direction; how dominant its signature is instead. It's describing sonics by triangulation. 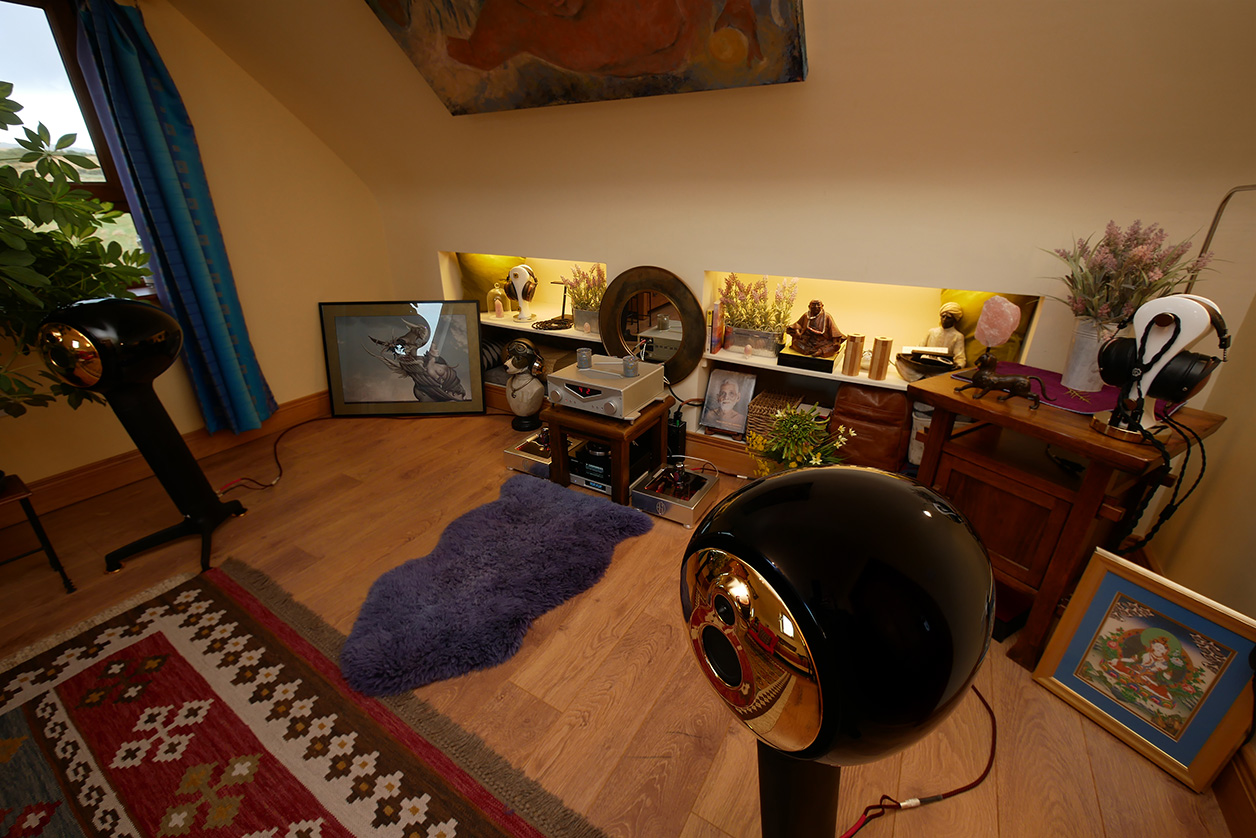 Instinct told me that our aluminium-clad Acelec Model One with Mundorf air-motion transformer might replace Hylixa's blunter softer lead pencil with one of harder lead whose tip was freshly sharpened. I hoped for a bit more fastidious enunciation as that attractive part of Vivace's first showing because it lacked etch and tizz. I'd gained desired body and, as a byproduct of real valves, timing had relaxed. But rhythmic perspicacity—think hail on a tin-roof precision without the hardness—had thinned. Could I get that back without upsetting the rest?