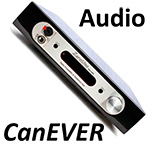 The i2S mention in the display is CanEver speak for USB. There is no dedicated I²S input on HDMI or RJ45. 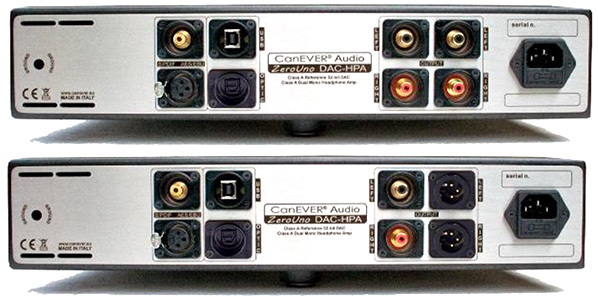 Named CanEver Audio for Venetian designer/owner Mario Canever, the suffix of this ZeroUno model is DAC-HPA.

That clearly pegs it a digital/analog converter with volume control plus headphone ports all in a single chassis to differ from the ZeroUno DAC model. But the latter's 32-bit 384kHz ES9018S quad-summed converter circuit with amorphous-core Lundahl output iron transitions intact. Ditto Mario's hybrid 1st-order filters, firmware and voltage-controlled master clocks for the two sample-rate families. Only the exposed tube output stage very obviously does not.

The DAC-HPA's four galvanically isolated digital inputs include a quasi battery-powered XMOS USB with full MQA support and no connection to the +5V power line of the USB cable. There's also S/PDIF RCA, Toslink and AES/EBU. Those purely digital inputs are augmented by either twinned pairs of analog RCA outputs; or optionally one RCA and XLR each as shown.

On the front are locking 6.3mm and XLR4 headphone jacks, setup and input buttons, a multi-function master controller and a four-line orange display. With obvious provisions for amp-direct use, the included pre-paired Apple remote controls 32-bit digital volume with a -130dB residual noise floor and attenuation across 60dB in 1dB increments. It also does ±5dB balance in 0.5dB steps, absolute phase, inputs and mute. If the Apple wand should interfere with other household remotes, its code can be altered from among 256 possible combinations. The display can be dimmed in 5 stages, its mode in another five (always on or on only for a certain amount of time after an input command). Sample rate changes can be shown in big or normal letter size. Factory presets can be restored at the hold of a button. 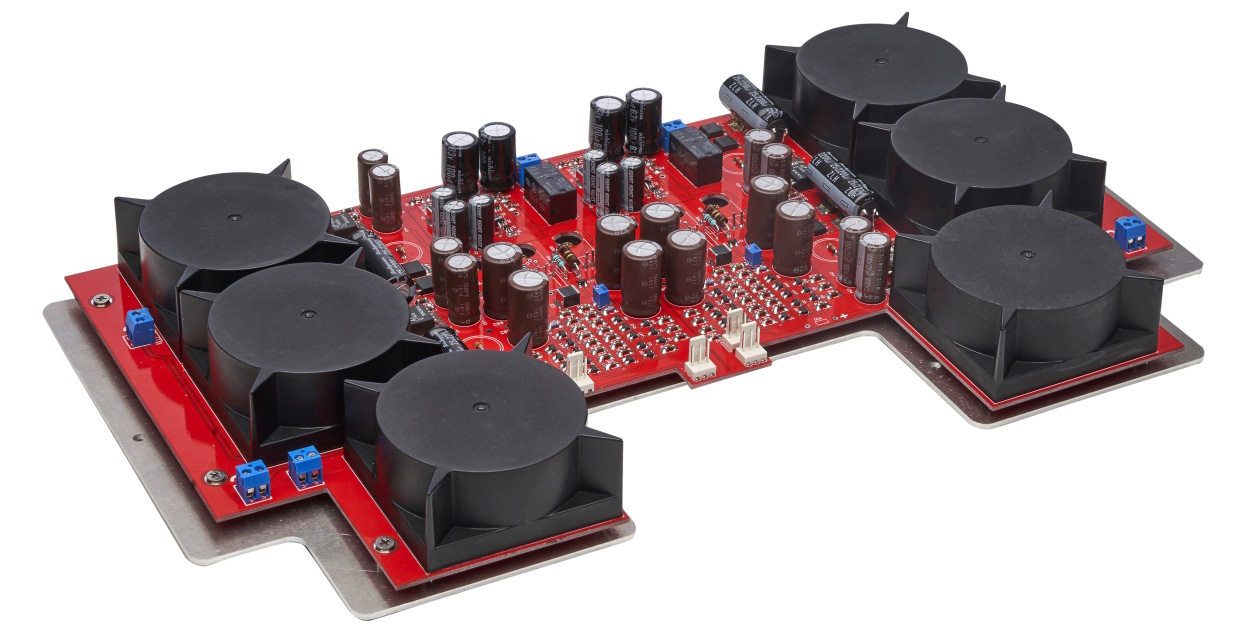 Inside, 70% of the real estate is occupied by power supplies with multiple ground planes and a total of six toroidal transformers. That reflects Mario's focus on a rock-solid foundation for his analog and digital circuits. His signal paths follow the strict ethos of no feedback loops or capacitors to be direct-coupled. The analog output stage is discrete and runs in class A as a low-impedance current source. The 3-stage headphone amp with Jfet inputs and single output devices per push/pull half cycle is based on the LaScala power amp circuit. It presents its load with with dual-mono super-linear drive of 2.5wpc into 30Ω. 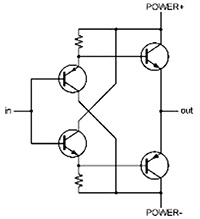 "A lot of effort was spent to set up a super-linear circuit and overcome the non-linear problems of traditional p/p circuits. The concept crosses the driving signals so that distortion is naturally cancelled when summed at the push-pull driver in the output stage. Now the non-linearity of Jfets and bipolars is absorbed by a reverse non-linearity mode. This technique isn't new and successfully implemented in very low-noise applications requiring high linearity. The result goes beyond a classic push-pull configuration's cancellation of just the even harmonics which leaves the odd ones present. With the crossed-driver topology aka 'reverse non-linearity mode', the odd harmonics are cancelled as well. This leads to a super-linear topology." Claimed distortion suppression for 1kHz/1Vrms/30Ω is -102dB for the 2nd, -100dB for the 3rd, -125dB for the 4th and -120dB for the 5th harmonic.

Absence of feedback is compensated for by "carefully pair-matched transistors combined with power supplies of laboratory standards. The selection process of 1'000 bipolar and Jfet transitors nets just 20-30 devices we can use". A double-contact relay outside the signal path protects against DC and turn-on transients from the PSU. An aluminium plate between the 4-layer green mother board and orange headphone amp/PSU board acts a shield against radiated digital noise for the analog board and as heat sink for the four class A-biased output transistors. For best gain matching in amplifier-direct drive, the ZeroUno's menu can be set to different levels. Sample-rate support on USB is up to 32/384 PCM, DSD128 via DoP and MQA on all formats. Overall voltage gain is 26dB or a x 20 amplification factor.

The red board shows l/r power supplies on the outside, l/r protection circuitry (upper quadrants) and headphone amplification (lower quadrants) in the middle.