Emile had preinstalled Roon so we could add the Extreme as a zone to our Roon client and be ready to stream. Why not begin with newly discovered virtuoso Ateshkhan Yuseinov? He released Strange Suite in the CD format and we used the Tidal file.

Don't be put off by the album's cover which pictures the Bulgarian master playing guitar in a non-standard way. Mr. Yuseinov can play his guitar any weird way he wants. The results are mind-boggling. In the opening track there's an acoustic solo on a nylon-stringed guitar that evolves into a crazy hundred-notes-a-second hybrid of flamenco Jazz meets Rock goes Balkans. Though the latter part is highly electrified and deliberately distorted in deep overdrive, the first part over the Extreme/TotalDAC combo offered an absolutely clear aural picture of the life-sized instrument with plenty of air around the cascading notes and very plausible tonality. Many tracks of this album will have you doubt that there's just one man at work. Take "Fire Bees in a Box" which might have been played by Rodrigo I Gabriela, alas those are two players. Ateshkhan Yuseinov pulls it off by himself. 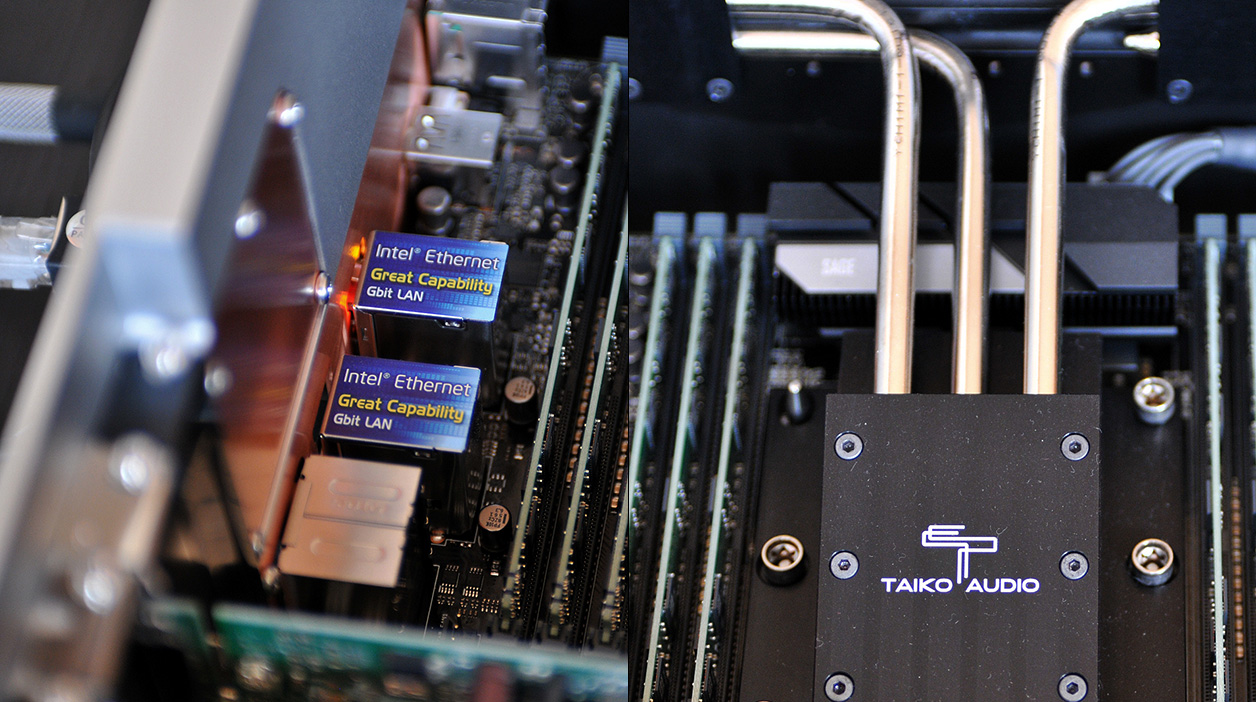 After such an avalanche of notes, we went on to something smoother. One of our favorite pianists is Roberto Fonseca.

On Yesun he invited various friends like Ibrahim Maalouf for the track "Kachucha". The blend of warm Cuban piano with the eerie trumpet filled our room and hearts at the same time. There was no need to turn up the volume to gain a realistic picture that spread well left and right of the loudspeakers and behind them. Again air and tone were the key characteristics of note.

Bernard L'hoir's She on the Belgian label Homerecords is a mystical journey through various musical soundscapes. Next to piano, prominent space and time are reserved for accordion, oboe and drums. The She of the album title is a different woman being serenaded with each track. Each lady gets her own overture from gipsy to mystery or plain offbeat stylings. Drawing from a rich musical palette, the Extreme combo performed so well that we forgot all about hifi electronics and found ourselves dragged into the journey not least by the wonderful lower octaves of the piano and bass which were warm and deep, really deep without any boom or bloat. Was this special synergy between streamer and DAC? We'd have to swap converters to find out.

First we transferred about a terrabyte of music files from a USB disk to the Extreme's internal storage. Thanks to USB 3, transferring that amount of data was a matter of minutes not hours like earlier USB protocols took. Once prompted, Roon in all its magic includes newly available data, indexes them and shows them in the user interface. This too happened in a matter of minutes. After this we had in our 'album' section a mix of local, Qobuz and Tidal content. At this point we were more than curious if there was a difference between streamed cloud content and local files.