The chassis sides are large finned heat sinks. Where the SGM 2015 had one in copper and one in aluminum, the Extreme uses aluminum for both to shift the use of copper to elsewhere. Inside both CPU are cooled by copper blocks laid out in the most efficient manner to work the core processors at the lowest possible temperature. Outside it's the back panel which now reveals a large copper backing to avoid mounting components to aluminium thus reducing unwanted resonances (even the PCB mount to copper stand-offs). 10 windows in the 15mm thick aluminum back plate include one for 'option', a larger rectangular one with 4 x USB 3.1 gen 1 (in fact USB 3.0 5Gb/sec), 2 x USB 3.1 gen 2 (in fact the real USB 3.1 10Gb/sec) for connecting a DAC and 2 x copper RJ45 Ethernet connections labeled LAN1 and LAN2. 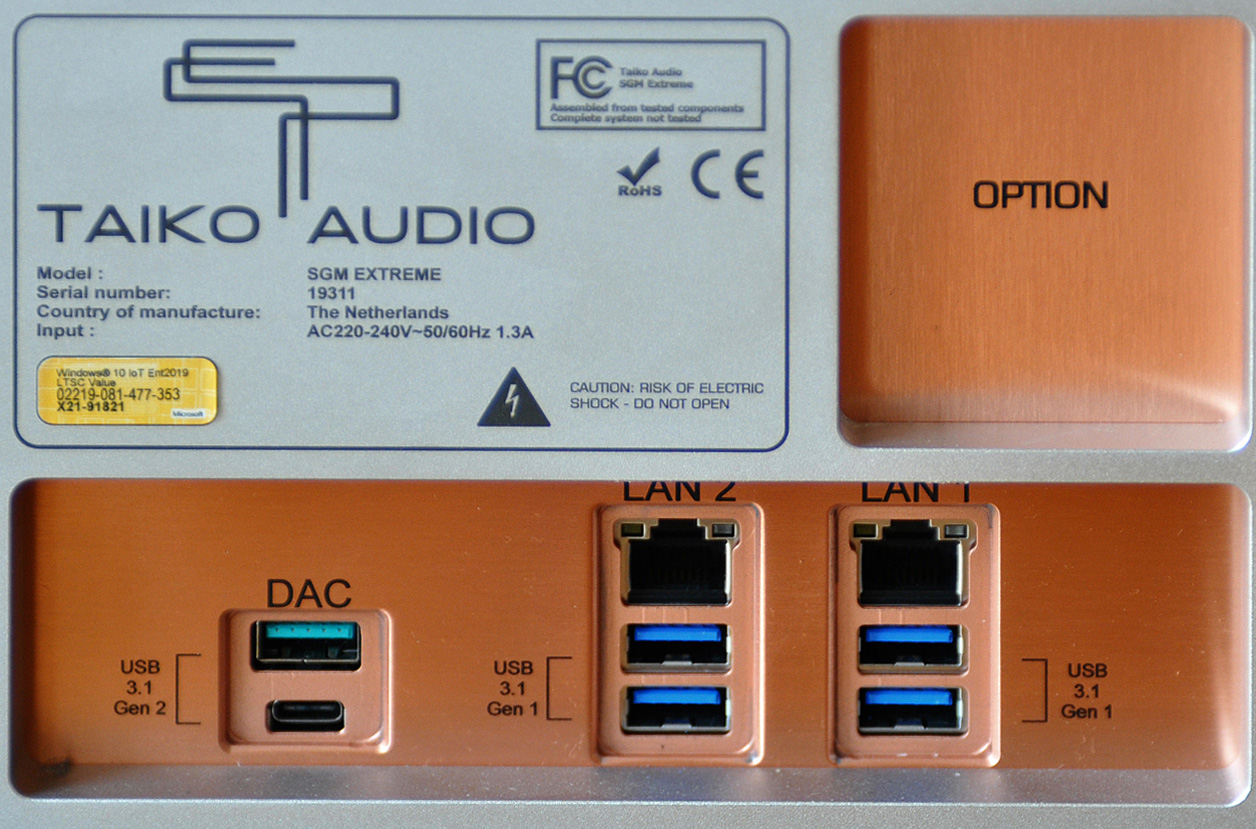 Seven slots in the middle are for PCI options. Our loaner had a fiber SFP Ethernet connection in one slot, a VGA port for a monitor in another. The Optane PCI board occupied a slot with venting for the storage module. At the right in another copper-backed rectangular recess is a IEC power inlet, ground screw and the second moving part, the power switch. Emile offers options for S/PDIF and AES/EBU, the latter in three wiring choices. The bottom plate has large round holes on the edges and again many small bores in that same mesmerizing pattern like the top.

With the Taiko sample we also received two TotalDAC USB DACs. Emile finds that combination of his Extreme with a TotalDAC D1- Direct one of the best possible. The second TotalDAC was the D1 Driver gain booster. It can follow the D1 Direct should its output be insufficient to drive your amplifier. That's because TotalDAC's Vincent Brient designed the D1 Direct without an output stage. His R2R ladder couples directly to his output terminals. 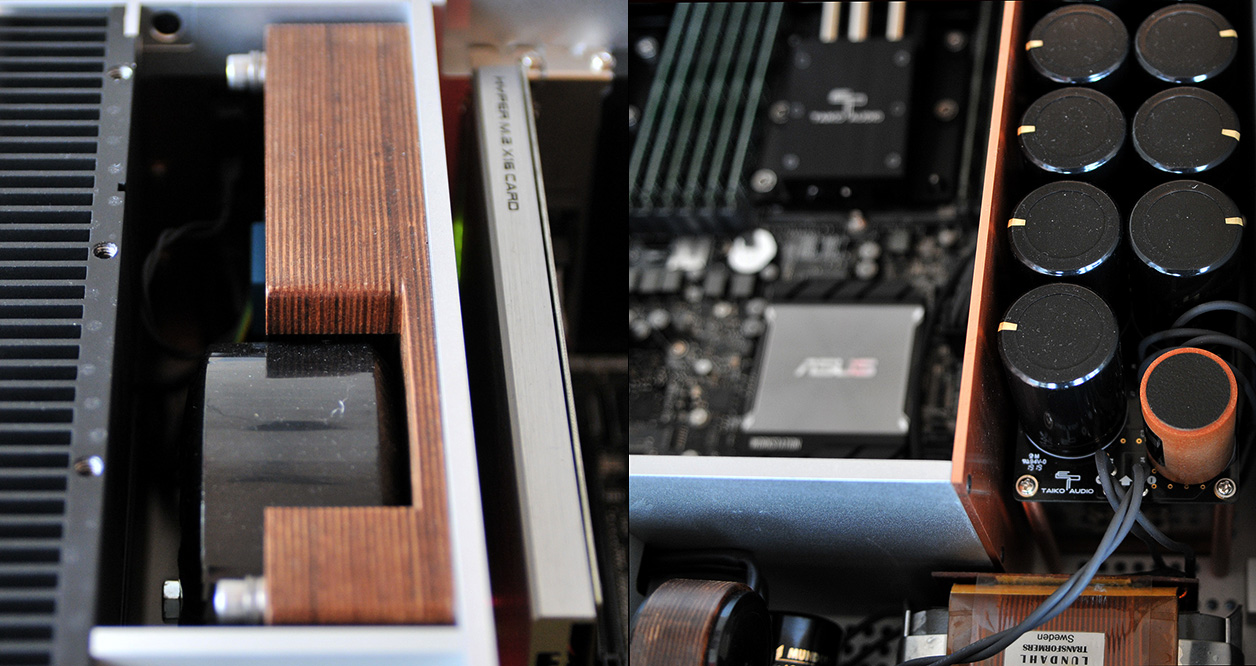 We connected the Extreme to the TotalDAC D1-Direct with Audiomica's Pebble Consequence cable while the Extreme connected to the Internet with Pink Faun's LAN isolator in place. Amplifier on duty was our Audio Note Meishu running WE 300B tubes to drive 109dB Avantgarde Duo Omega horns. Aside from the TotalDAC D1-Direct loaner, we could use a T+A DAC8 or Mytek Brooklyn Bridge with external Farad power supply.