Without operating system, anything with a CPU is useless. But which OS to choose? Multiple camps insist that their choice is best. It's like religion: Christians and Muslims, catholics and protestants, Canon and Nikon, Linux and Windows. To stay on point, Linux and Windows were the options designer Emile Bok considered. For his earlier SGM 2015, he'd used Windows 10 but at boot-up stripped it of unnecessary processes and threads. For the Extreme, Emile went a step further and dove way deep into the recesses of Microsoft. He radically stripped the installation media of a Windows 10 version for industrial controllers like ATMs to only preserve the subsets that mattered for his particular purposes. Nothing else is ever installed to require subsequent deletion. This plus the wealth of CPU threads over which to spread the remaining load mean that none of the threads see a queue of instructions waiting to be executed. All computations are executed in real time without delay which pays back in sound quality. In fact, the threads are mostly always waiting for a task to handle. 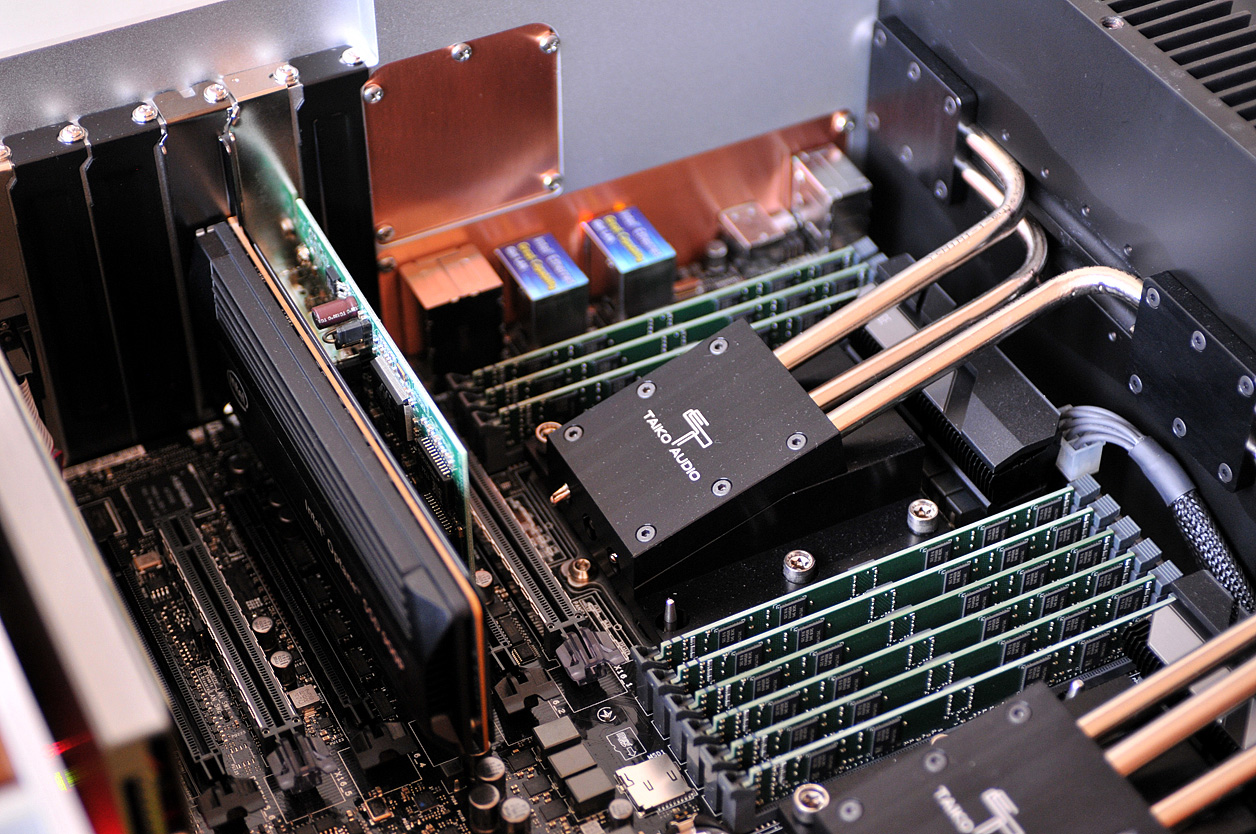 Back on hardware, Emile went through very time-consuming but revealing trial 'n' error sessions to select the hardware that would make the Extreme dream come true. As we know, each component in an audio device adds its own fingerprint to the final sound. Now consider the zillion combinations of parts possible. This could drive any sane man crazy. Not so Emile who persevered. One result is the combination of Mundorf and Duelund capacitors. To complicate things, Emile took vibrational influences into consideration. It so happens that Mundorf capacitors, though sonically superior, react to micro vibrations in a way that influences their sonics. Where Emile couldn't mitigate that influence, Duelund capacitors came to the rescue – at a price of course. In the main capacitor banks, the black Mundorf caps are joined by a pair of Duelund silver foil units as those really expensive types.

The same in-depth consideration went to the memory modules. Selection began with those which had the most consistent build quality to get most closely matched. Then it was about combining them with the most stable noise-free power supply which separates the wheat from the chaff, again for a price. Talking memory, did you know that DRAM memory modules are prone to refreshes?

Wikipedia: "In a DRAM chip, each bit of memory data is stored as the presence or absence of an electric charge on a small capacitor on the chip. As time passes, the charges in the memory cells leak away so without being refreshed, the stored data would eventually be lost. To prevent this, external circuitry periodically reads each cell and rewrites it, restoring the charge on the capacitor to its original level. Each memory refresh cycle refreshes a succeeding area of memory cells, thus repeatedly refreshing all the cells in a a consecutive cycle. This process is conducted automatically in the background by the memory circuitry and is transparent to the user." Alas, for a refresh, a memory module suddenly draws 2.5A or higher current. When not anticipated by the design, this has a negative influence on the sound. Refresh intervals are fixed and simply happen during playback. For DRAM chips, refresh intervals are in the milliseconds. In the Extreme, aside from close tolerances for its modules, several measures were implemented to reduce refresh-related noise.