Six degrees of separation? For proper weighting, let's state it unmistakably: these differences were mostly of gestalt so not massive. Compare two flowering red roses of dissimilar breed. They'll both be roses, red and luxuriant. Approach with your nose and they smell different. What value and importance do you attach to smell versus color and size? With that squared away, the 3a's midband, for lack of a better word, was fruitier: more expressive, suave and also energetic. The 3f was slightly duller and darker so a bit bassier and a tad less separated. In the ±3kHz range, the 3a was the more insightful and shone deeper down the proverbial throat of close-mic'd vocals. This also affected microdynamics where the AlNiCo driver was more emphatic. To widen our six degrees of separation, bolt the metal legs to the 3a. They subtract another degree or two of the 3f's duller darker slightly bassier flavor to push the 3a farther the other way. To shrink the difference, go opposite: 'lighten up' the 3f with metal legs, 'weigh down' the 3a with wooden stilts. 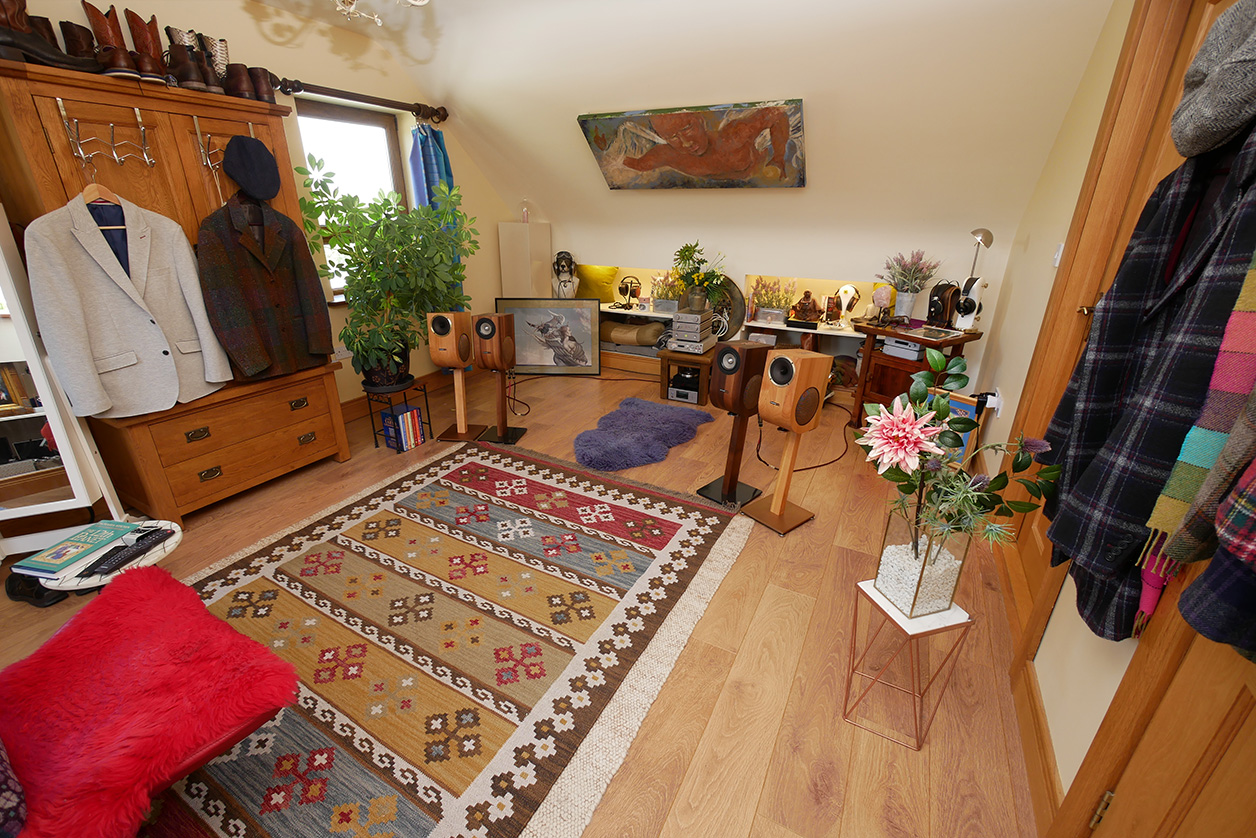 If you're upset that I still mentioned no bandwidth offsets—more treble, less bass—it's because the super tweeter and woofers remain unchanged. The prime difference is the front driver. It spans from the lower treble to the lower mid/upper bass transition. Also, the filter and its parts are different but that has no bearing on bandwidth either. Tonal balance changes from dissimilar voicing were minimal as well and just as mentioned. Fundamentally, these were two red roses of comparable size, nearly the same color but different fragrance hue/potency. On paper, it doesn't seem very much. On quantity, that assessment is accurate. But to a rose fancier deep into fragrance and color intensity; for a music lover keyed into expressiveness, textural sophistication and projection power… it's that fine but undeniable distinction between excellence and true rarity. 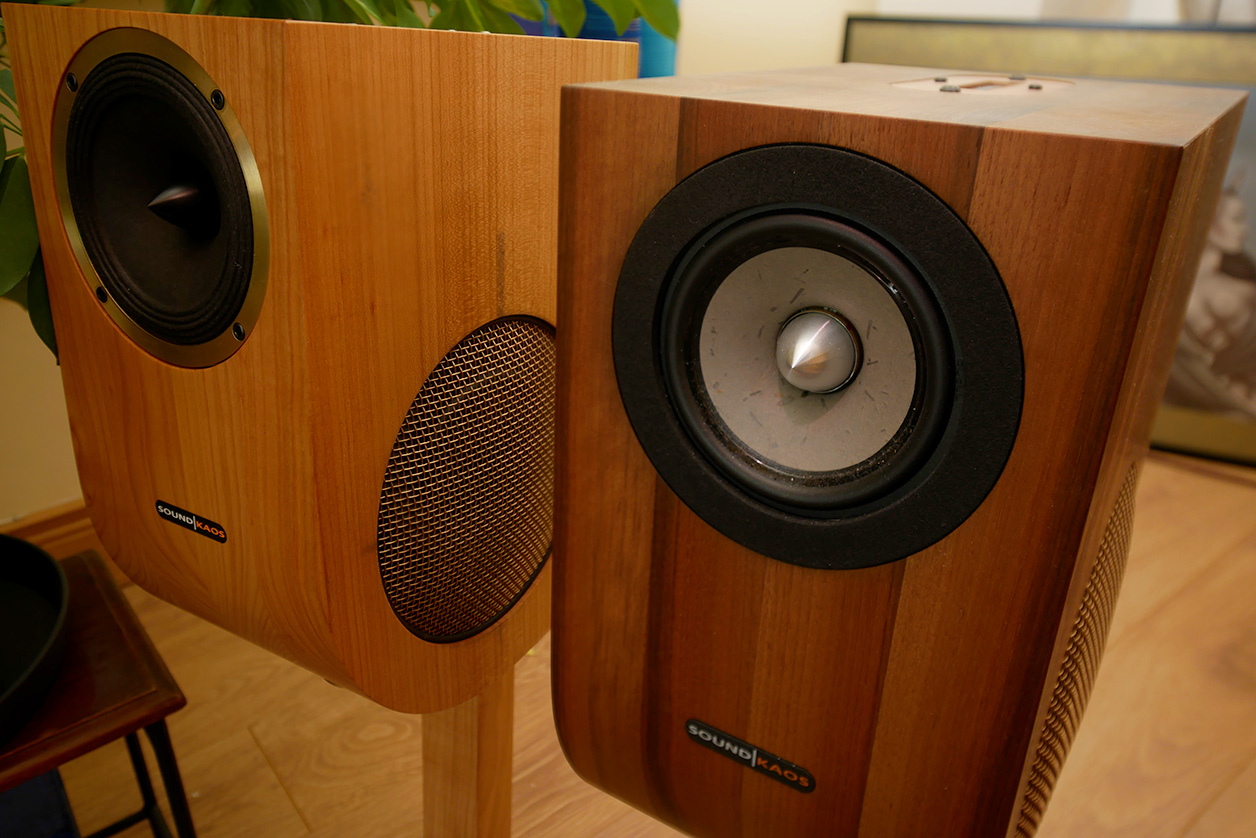 In the same breath, let's remember the preceding electronics chain. By then it had added a JAVS X7-DDC Femto reclocker to the X7-DAC MQA with battery/super-cap power supply; and still sported the Nagra Classic preamp and Bakoon AMP-13R. This was a carefully curated high-res menagerie to magnify degrees of qualitivate difference between AlNiCo Enviée and ferrite Tangband and associated filter parts.

For a musical example, take the gorgeous bolero "Salinas" from Antonio Rey's Dos partes de mi album. There's the shifting timbre of the Lester DeVoe lead guitar; El Cigala's voice; a violin in sneaky parallel to the guitar; bass; and assorted percussion with occasional cymbal trill or tick. On the tone modulations which the guitar traverses from a burnished lower register to upper ranges that at times turn very platinum during rapid embellishments; which unveil metallic glints inside Cigala's trademark warbling peaks like sun rays breaking through clouds; which shift from occasionally scratchy to elastically dancing bow work on the violin of Thomas Potiron… the 3a covered more terrain. It modulated across broader distance. It's an expression of higher textural diversity. There's more difference between softly padded congas and stick-tickled cymbal, between sharp and mellow, spiky and dull, penetrating and hooded. It was that plus greater microdynamic ripples which added enhanced expressiveness. It's in very little things between the lines, not in the broad strokes which sketch out a tune's general scenery.

When I reviewed the Vox 3f, I held back an award to wait for the 3a. Given its lengthy gestation, its arrival simply took a while. When I surveyed the reviews I'd written in 2019, two products stood out: the Bakoon AMP-13 and sound|kaos Vox 3f, individually and in combination. It's why they became my joint personal Product Of The Year discoveries. The only question which remained was how I'd rate the 3a. Now that's been answered. The 3f definitely deserves our Blue Moon award. Held back until now, here it finally is. Congratulations! 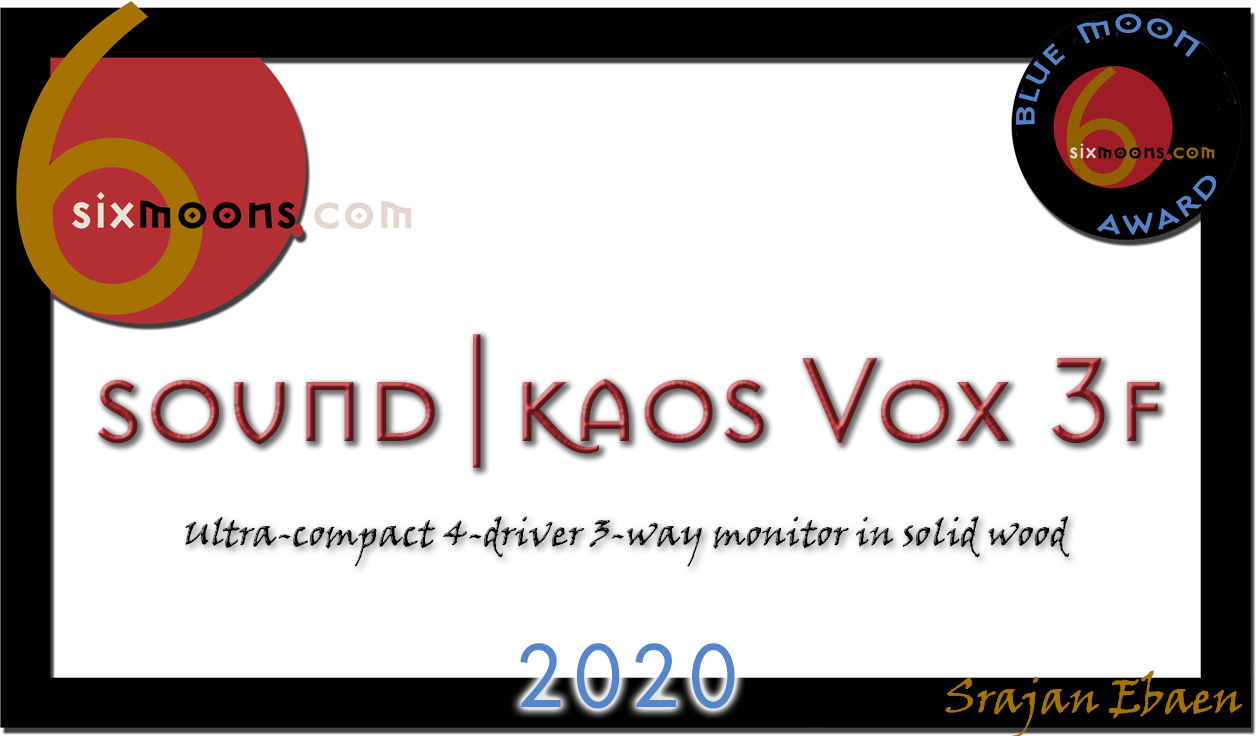