Going in, I thought of 3a as a hot rod where cost wasn't an issue but pushing the concept's performance to its very limits with exclusive drivers created for just this project. Its two force-cancelling woofers sum to 39.27 square inches. That makes Vox 3a a 7-inch 3-way packed into the most compact solid-wood cabinet. It's been enhanced with a noble bronze basket for the aluminum-nickel-cobalt motor which drives the 200Hz-10kHz cone; with a bronze plate for the ribbon super tweeter, with bronze mesh grilles for the woofers and a bronze plinth for desk top use which doubles as the stand's top plate. This Swiss monitor is extremely bespoke including two stand options, wood and lacquer choices. By selling mostly direct, ordering a Vox 3a from Feutersoey isn't that different from commissioning a hand-tailored suit or pair of shoes at a posh address. 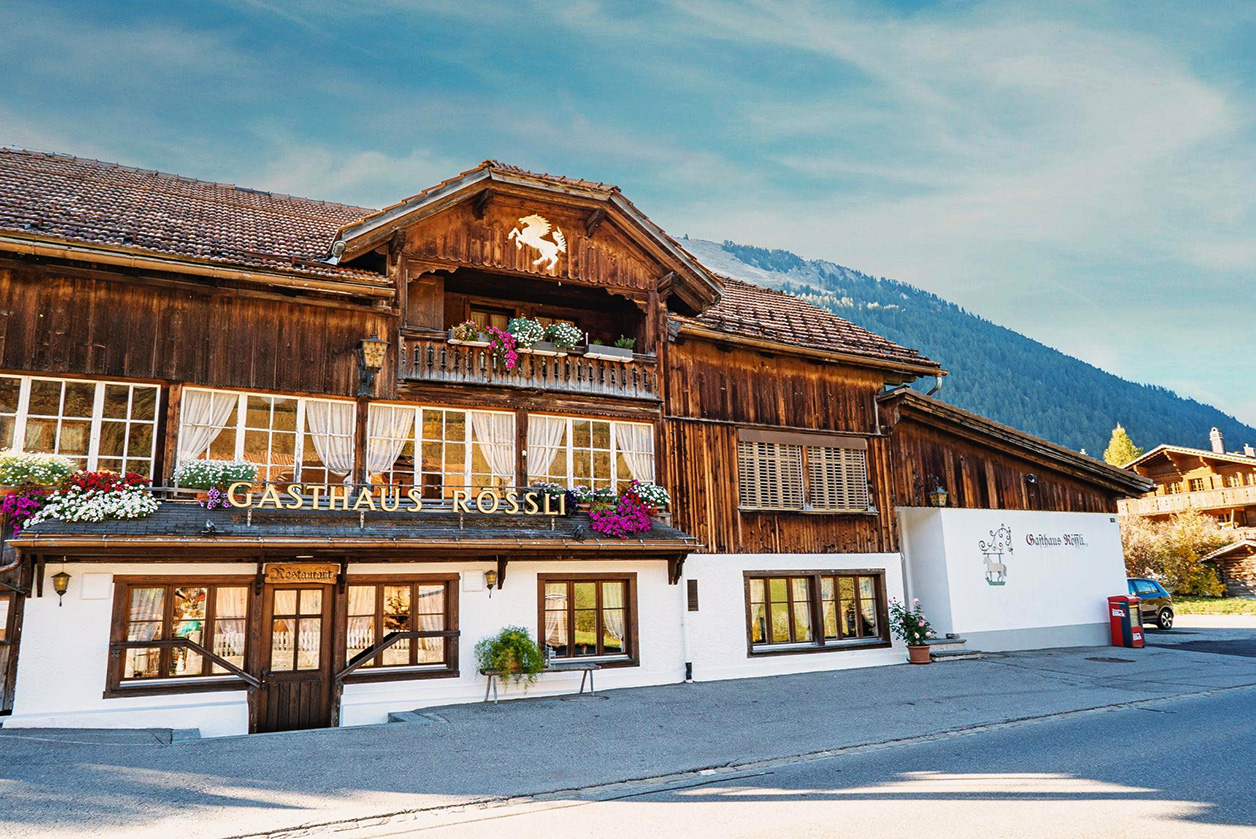 At a just seven minute's drive from the millionaire's resort of Gstaad in the Canton of Bern—Saanen where Jiddu Krishnamurti used to hold summer camps is just around the bend—sound|kaos even are a posh address. Buri Limousine AG will gladly motor you around their picturesque Alpine scenery. Google maps below show us Feutersoey in the center with its Prancing Pony restaurant marked, then neighboring Lauenen one valley over where Wagnerei Oehrli is highlighted as the birth place of all sound|kaos cabinets. 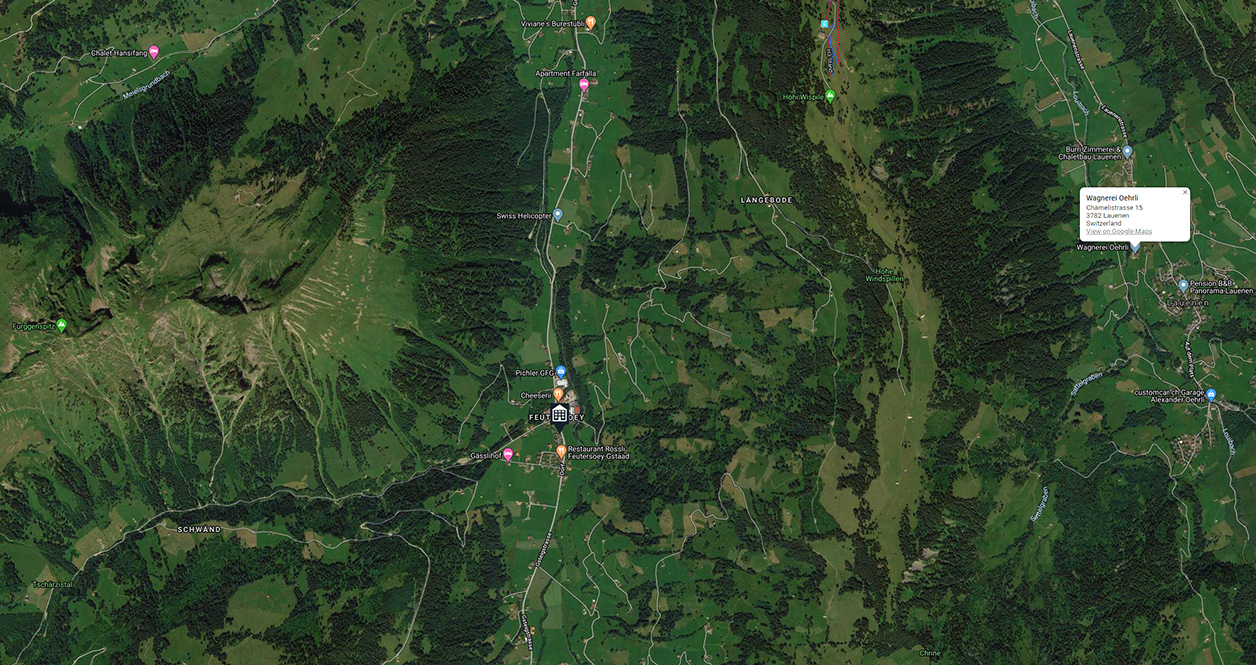 On wood versus metal stand legs. "Wood is firmer in the bass, metal lighter to subsequently reveal a bit more of the mid band. I think it's mainly because the 5x1cm aluminum bar swings a bit and the wood leg is more rigid. I will send you both. Chris says it's also to do with the cross section of the uprights. He did a white paper for Q-Electronics on their 300 tensioned wire stand. It clearly shows that mass is more prone to resonate. It's the same principle as solid wood against heroic metal cabs. Mass retains resonances longer."

"I attempt isolation between cab/stand with two rubber grommets and a sorbothane semi-sphere at the front of the T-plate. There's no direct mechanical fixing apart from the rubber grommet expanding against the inside of the holes in the cab. I look forward to your own findings." Observing material behavior to exploit it doesn't need iron-clad scientific proof. Just pick what works best. It's how speaker designers decide between for example filter capacitors of identical electrical values by different makes. Giving his clients a choice of two different stand legs each with its own sonic profile makes things more interesting. It'll only upset those who haven't yet learnt to trust in their own ears. 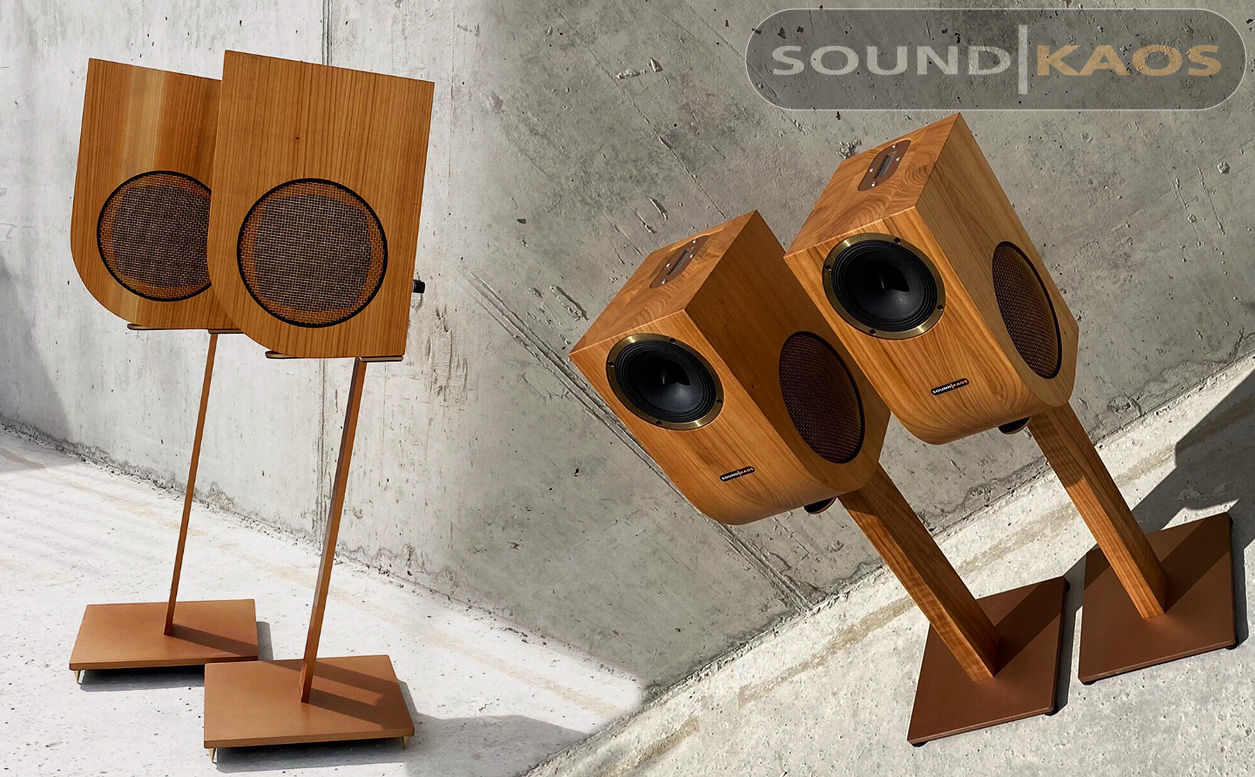 On lack of internal real estate and associated craziness, "it's rather cramped in there. The widebander is best off. It only shares its sealed space with a few grams of lamb's wool. The woofer volume is another story altogether. Even with the 3f it's cramped but with the 3a, we have three honeycomb pads, the filter board with bigger parts, the ribbon's back and two massive woofer motors.

"The final filter calls for one 3.3uF cap and one 6.8uF cap in the critical path. Here you can see the two white Mundorf caps of the 3f and three copper foils for the 3a. I'm about to surgically implant those and try far bigger Rike. Because the 6.8uf are simply too large, I have to piggyback a few 3.3uF in parallel. That's an additional 440 grams for the Jantzen, a whopping 960 grams of solid copper for the Rike. Nuts if you ask me!"

Bananas indeed. But trying to be sure he'd end up with the very best solution meant that Martin had to tango with lunacy.

On his hunt for the perfect widebander cone paper, "I never really got that far with my own search and first attempts where poor. But Armin came across a few samples of the 11cm Navi membrane he thought looked very similar to the 16cm and 21cm he uses for Enviée. So he approached the supplier to inquire if they had more or could make any. The answer was negative. So he decided to send them a sample. On searching their warehouse, they did come across tooling which was a prefect match. According to them it had been gathering dust for the last 20 years. That's back to that Bernard Salabert story with Supravox." 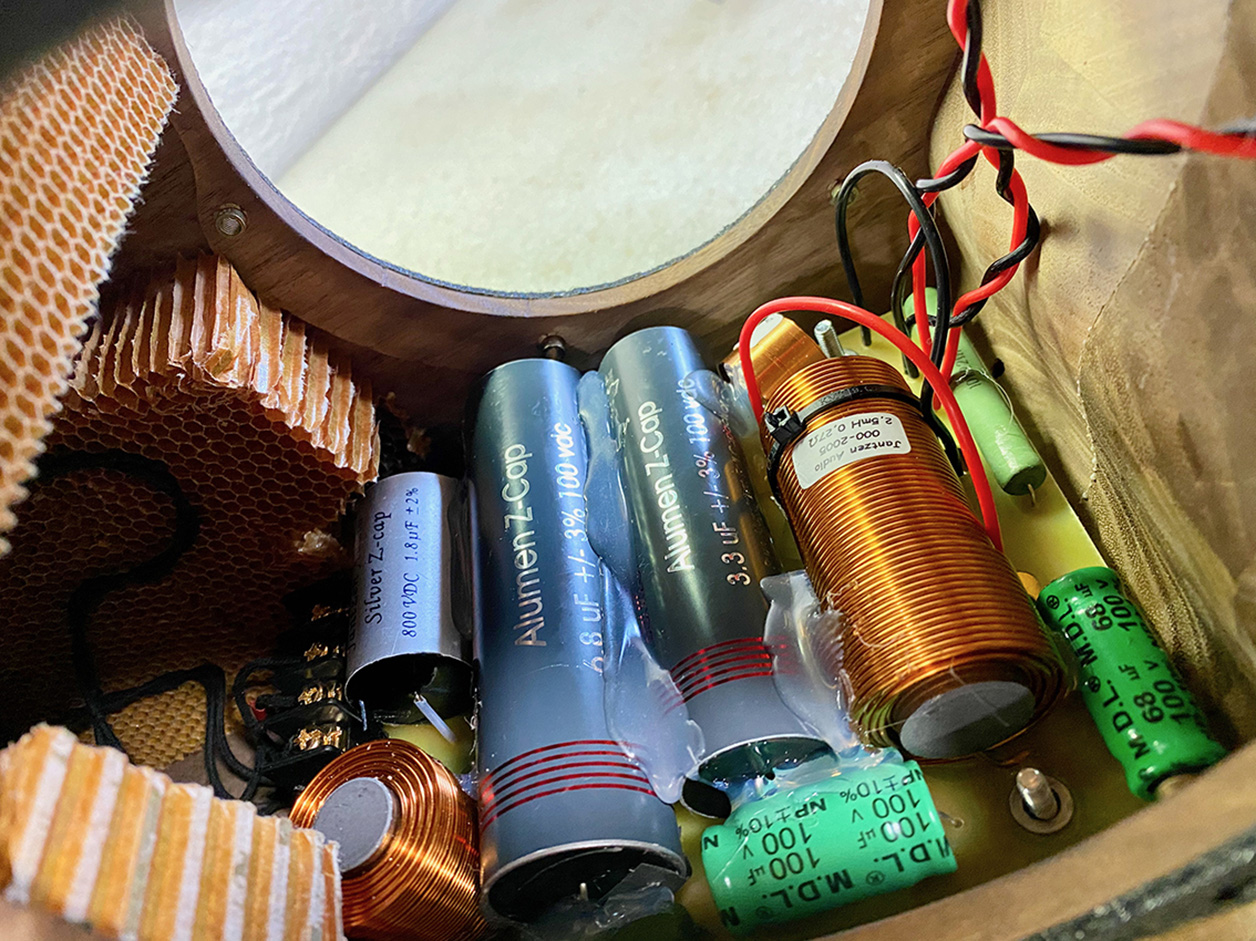 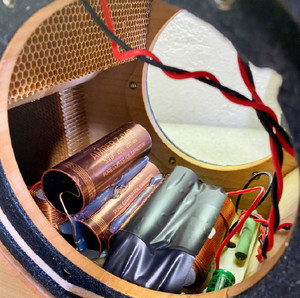 Now the genesis story of the Vox 3a is told in full.

Next I'll mention a happy just 29kg for the single box on my inbound loaners' FedEx tracker. What a break from back-breaking deliveries. This included the stands with wooden and metal legs. Small wins big!

And of course I just had to ask whether stark craziness had won the capacitor battle or relative sanity prevailed.

"You're getting a cherry pair with Jantzen Amber copper caps. The Rike got the better of me. With them I couldn't get the crossover back into the box. It took the Jantzen coppers a good 100 hours to come up against their aluminum brethren. So that jury is still out. Rike did tell me to give theirs at least 300 hours before they sound their best. So I suspect they'll still improve over time. Currently I don't think the extra cash of 4:1 is justified. I have another pair cooking so will decide next week. Strangely the step up from Mundorf to Jantzen aluminum was quite considerable." [Crossover photo at left of actual review samples.]

To revisit the basic specs from my included owner's manual with photos and measurements of the sample pair, 36 x 17.5 x 27.5cm HxWxD, 7kg/ea., 1.1 liters for the widebander rear volume, 5.4 liters for the rest, stand height 48cm, overall height 84cm. Your amp will see a 15Ω impedance peak at 25Hz and a 12.5Ω spike at 80Hz. Finally there's a broader 16Ω peak at 3kHz so nothing doubles the 8Ω standard.

If you still wondered about an earlier question Martin posed himself—would lacquering these solid-wood cabs change their tone—here's what he learnt. "Didn't perceive any difference on the white pair. The compact cab on the Vox seems quieter on vibrations. They are hardly noticeable to the touch unlike on the Wave 40 with its larger surfaces. We made some enclosures from steamed beech especially for painting. That wood is a tad cheaper but gives a very nice paint finish. Will send a 3a pair to the painter next to see whether the 11cm Enviée has more influence on that. This new driver has really grown on me over the past few months. It has a lot of the 16cm widebander's midrange body and warmth in the Skiny 16; but unlike the whizzer-equipped 21cm a very clean top end. The 3a is voiced a bit more forward in the mids than the more bass-centric 3f. Due to the larger membrane, its lower mids are fuller and the filter slope on the two woofers is steeper to not lose that. You really do hear the cone's DNA with its pleated surround. It has that same very clean detailed sonic projection as the larger siblings."

Beech cabs prior to painting.