Returning upstairs for some method games, I compared the Bakoon AMP-13R's no-loss controller—it sets actual amplification factor—to bypass whilst fixing volume on the JAVS in variable-out mode instead. At my regular room levels, that meant ~9:30 on the DAC, so significant attenuation off its 2.5V RCA outputs. On a native 96kHz track which turned the DAC's logo to a darker shade of green than the power supply's, I didn't perceive any sonic loss versus running the DAC wide open and trimming gain on the amplifier. With standard RedBook material and at background levels instead, I did prefer fixed gain on the DAC because it gave me more fullness and density. If you use an integrated not power amp, compare your two volume controls to see which combination sounds better. The rear switch on this DAC easily defeats its own. Alert: this only affects the RCA and headfi outputs. The 3V XLR outputs are always fixed. 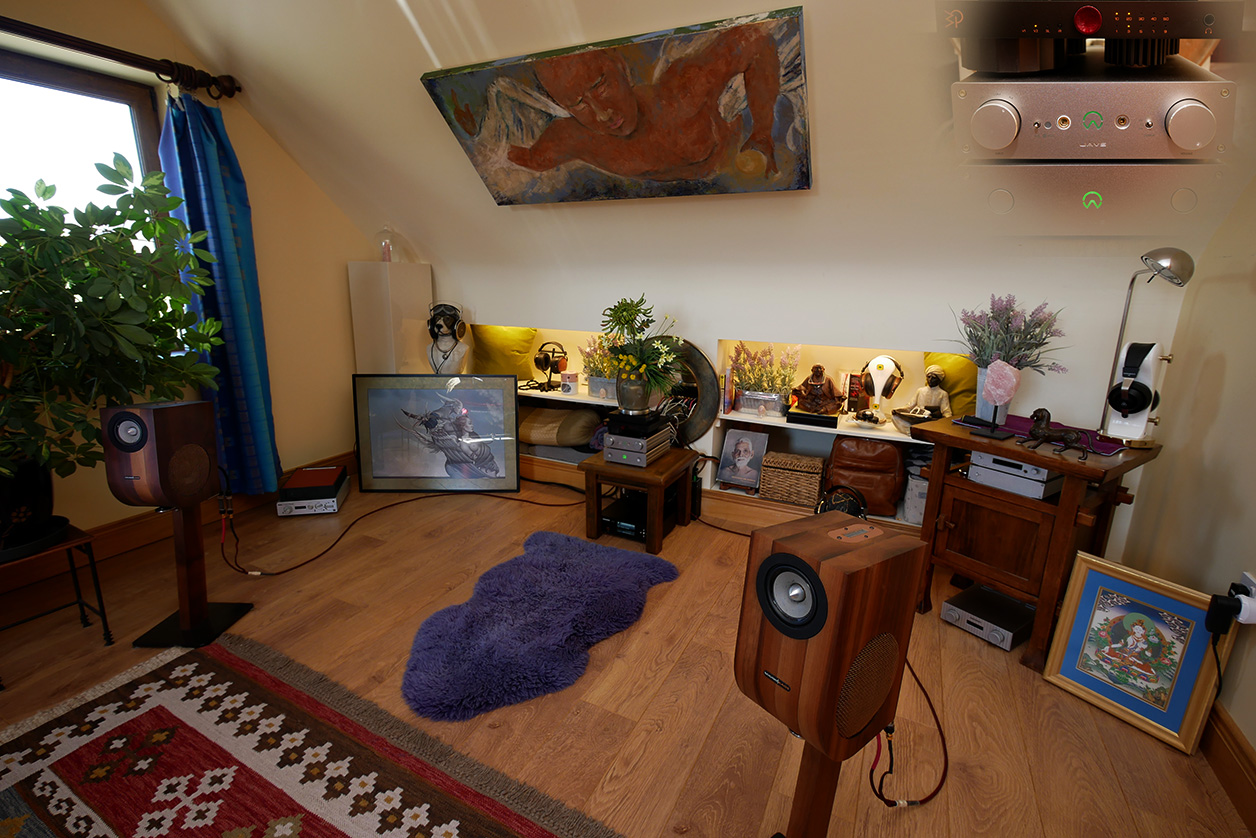 The next test compared the X7 to Kinki Studio's Vision DAC-1. When I reviewed that two years ago, it sold for €1'250 from Singapore's webshop Vinshine Audio. At €1'380 sans battery supply, the Jineung is priced very close. On metal work, weight and size, it is utterly crushed by the full-size Kinki. Once we factor in their upgraded power supply, team Seoul obviously ask more than double. Time then to compare JAVS stock and upgrade power supply. For converter silicon, both DACs rely on Asahi Kasei. Kinki use their older AKM4495 chip, Jineung the newer 4497EQ. How would the Soundcat fare on its stock switching brick against Kinki's linear job? The comparisons used the same Crystal Cable power cords, analog XLR cables and Allnic AES/EBU digital link to eliminate other variables. For amps, it was back to the Simon Audio i5 to accommodate balanced signal transmission. Speakers now were petite 4-driver 3-way Swiss sound|kaos Vox3 with Zu Submission assist below 40Hz.

Pared down to a €1'380 half-width deck with small wall wart, the Jineung laid the music out lighter, more centrally compact and with crisper more quicksilvery undertones. The weightier, warmer more relaxed Kinki was also spatially more expansive. Adding batteries to go full width albeit at still less than half Kinki's height, the Soundcat expanded dimensionally to literally grow also in sound. It gained in gravitas and relaxed more into this greater profundity to now exceed the Kinki on fullness, tonal heft and flow whilst exercising superior resolution. Particularly with top software, going the JAVS twin-chassis route meant more depth of field, more teased-out venue acoustics, more inter-performer space and a simultaneously softer and heavier makeup of tone textures. 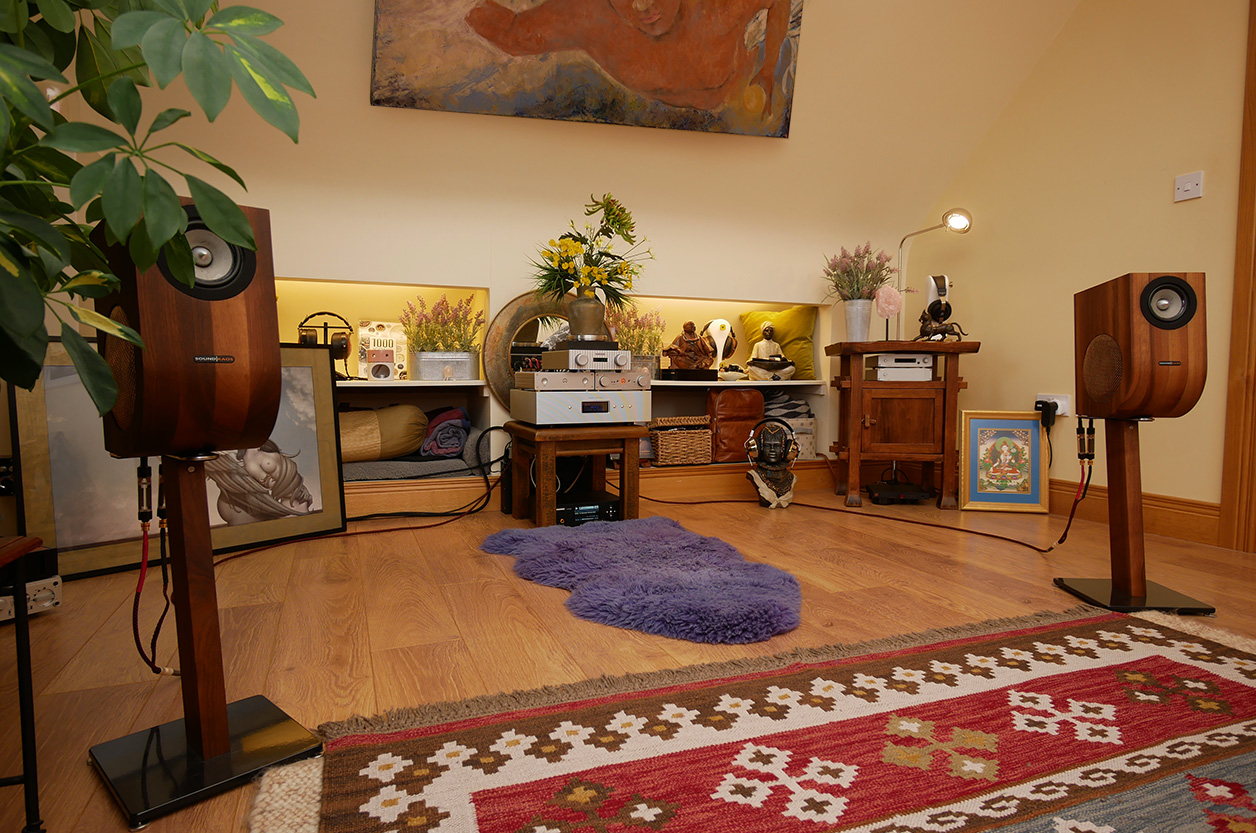 Without Clean Power so only one Soundcat logo is lit showing a 44.1kHz sample rate.

This change wasn't so dissimilar from aging after which a young leaner whippersnapper fills out, calms down and expresses himself with weightier less superficial experience. Even though the Clean Power didn't add power as scaling up amplifier models within a line implies, it sonically still mirrored what going from a 100-watt to a 250-watt amp tends to do. Perhaps it did involve higher current delivery? This difference wasn't subtle to require golden or silver ears. Even brass jobs could tell just a few bars in. That makes for a practical upgrade path. It spreads the investment across two equal stages. It also has me wonder what the Clean Power could do for other components with external SMPS of the right rating. Being able to simultaneously power the matching X7-DDC could mean a second JAVS upgrade step if it proves as efficacious as our Soundaware D300Ref is on the Denafrips Terminator, as the Mutec MC-3+USB had been, as the Innuous Phoenix is claimed to be. Why such intermediary clocking devices can improve a quality DAC's own USB implementation I don't really fathom. My ears simply know that they do. It's why I wrote this short feature.