After a week of 24/7 calisthenics, things moved into the big system to confirm sample-rate support over USB which doesn't factor upstairs. Audirvana instantly recognized the device as X7DAC-MQA and showed compatibility to 384kHz. This properly required that the input selector sat on the USB-B option. Switch to coax for example and USB gets bumped off immediately even though your USB cable remains seated. That closes the door to PC noise. Since I don't do MQA or DSD, I didn't select those options in Audirvana. Setting 64-bit software upsampling to maximum power of two, the player confirmed 24/352.8kHz output from a 16/44.1kHz input and Seoul's logo color duly turned violet. A pair of Meze Neo Classic had sound. Check for DXD. 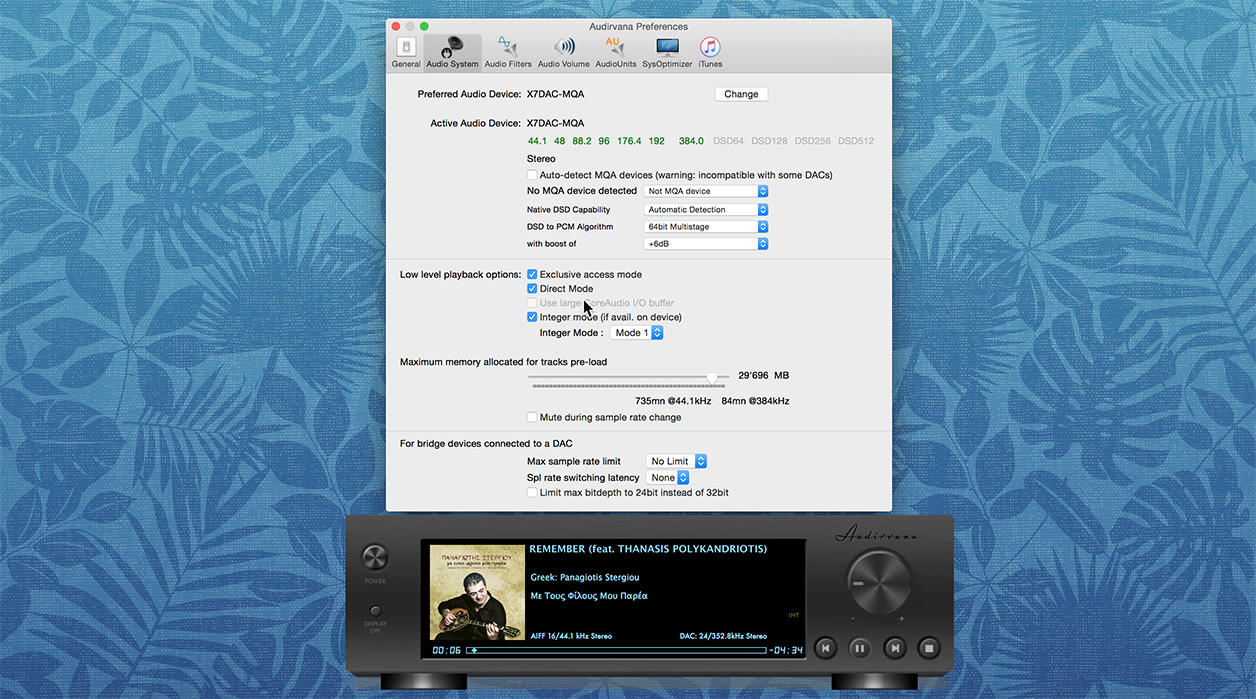 To test I²S, I connected an AudioQuest HDMI cable to our Soundaware. It's my preferred USB bridge/SD card reader for our Denafrips Terminator DAC. When the X7's logo held a steady violet, I thought myself in luck since it indicated signal lock. The light otherwise blinks. Alas, the D300Pro maxes out at 192kHz so the light should have been blue. And blue I was with no signal. Gunhee would have to explain their HDMI pin assignment for I²S. It determines what machines other than their own are compatible. Ours wasn't. "Our JAVS LINK III transfers I²S signal between our X7-DDC Femto and X7-DAC MQA via HDMI. It is most likely incompatible with Soundaware because we designed it exclusively for the X7-DDC."

Never mind, I was ready to learn what type headphones would fall within this discrete op-amp power envelope. The Meze came fully on song at 9:00 on the dial. Hola! Just what posh reserves did we have here?

That was answered an instant later. 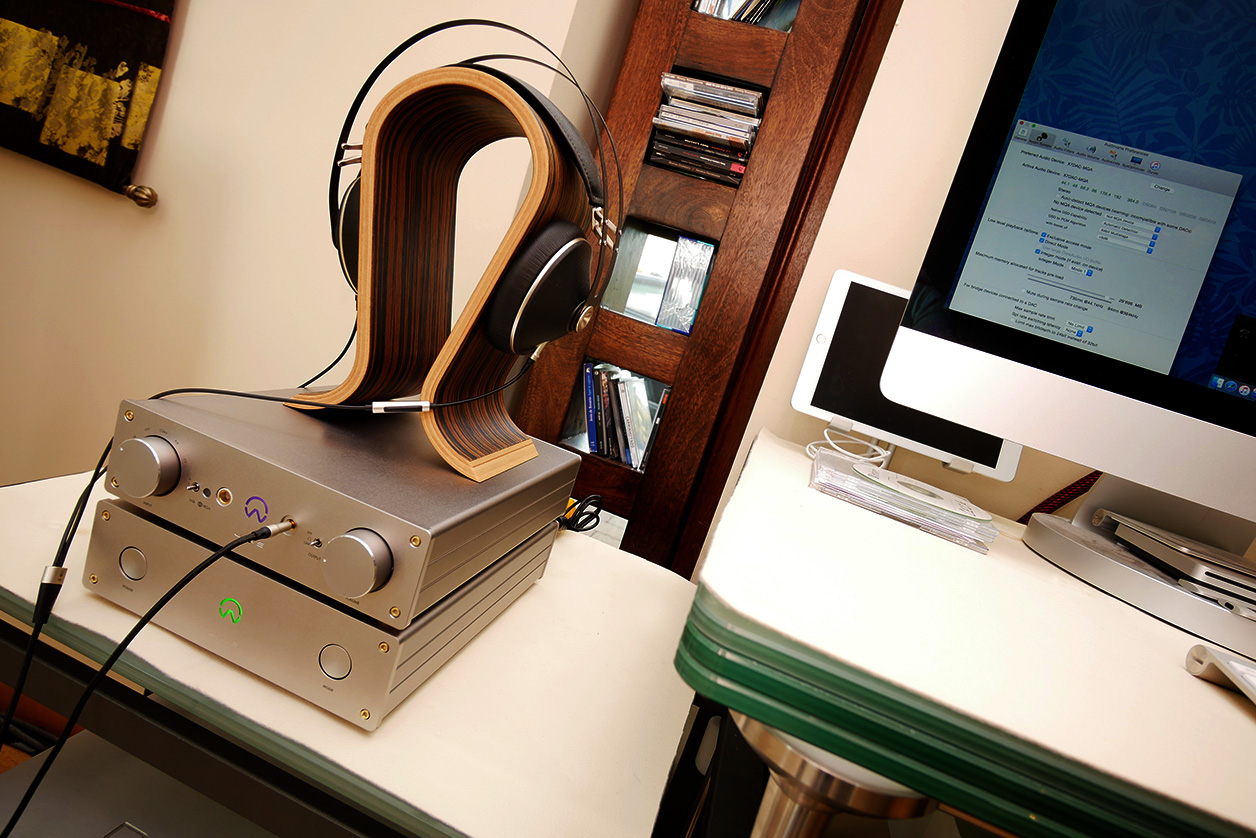 At high noon, HifiMan's Susvara had lift-off. At 3:00, they were louder than I'd want most the time. Owners of these notoriously thirsty €6'000 flagship planarmagnetics already own boutique headphone amps. That goes without saying. Ticking these loads off now simply proved that anything similarly bearish but more aligned with the X7's sticker will likewise be happy. And that was a surprise like this Macedonian tune by Karolina Goceva based on a lilting 9/8th beat.

The next was a warmer mellower bassier balance with high rhythmic propulsion and unexpected weight. It felt expertly 'mixed' for close-up comfort and long sessions. After all, what's sonically nearer than headphones? This was different from the upstairs DAC-only sessions. Their general tuning had indicated more focus on speed, sorting and transparency. The class A-biased headfi circuit was tuned more Pass than Soulution amplifier, more Audeze LCD-CX than Sennheiser HD800 headphone, more Burson than Bakoon headfi gain, more Serblin-era Sonus faber than YG Acoustics speaker.

And like this Armenian number from Treasures which Arpi Shanubarian made over for glossy modernity rather than deliver as a purist folk song, that was a happy thing.