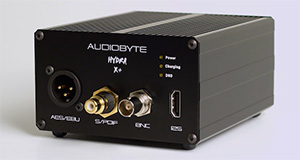 Back on the desktop, I wanted to enjoy a YouTube video at its usual compression straight off my HP work station but first needed to download a Windows drivers for which the JAVS website had no link yet. Off went an email to Gunhee.

I also wanted feedback on my failure to loop signal through the Clean Power. Had I misunderstood and attempted something illegal? Was that route meant to work? If so, I would try again on the desktop in a Windows context. Perhaps Audirvana/PureMusic behind iTunes had thrown an unintended spanner into these works. Or was it a matter of how the Clean Power treats USB ground which made actual data transfer intermittent?

Finally, was the companion X6-DAC Femto still listed on their website identical to the X7 just minus MQA as its descriptions and photos suggested? In which case, what were the savings for customers who don't want or need MQA?

Over the weekend, I kicked off S/PDIF over a battery-powered Audiobyte Hydra X+ which on my desktop usually feeds both COS Engineering's H1 for headfi and Fram's Midi 150 monitors. Using a USB bridge to supply parallel components with digital signal avoids having to switch them in Windows. When this setup sounded far better than Meze's Neo Classic could realistically do justice to, I upgraded to HifiMan's HE-1000 planarmagnetics.

Those sat at ~10:30-11:00 on the dial with Spotify Premium streaming a floating 3+3+2 number with Mohamed Rouane's mondol. It's a lesser-known mandolin cousin to the Arabian oud. It's from his winning Nulle part album. Even your purely bilingual German scribe—hey, if not surround sound then at least he does stereo—knew that this wasn't nowhere. 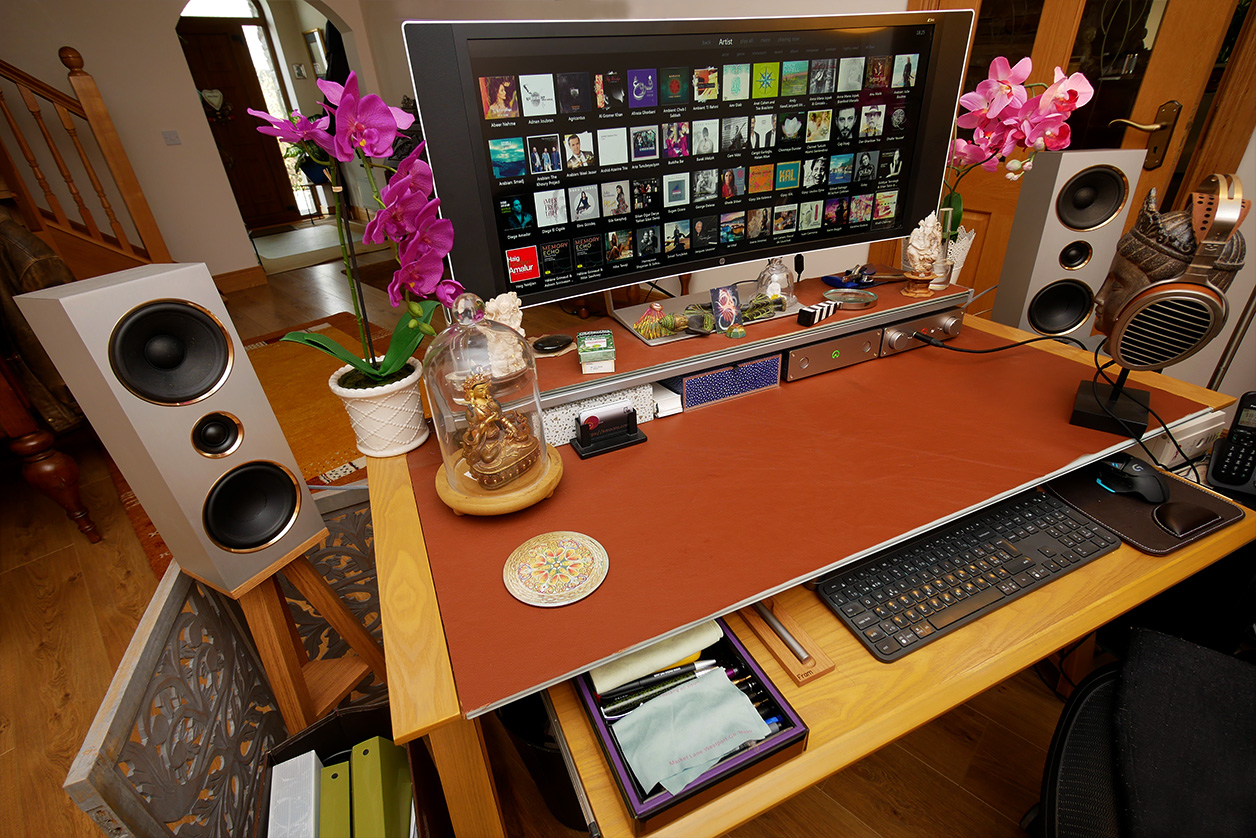 Listening to 320kbps compression was definitely not nulle part but illumination. That's where purist pundists and snooty snobs lose the plot. Discovering new music on Spotify or YouTube far outweighs raw sound quality. That's especially so if the latter is as full-bodied and dynamically vigorous as the X7 managed with the twice battery-cleaned/clocked USB signal I had now. Audiobyte played the part a JAVS X7-DDC could have had it been part of this assignment. Once I had the link to download the XMOS XCore 200 driver for Win7, I could compare this feed to direct-from-PC USB.

Using the short wait as an intermission, what if any personal nits had my time with the two sonic cats netted by then? Only that the back-lit logo on the Clean Power was still far brighter than the DAC's. That could easily be dimmed to avoid retina burn and provide a visual intensity match. Color coding à la Chord was visually busier and for sample rates arcane not intuitive. These half-width chassis simply leave no room for individual sample-rate lights of the same color. Now Jineung's solution provides feedback in the most compact way possible. That's no complaint, just observation. As it turned out, I really had no legitimate complaints. These Soundcat twins were unusually full-featured kit cleverly designed and finely built: slinky lounge leopards, not grungy alley toms. The same designer spots go to packaging and sonics. This might be a new brand but it pounced into action fully groomed and mature. It's represented by the next track where absolute minimalism says a lot more with far less. Keeping it simple is harder.

Bringing the stack back upstairs to once more replace the Kinki DAC drove home the difference in resolution and body. Having, a bit grudgingly at first, acclimated to the Chinese again, moving one country over to the Jineung stepped it up once more. After longer exposure to burn out any short-term infatuation, it's always the final contrast against the familiar which best documents any true gap in performance. Our hearing adapts far too quickly to changes but can't fail to judge instant contrast. The verdict was plain. This twin stack lived on a higher plateau than our usual. By triangulation, this included the Questyle CAS192D which in this smaller room plays Kinki alternate. Then the Koreans add very good headfi which the other two don't even have. That equaled more meow for team Seoul. The X7-DAC Femto + Clean Power played on the COS Engineering H1 tier, thus priced out commensurately. Now a duel against the €2'495 COS was inevitable. It'd be one thicker chassis versus two thinner ones, dual-mono Burr Brown chips versus a single Asahi Kasei, RCA versus RCA+XLR analog outputs, 2 x XLR3 combo vs. 3.5mm/6.3mm headfi, a display vs. none but MQA.