If you were curious about Aarka's inner goings-on, these drawings show how the 1.3m long line behind the 5-inch widebander executes with seven lateral bends. 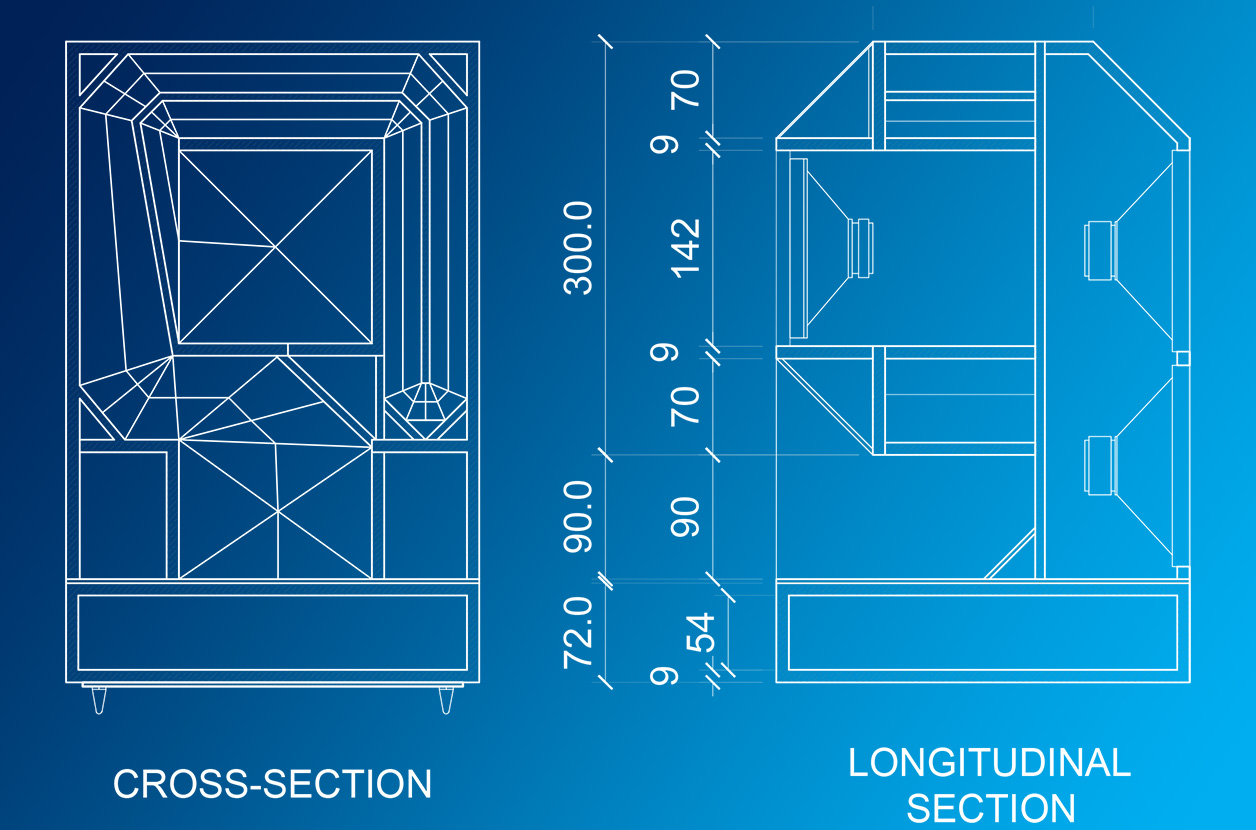 When Prabhu's 'shipped' email arrived with advance copies of the waybill, I saw listed as exporter Design Build Private Limited, Jacob's furniture/speaker workshop in Kakkanad. The pallet weighed 50kg. 10kg of it went to the pallet, dimensions of 90x39x67cm to each of the 3 boxes on it. The 8-page shipper certificate was the longest I'd ever seen. It contained a declaration for cargo containing magnets stating that "leakage flux using a hall effects probe and gauss meter found less than 0.002 gauss at 7' from the package". This seemed to anticipate a dangerous goods inspection to ask for exemption based on compliance with a regulation referred to by number. So did another declaration saying that the goods were in proper condition for transportation on passenger-carrying aircraft. No prior shipment from South Korea, Singapore, Taiwan, New Zealand or China had ever carried this much paperwork. Apparently heightened security regulations for international shipments had increased to now demand a lot more compliance certs.

The only unusual such inspection I could recall from the past had been concern over certain potential larvae in a wood product exported from a Pacific Rim country. That shipment had been opened and fumigated at my country's import airport before being cleared. Shipping electronics across international borders seems no picnic these days. Rethm's by then had left their connecting flight out of Dubai, passed Leipzig and landed in the UK's Midlands before making the final trek to Ireland's Shannon. All documents seemed in proper order. Having entered DHL's data base on a Tuesday in India to take leave on Thursday, the pallet arrived in Ireland that Sunday. It cleared customs at 7:13 on Monday, missed that day's truck and made a Tuesday delivery. So the trip from faraway India to rural Ireland's west coast took eight days – useful data should you shop direct because your country has no Rethm importer. "Coming from India, I'm always concerned about value. Aarka is very expensive to make. My factory tells me that it takes us many more man hours than Bhaava. And that's where most of our money goes, into labour costs."

Packed very well on its half-size non-wood pallet, for their flat-packed stands Rethm had taken a page out of Ikea's book. After unwrapping each panel from its cling film, I saw numbered printed stickers. Not only did they indicate what went where but they were affixed such as to be completely covered once I assembled things. No sticker had to be removed. 24 bolts later, both stands were upright. 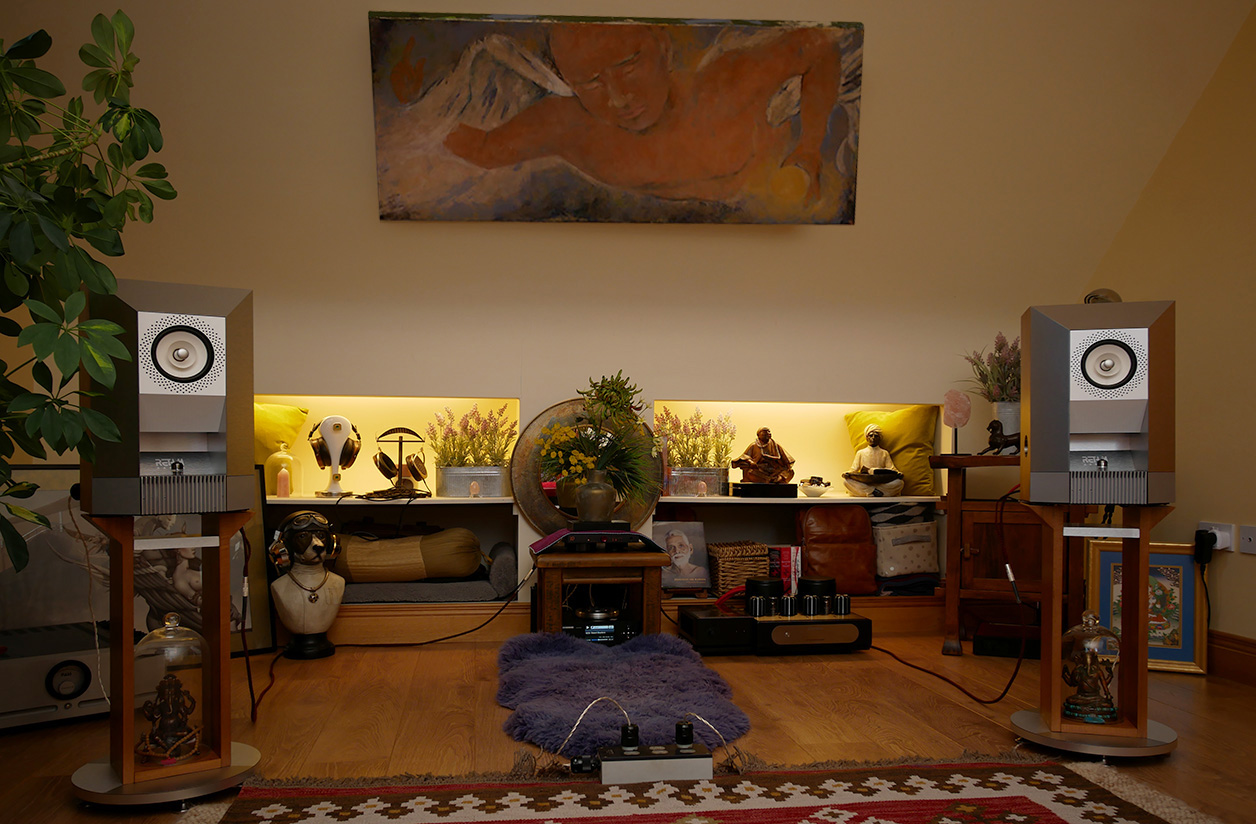 The owner's manual consists of an exploded stand drawing as visual aide; and this drawing of Aarka's controls. To limit visual fixings on the exposed rear corners, three more switches locate on the bottom: the 115/230V voltage selector; the bypass for the class A widebander amp; and its on/off switch. The latter is obscured by the stand, the former two aren't.

Cleverly, Aarka's tube heaters double as power LEDs. They glow typical orange even with the 10-watt amp behind them off. In the following shot, we see the extra white LED which shines up through the tube when the internal class A amp is on. Just by looking you know what mode you've set. 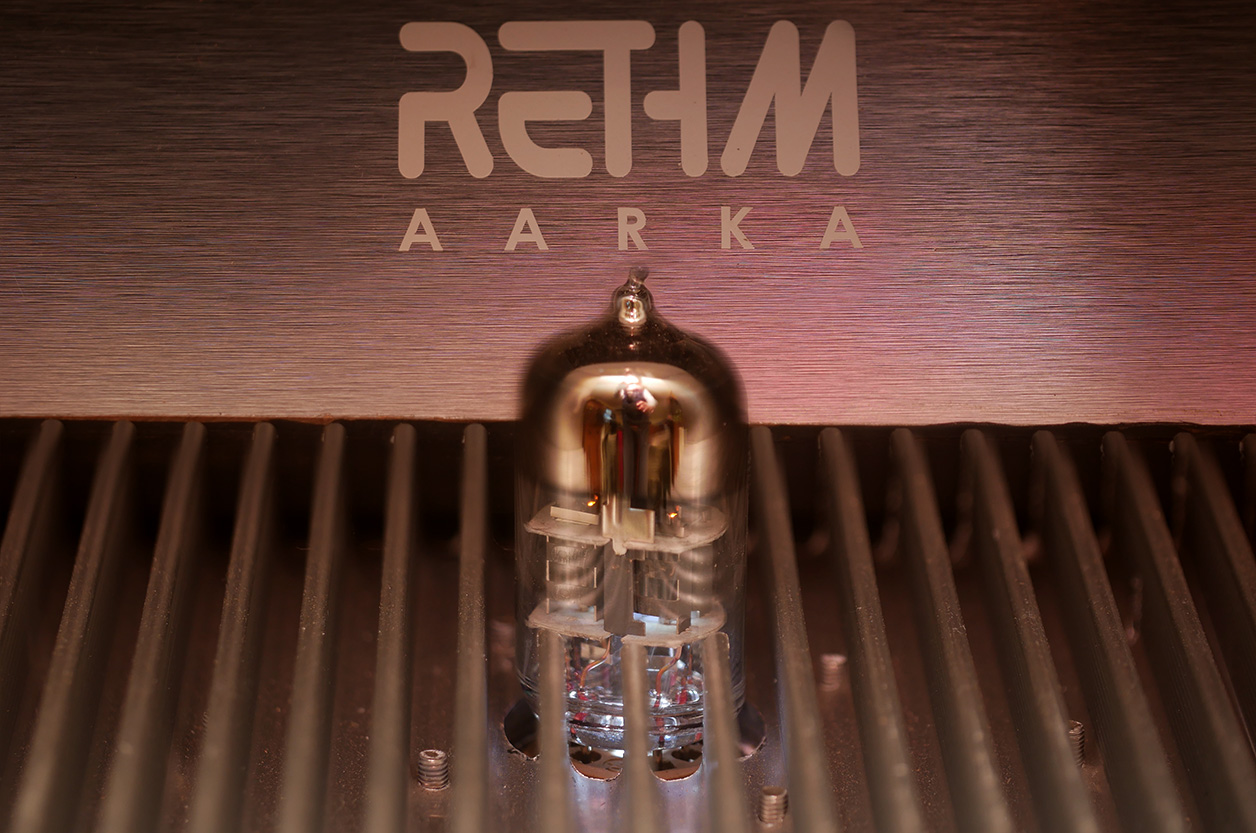