Dirty spectacles? "I'll send you drawings with final dimensions later because we must first modify the originals. We always start with a drawing set I conceive but as we audition prototypes, I make direct changes with my workshop's staff not architectural team. Only when things are finally final do my architects redraft the drawings. We now are at that point to fast-track everything and make the Chicago deadline.

"Calling the top 10-watt amp a hybrid means it's class A transistors with a 6922/E8CC driver. While the amp could play without this tube stage, providing a current/voltage boost with a driver and particularly a valve just adds more body and muscle. We haven't measured the speaker yet but I really don't attribute a lot of usefulness to published measurements except while I design a driver. Then measurements are critical. For voicing, we know exactly which frequencies do what while we shuttle between our measurement room and listening studio. But if I tell a lay person that what they hear as high-frequency energy with the tiniest shimmering bells or trails from a hi-hat doesn't exceed 8kHz and its useful harmonics not 16kHz, they reply that I don't know my stuff. Most of them demand that a speaker hit at least 30kHz before they take it serious. My own experience tells me that it's rather the energy density between 6-12kHz which is critical to what we call transparency and life in the treble. For our monitor's bass reach, I'd say approximately 35Hz depending on room/boundary gain and how one has set the bass attenuator."

As you might have gathered, Jacob's other business is an architectural firm in Kerala's big city of Cochin. It explains why all of his speakers would be particularly rich in complex shapes and unusual combination of curves and angles. Those tell us that fabricating such shapes is rather more involved than gluing up a mitre-folded rectangular box. 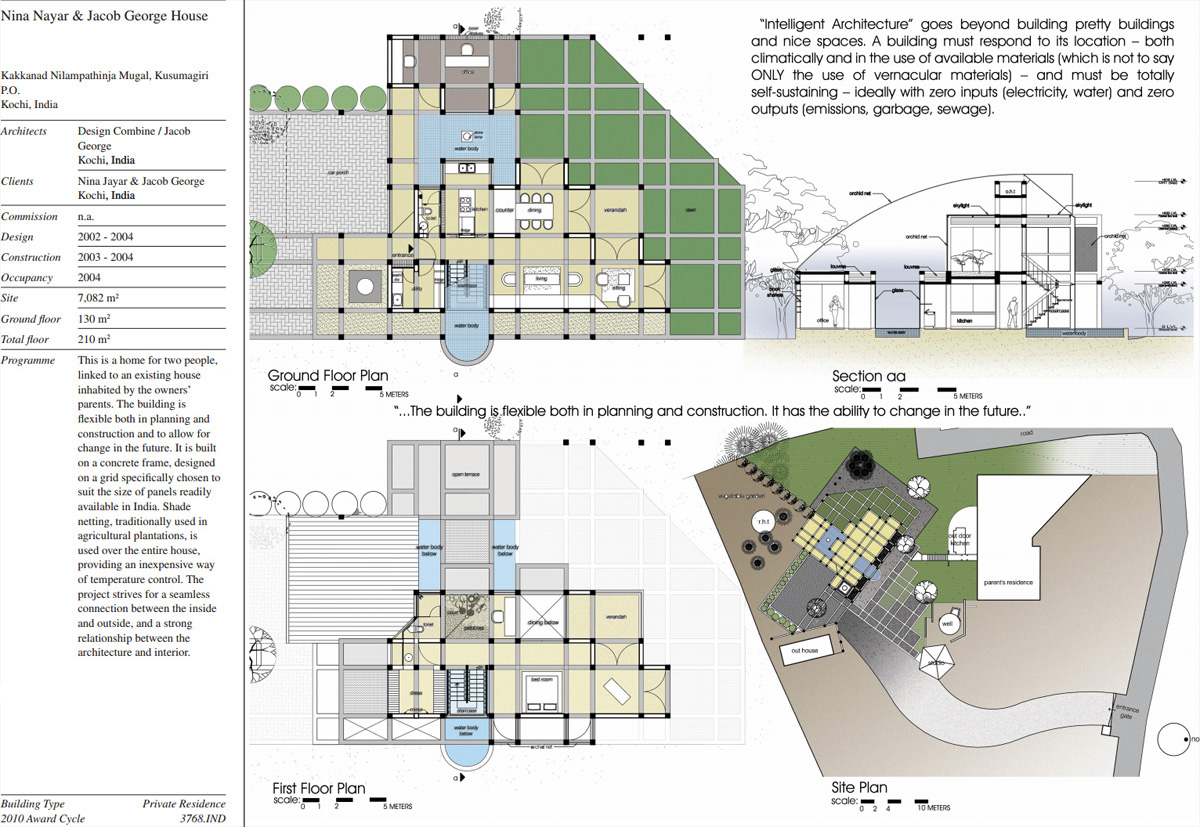 Jacob's Metaspace website has these images of his house.

For a commission, Jacob and his workshop staff even built a widebander surround-sound set. The Rethm portfolio includes the tube electronics and modular racks shown below in Jacob's system. As a widebander aficionado who worked with then modified Lowthers before minting his own then added active bass to the single-driver mix, Jacob's brand belongs to a tiny club with members like AER, Camerton, Cube, sound|kaos, Voxativ and Zu. These outliers all use their own widebanders. Most by now have embraced auxiliary woofers to build out bandwidth for bass-heavy modern music. With its reliance on synths and loudness, 60Hz deemed sufficient during the Western Electric era is no longer enough. Modern movie soundtracks of especially action films can be even more demanding on that score. Click here for another interview with Mr. George. 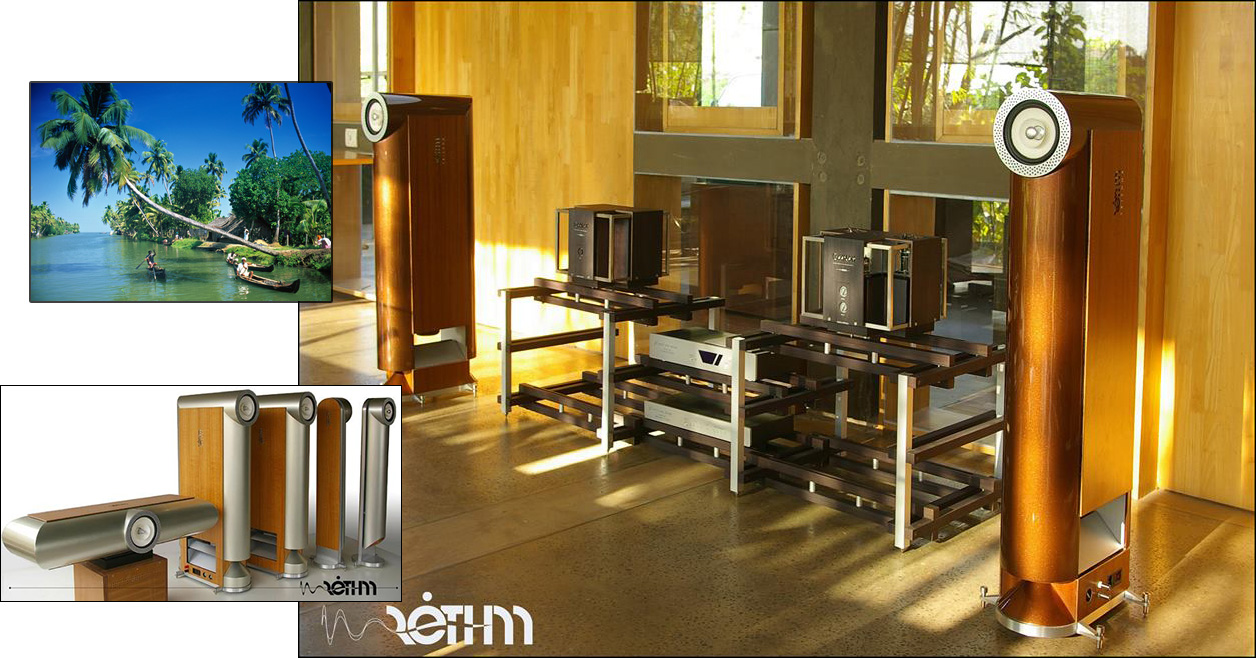